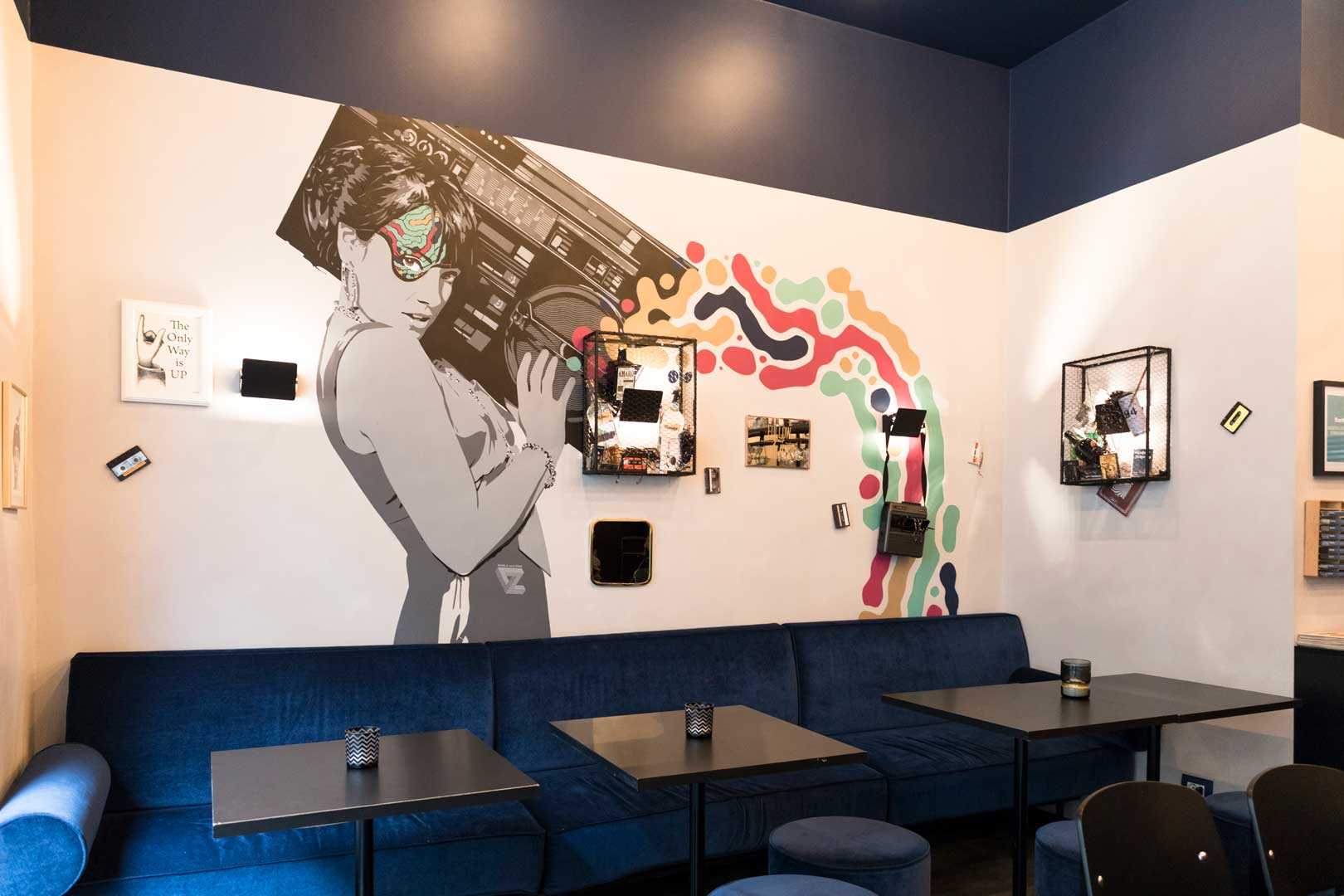 Are you ready to relive the most colorful decade ever?

The 80s were a magical decade. Not surprisingly, even those who have never even seen them feel a twinge of nostalgia each time they are mentioned. Everything that could happen, happened: international intrigues, cult films, bright colors, improbable hairstyles and many, many synthesizers. It’s precisely by virtue of their immortal charm that one of the most eclectic bars in Milan, Barba, decided to undergo a makeover. 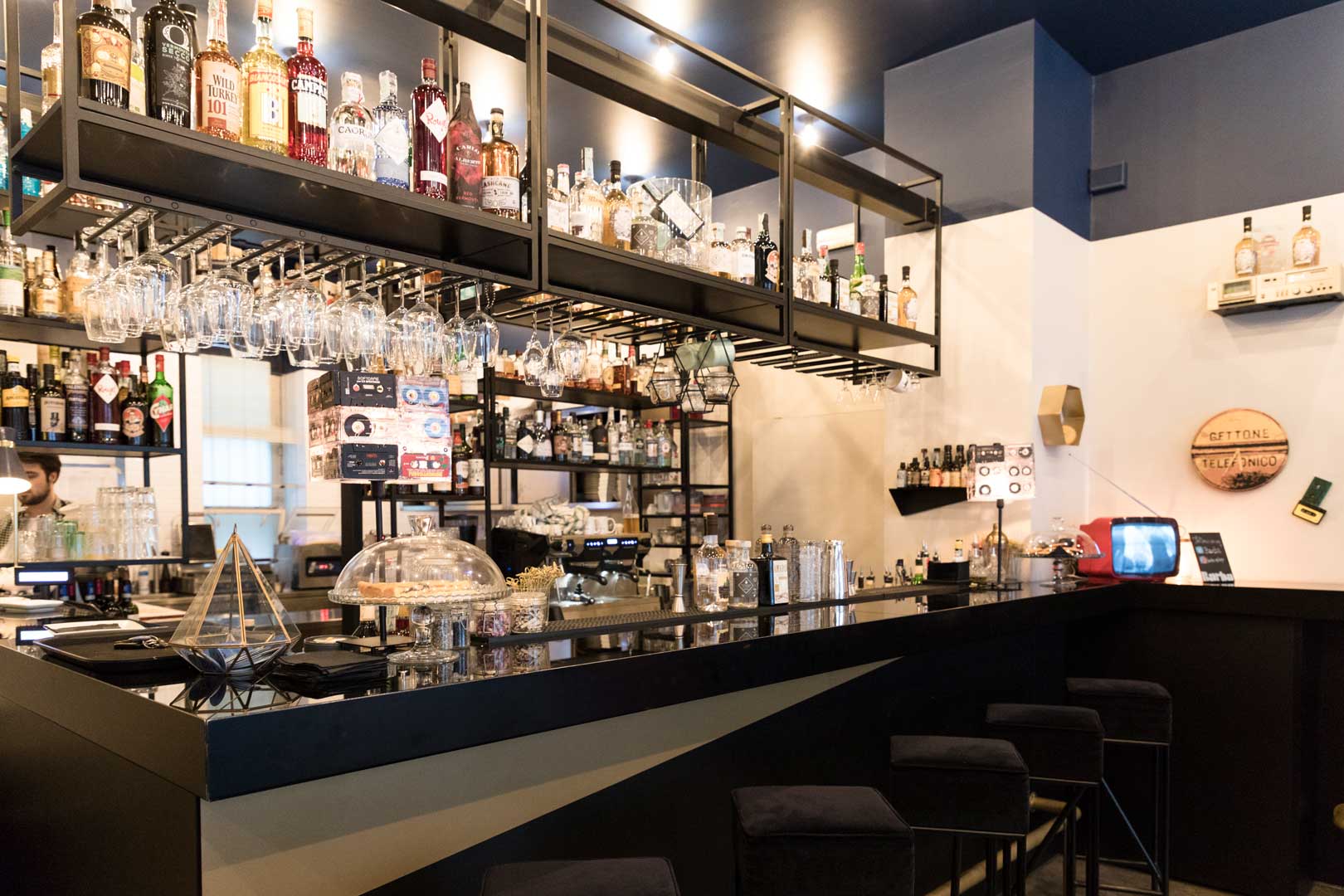 Back to the past, one would say, and instead it’s a return to the future because, if you remember that the previous mood of Barba was inspired by the vintage world of the ’60s and’ 70s, moving forward a decade (not only aesthetically, but also musically, as you’ll discover by listening to the playlist inside) the bar moves towards the future and not towards the past. Barba, after all, has never been a place stuck in the past, if anything it’s a place that looks at the past but only to improve the present. 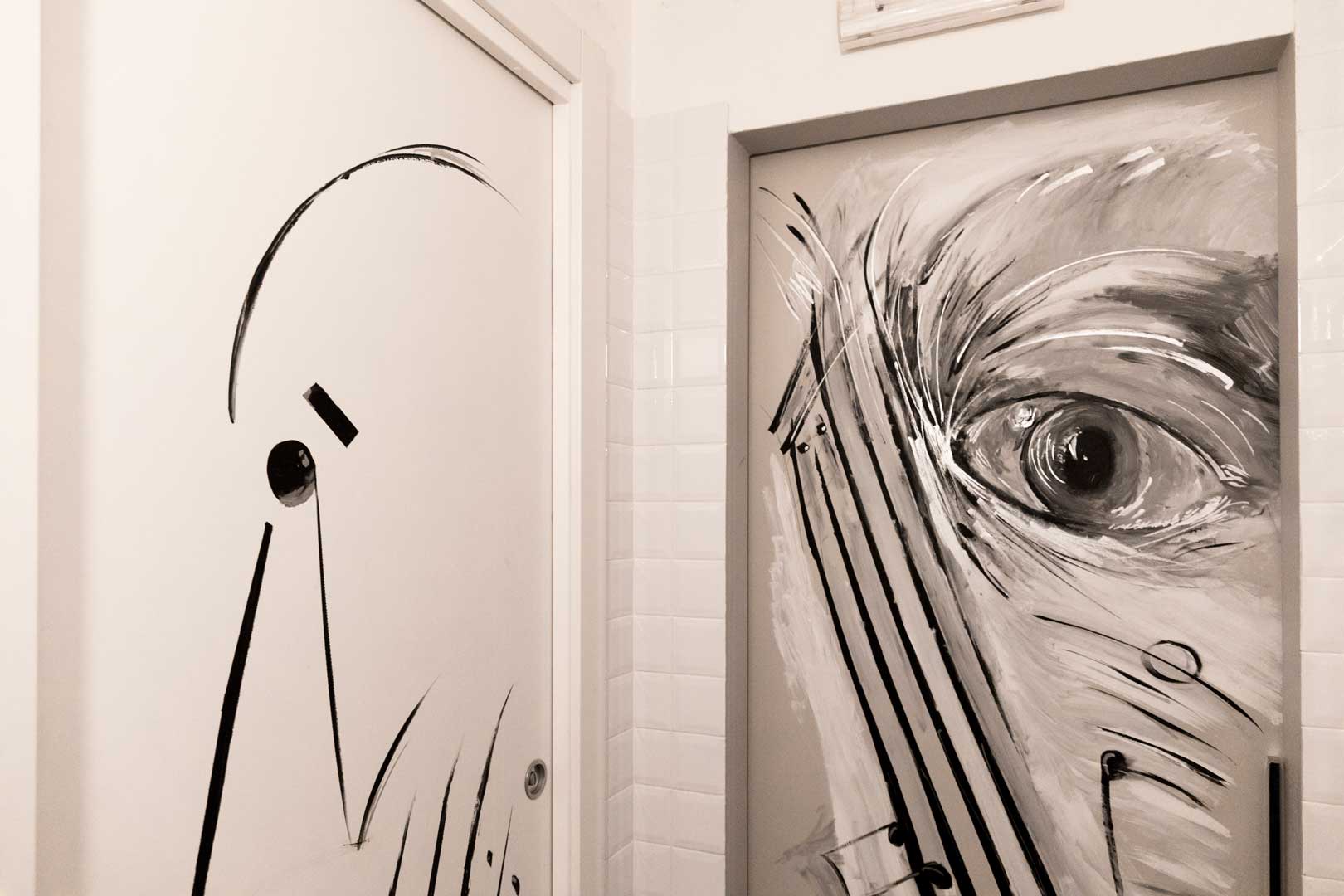 The temporal shift is pesent in small and large details. First of all the beautiful mural of the street artists duo Nabla & Zibe which depicts a girl who listens to music from a typical stereo of those years while the color spots of her thoughts fly away on the wall. Then from the novelties in the menu that are not only content-related, but also structural: if the vinyl from which you ordered the cocktails has remained, while changing appearance, now you’ll find the lunch menu on the back of a CD-ROM while the bill arrives in an audiocassette case. 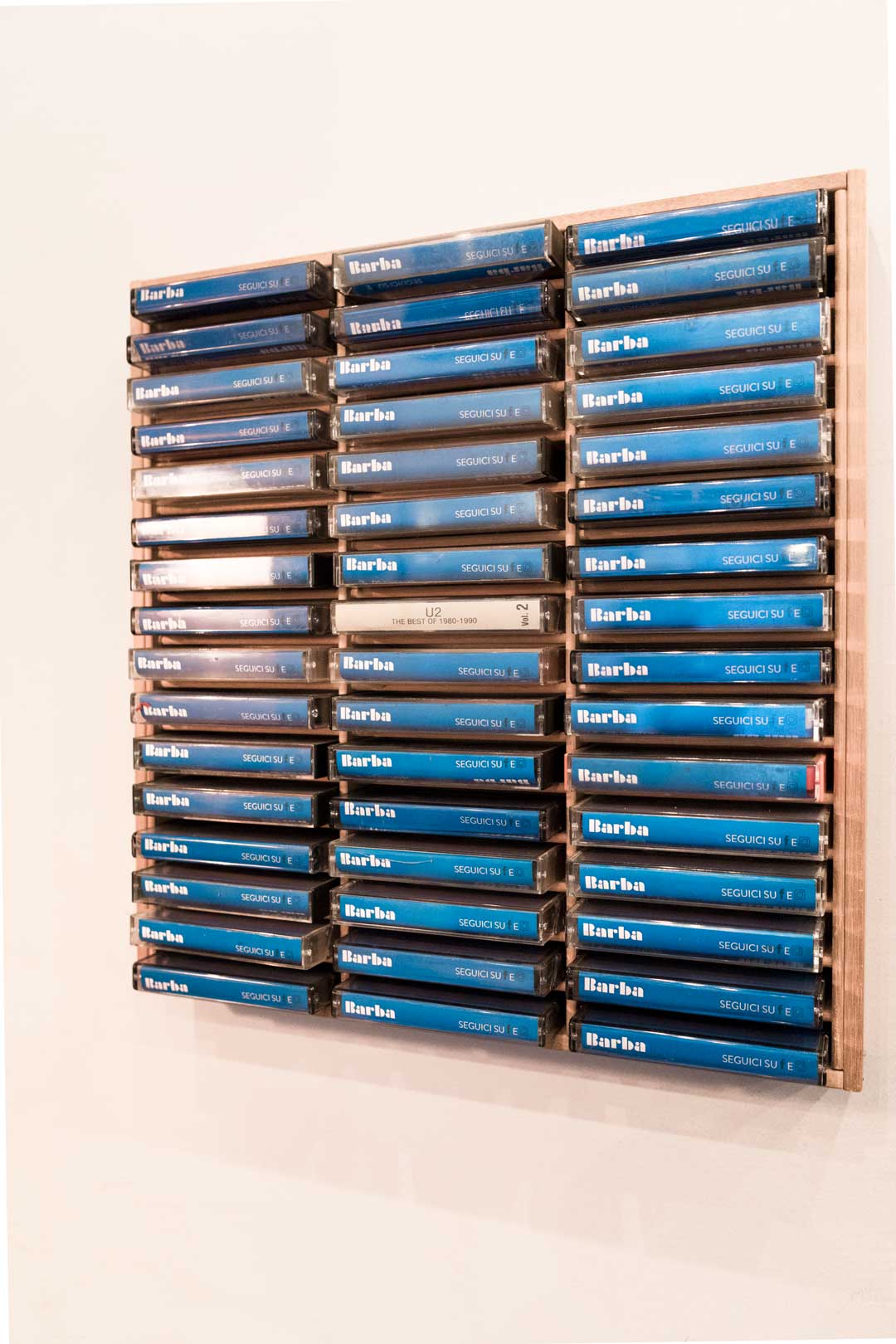 Important details that sum up and anticipate the news that you will find in the drink list: the result of the collective commitment of the entire team of the bar. The names of the cocktails are all subtle references to the alternative music of Blur, Verve, Fools Garden. Instead, their ingredients have become more complex and sophisticated, with the use of vacuum cooking and infusions that produce the most unexpected results. 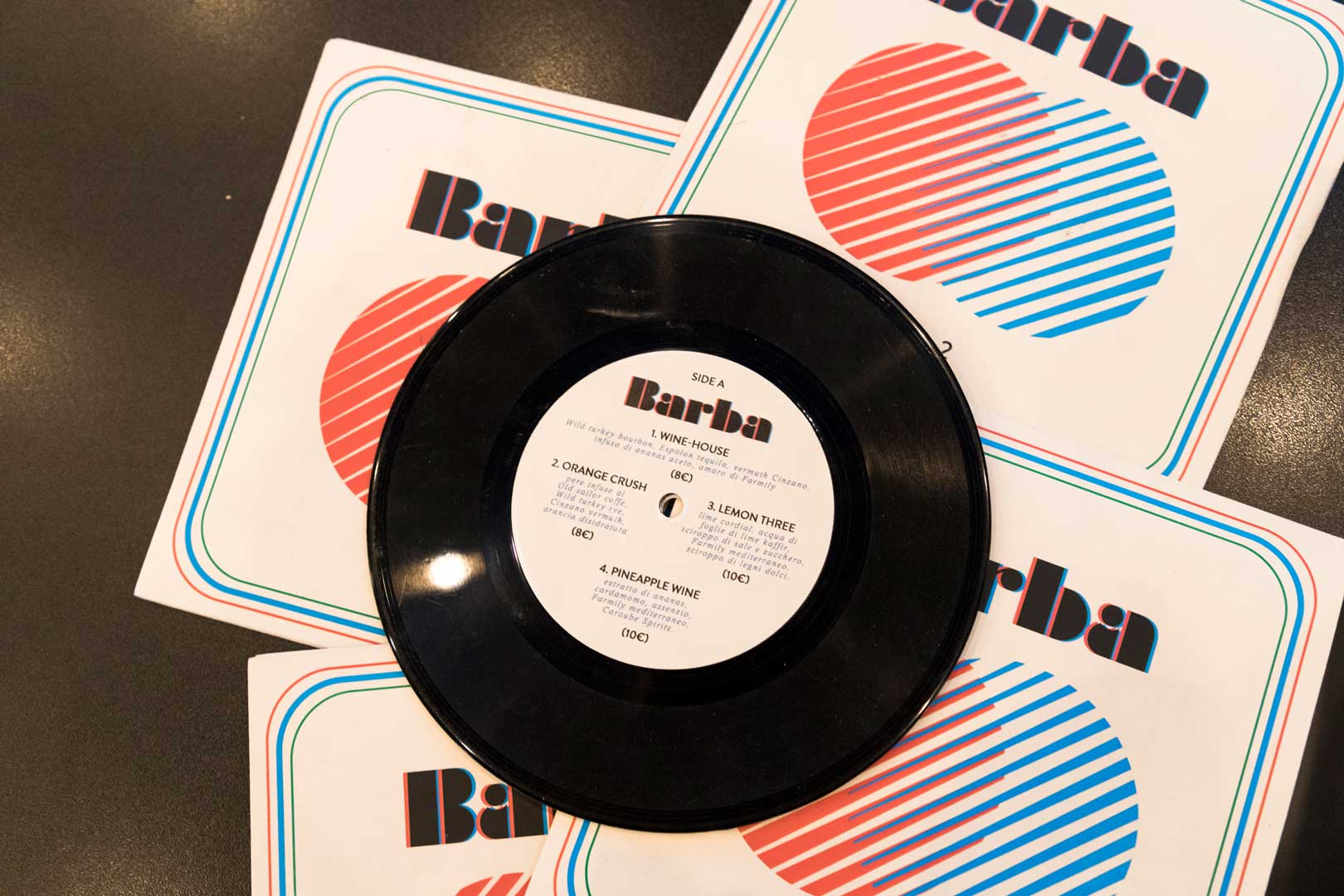 Besides the Whiskey in the Jare, a drink for rockers served in a studded glass, our three favorite cocktails are definitely the Orange Crush, with its unprecedented pear infused with Old Sailor Coffee flavor  mixed with bourbon; the Pineapple Wine, which combines pineapple, cardamom and absinthe united in the alcoholic embrace between Farmily Mediterraneo and Caroube Botanical Spirit; and finally the Lemon Three, signed by the team of 1930 Cocktail Bar, which combines the flavors of lime, Farmily and gives the final touch with a syrup of sweet woods. 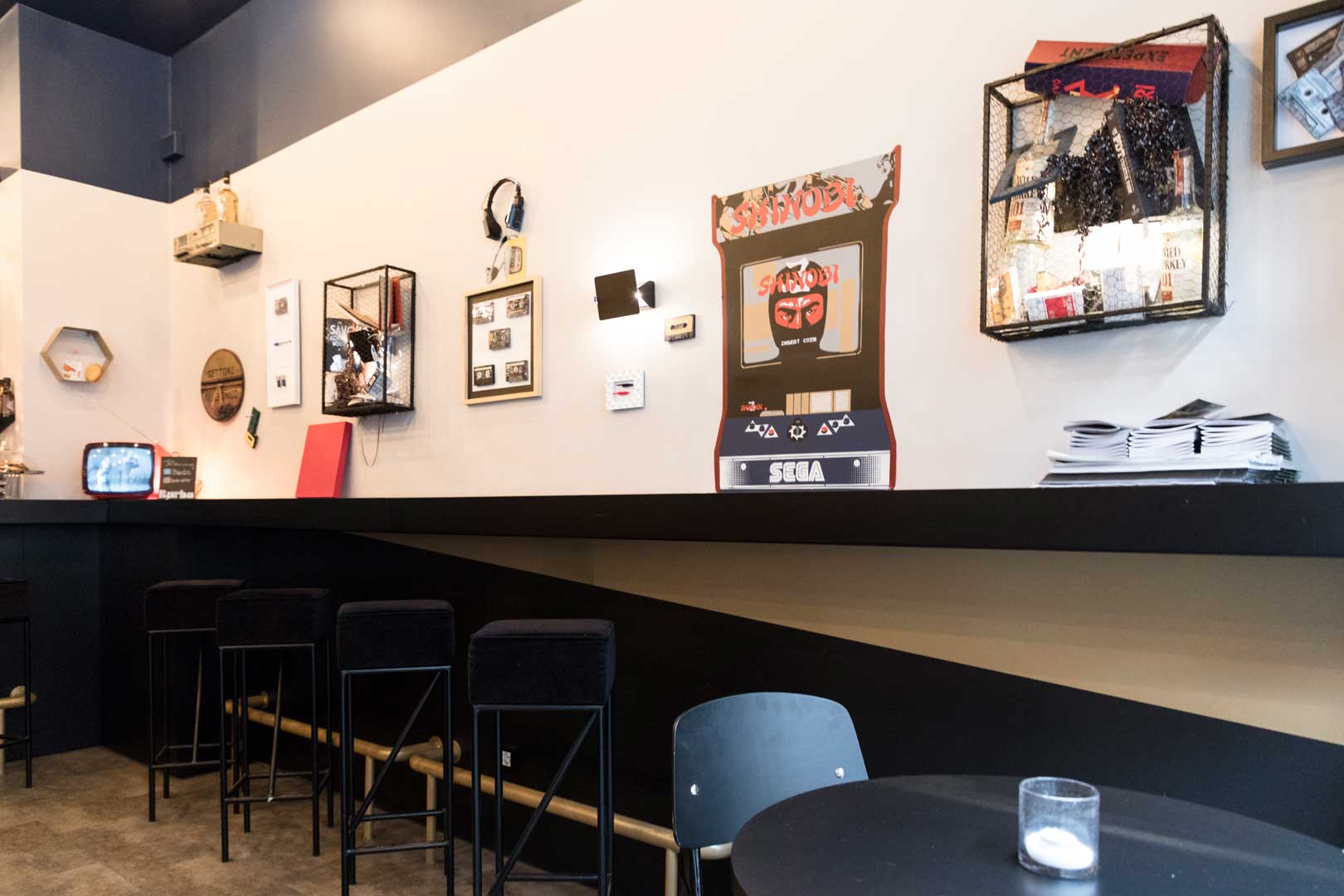 There were also some news on the food side. We already knew that Barba’s kitchen was a small forge of wonders, and also that the chef (as well as partner of the Barba) Emanuele Cingolini had a certain fondness for vacuum cooking. Now you’ll see his imagination go even further with a more complex menu, which brings to the next level the structure of his burger by combining, for example, the veal loin with raspberry sauce and stracciatella. 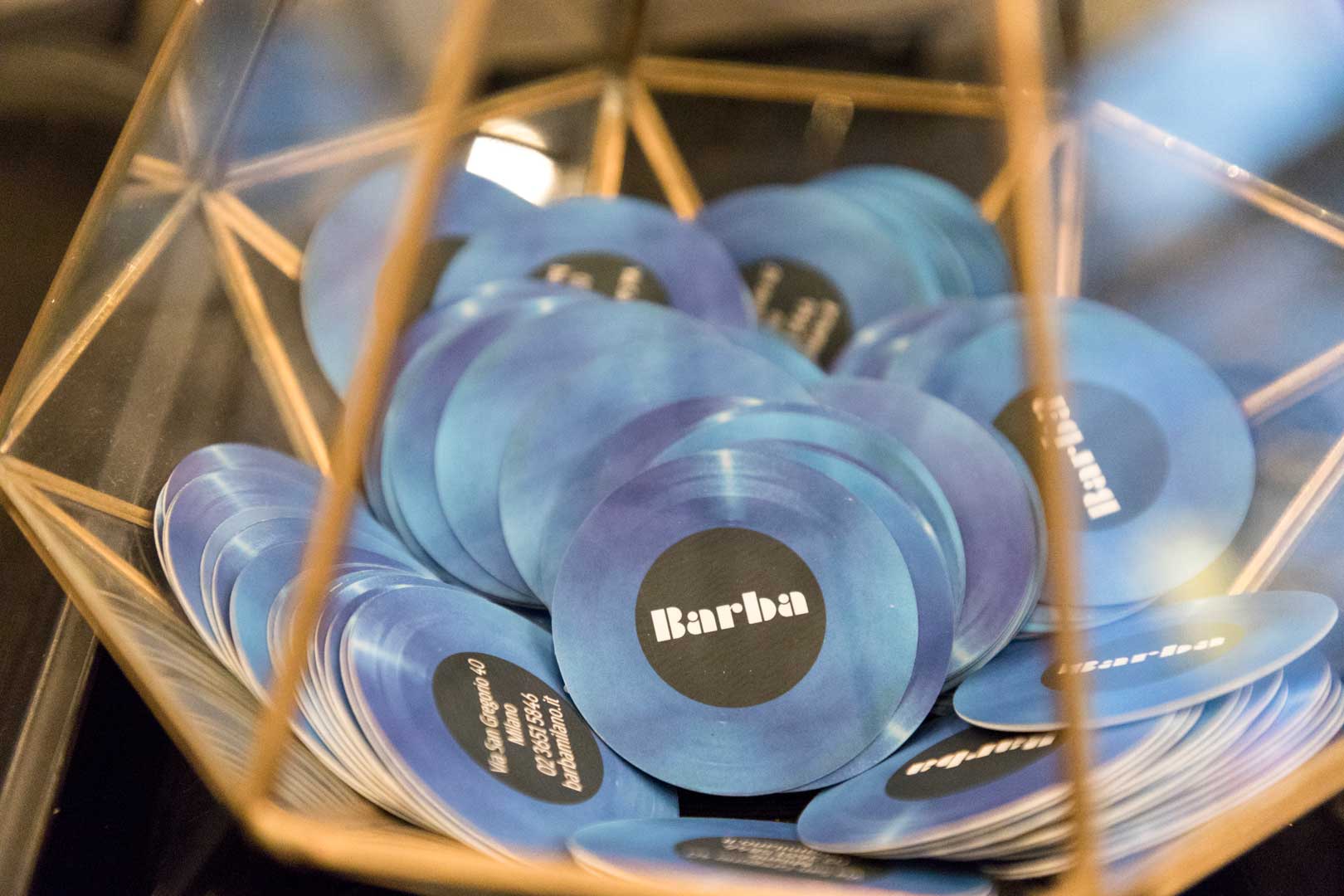 The combinations don’t stop here. You’ll find the best ones in the broader evening menu, but also that of lunch is not to be underestimated. First of all for its versatile formula, which allows you to have a very varied and differentiated choice despite its small size, and then for its gourmet vocation that well balances the virtuosic touch with a certain simple minimalism. The dish to try, über Alles, is certainly the octopus with potatoes, a specialty of the house, but don’t forget the burgers and the tartare of the day. 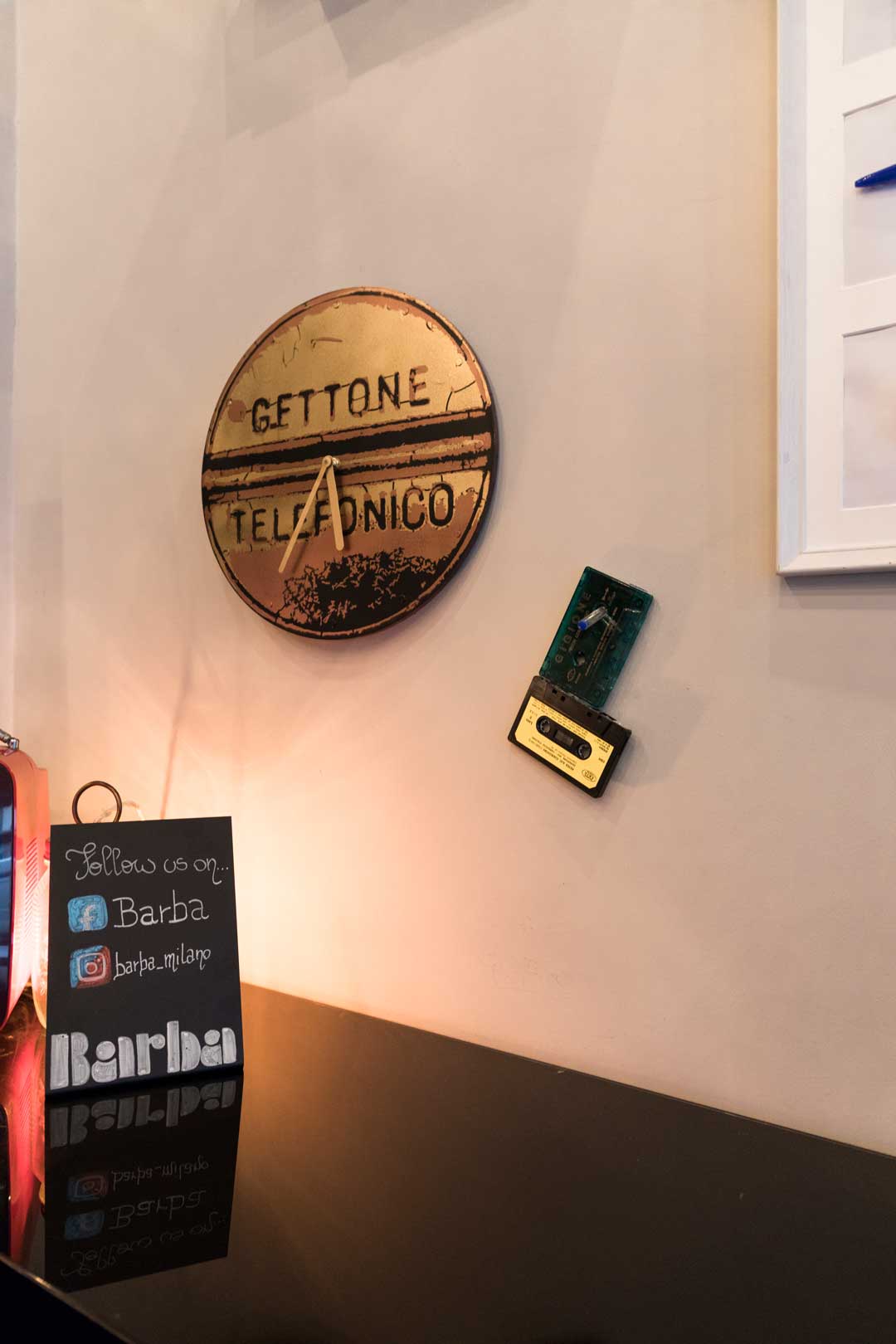 At dinner the menu, as we said, spreads its wings and becomes wider, but still preserving that vocation to the smart and not overly demanding meal to be enjoyed while drinking, without excess of formality. Among the most imaginative sandwiches there’s the shrimp burger with liquid spinach, a true delight, but take a look at the Barba Specials section: you’ll find the classic octopus with potatoes, but also irresistible dishes like the orange-flavored duck breast, the salmon poke or veal with tuna sauce and capers. 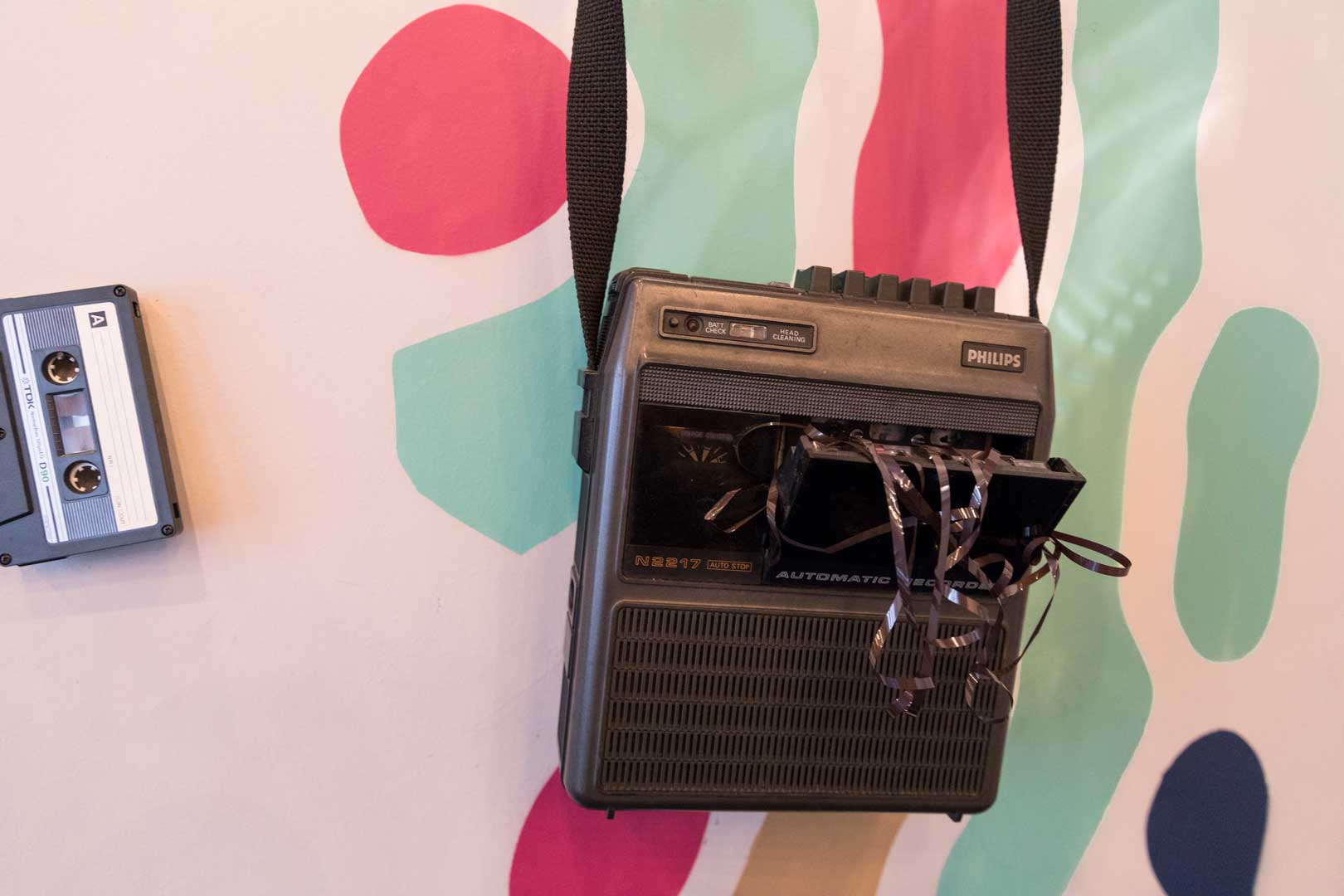 But don’t hesitate to ask for the specials of the day. The kitchen of the restaurant, as we said, is a forge and its off-menu dishes are like the sparks flying away from the anvil. In addition to the special tartare, the chef’s passion, and the tomato soup, which is now a bit of an unofficial signature dish, the off-menu dishes are always a surprise. You will also find it during the Sunday brunch, along with vegetarian proposals, drinks and various culinary improvisations. 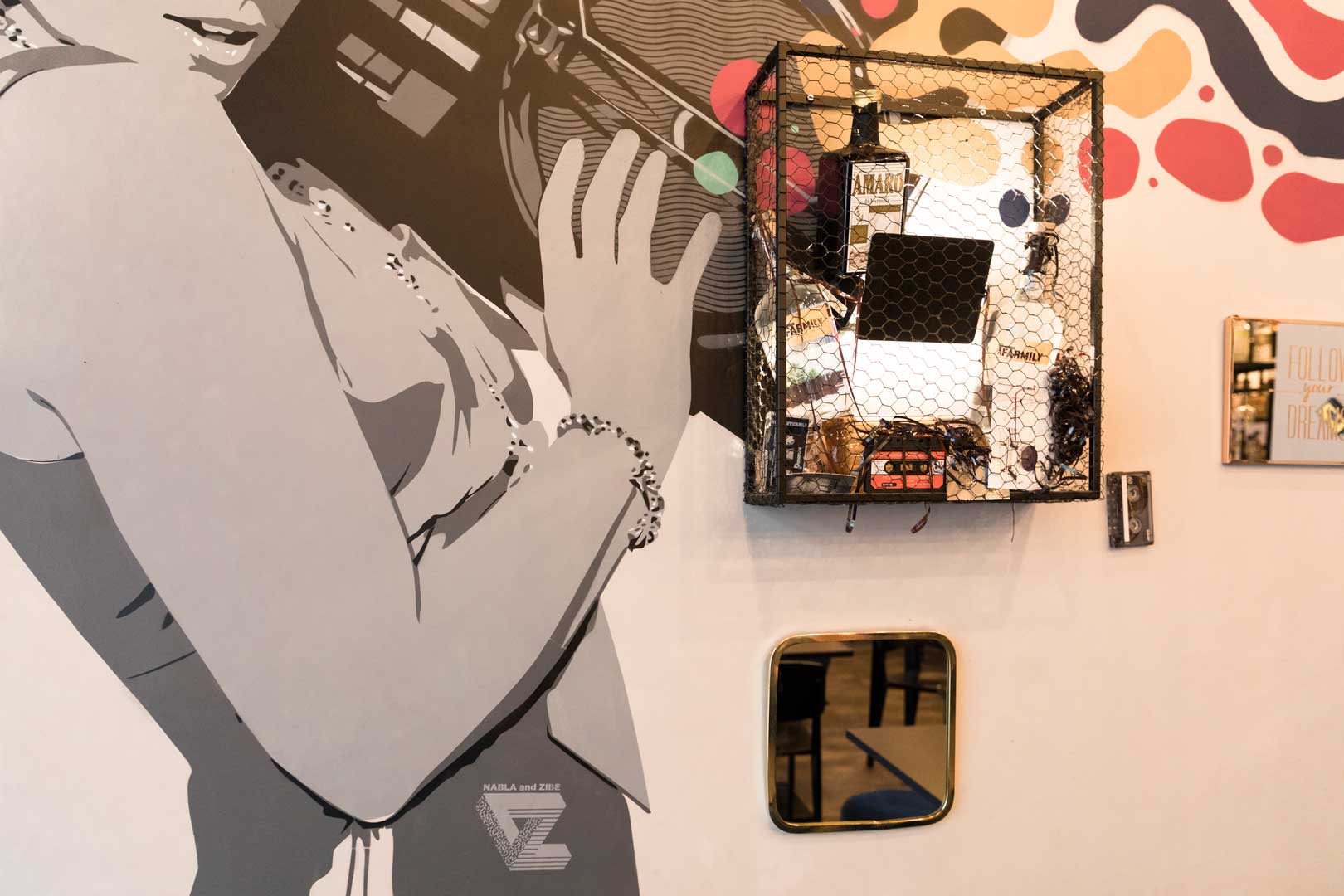 If you don’t know how to resist the combination of music and drinks, know that every Wednesday there is the Barba Jazz, an event of live music that animates the bar with a contagious joy. As usual, music remains the central element. But, as you have seen, every opportunity is good to visit Barba, if only to keep up with their continuous (and very funny) novelties.