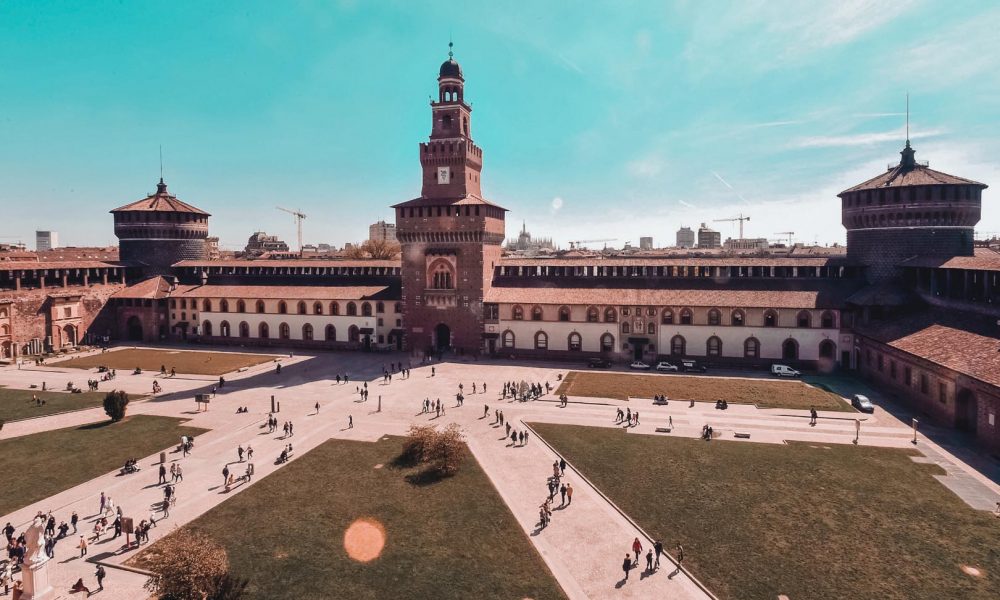 Capital of fashion, unbridled luxury, art, architecture and finance: Milan is unique. It is immense. It has everything you could wish for from fashion shows, to exhibitions, to business meetings. Every day millions of people come to life frantically and hurriedly among a thousand commitments to keep up with the city that never sleeps. But if you stop for a moment, and want to fully savor the refined taste of a metropolis that has much more to offer, you will discover places of worship and other more hidden ones that deserve to be lived in full calm.

Treat yourself to a little relaxation, take advantage of a beautiful sunny day and take your time for a walk alone, so as to admire the most beautiful streets and paths of a city that is always in a hurry, but which, if seen from a different perspective, will provide you with often unexpected adventures, in the name of magic and peace. 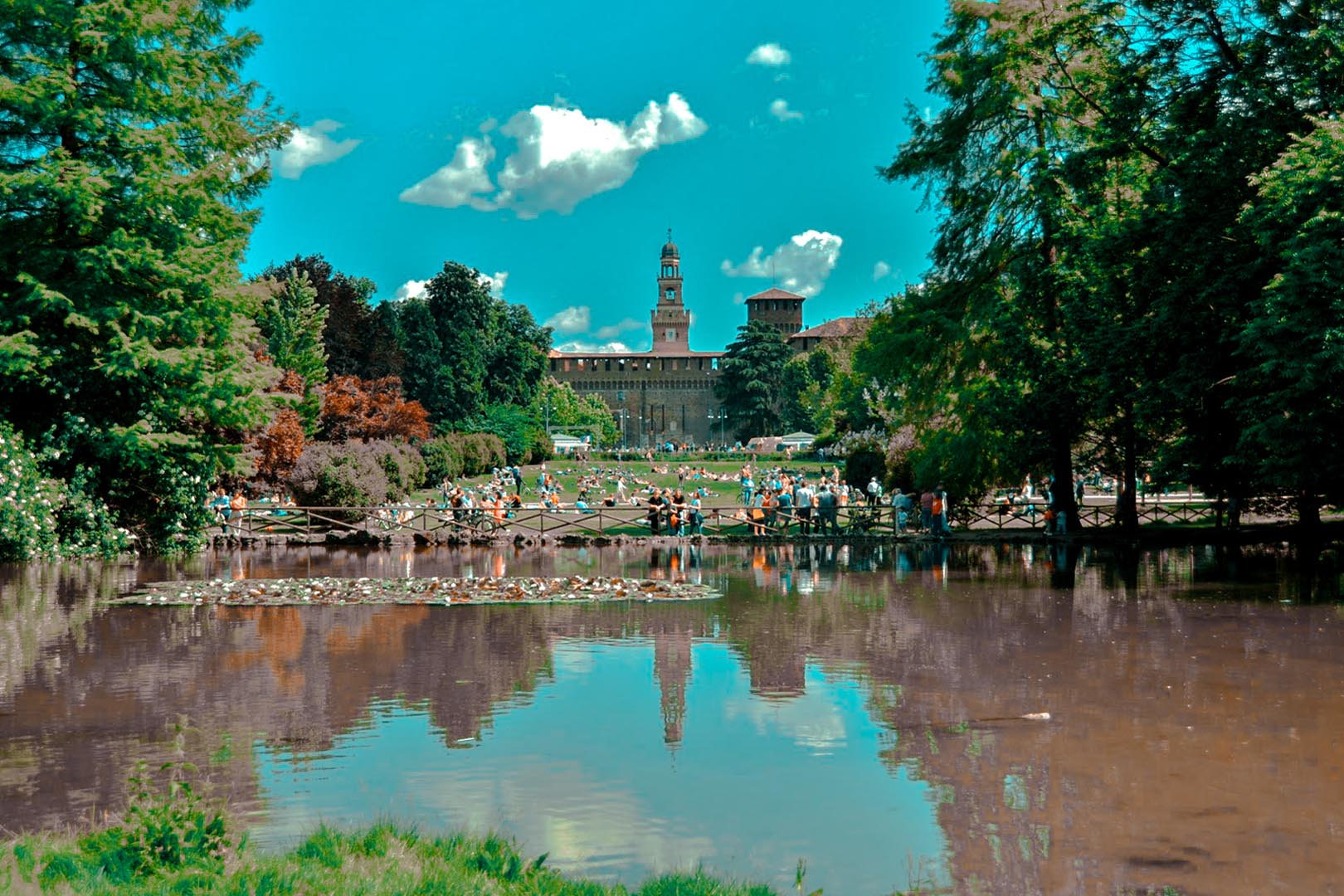 Like Hyde Park for London, like Central Park for New York, this is what Parco Sempione represents for Milan. It’s a green-friendly treasure, that for years has been a place of worship for those who love nature, walking or taking a short lunch break surrounded by majestic trees and lakes with swimming ducks. In spite of the great fame, however, few people enter or venture through the streets of this magnificent park. Do you know, for example, that there is a library inside? Between Arco della Pace and the Triennale (two of the main attractions in the area) and very close to the Bar Bianco (one of the Milanese favorites for outdoor aperitifs), stands this small treasure, of which very few are aware. We also recommend that you visit the statuary Torre Branca inside the park, that once a month organizes panoramic climbs. It’s a vision of Milan from above that will literally leave you breathless. Do not forget, among other things, to stop at Castello Sforzesco, the Civic Aquarium and the Foro Buonaparte. 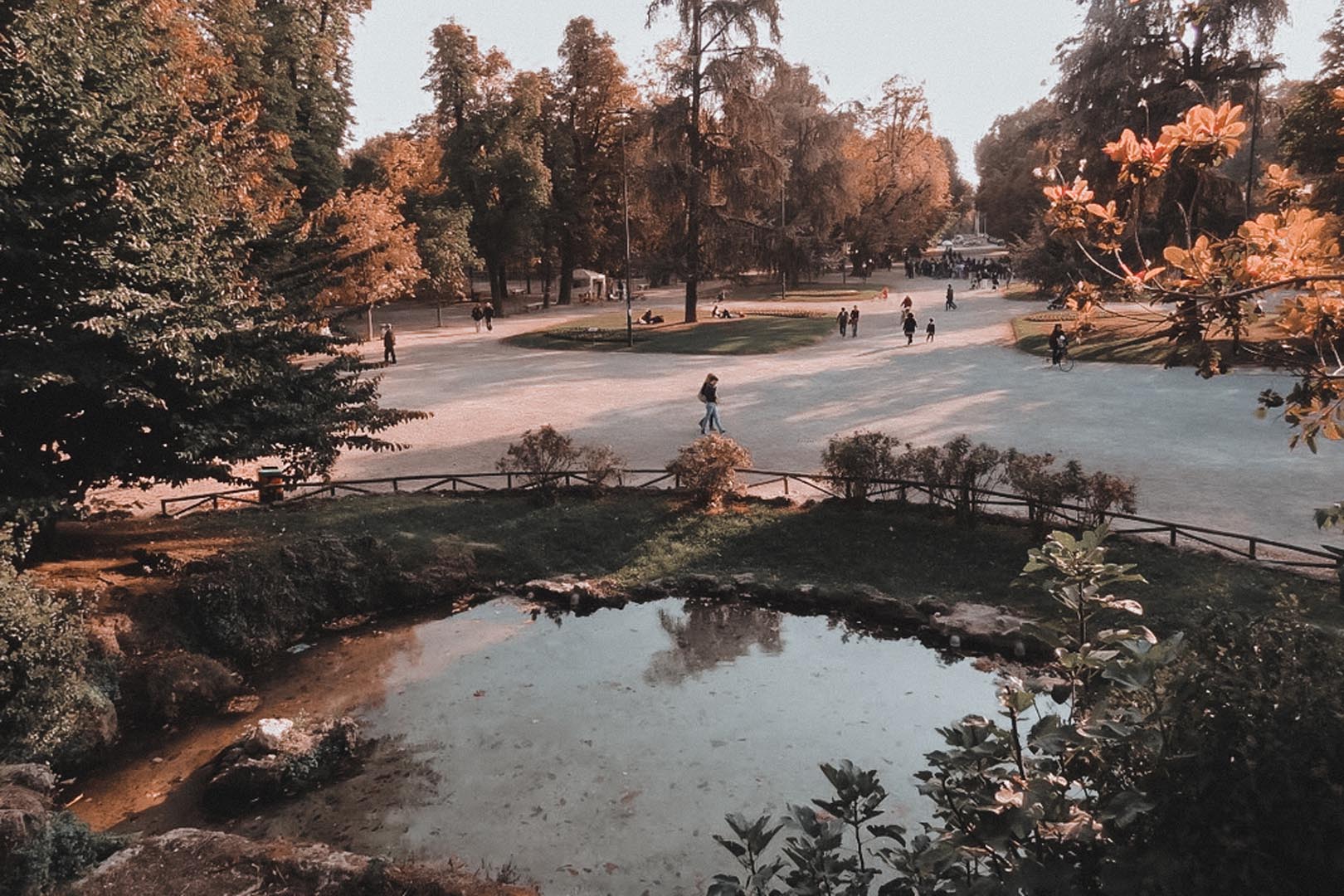 Less known than the first, this park also deserves to be worthy of consideration. Totally opposite to Sempione, Indro Montanelli Park – whose name comes from the well-known journalist and writer – is located near Porta Venezia, a place famously animated by crowds craving for shopping in Corso Buenos Aires. Once your purchases are finished, however, what we advise you to do is the following: enter the gardens, savor the peace of this lush and picturesque park and, after breathing deeply into the breezes radiated by the wind between red oaks, firs, elm and lime trees, stop to observe – and if you want, go inside – the magnificent building of the Natural History Museum of Milan, or the Villa Reale (with attached GAM) near Palestro. It’s an area rich not only in fauna, but also in art and culture. 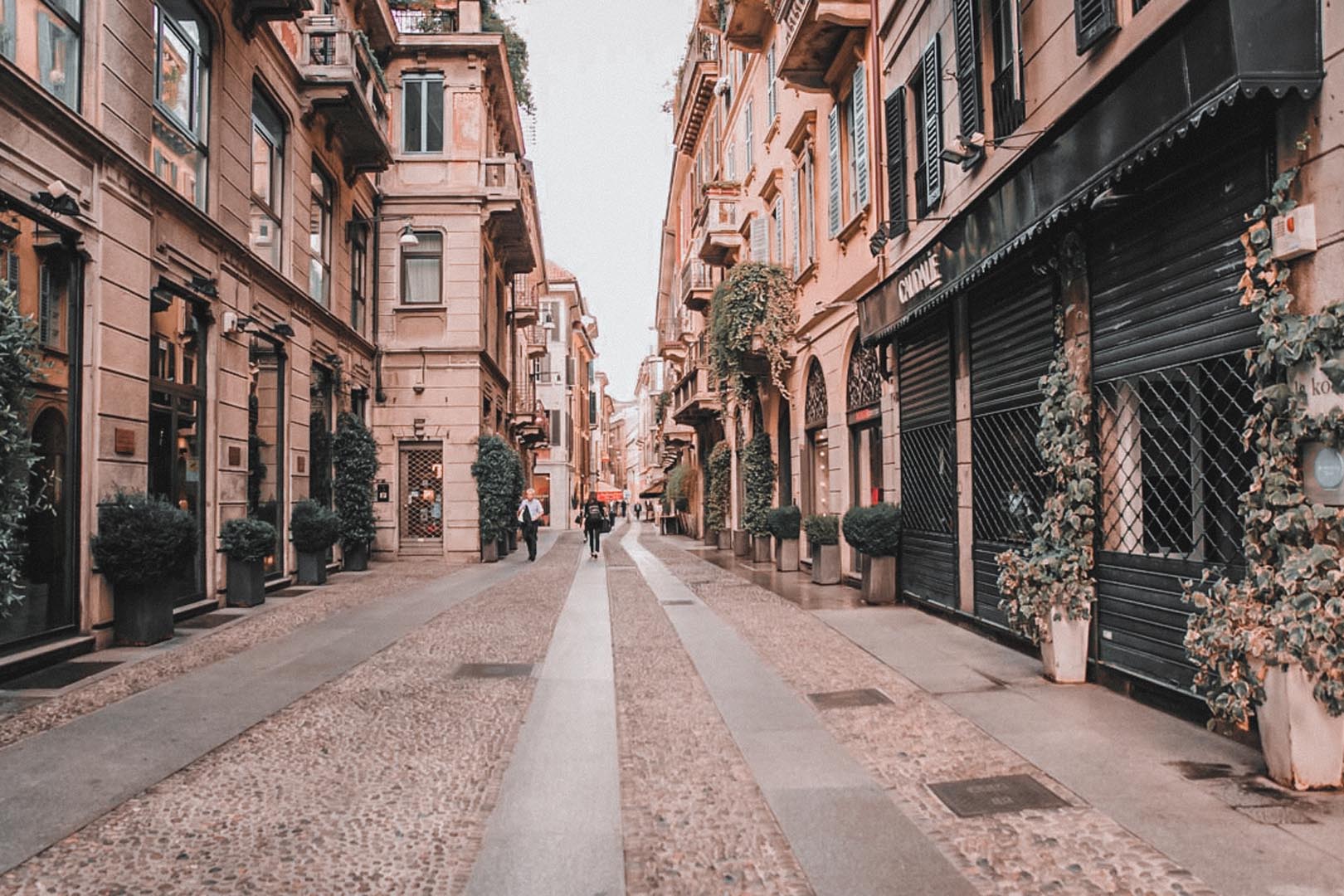 It is known to every Milanese who longs for the aura of authentic Paris. For those who want to go to the Pinacoteca, enjoy a chic aperitif or simply to explore one of the most poetic areas of the city, Brera is the place to be. This bohemian aspect is due to the generations of artists who have attended and continue to attend the Brera Academy of Fine Arts since 1776 (year of its foundation), and have contributed to making the atmosphere of these places special. Entering wisely among the most secret and hidden streets, you will meet painters, artists, students, and players, framed by the magic of high-level shops, ateliers and luxury restaurants. It’s a dip in the past in the capital of modernity. 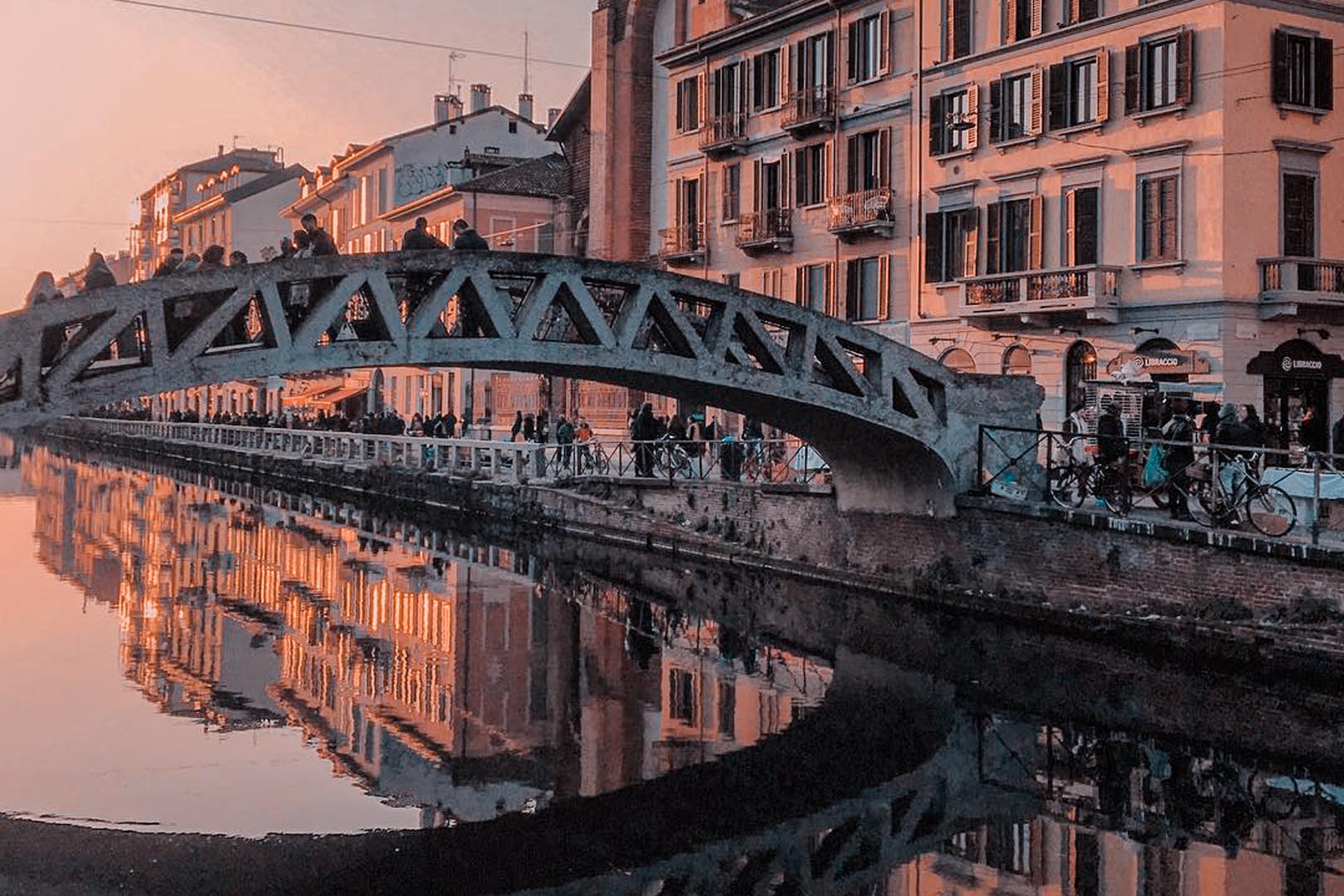 Commonly known as the supreme and eternal institution of the Milanese aperitif, the Navigli are among the most popular and crowded areas of Milan. So why include them in a ranking that praises solitary and relaxing walks? Because it is their hidden side that we want to show you. Starting from the Naviglio Grande, a first glimpse of Milanese authenticity and secrecy can already be seen starting from the Vicolo dei Lavandai. It’s a corner of history suspended in time, between railing houses and flowered balconies. Moving a little further we find the splendid church of Santa Maria delle Grazie al Naviglio, timidly inculcated between the spirited houses of Alzaia Naviglio Grande. Should you go even more secretly, you would discover the romantic via Magolfa or the historic via Brioschi. Going back to the starting point, we advise you to stop in Darsena for sunset, a moment of authentic magic in which time seems to stop waiting for the sun to descend on the canal. Other attractions not to be missed within walking distance are the famous Columns of San Lorenzo, Sant’Eustorgio and Vetra. 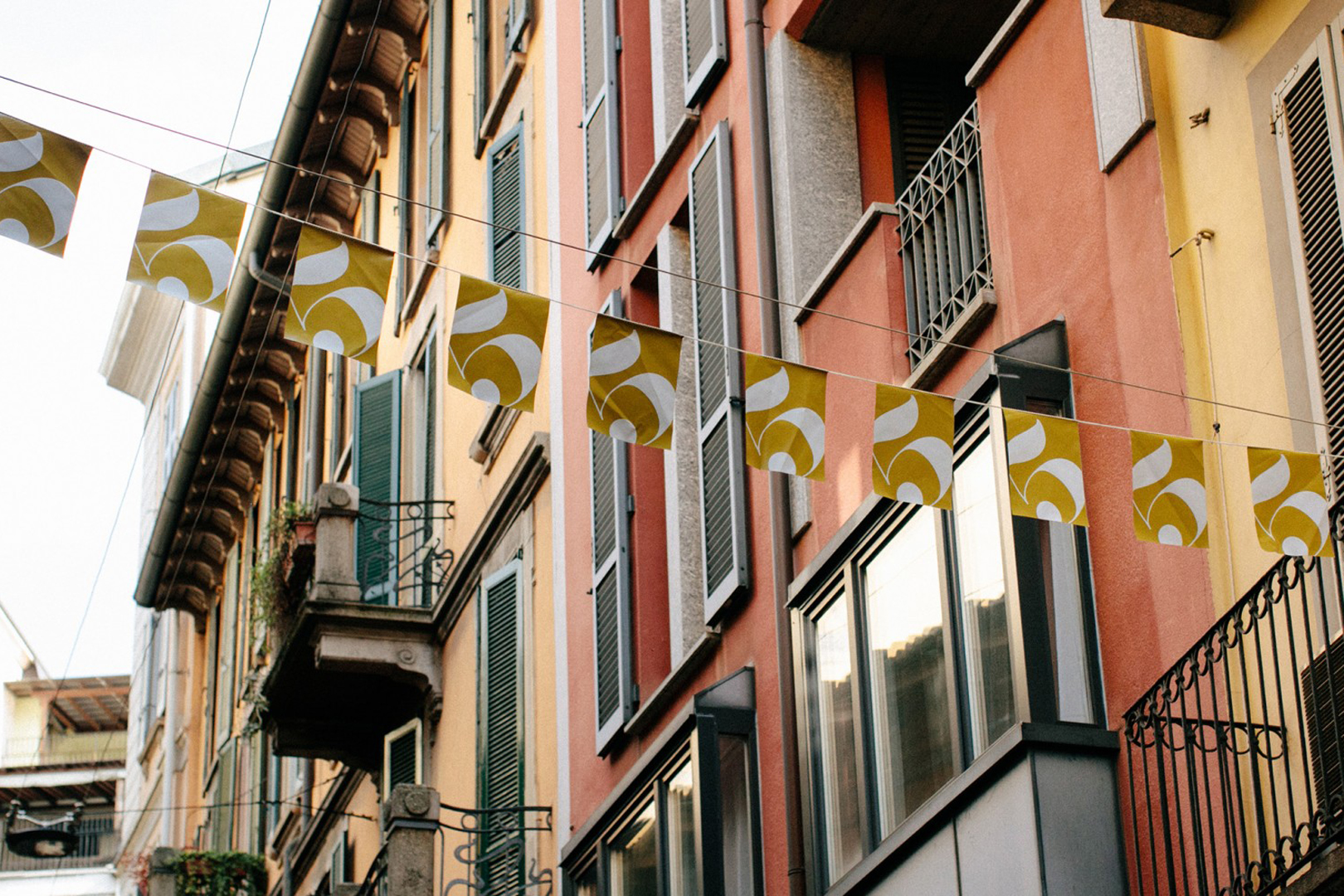 Another place, another secret. But are these five ways really so secret? Strange to say, but it is possible that you have already gone through it in some way without even realizing it. This is because the five streets are a place unknown to most, but a link, in the center of Milan, a stone’s throw from the beautiful Madunina, precisely between Carrobbio, Cordusio and Duomo. They are so called because of their intersection: in particular we are talking about via del Bollo, via Santa Marta, via Santa Maria Podone, via Santa Maria Fulcorina and via Bocchetto. Among the most hidden and less renowned areas of the Lombard capital, you’ll be fascinated by unusual streets that once housed colorful boutiques and the exquisite palaces of the ancient Borromeo family. Obviously there are still today, along with many other “secret” goodies including the Pinacoteca Ambrosiana, the notorious via Bagnera, the crypt of San Sepolcro, and the most famous Church of Sant Ambrogio. It’s a narrow maze of streets between ancient buildings of lost beauty. 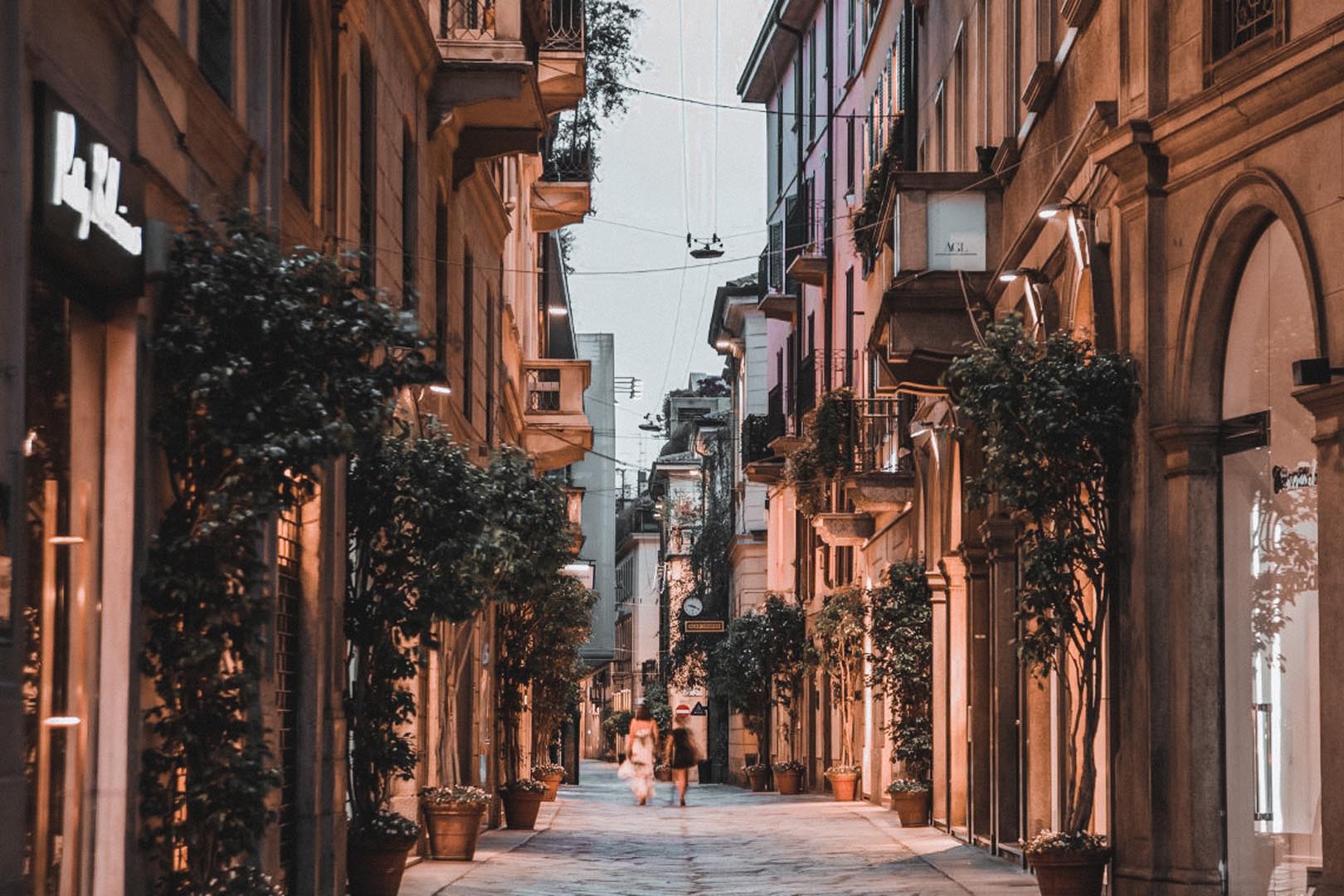 We have revealed the most secret places of a Milan to be discovered, for a solitary walk in the name of peace and tranquility. If, however, you are now ready to return “to society,” the next path is what is right for you. No introduction is needed: from New York, Paris, London, to Tokyo, anyone who knows the charm of the Fashion District (or Golden Quadrilateral) knows it’s the promised land of every fashionista. From all over the world come the people who every year in conjunction with Milan Fashion Weeks, present themselves in these famous and trendy places. The chic and luxurious charm of the fashion house will transport you between palaces and gorgeous streets in an atmosphere of pure panache and boldness. From San Babila to Montenapoleone, your eyes will shine and you will have the opportunity for high quality shopping among the boutiques and megastores of the most famous brands. On the other hand, you know, shopping is also stress therapy!