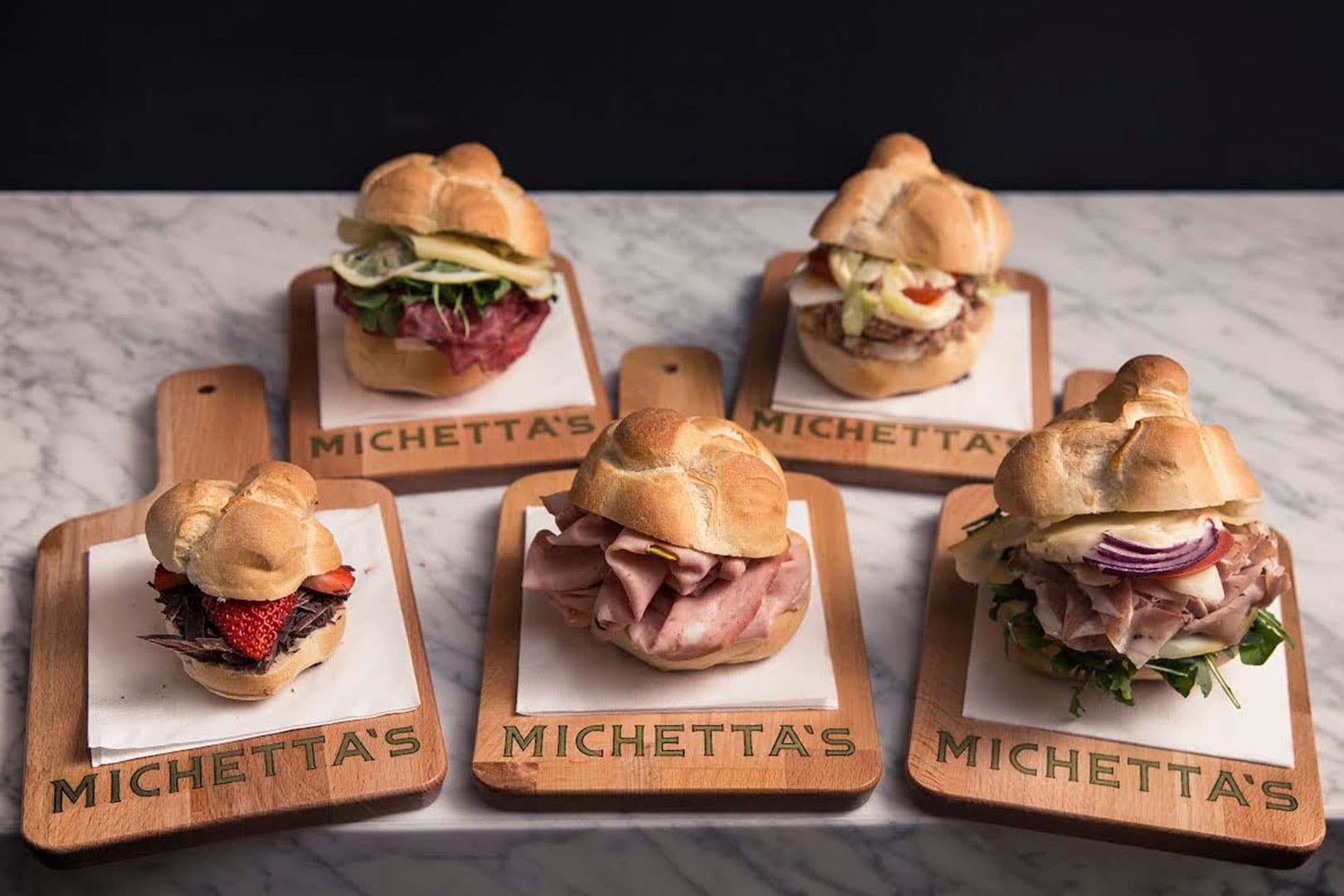 10 Iconic Sandwiches from Around the World

These sandwiches are more than the sum of their fillings

There’s really nothing better than the humble sandwich. They are convenient, flavor-packed, comforting. So it’s little wonder that nearly every country around the world has its own version.

Flawless Milano rounds up some of the world’s most iconic sandwiches – dishes that have come to define a city, or even a country, creations that are more than just the sum of their fillings. 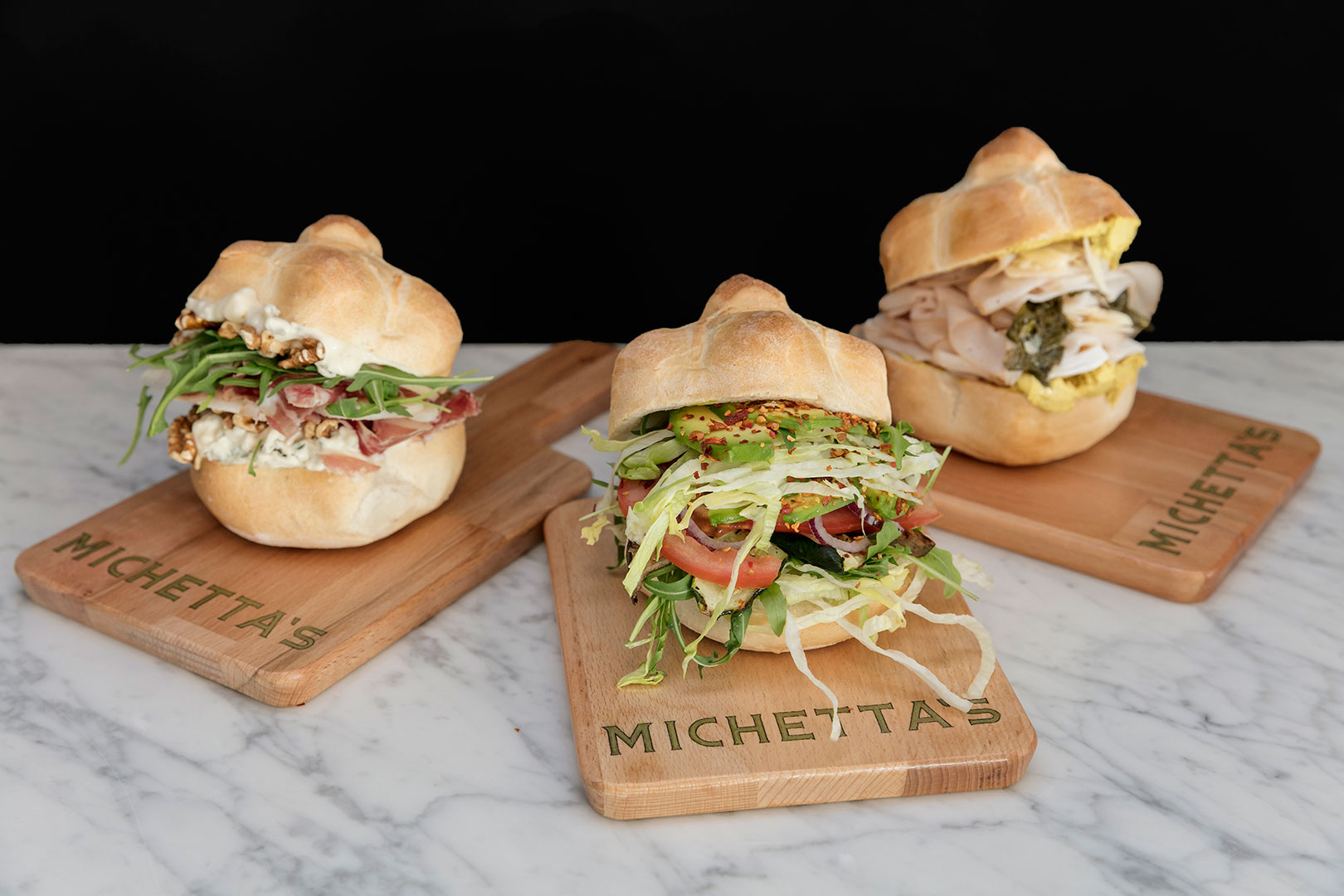 Italian food is consumed around the world, and the panino ranks up there with pizza, spaghetti Bolognese and lasagna as one of the most beloved Italian dishes of all time. So what separates the Michetta from your bog-standard panino? What makes its such a special sandwich?
The Michetta defined a generation of Italians. Its convenience and coolness were whole-heartedly embraced by a section of society known as the paninari – young adults who wore fluoro Moncler puffa jackets, Timberland boots, cuffed jeans, and Ray Bans. All of those icons live on (thankfully not all worn at the same time), and so has the Michetta withstood the test of time. Why?
Let’s start with the fact that the Michetta bread roll is the only DOC-certified bread in Italy. It’s crispy on the outside, soft on the inside, allowing for a perfect interplay of textures. What goes inside the michetta is up to you. Traditionally you’d opt for some kind of ham and cheese combination, but now the options are limitless, with combinations such as avocado and smoked salmon, or even something sweet like dark chocolate and strawberries. At Michetta’s in via Ambrogio Campiglio, you can build your own perfect sandwich. 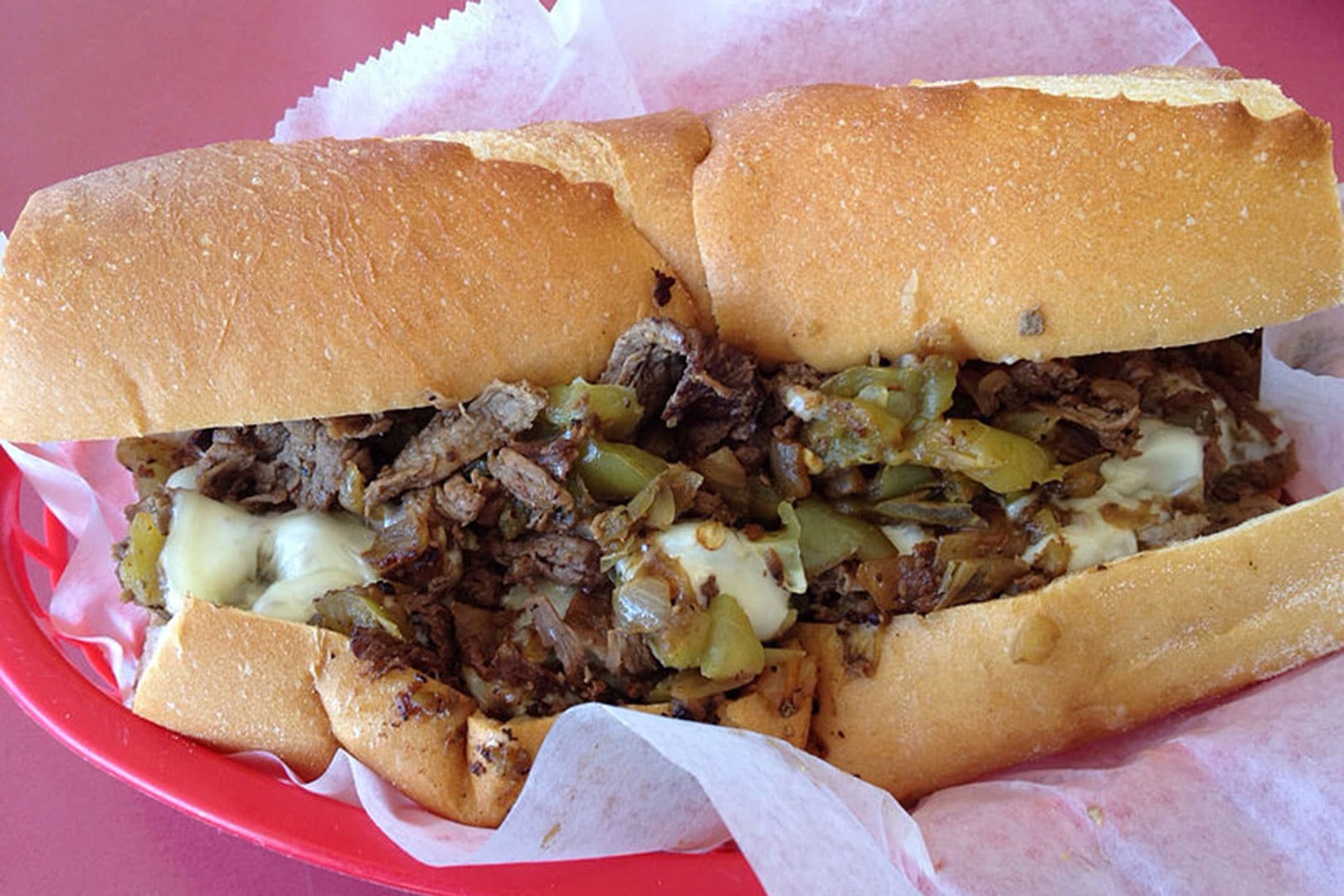 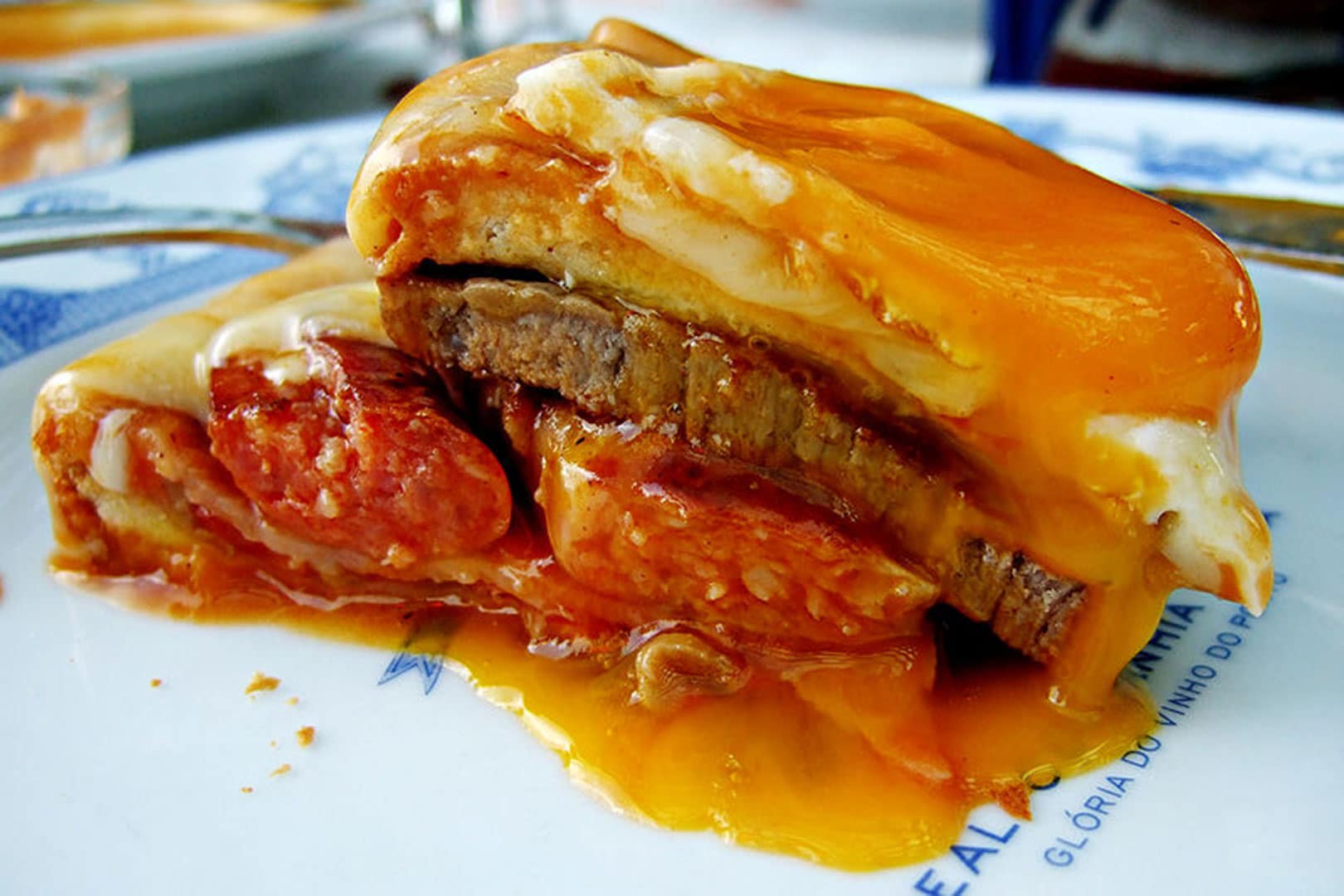 This unholy Frankensteinian calorie-loaded monstrosity hails from the city of Porto in Portugal. Between two slices of bread you’ll find wet cured ham, smoke cured pork sausage, chipolata sausage, and steak (that’s for the basic – many locals add a couple of prawns to the mix for good measure). The sandwich is then covered in melted cheese and submerged in a sauce made of beer and tomato.  It invariably comes served with fries because the Portuguese apparently have never heard of heart disease. 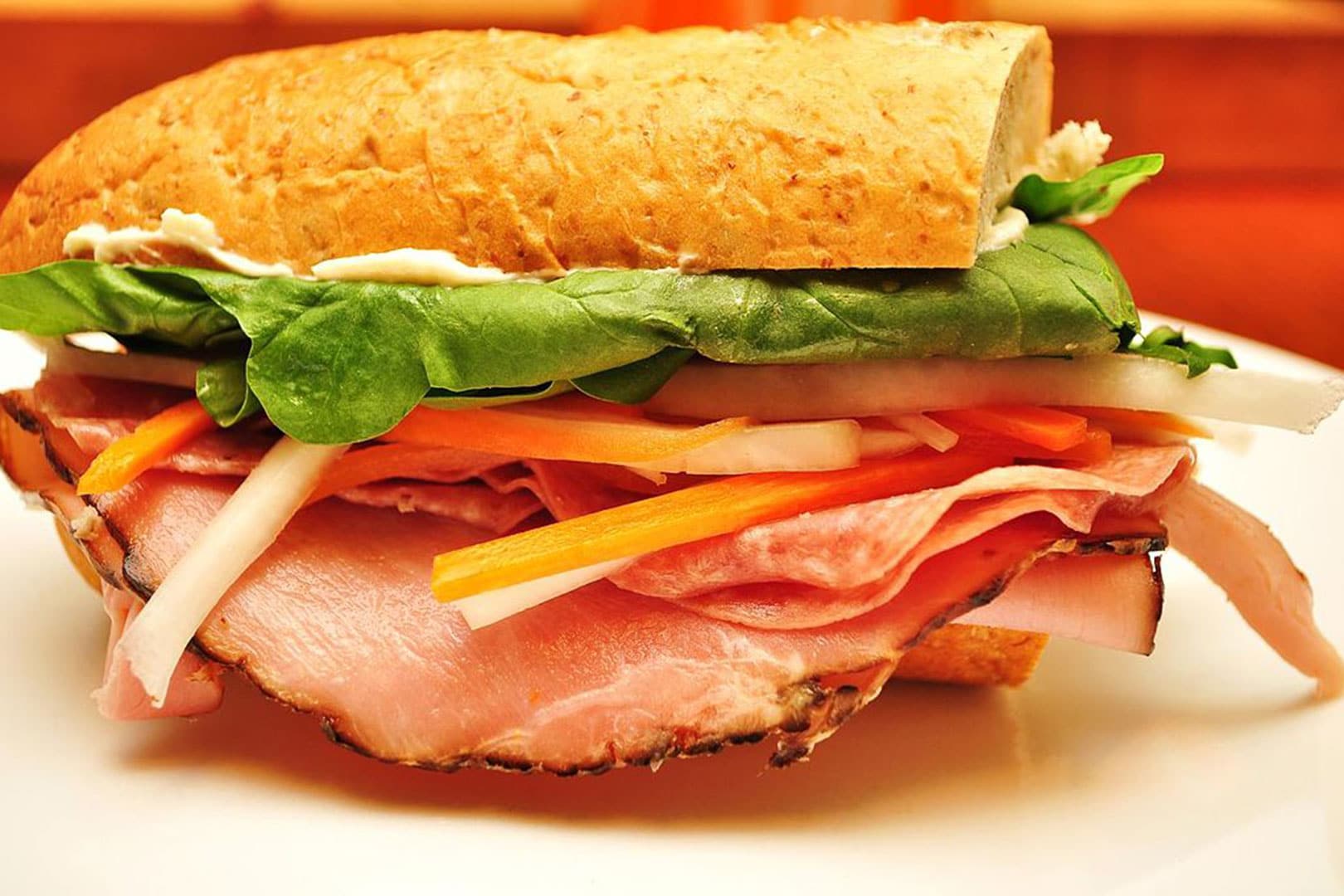 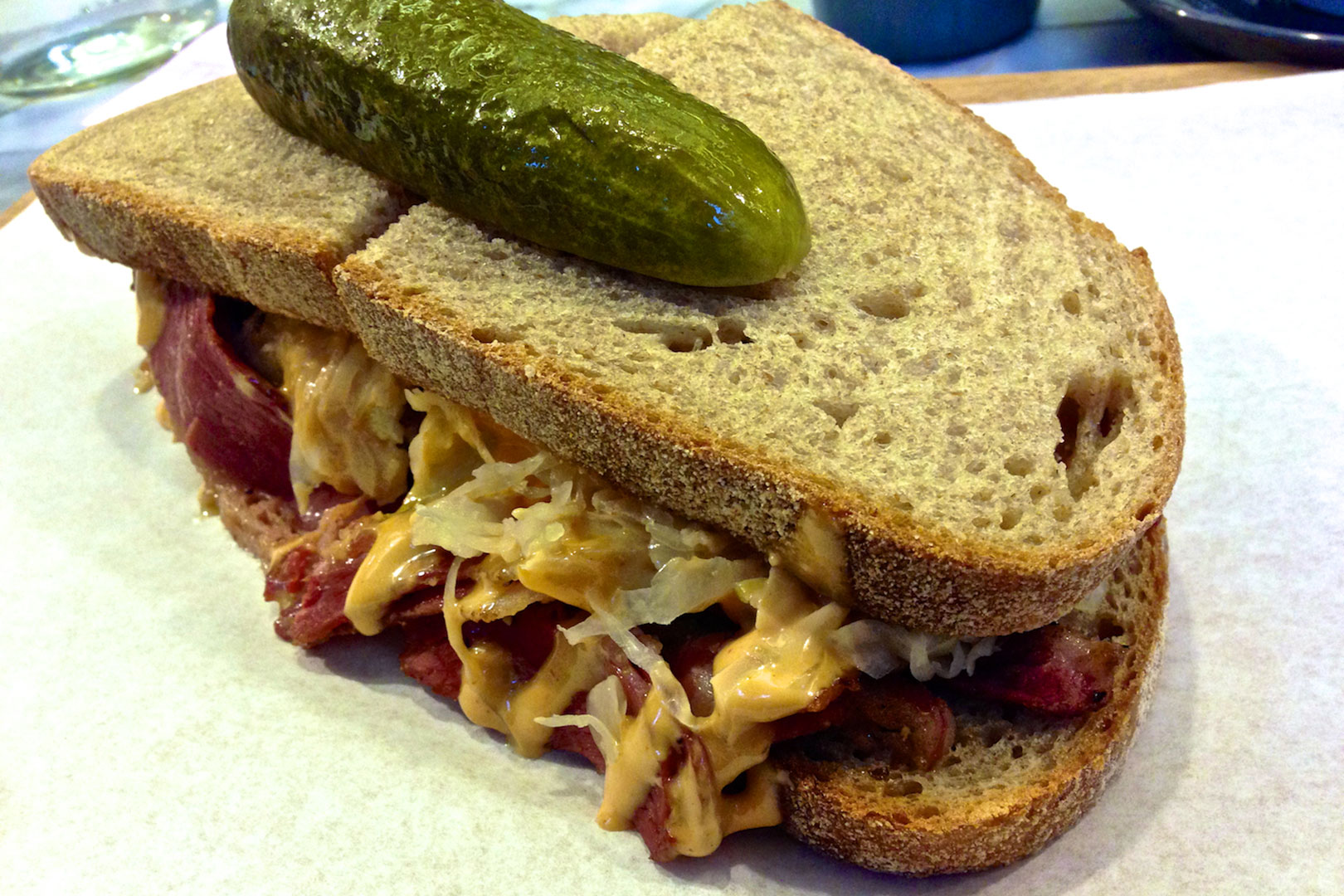 Going back stateside, the Reuben sandwich is a New York Jewish Deli classic. Built on rye bread, the Reuben perfectly combines savory flavors of corned beef, Swiss cheese, sauerkraut and Russian dressing. The sandwich is then toasted. It might not be kosher on account of the cheese, but any Jewish deli worth its salt has one of these on the menu. 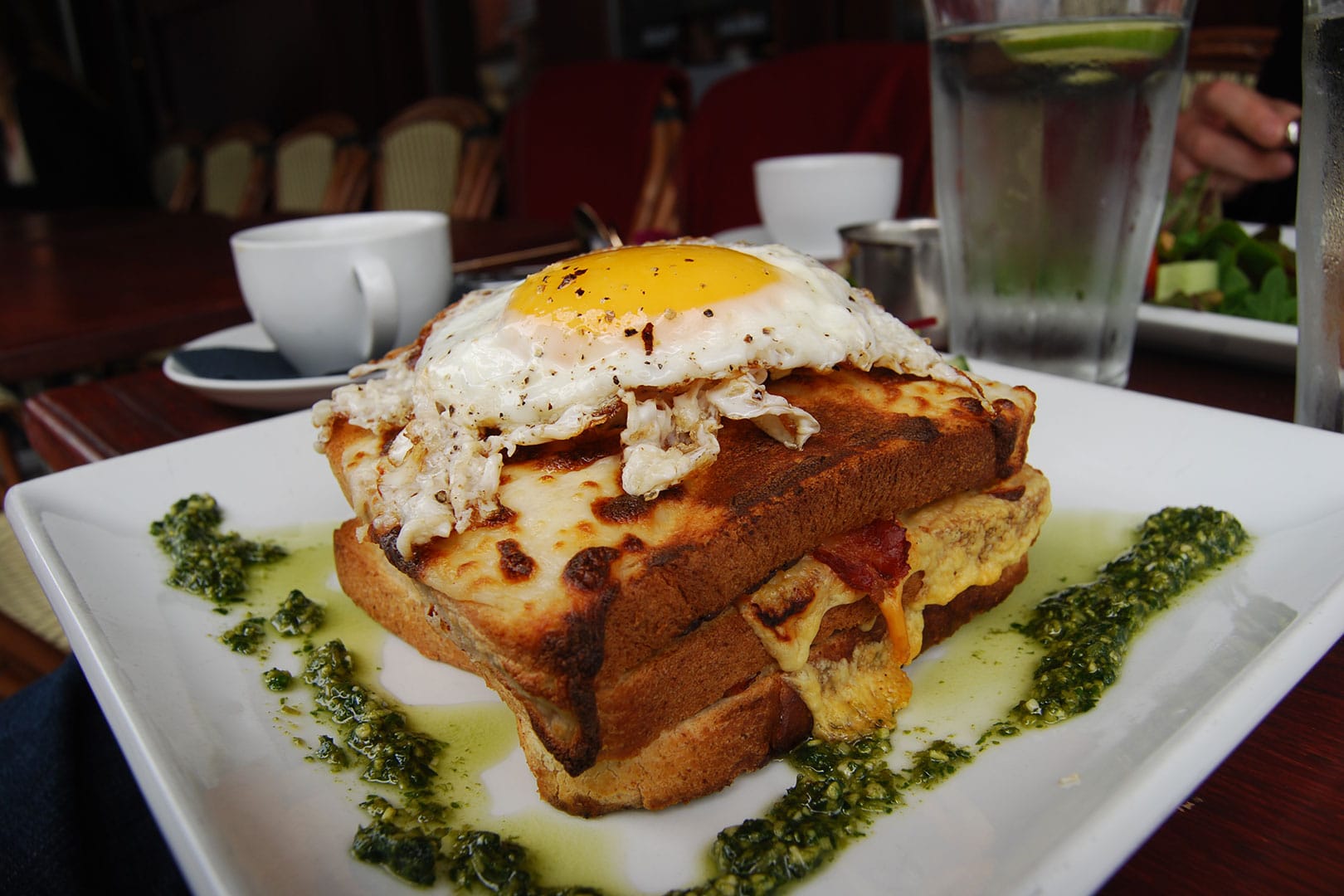 Cured pork, cheese and eggs has to be one of the best flavor combinations known to man. Whether it’s the historical pasta Carbonara or a simple McDonald’s Bacon and Egg McMuffin – it’s impossible to make those three ingredients taste bad. It’s another holy trinity altogether. With France’s Croque Madam boiled ham is placed inside two slices of buttered and toasted bread. Cheese is grated on top and grilled, before being topped with a fried egg. 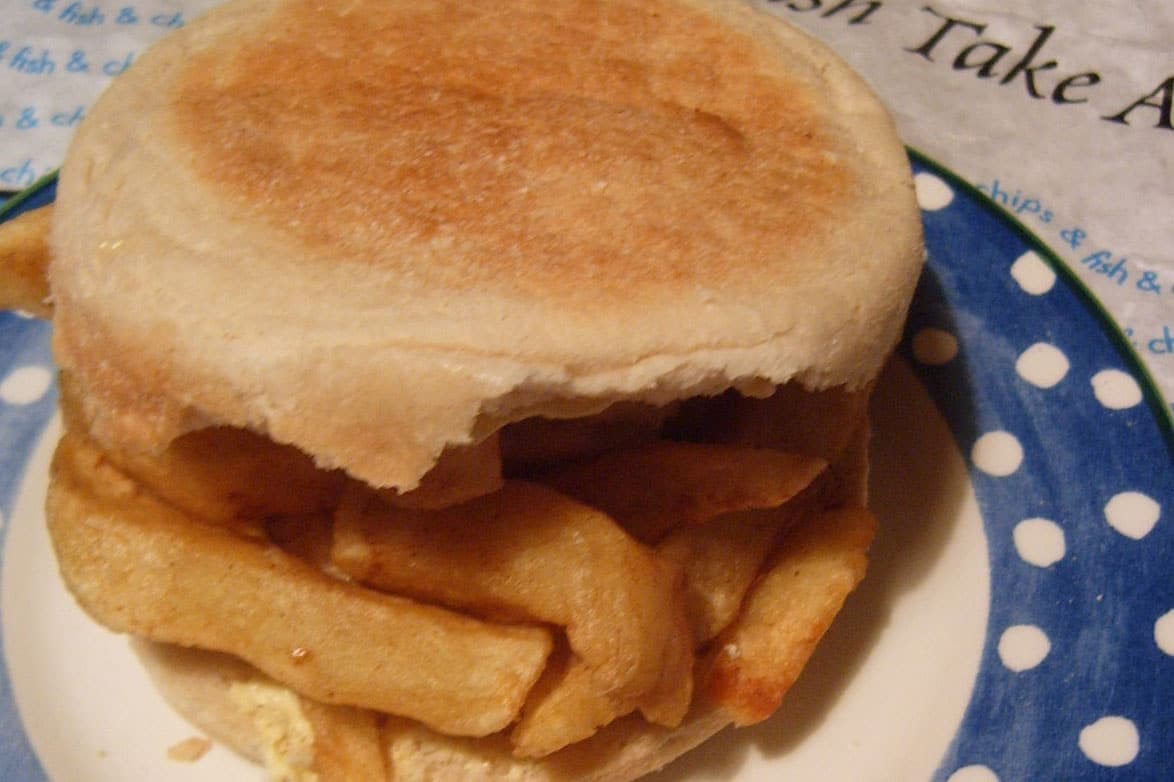 England is not famous for its cuisine (at least famous in a positive sense), and it is not hard to see why with their contribution to this list. The Chip Butty is simply hot chips lazily stuffed inside two slices of white bread. It’s the kind of sandwich you eat when you’ve given up on life after not seeing the sun for four months in a row. 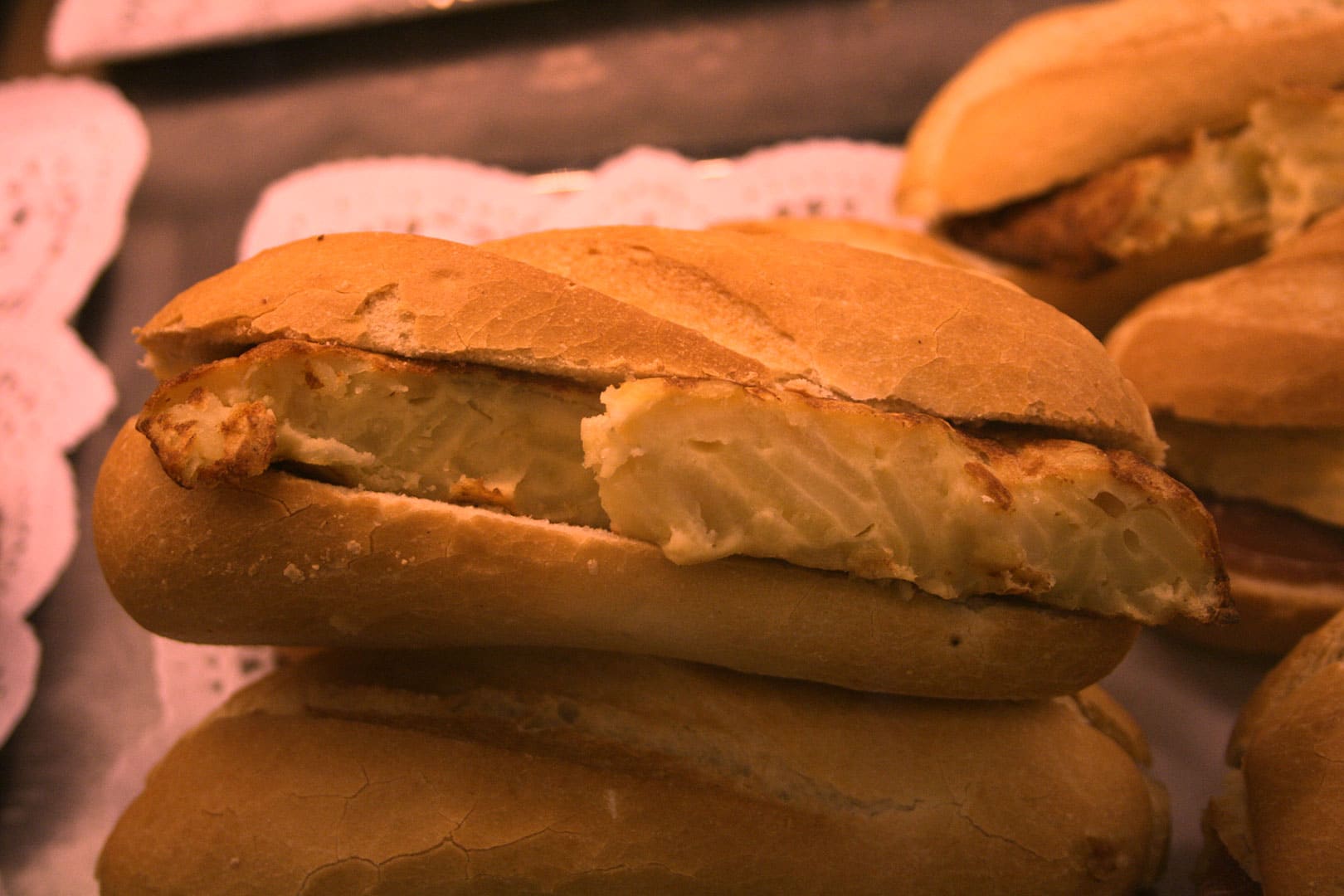 The bocadillo is a fancy-free Spanish sandwich that sees a type of small Spanish baguette, cut lengthwise and stuffed usually with a type of Spanish omelette. It’s low-cost, deliciously simple and able to be enjoyed at all hours of the day. 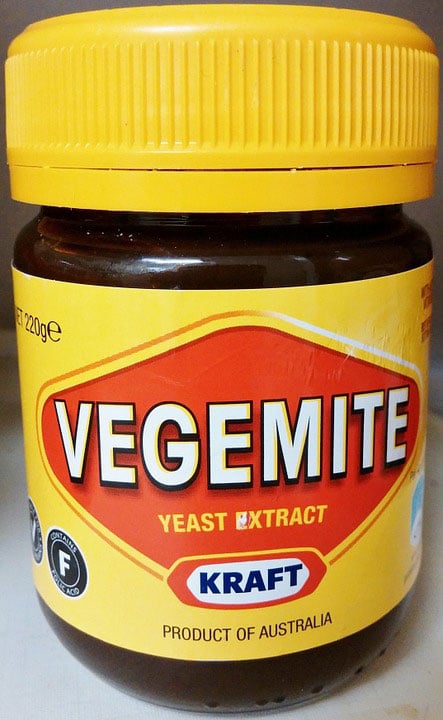 Vegemite tends to strike fear into the hearts of non-Australians. The thick, black food spread is made from leftover beer extracts to which other vegetable extracts and spices are added. It’s salty, malty and not for the faint of heart. 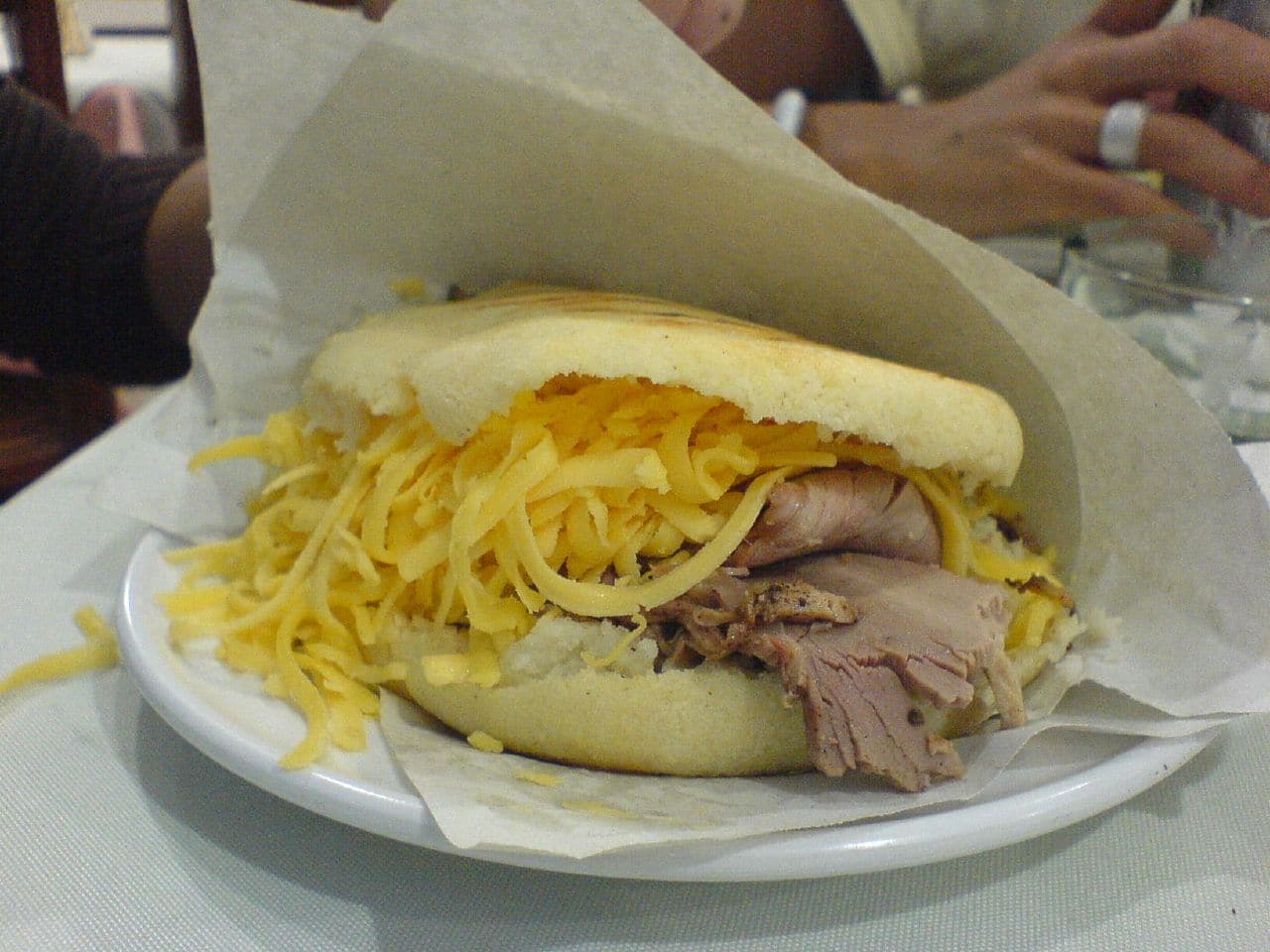 A flat round unleavened piece of dough is baked, grilled, fried or boiled before being topped with meat, eggs, tomatoes, salad, and cheese. Not limited to Venezuala, the Arepa is the sandwich of choice in Colombia, where they even have a yearly festival celebrating the beloved sandwich.