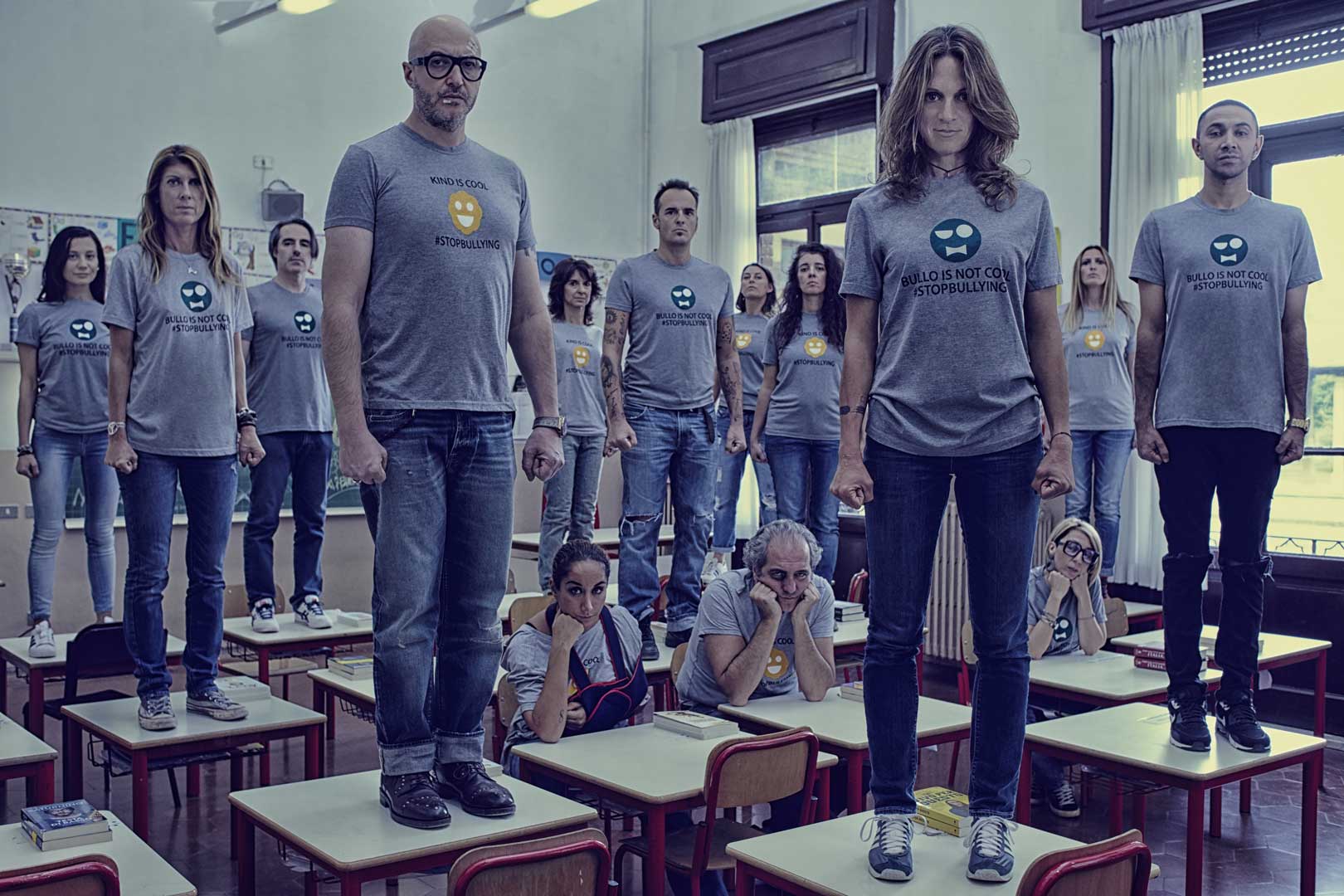 The Fifth Edition of Christmas with the Authors

Christmas with the Authors is a charitable no-profit venture created by writer Stefania Nescimbeni along with journalist Valeria Marlini, aimed to bring important figures of writers nearer to the community, making them testimonials and protagonists of initiatives that vary from year to year. The former editions met an ever growing success that culminated with last year’s charity dinner in Filippo La Mantia’s restaurant. This new edition, instead, is dedicated to fight against bullying, prejudice and abuse, all phenomenons that are sadly typical of today’s society.

The core of the intense program of events scheduled for this edition consists in a crowdfunding campaign named “Let’s race against bullying” to sustain the Casa Pediatrica Fatebenefratelli directed by Dr. Luca Bernardo, who since 2015 has been battling against this very relevant issue, and will last until December 2017 and will have the support of both the involved authors and the other distinguished sponsors like fashion maison Aspesi. Another important supporter of the campaign is the Italian Association of Minor Taxpayers that will take charge of the social and counting management of the many sponsors.

The program is packed with initiatives. Everything started on October 8th with the DEEJAY10 Marathon that the involved authors joined as runners to further raise awareness to the public fundraiser. The next step will be on November 30th, when the Milanese Hotel Magna Pars Suites will host a preview of a photographic exhibit that will have the authors as protagonists, portrayed for the occasion by fashion photographer Malena Mazza, to which a charity event will follow where important figures of the culture and music world will address the crowd and the official videoclip of the initiative, realized by DAR, will be projected.

It doesn’t stop here because in the first days of December, from the 1st to the 6th, the exhibit will be open to the public in Via Montenapoleone, inside the Aspesi boutique, where it will be possible to buy the limited edition t-shirt whose revenues will be devolved to the fundraiser. And, as a closing of the edition, a charity dinner where the books collected, as in previous editions, thanks to the generosity of the Publishing Houses that will adhere will be sold. A part of the books will be given to Fatebenefratelli Hospital, to Scuola Rinnovata Pizzigoni and to the Aiutiamoli Onlus library. After that the exhibit will become itinerant and will last until January 2018 under the direction of Monica Nascimbeni.

A full and satisfying program for this new edition, that reconfirms itself as one of the major charitable of the season. In the past years, thanks to the involvement of important authors and the collaboration of big partners, the aim of the two promoters was fully achieved: bring closer the great public, and especially the youth, to reading while helping the less fortunate. A very relevant venture and a most noble aim that granted the success of past editions and will grant the success of all the future ones.