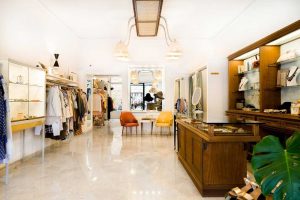 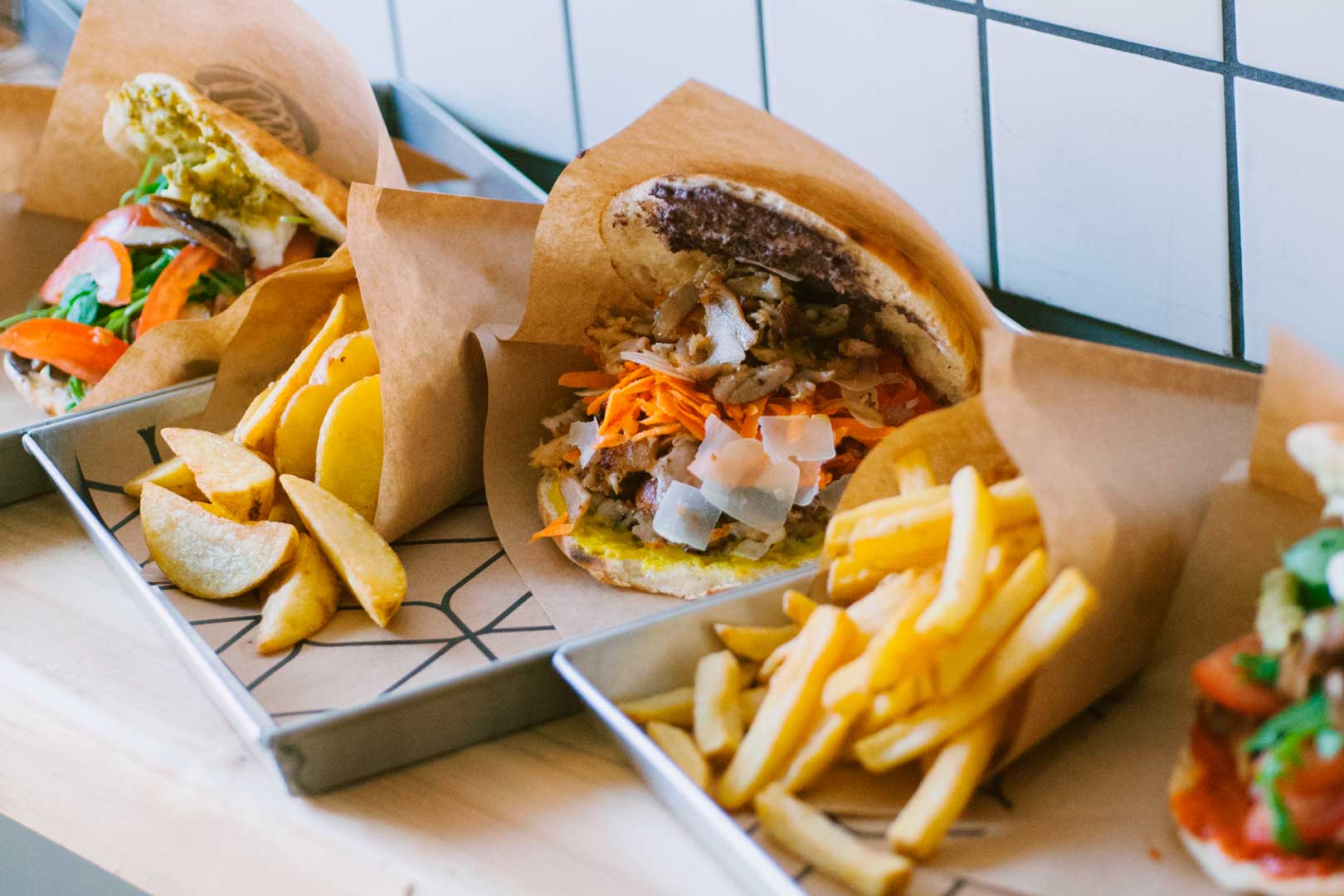 The gourmet street food that puts together Italy and Middle East

In a black and white movie of the 1930s, Vittorio De Sica dedicates a love song to his beloved Mariù, a song that has become today a famous musical motif linked to the Bel Paese culture itself. Mariù – Kebab Gastronomico Italiano has taken over the Mariuccia of the film as an emblem of the woman of yesterday and the grandmother of the endless Sunday lunches of today to propose, in Porta Romana, its reinterpretation of a classic of local street in an Italian key. 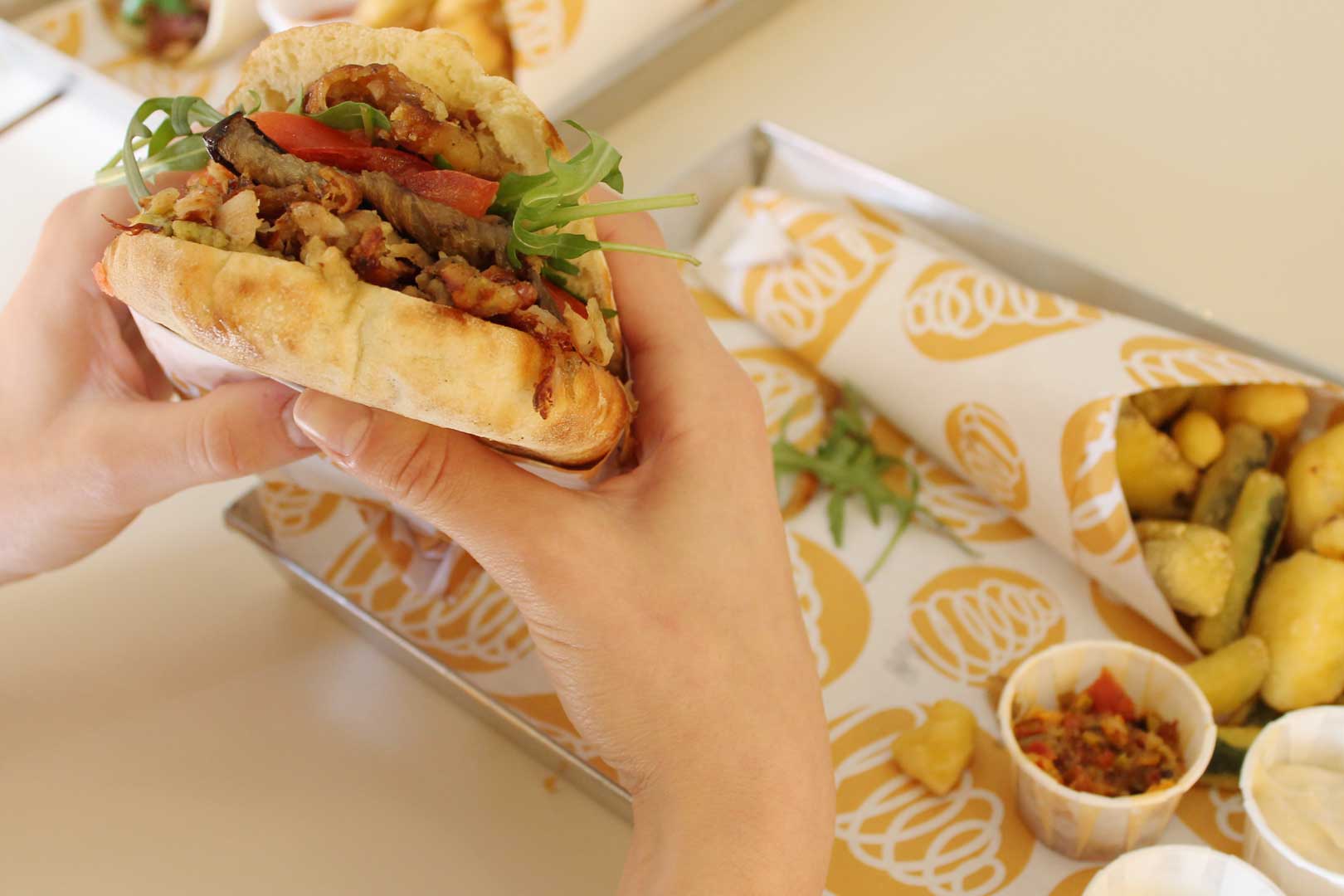 The format comes from the minds of Foodation. The group, which also includes a brand such as Briscola – Pizza Society, pursues an informal and markedly Italian vision of food, promoting an idea of experiences lived in the name of quality fast casual dining. As soon as you enter Mariù you feel the will to rethink the canons of this street food starting from the design of the spaces. The room alludes to vaguely retro school environments: wooden desks, chairs and stools that recall a classroom and wall tiles arranged almost to compose a large squared notebook, typical of the elementary school, or an old family recipe book. 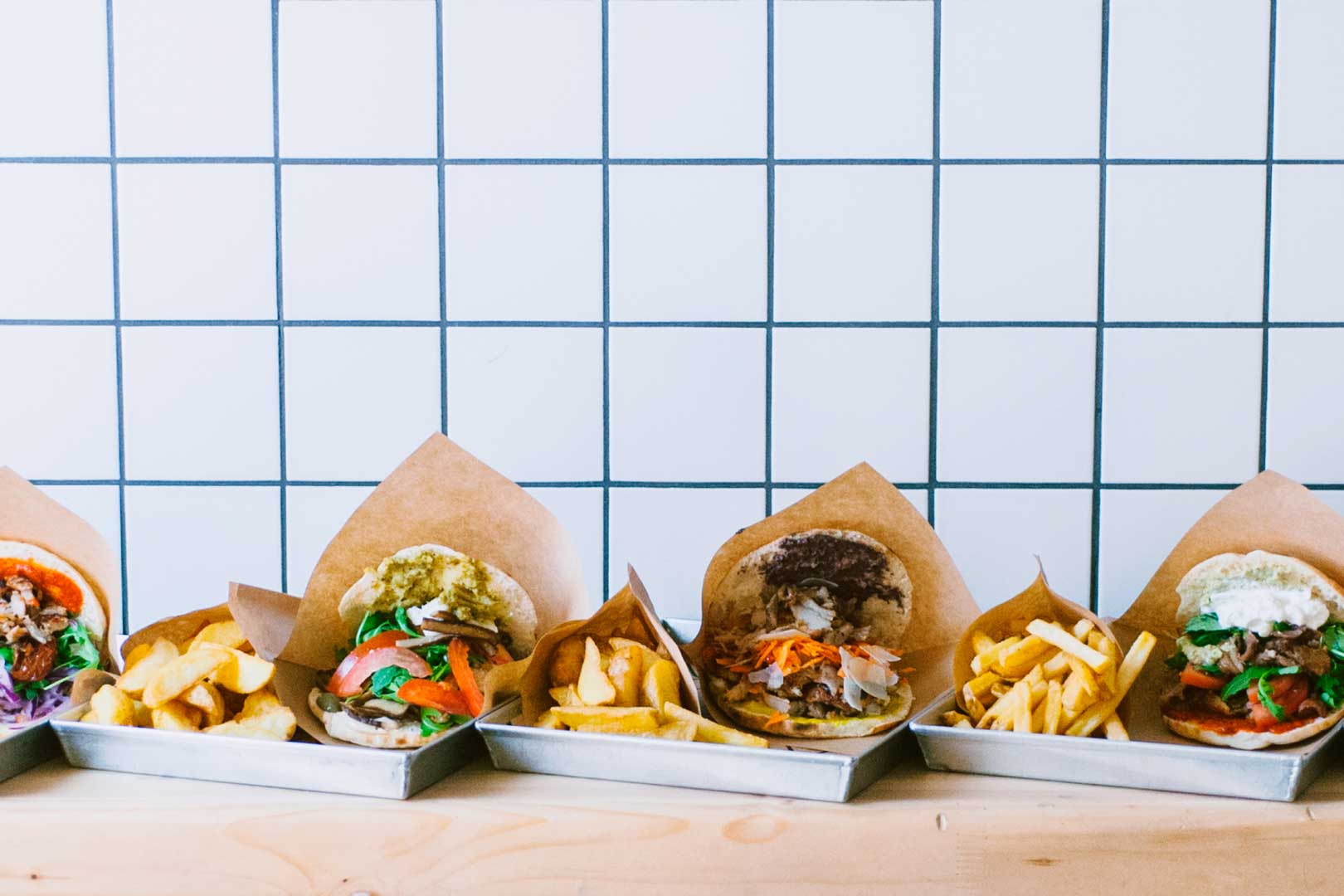 Yellow is the predominant color and the fil rouge of the place along with a pattern created ad hoc by the managers who remembers the tiles of the Italian country houses and that is repeated on the counter, wall and placemats. The frames scattered in the room, also straddling between tradition and modernity, underline the personality of the restaurant among the tributes to the song that inspired its name and transparency about ingredients and culinary philosophy. 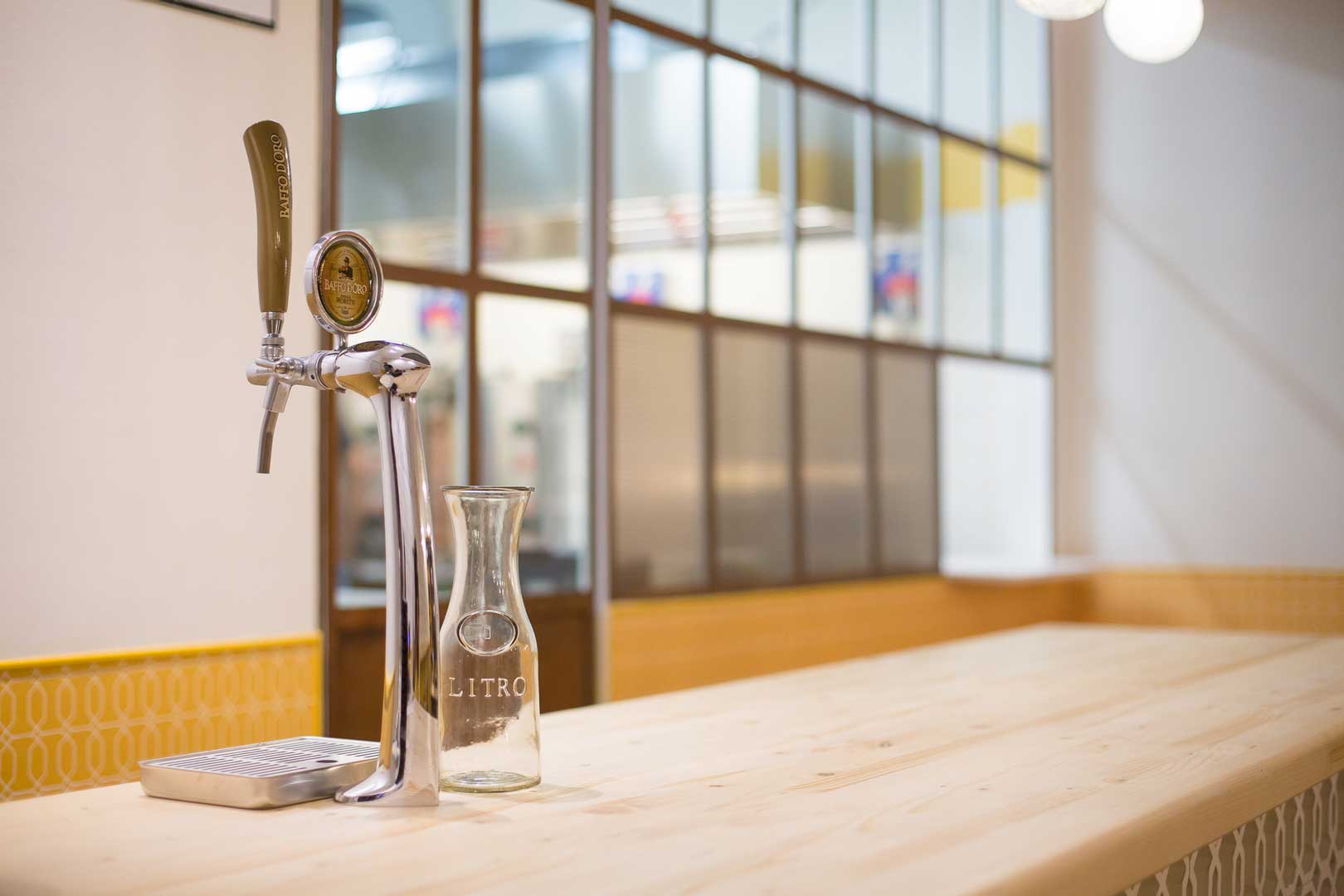 The ingredients’ quality is at the heart of Mariù’s proposal. Typical products and Italian suppliers meet the vertical cooking tradition of the Middle East to make close the flavors of two countries with a marked gastronomic culture. The result is a gourmet and unusual street food in which you can taste some of our regional kitchens like burrata, truffle, dried tomatoes, friarielli and ‘nduja alongside Italian meats certified in a blaze of Mediterranean flavors. 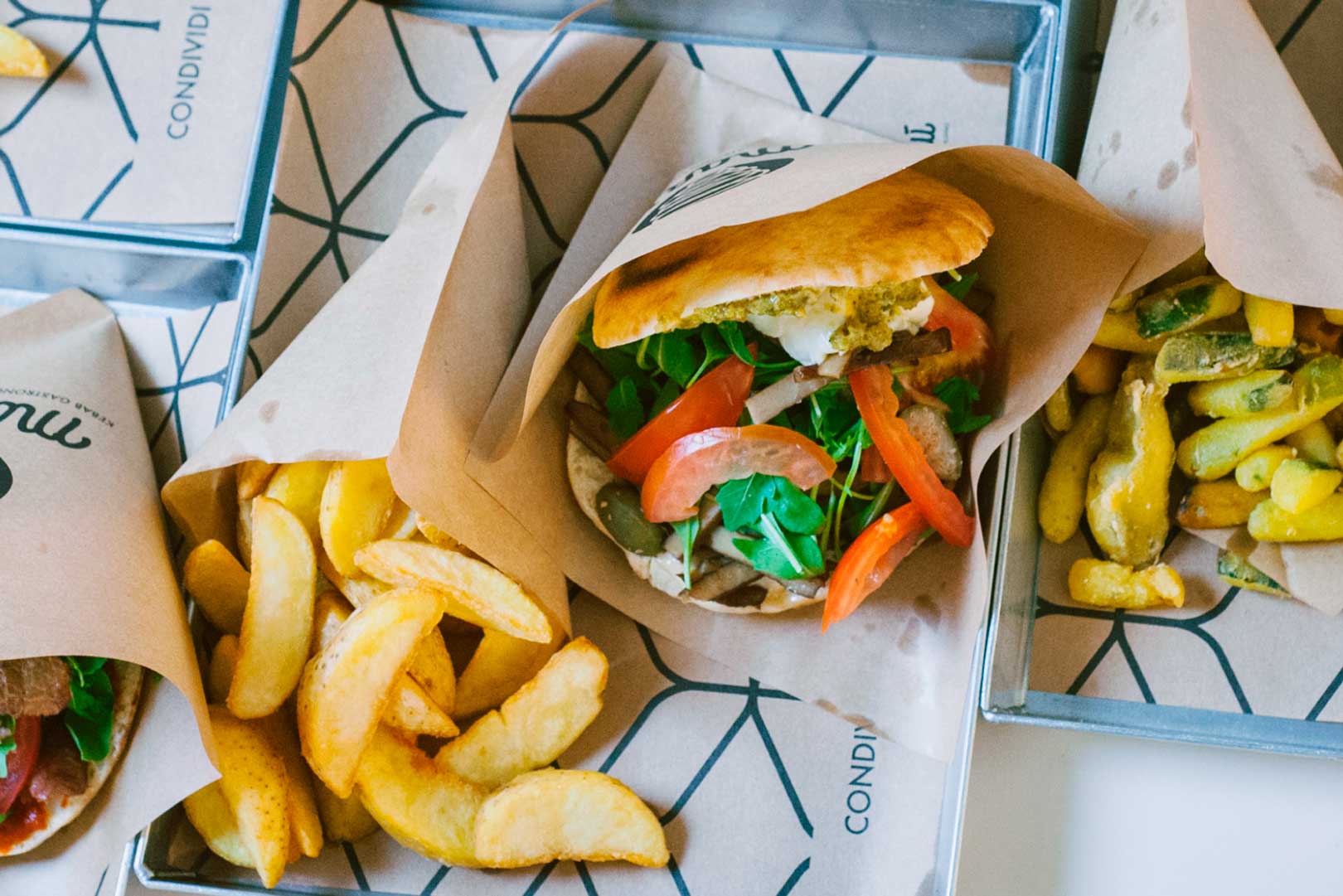 The idea is to make the customers compose their ideal kebab. The first choice is between piadina, puccia salentina cooked in wood-fired brick oven or in a box without bread for those who want to avoid carbohydrates, then it’s time to pick the meat filling: roast chicken or veal but also seitan for vegetarians and vegans. Then, the most delicate moment arrives: the decision of sauces and extra ingredients among an extensive list of vegetables, toppings and cheeses. 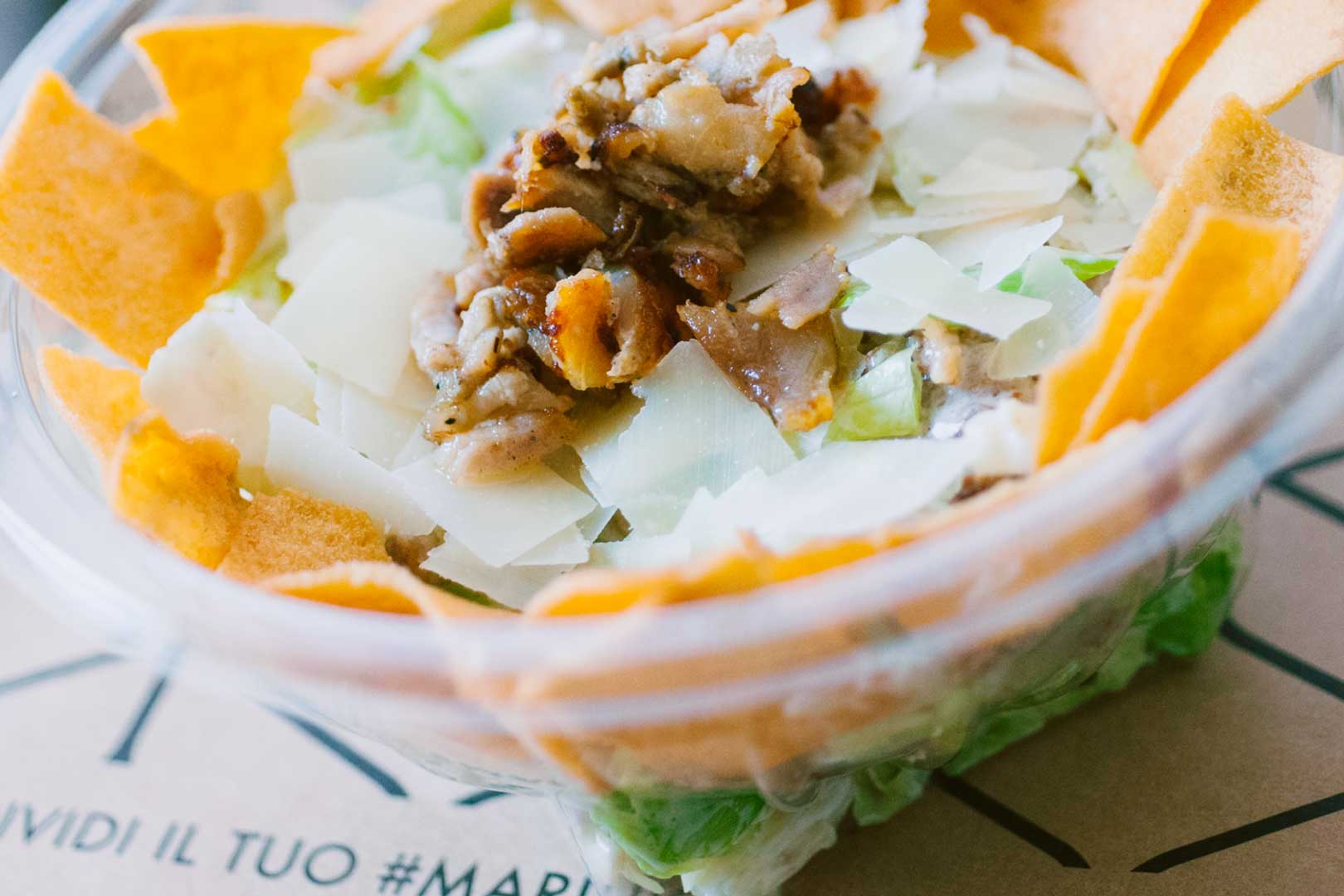 Don’t be afraid if you are always undecided because at Mariù – Kebab Gastronomico Italiano have thought of those who lose themselves in the mare magnum of the ingredients in the menu. In fact, on the menu, you will also find some well-designed recipes to be relied on in case of hesitation. We are sure that Mariù would approve the design of the restaurant and the contemporary and cosmopolitan twist to the classic Sunday roast. 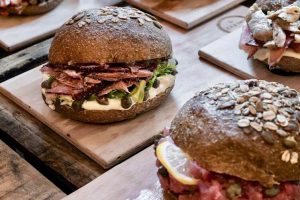 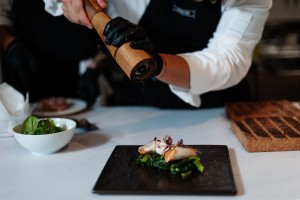 Per aprire la classifica su Google Map, clicca qui. Between new trendy openings and historic venues, Milan offers a large number of restaurants and bars where you can spend an evening with friends. One of the richest neighborhoods from this point of view is Porta Romana. It’s a residential area par excellence, and over the years it [...] 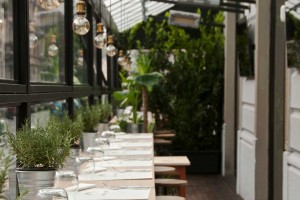 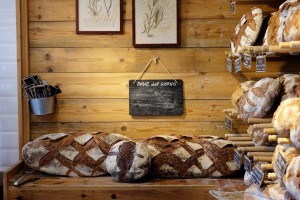 Sometimes you need to go back to your roots. To a familiar flavor that reminds you of home. To a scent that has accompanied all of humanity since the dawn of time. Instinctively, we think of a food that in its infinite variations is a staple on the tables of the world, forging beyond geographical [...] 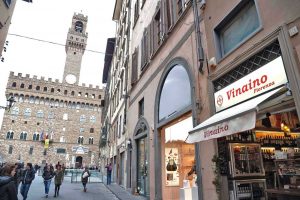