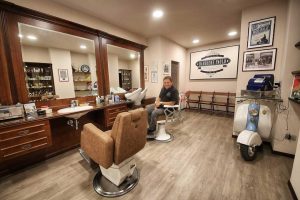 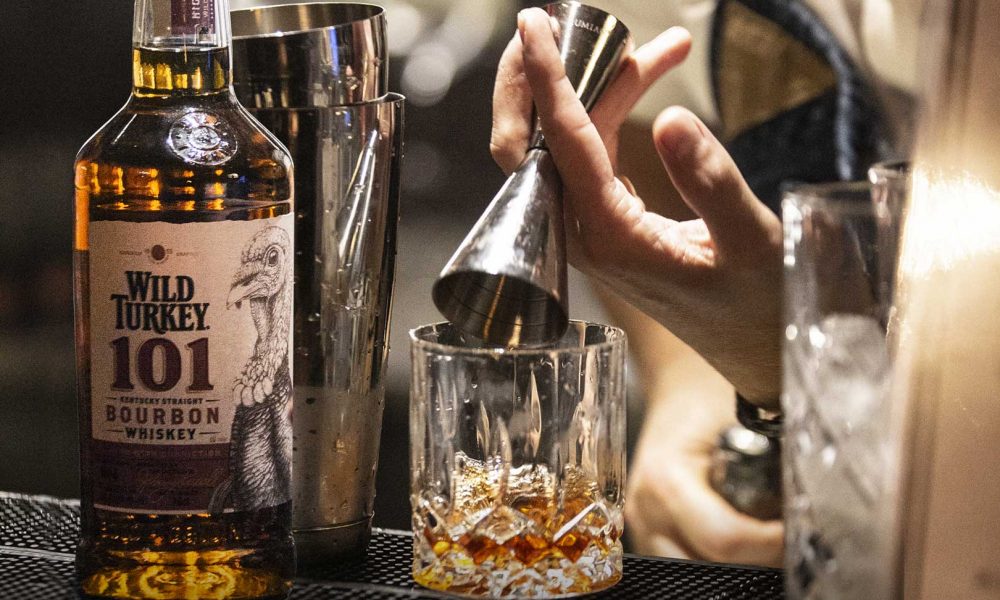 The American whiskey par excellence, between iconic cocktails and the renaissance of mixology

A star of timeless good drinking, Bourbon is whiskey with centuries-old stars and stripes tradition, meant to be sipped at home in solitude or in the company of your closest friends and loved ones. It holds a spirit of meditation, with a multifaceted essence that is extremely linked to American soil. It is a source of national pride and at the same time characterized by an extraordinary “coolness,” which brings it back into vogue among the international drink lists of the best clubs. 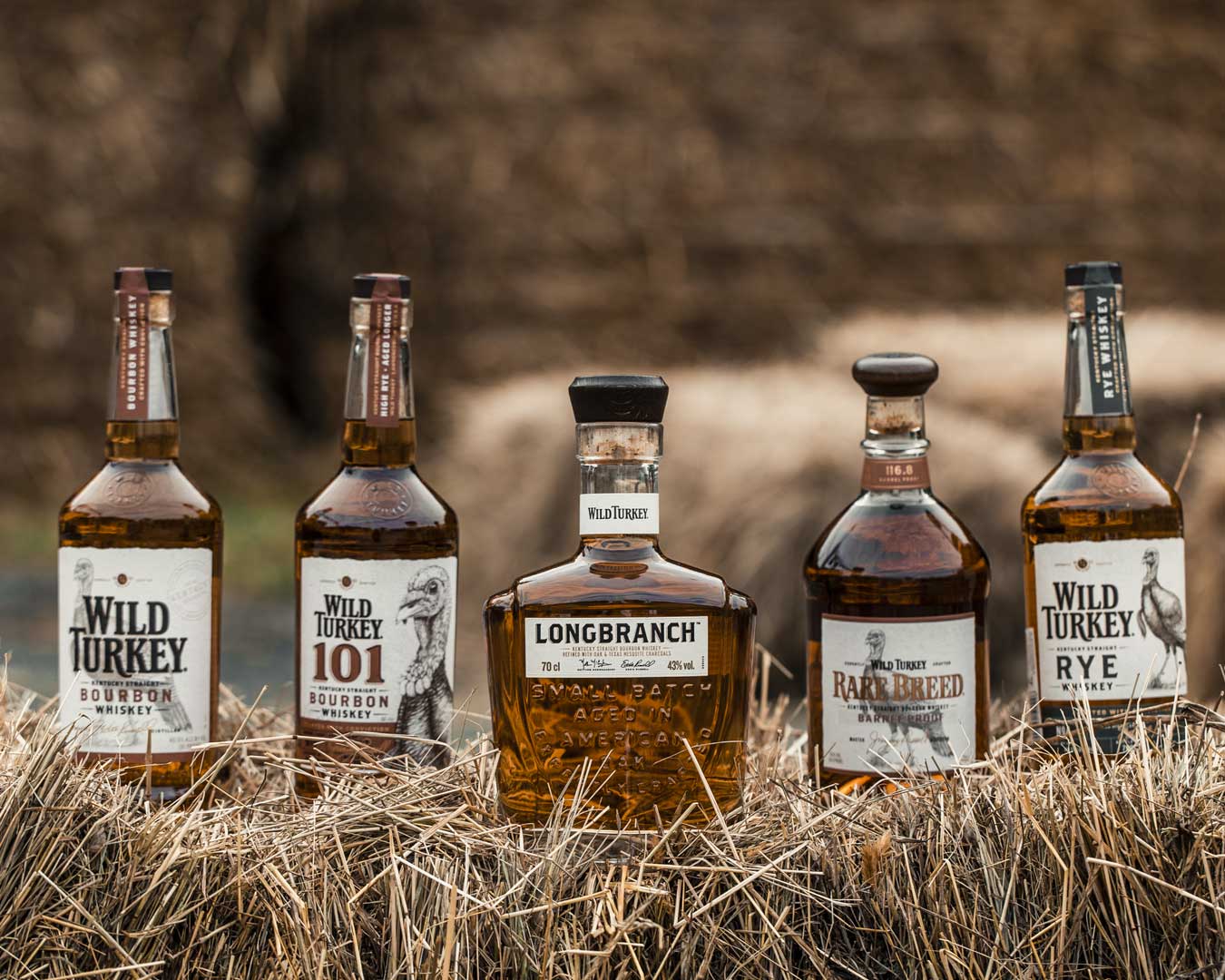 The beating heart of Bourbon’s production is Wild Turkey, a renowned whiskey born from the Master Jimmy Russell distillery in the heart of Kentucky. From this great factory of flavors, interpreter of history and quality handed down from generation to generation, stands out the Wild Turkey 101, the brand’s signature of excellence, famous for its long eight year barrel aging, strong maturation and wide aromatic range. A second noteworthy product is the Wild Turkey Longbranch, created ad hoc by Matthew McConaughey and the expertise of Eddie Russel – son of the progenitor Jimmy – following numerous attempts concluded with a legendary phone call at the first light of dawn and the choice of the perfect formula.

But when was the love for Bourbon born? It is said that the first trace of whiskey-based cocktails has its roots at the end of the 19th century, when in a magazine of the time there was talk of a particular blend, later interpreted as the famous Old Fashioned, created by a barman of the Pendennis Club of Louisville, in honor of Bourbon colonel and distiller, James E. Pepper. It was made in memory of a mix sipped at the Waldorf Astoria Hotel in New York City, by sweetening the intensity of the whiskey. It’s a historic drink starting from the roaring years of the American Golden Age, when Manhattans and Whiskey Sours were sipped at the counters. Or even in more ancient times, when Prohibition banned the consumption of alcohol in the United States, with consequent brain drain – or rather, bartenders – in Europe and Cuba, except for the “Big Easy” New Orleans. In these years, many distilleries were forced to close, but not Wild Turkey, thanks to the alcoholic production destined for military purposes. 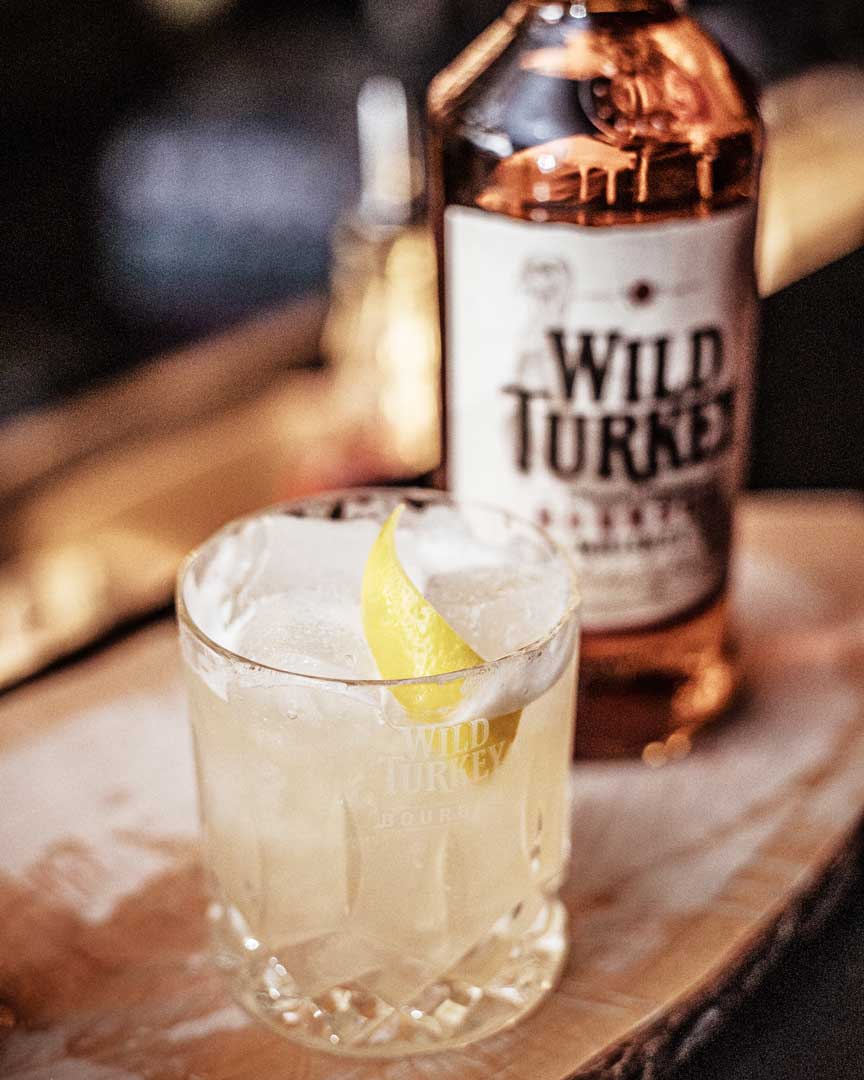 From the distant 30s and 40s, we come to the present day, a time when the renaissance of mixing brings drinkers closer to more intense and complex flavors. This is also thanks to the names of expert bartenders who have continued the common thread of whiskey-based drinks, like Dale DeGroff and Sasha Petraske. From them come the famous names of international mixology, such as the Old Fashioned – mixed with Bourbon, Angostura, sugar, soda and orange peel – and the Whiskey Sour– based on Bourbon, lemon juice and sugar – to become stars in the trends of the three most popular cocktails in the world, alongside a prestigious selection of reinterpretations, where firm elements accompany complex alcoholic notes, together with an excellent product quality and presentation with attention to the smallest details, from the glass to the service.

From the Milanese soil, to the Florentine capital, to the Neapolitan borders, a tour of the Bel Paese accompanies us to the discovery of those cocktails that today pay homage to Bourbon. In Milan, 1930 presents the Coffee Manhattan – with Vermouth and coffee – on the list, while at Carico, a new place in the heart of the Design District, there’s the Whiskey Highball with the unmistakable aroma of Japanese plum. The Gesto brand has won over its patrons with the 501 Mule based on Bourbon Wild Turkey, and if you pass through the Florentine capital, try a Flawrence – based on Bourbon, linden and jasmine syrup, liqueur acidified with chamomile, reduction of Vermouth and Campari – from Love Craft. Then head to Naples, where you can enjoy an excellent Old Fashioned or a Whiskey & Ginger from L’Antiquario. 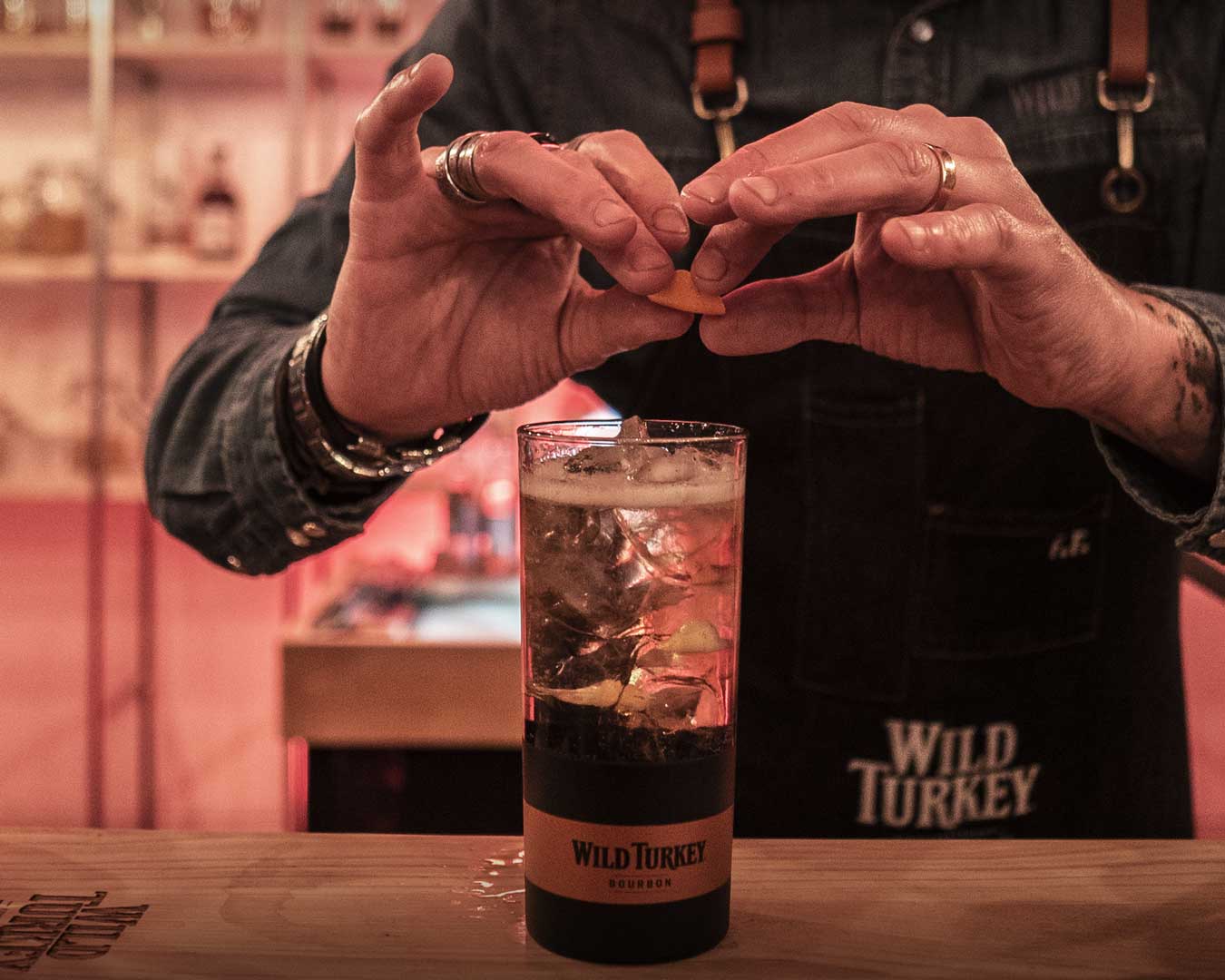 The history of Bourbon does not have the slightest intention of stopping. On the contrary, there are many winning creations that have characterized the last few years, in a combination of experimentation and continuous research. In 2007, Sam Ross, an Australian barman who moved to the frenetic land of stars and stripes, created the Paper Plane, a cocktail that combines the passion for whiskey with the mixing of bitters, in a mix of Bourbon, Aperol, bitters and lemon. The following year, Don Lee, in New York’s Please Don’t Tell, successfully created Benton’s Old Fashioned – made from Bourbon, maple syrup and Angostura. While in 2015, the Black Manhattan, with the intense flavor of Bourbon, Averna, Orange Bitter and Angostura, saw the light from the brilliant mind of its creator Todd Smith, in San Francisco.

It’s a long success story that still looks to the future while winking at the past, in a union of tradition and spirit of innovation. From the lands of Kentucky to the thousand lights of the cosmopolitan capitals, toast to the timelessness of new Golden Age Bourbon.