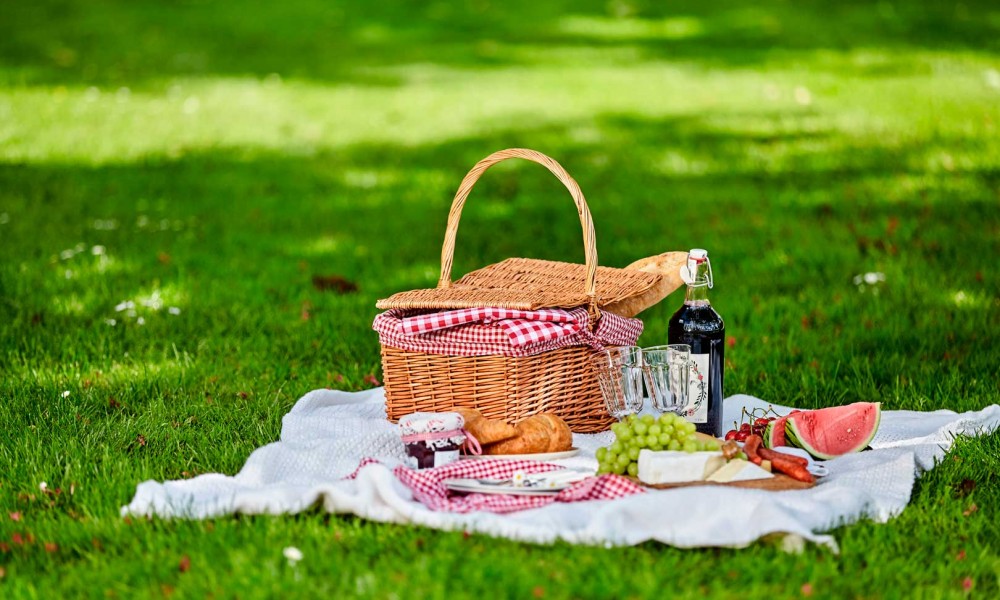 The best places to picnic in Milan

Milan is a place of trams, traffic and nightlife. Here is a jungle of tall buildings and ultramodern architecture. A city that changes daily and never sleeps, but which we can’t help but love due to its inexhaustible liveliness.

Occasionally, however, it is good to take a break from the frenetic metropolitan rhythms. And one of the best ways to do this is by looking for areas of peace in which to relax and enjoy the generous summer sunshine.

Parks, which are not lacking in Milan, are an ideal solution to these desires. All we need are real green oases where we can share moments of pleasure with those who are dear to us. This will surely help us forget the stress of a busy week and reconnect with the nature.

Then, if you add a picnic to the mix, the recipe for a perfect day is served! Here is where you absolutely have to go. 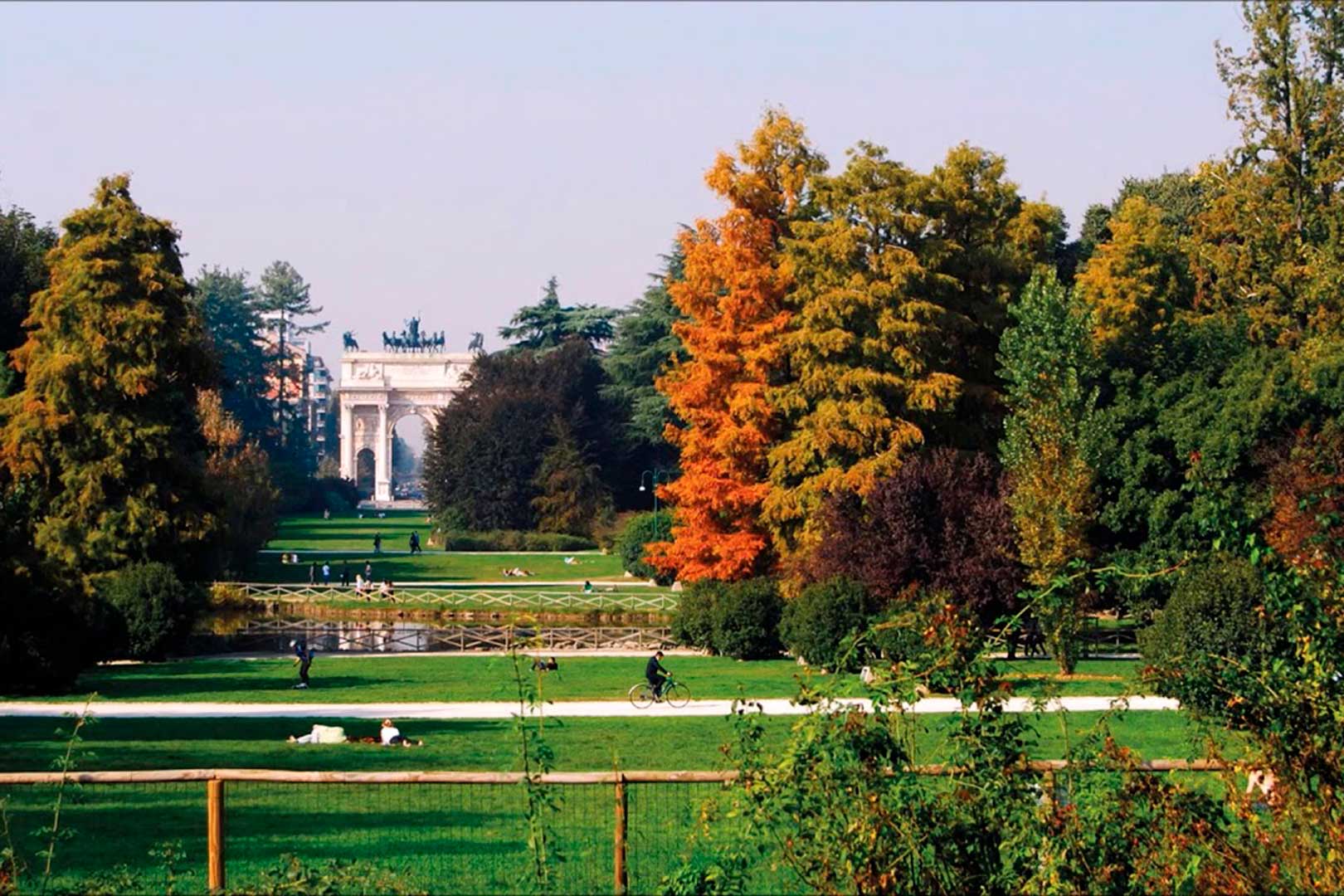 Located where the old Visconti ducal park was once located, Parco Sempione is a historical landmark. Inside it includes various structures of interest, including the Castello Sforzesco, the Civic Arena, the Aquarium and the Triennale, and extremely lovely views. There is also a nice lake! Here lies 386 000 m2 of infinite beauty. 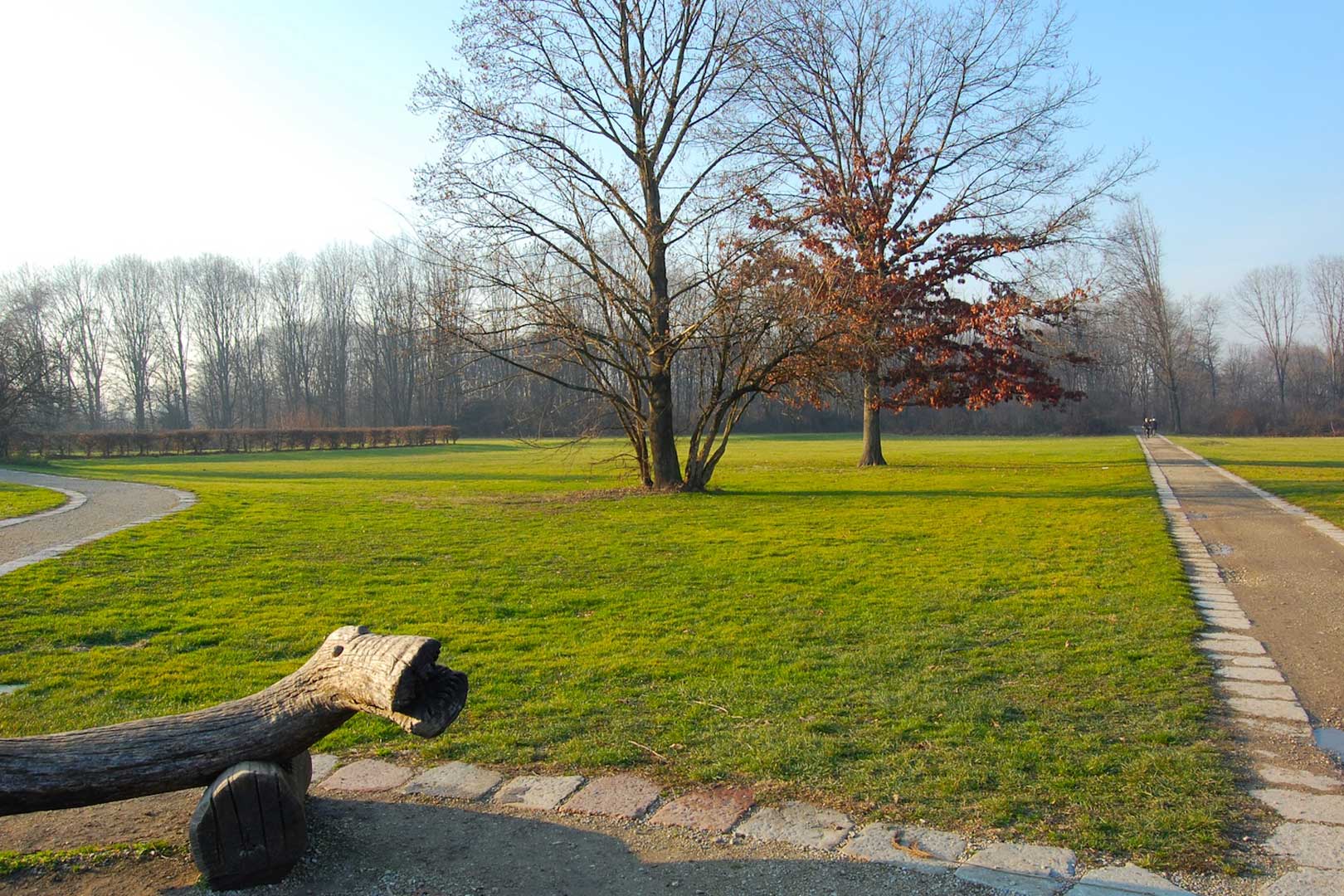 Made in 1974 by Italia Nostra in the west side of Milan, Boscoincittà is a cluster of meadows, waterways, vegetable gardens and woods – ca va sans dire -, backed by a lake, a water garden, an apiary, an orchard and several picnic areas. It’s a microcosm to be discovered.

Via delle Forze Armate, via Broggini, via Pompeo Marchesi, via Caldera 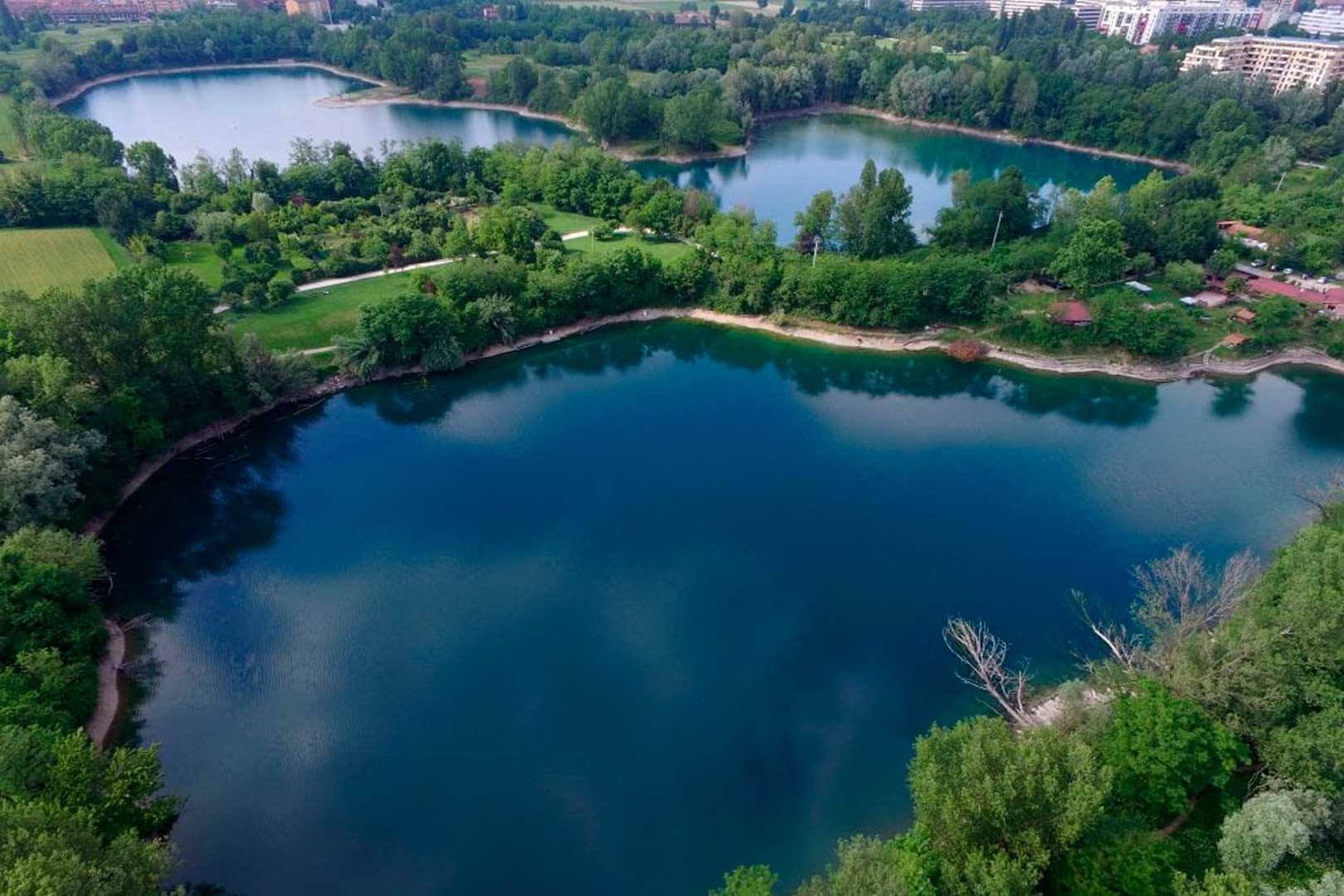 Here you’ll discover pristine lakes, turf furrowed by equestrian, cycle and pedestrian paths, and wide open space. Surely enough to satisfy your break from the world. Inserted in the largest Agricultural Park South, Parco delle Cave is the third largest in the city. It’s a paradise of 135 hectares. 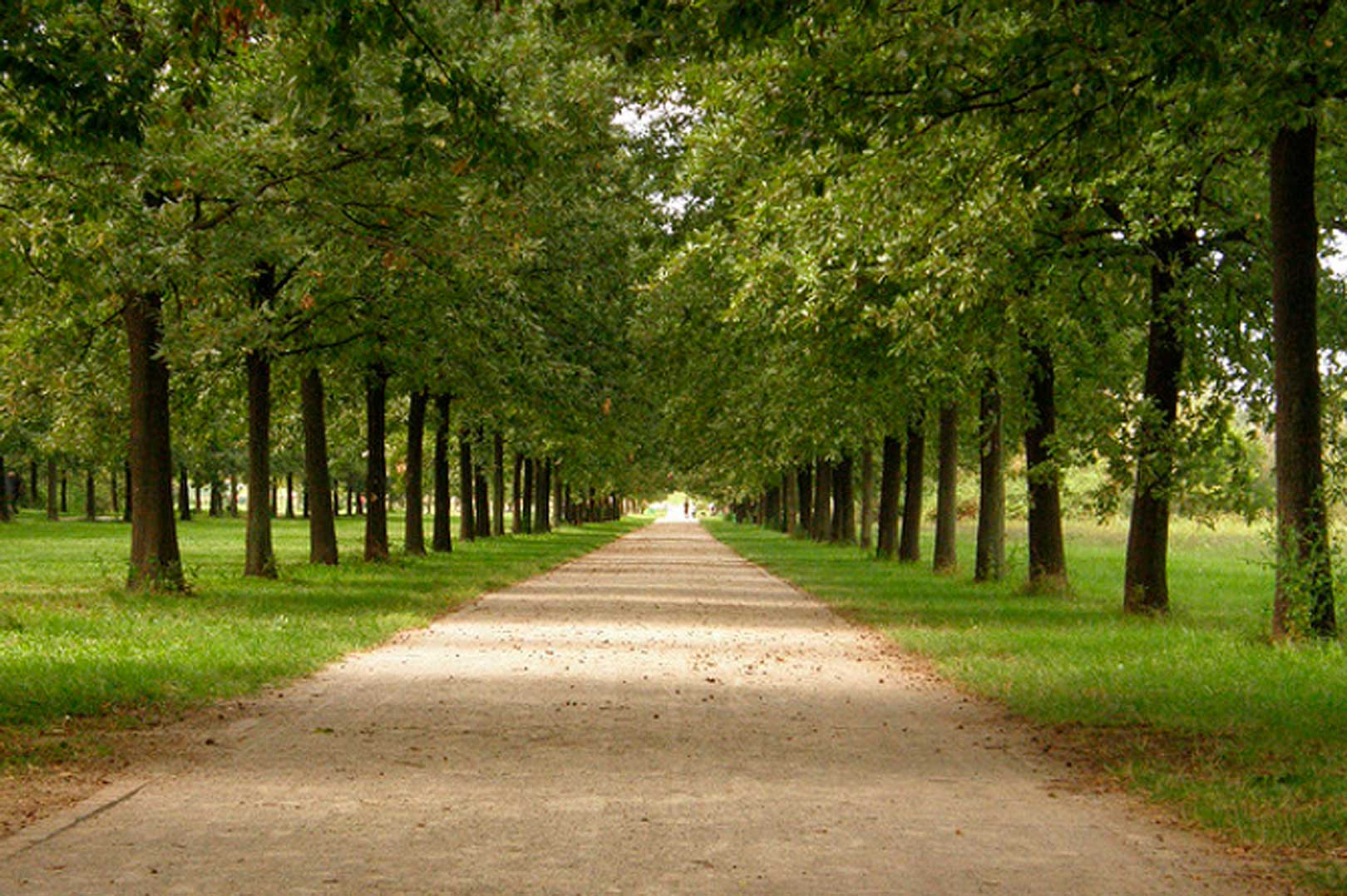 This is one of the examples of concrete sustainable development in the city. The Parco Nord Milano extends for about 600 hectares between the districts of the northern suburbs of Milan and covers an old and vast abandoned area, which has been redeveloped. Thanks to its strategic position, it has the function of a stepping stone, that is, an area for fauna (especially birdlife) to come and go as they please. This is the place to go for animal watching! 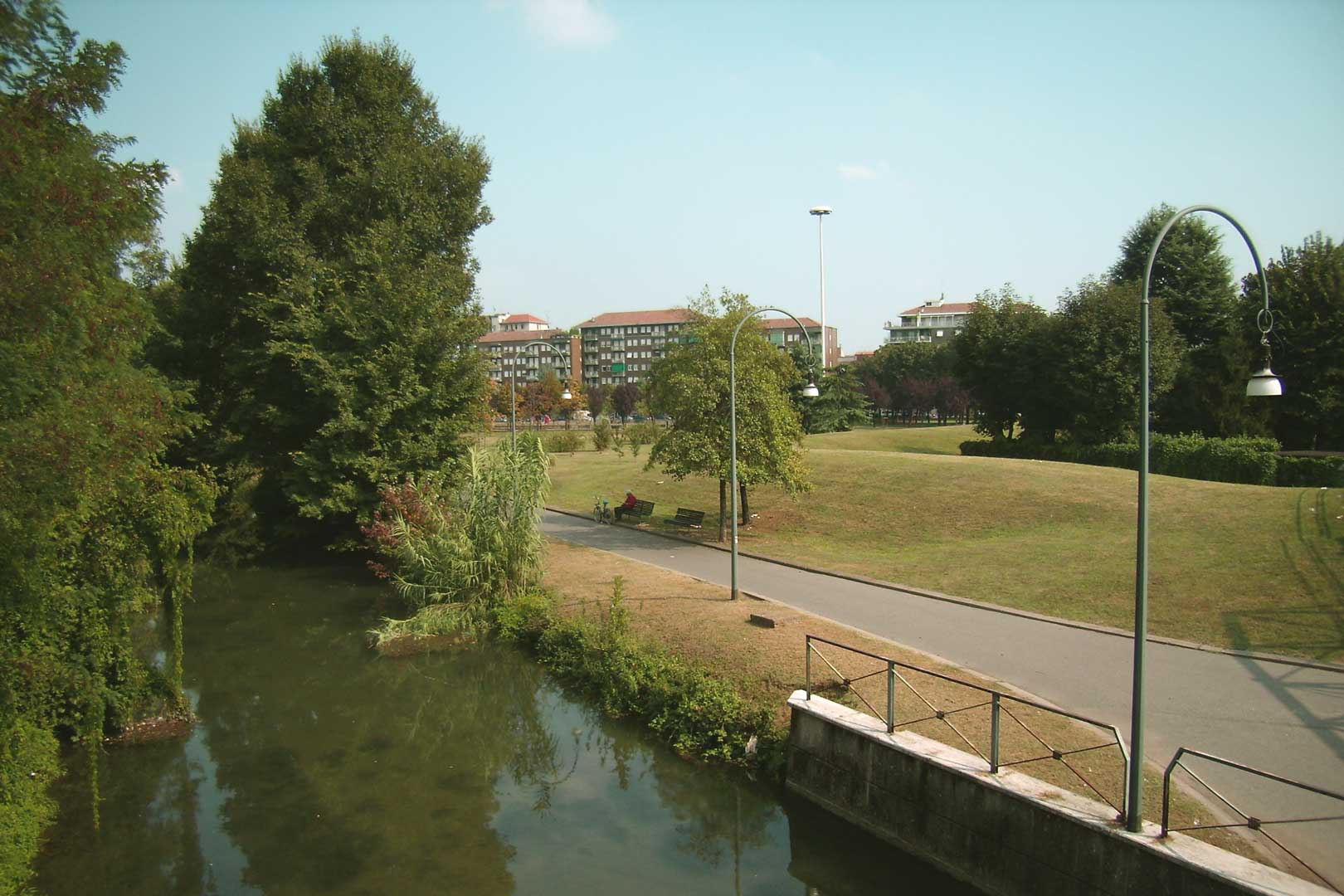 Parco della Martesana is located along the Naviglio della Martesana, in the Gorla district, and is crossed by a long cycle path that winds up to Cassano d’Adda for about thirty kilometers (bike lovers, come forward). The trees, – of numerous types including American maple, – populate the area. For your picnic, take refuge under their large foliage. 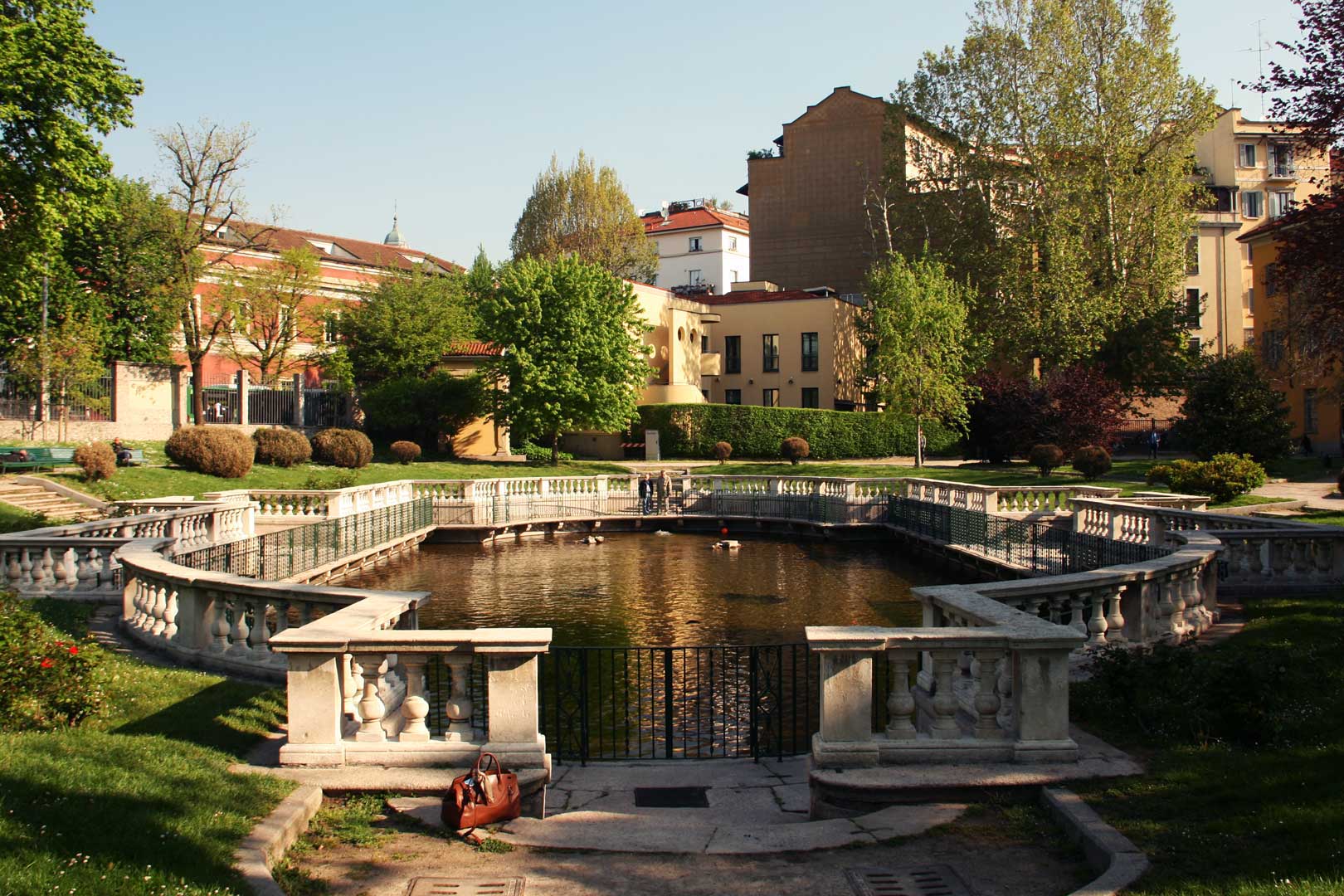 In the heart of the city, the Giardini della Guastalla may be among the least extensive, but they are also among the oldest gardens in Milan. In addition to the patches of greenery, they have some historical gems to admire, such as the seventeenth-century baroque fish pond and the neoclassical temple of Cagnola. Due to its proximity to the State University, it is a meeting place for many students. 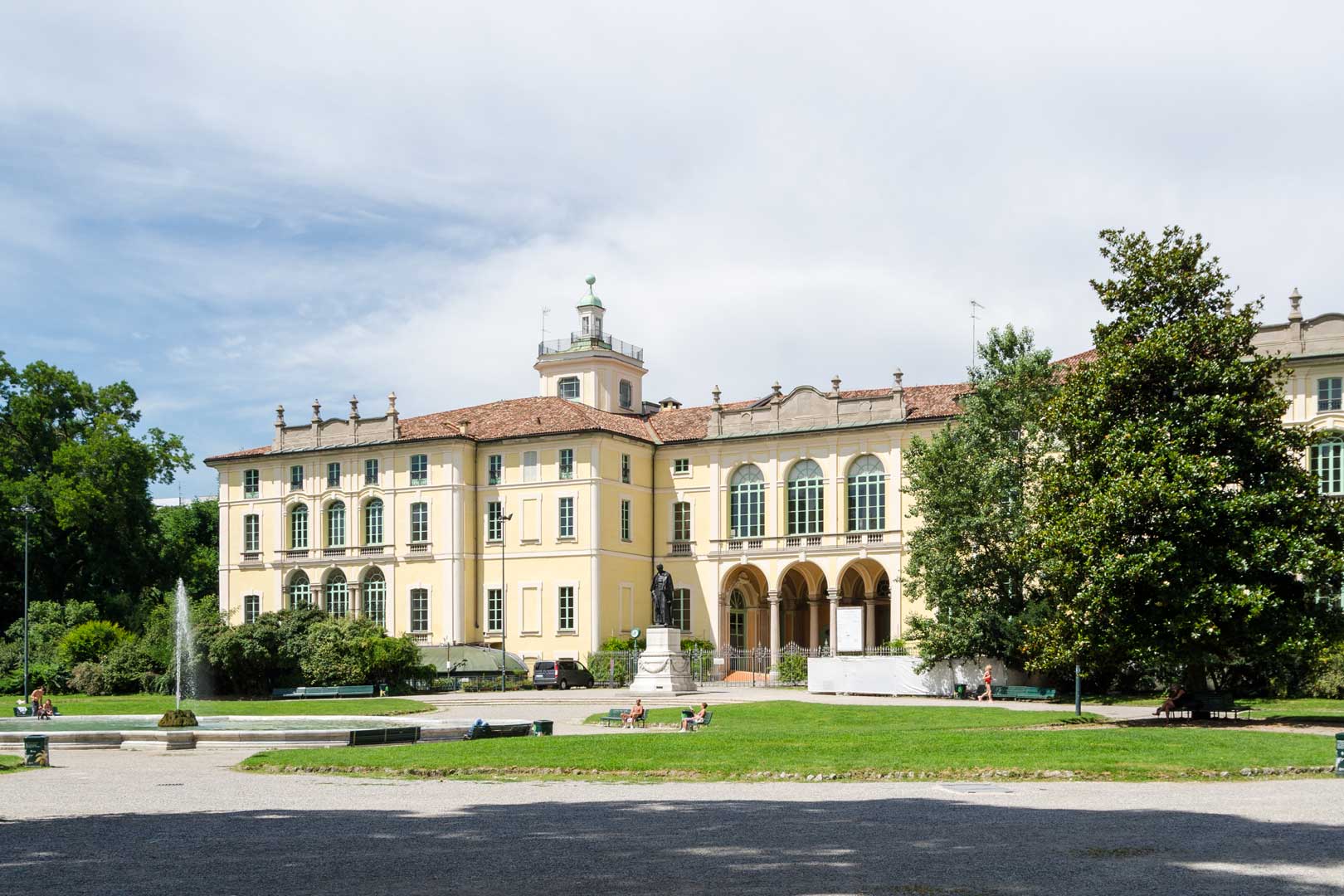 Framed by the liberty architecture of the Porta Venezia district, Giardini Indro Montanelli are the lively green lung of the social district. Built at the end of the 18th century with a “French” layout, it was the first city park designed for public use. They boast different tree species, a pond and some significant buildings (Palazzo Dugnani, the Civic Museum of Natural History and the Ulrico Hoepli Planetarium). 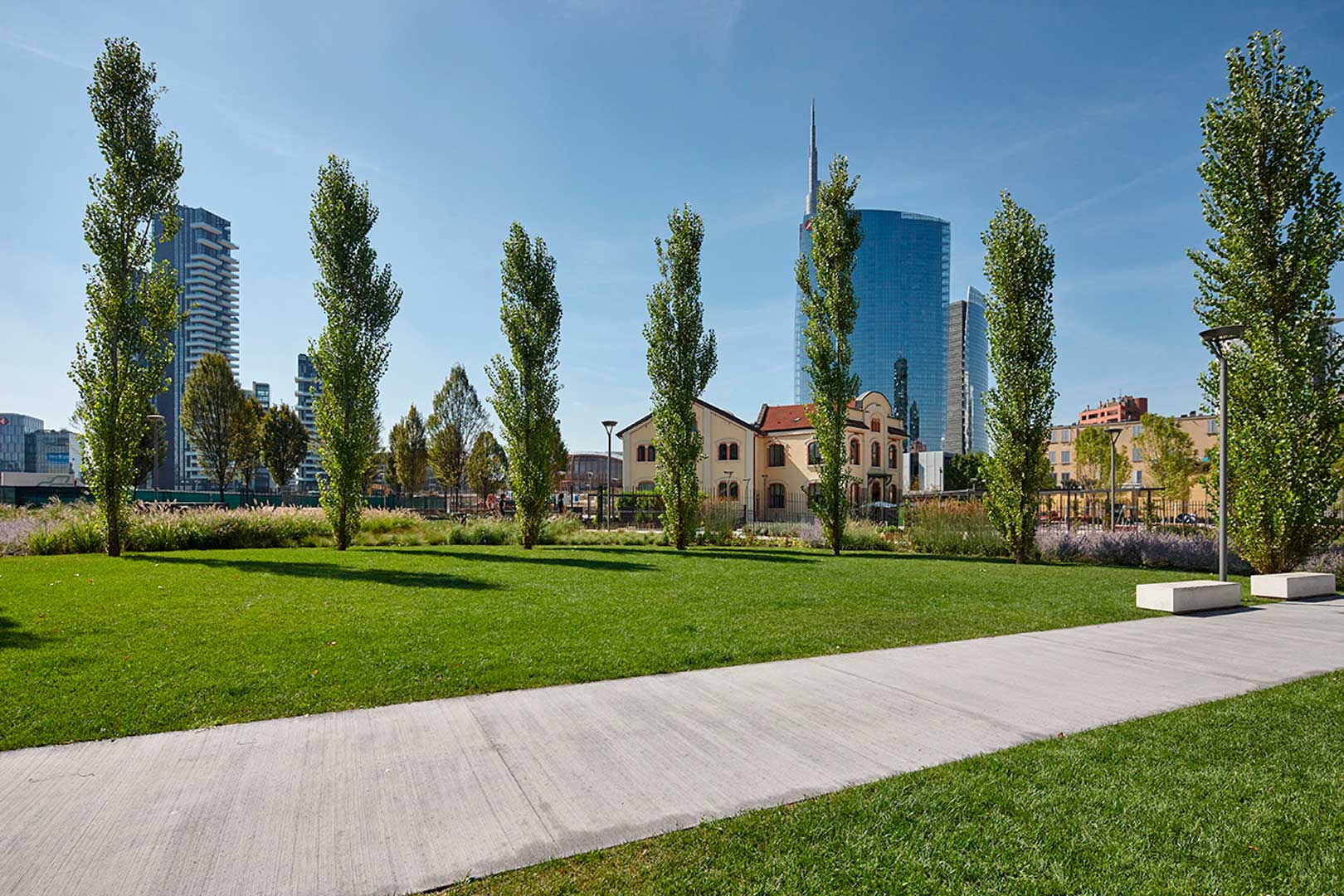 Nestled between the majesty of Piazza Gae Aulenti and the neighborhood of Isola, the Parco Biblioteca degli Alberi is one of the most recently inaugurated place to be in the capital. Designed by the landscape designer Petra Blaisse of the Inside-Outside Studio, it is a real artistic work: 10 hectares of garden with 450 trees of 21 different species and 90 thousand types of plants. Your break here will surely have an eccentric twist.

Via Passo Rolle, via Crescenzago, via Pusiano, via Orbetello, via Feltre, via Turchia, via Folli, via Casoria 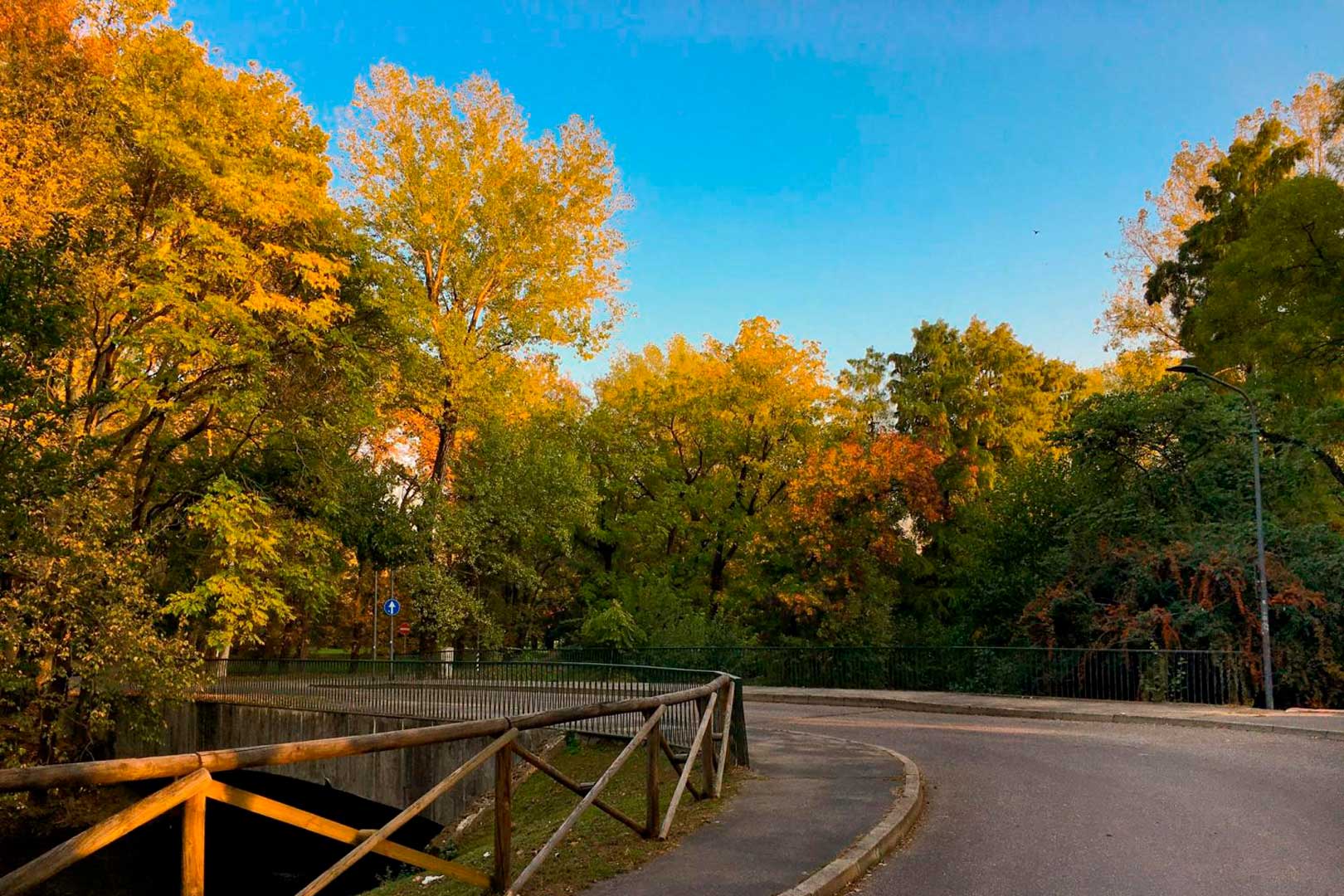 To the northeast lies one of the largest parks in Milan. Designed by Enrico Casiraghi, Parco Lambro summarizes the characteristics of the typical landscape of the Lombard countryside between its borders. The hills, plains and waterways alternate with thick carpets of vegetation, which make for the perfect spots to spread your towel and feast with friends, family or partners.

Via Cimabue, via Sant’Elia, via Terzaghi, via Isernia 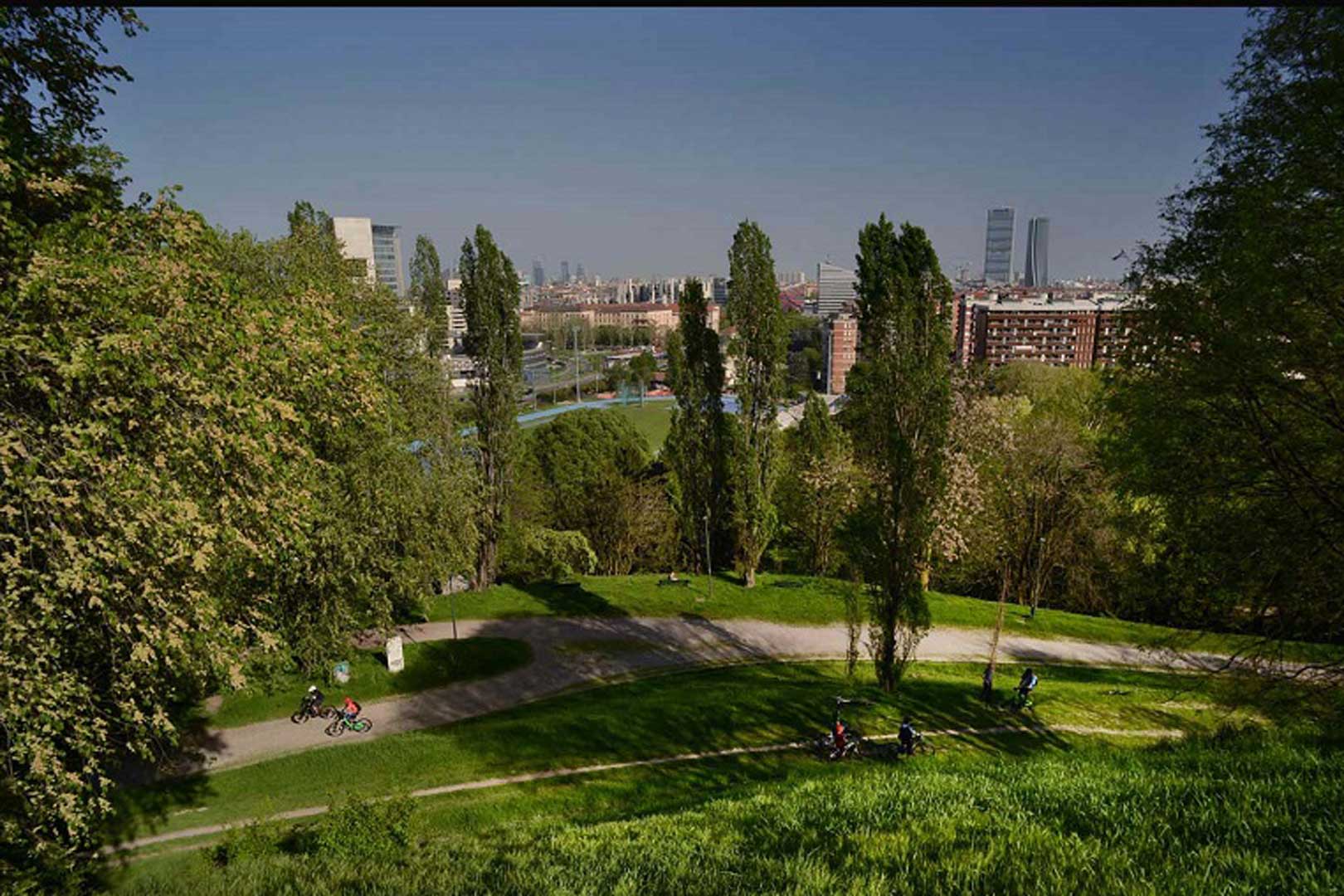 Parco Monte Stella, located in the QT8 district and known as La “montagnetta” in Milan, is a park created after the war. It was dedicated by the architect, Bottoni, to his wife, Stella. For your picnic, follow the path that leads to the top, marked by the alternation of dirt roads, paths and stairways. From here on, you can toast to the summer while looking at the city from another perspective. 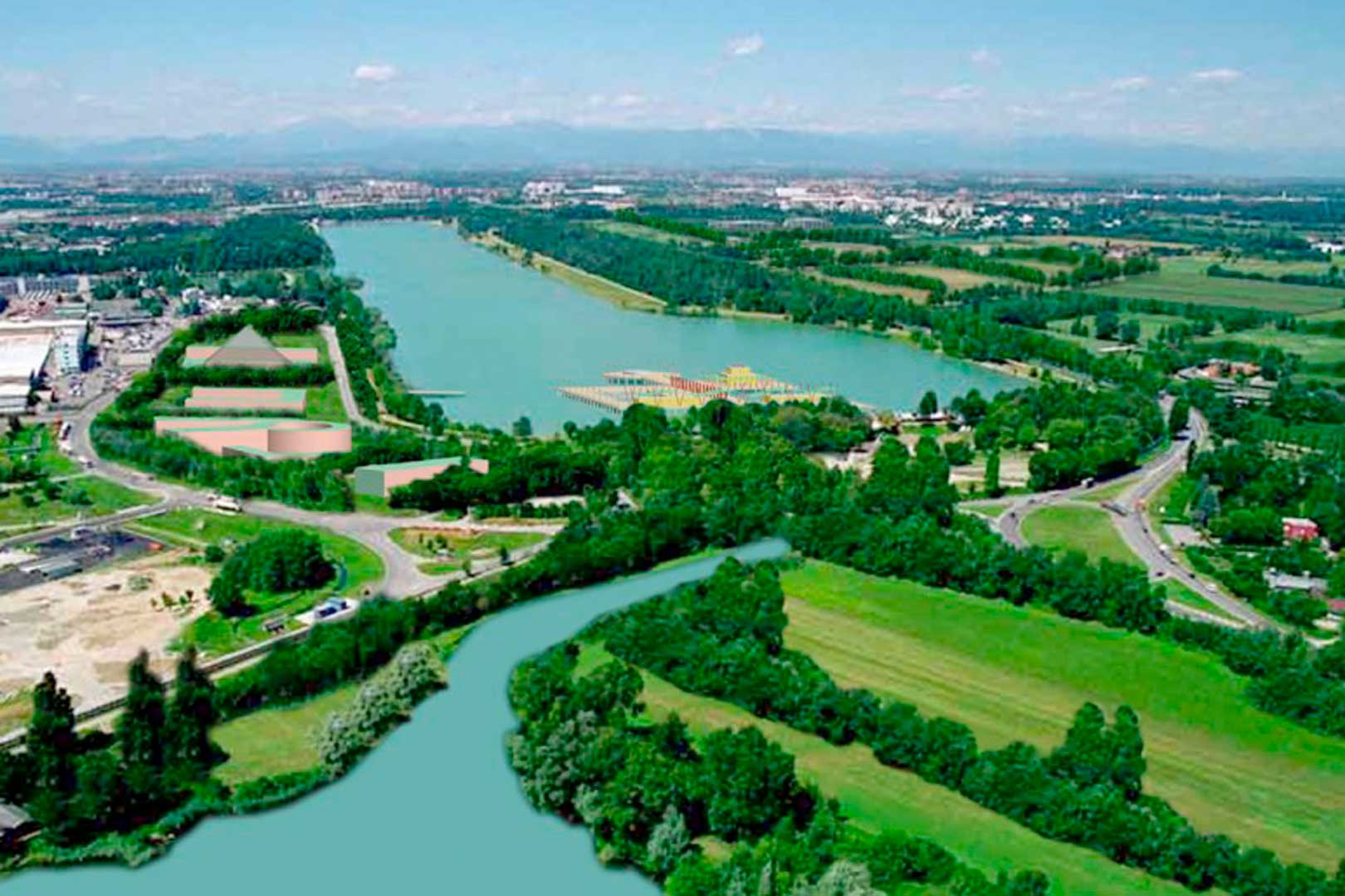 Here we have the “sea of ​​Milan.” The Idroscalo Park is a Milanese space known for the many outdoor attractions, opportunities for fun, and swimming pools to cool off in. It also makes for a good spot to have a picnic. You can eat either directly on the lawns and using the tables they have available. 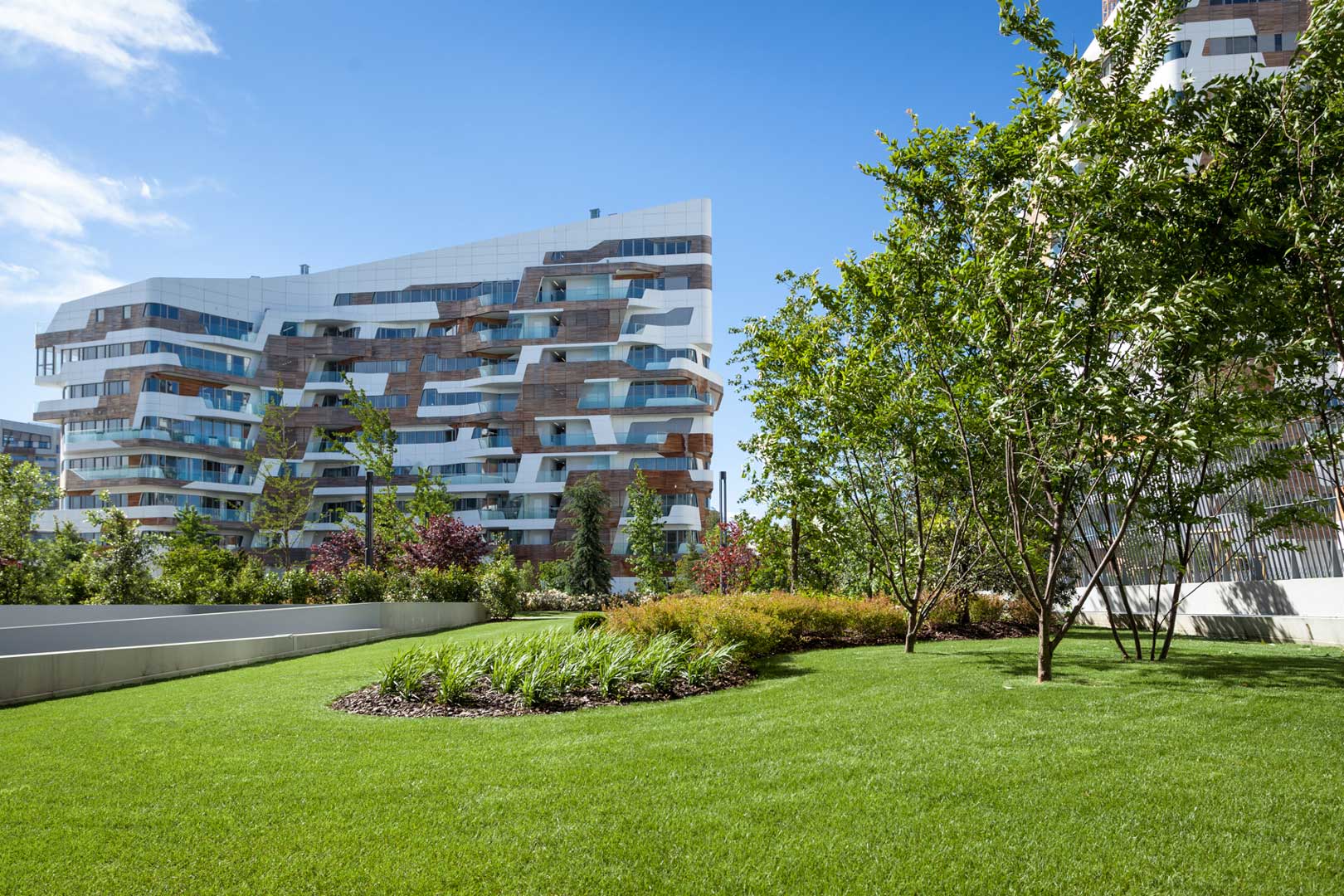 At the heart of the CityLife project, the “sustainable, symbolic and connected” park in the area is part of a redevelopment project for the former historic district of the Fiera di Milano. It is 168,000 m2 of green space, perfectly integrated with the surrounding architecture. It includes lawn areas and wooded areas. Both are the ideal setting for a break with good food and relaxation. 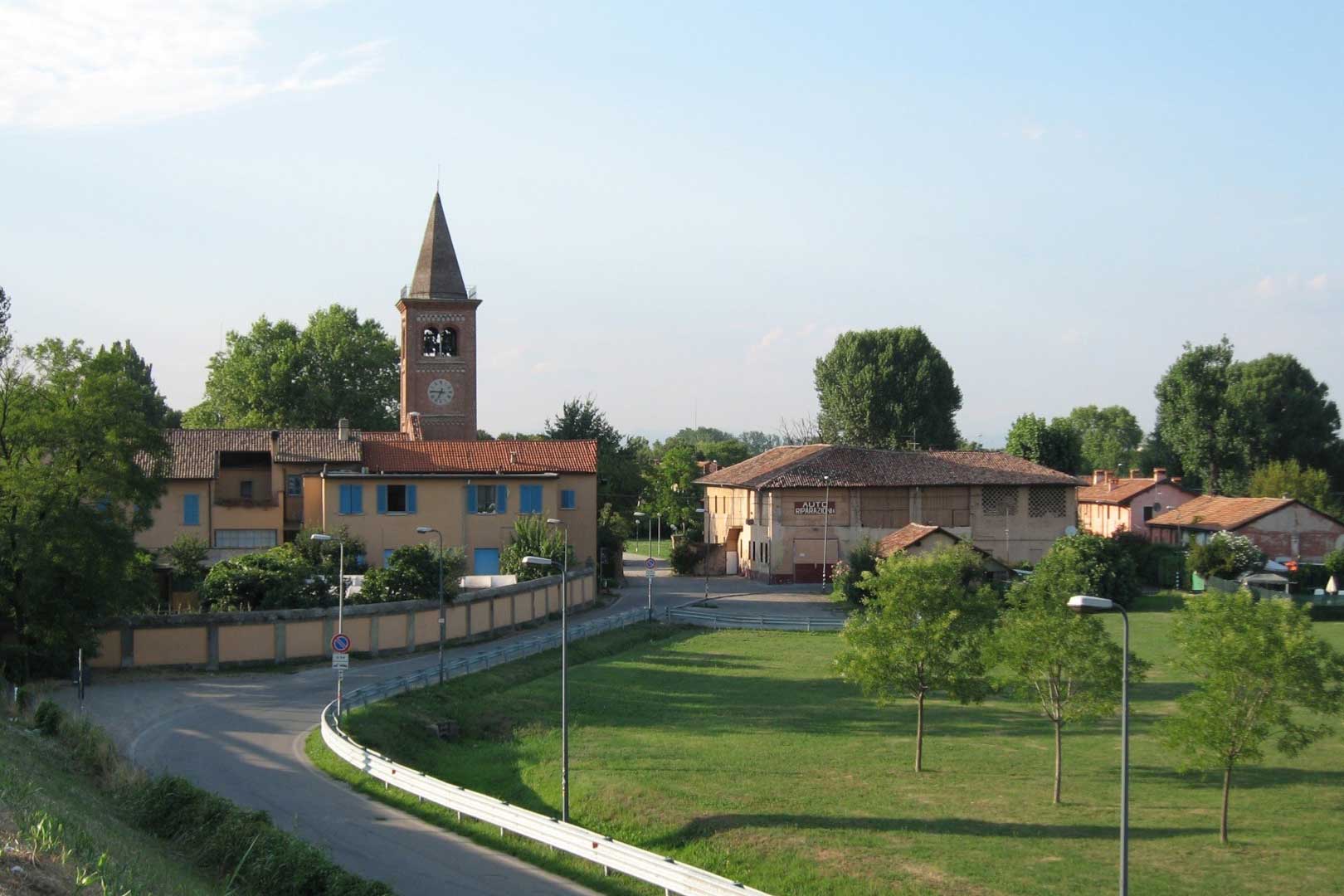 Go here for a picnic between history and modernity. Parco Monluè is located near the Lambro river on the medieval site “Monte dei lupi.” It has a rural soul and represents a very rare example of Lombard “grangia.” Here, in fact, there once was the Cistercian monastic center. The former monastic complex and the mills that populate it make Monluè a fascinating destination for trips out of town.