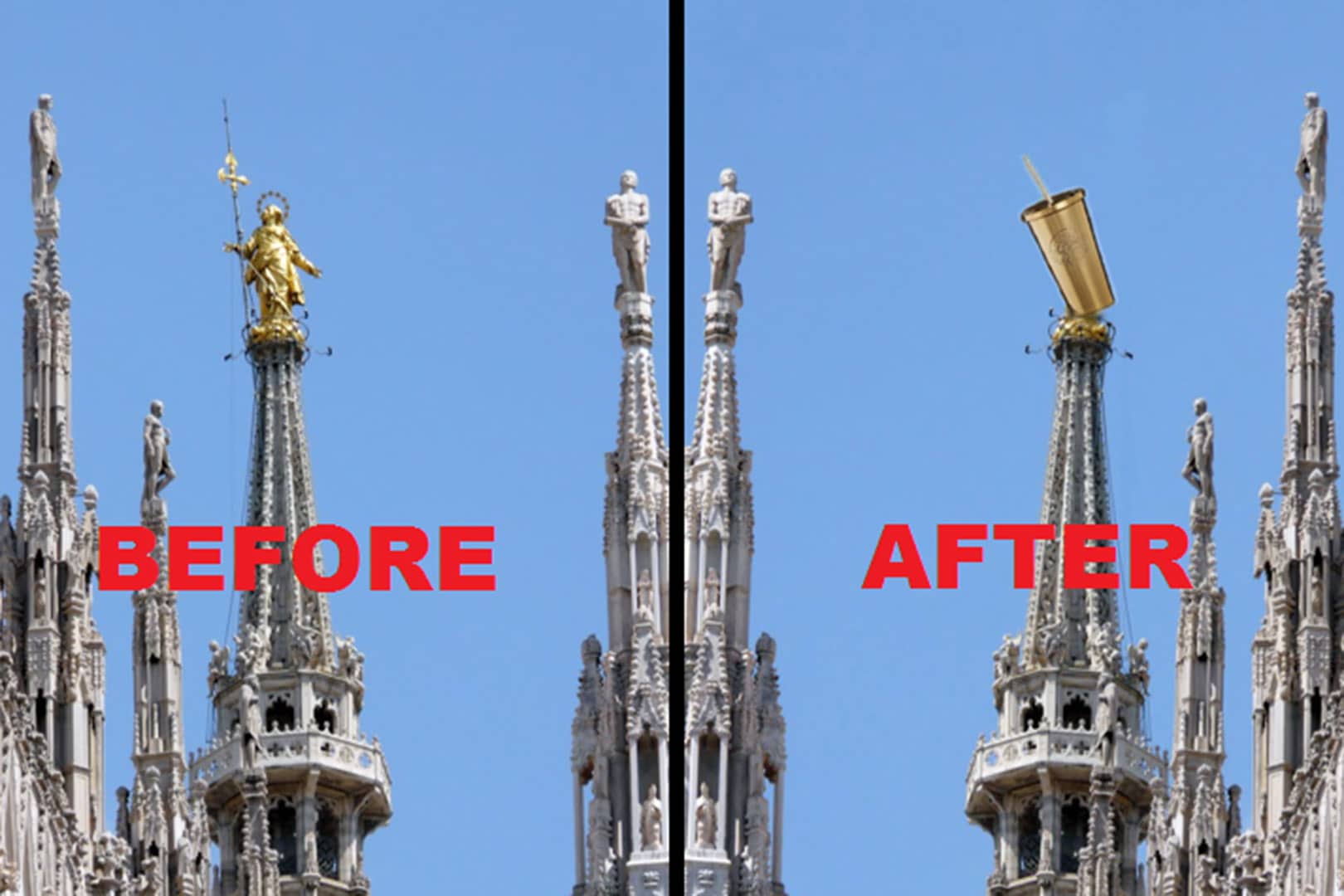 After the palm tree stunt in Duomo, has the coffee giant finally gone too far?

Hot off the heels of their first PR campaign – the infamous palm trees that were planted outside the Duomo – Starbucks returns to Milan with an even more controversial stunt.

The Madonnina is a defining symbol of Milan. The gold-plated Baroque statue of the Virgin Mary that adorns the tallest spire of the Duomo even inspired Milan’s unofficial anthem – ‘O mia bèla Madunina’.

But most Milanese are not aware of the effort that goes into keeping the Madonnina looking so fresh. To help her retain her shimmering beauty, a team of artisans removes the Madonnina from the spire every five years in order to lovingly restore her. Using a combination of centuries’ old techniques and the latest technology, the team covers any of the damage that may have been caused by the atmospheric conditions over the years, while applying a protective film over the statue that will guarantee its safety for the next five years. The whole process will take a total of four weeks with a staff of eleven craftsmen working around the clock.

Giuseppe la Burla, who heads this team says, “It’s a labour of love, a source of immense pride to work on the Madonnina. She is a symbol of our city – its beauty, its strength.” 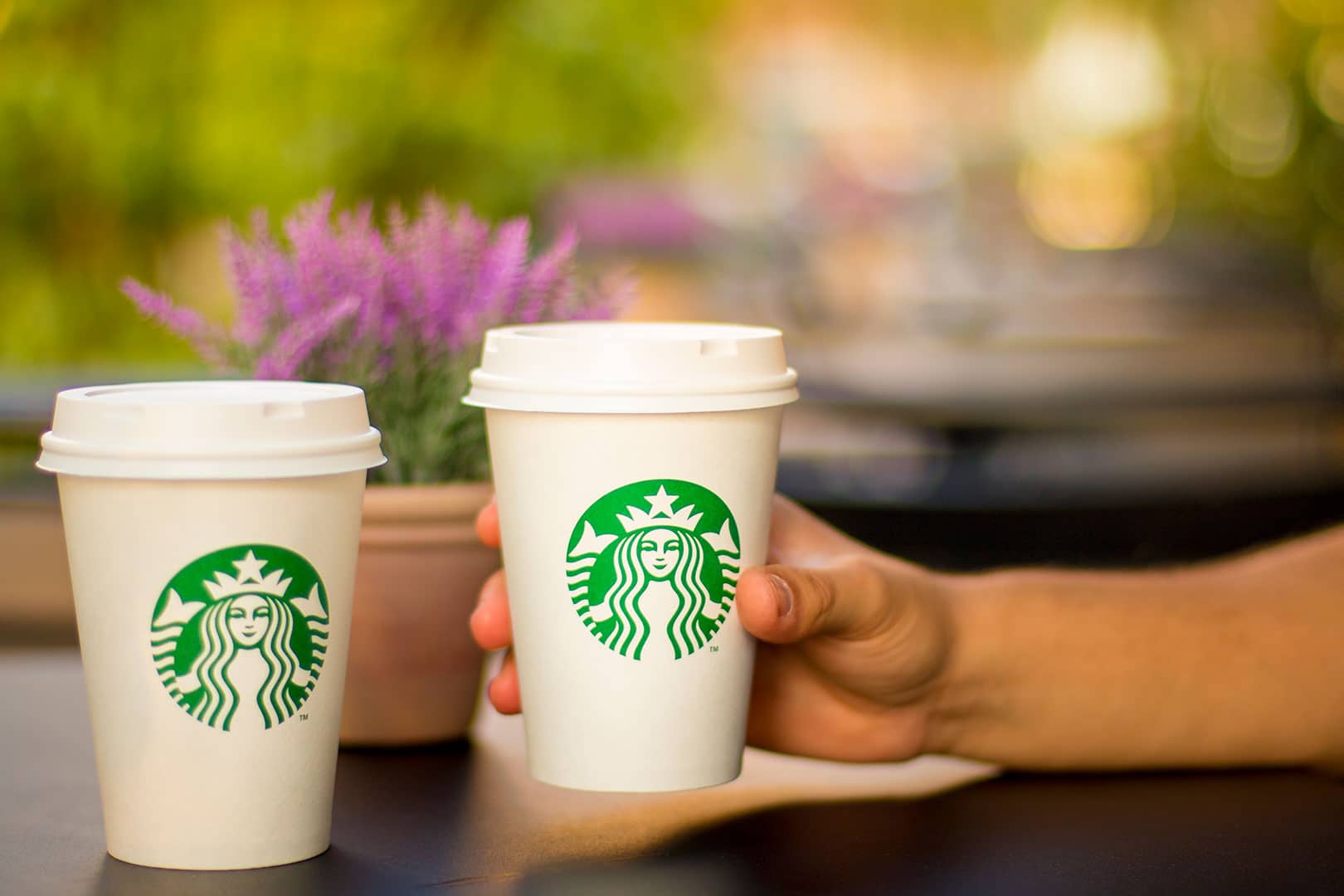 Which is why Starbucks’ latest viral ad campaign may cause even more offence amongst Milanese locals. The US-based coffee giant, who is due to open 42 stores across Italy in the coming months, has reportedly paid the custodians of the Duomo a sum of €4M to place a giant gilded Frappuccino in the Madonnina’s place for the month of April. Dubbed the Madoncino, the statue will stand at roughly the same height as the Madonnina.

Flawless Milano contacted the custodians of the Duomo who said they were unable to comment on the amount paid. Duomo spokesperson, Caterina Scherzo, stressed that this was a temporary exhibit, and that plans to open a Starbucks franchise inside the Duomo were still in negotiation, and may not be finalized by April 1.