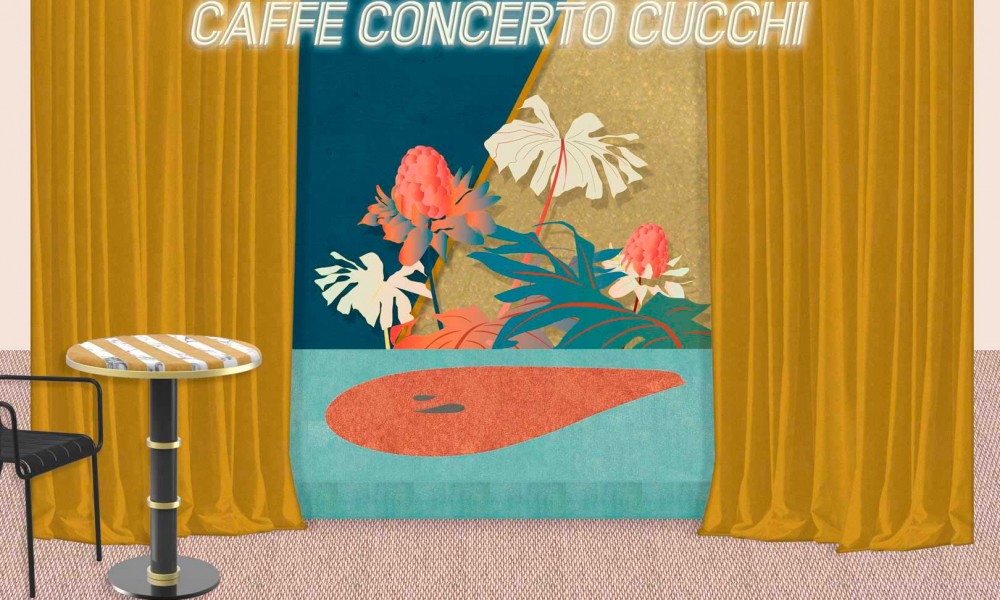 A journey through time that takes us back to the 1930s, thanks to the project by designer Cristina Celestino

Those looking for night-time entertainment, today, have a wide choice of clubs and discos. In the 30s, instead, the dancing evenings took place in the Caffè Concerto, enlivened by small orchestras and dances until late at night. The comparsita or the tango were danced, imported dances, and – between cha cha cha and the other – pasta or rice was served, to refresh the dancers. The chantant coffee was born in Paris, but Milan gives its interpretation. That’s exactly how Pasticceria Cucchi was born, the address we now associate with the best breakfast and the traditional panettone.

Luigi Cucchi and his wife Vittorina chose the space of Corso Genova to start their activity in 1936: what today is a pastry shop with a timeless charm, presented itself as a very popular concert café. Then came the war and among the damages that interested Milan, there was also the destruction of this local historian in 1943.

Soon rebuilt, it assumed the role with which we know and love it today. But without ever forgetting his origins: that’s why in the Milanese month of design, Cucchi wears his best 30s suit, and returns to being a Caffè Concerto.

The name of Cristina Celestino is not new to the Milanese: she took care of the preparation of the iconic Corallo tram, the itinerant living room, the center of the Fuorisalone 2018. Continuing on the way of revisiting the Milanese places, this year the designer engages in a project that pays homage to the past, placing it in the present. In conjunction with the MDW 2019, anyone who passes by Cucchi will be catapulted in the 1930s, and time machines have nothing to do with it.

From April 3 to 29, the doors of Cucchi opened on that pre-war period which we have perhaps only heard from grandparents, full of charm and charm. The inspiration of the designer Cristina Celestino takes us back in time, through a project that involves the interiors, the outdoor area and the external façade, without neglecting the uniforms of the staff, the mise en place and the design of the desserts.

A tribute to the past that involves the present, but looking to the future. Cucchi had a sweet response to every question that the Milanese asked the pastry shop, from 1936 to today. But the look of Cristiana Celestino is not veiled by nostalgia: her colorful personal vocabulary merges with the aesthetics of the concert café, giving a sparkling cross-section of a bygone era.

Ladies, dust off that puff sleeved dress and gentlemen don’t forget the hat at home. The 30s have never been so fashionable!

Editor’s note: This article is proudly sponsored by Bar Pasticceria Cucchi S.r.l. and promoted by Flawless Milano. Thank you for supporting the sponsors who make Flawless Milano possible.