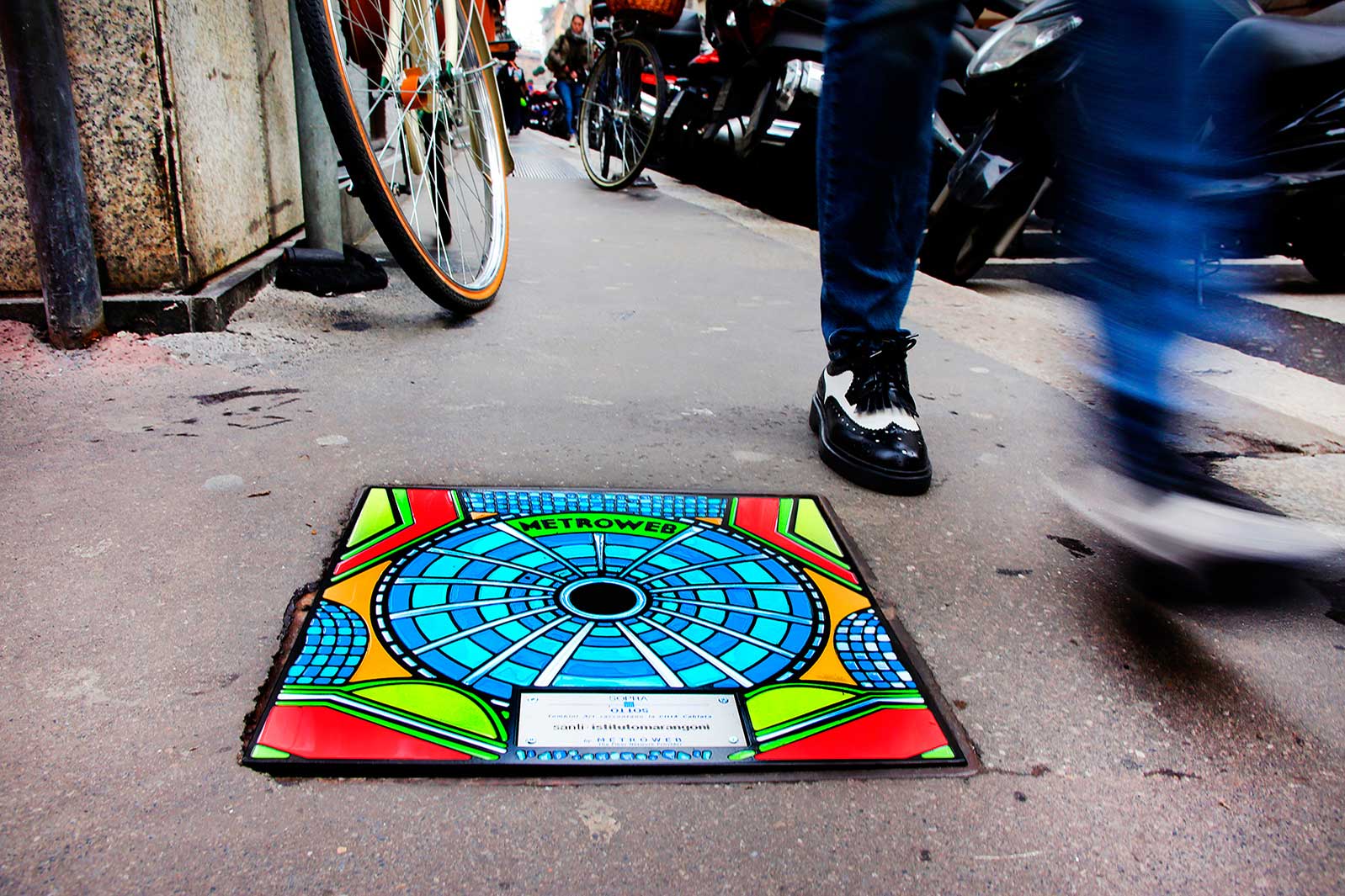 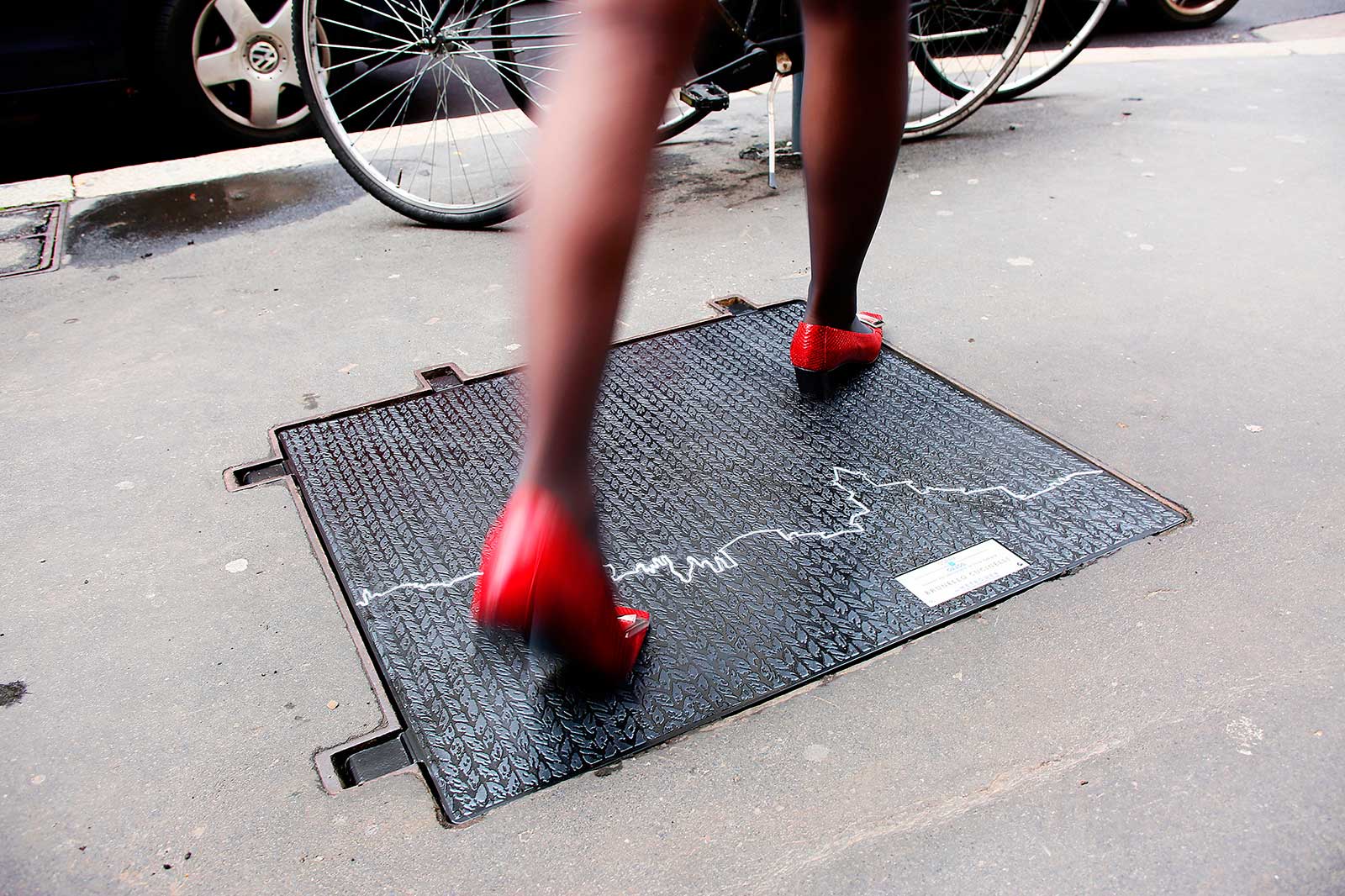 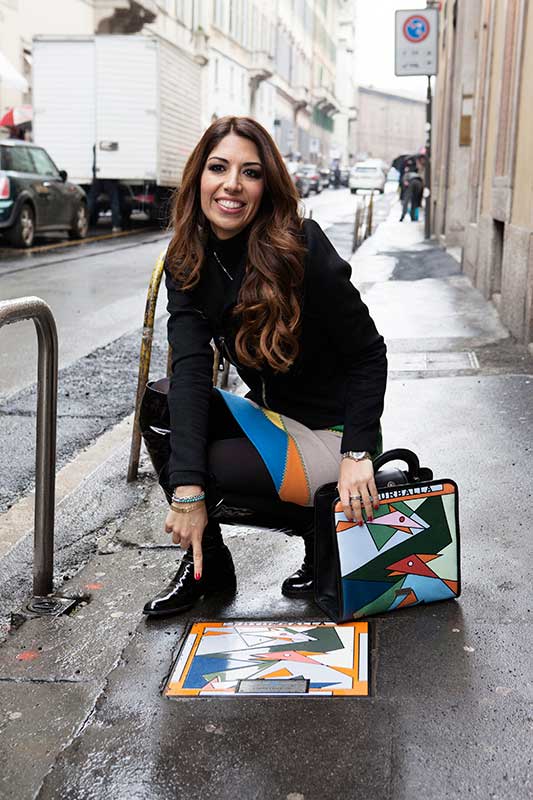 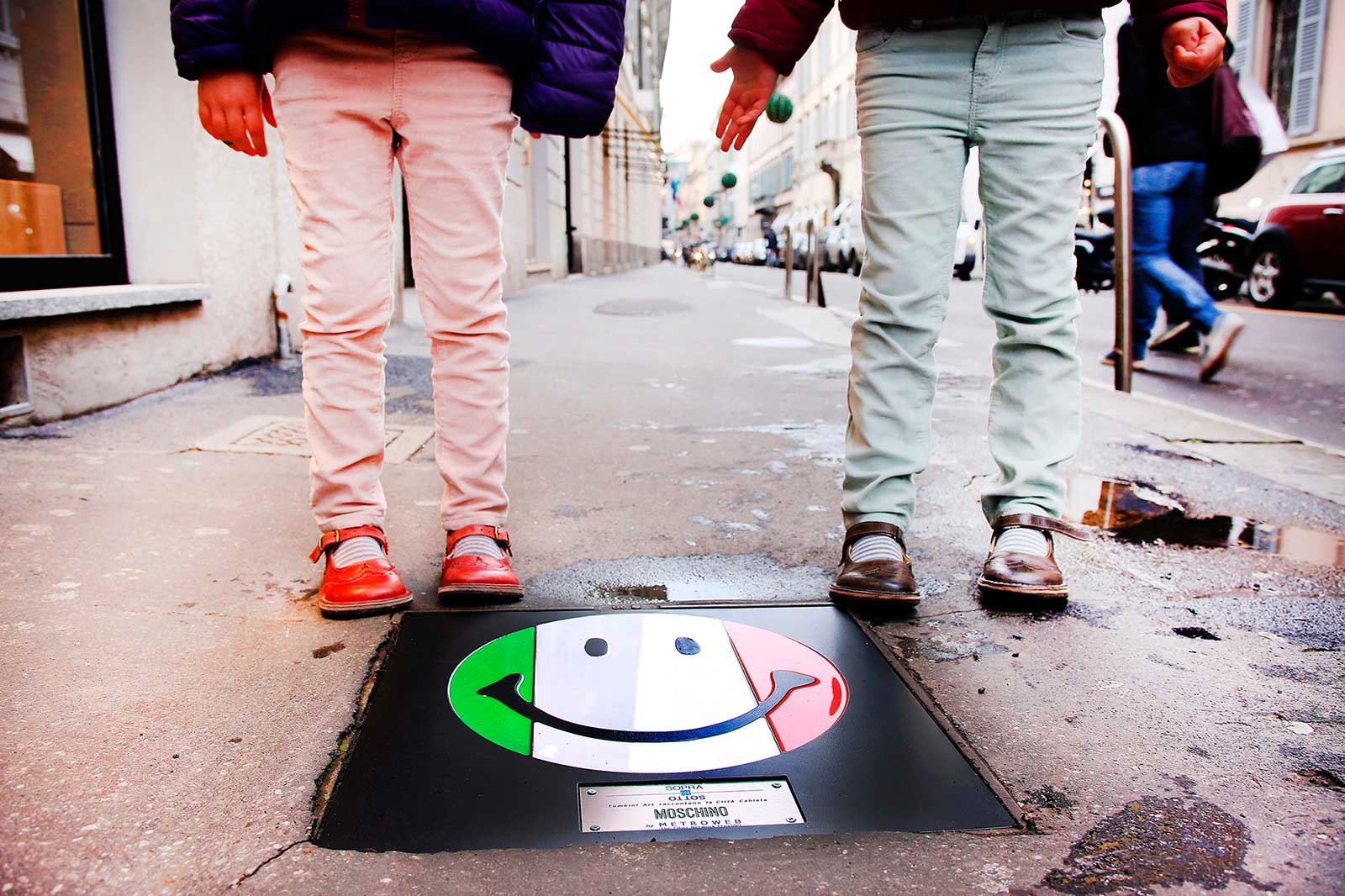 “Above the below – Tombini Art”

Here we are, one year after the fantastic open-air exhibition “Above the Below –  Manhole Art tells the story of a Cabled City”, which we told you about in our article Manholes on the Catwalk.

The charity auction will conclude the third edition of the “Above the Below” initiative organised by Metroweb and curated by Monica Nascimbeni in partnership with the National Chamber for Italian Fashion (NCIF) and the Municipality of Milan and hosted by the Via MonteNapoleone association. All the funds raised will be donated to Oxfam Italia, one of the most important NOP at international level. Oxfam Italia is engaged in development projects and the fight against poverty. More specifically, the funds will be used for the #sfidolafame campaign, which aims to improve the living and working condition of women in third world countries.

NCIF chairman Carlo Capasa, NCIF honorary chairman Mario Boselli and MonteNapoleone association chairman Guglielmo Miani will participate to this exclusive event (by invitation only) together with some of those designers who helped transforming Milan’s fashion district into an open-air work of art. Host Caterina Balivo will present the event while at the closing party DJ Saturnino will make the prestigious guests of Metroweb, NCIF and Oxfam Italia dance.

It is initiatives like this that hold high the banner of Made in Italy in the world and we certainly won’t miss it. Our favourite manhole has remained the same and you, have you chosen your work of art?

“Above the below – Tombini Art”