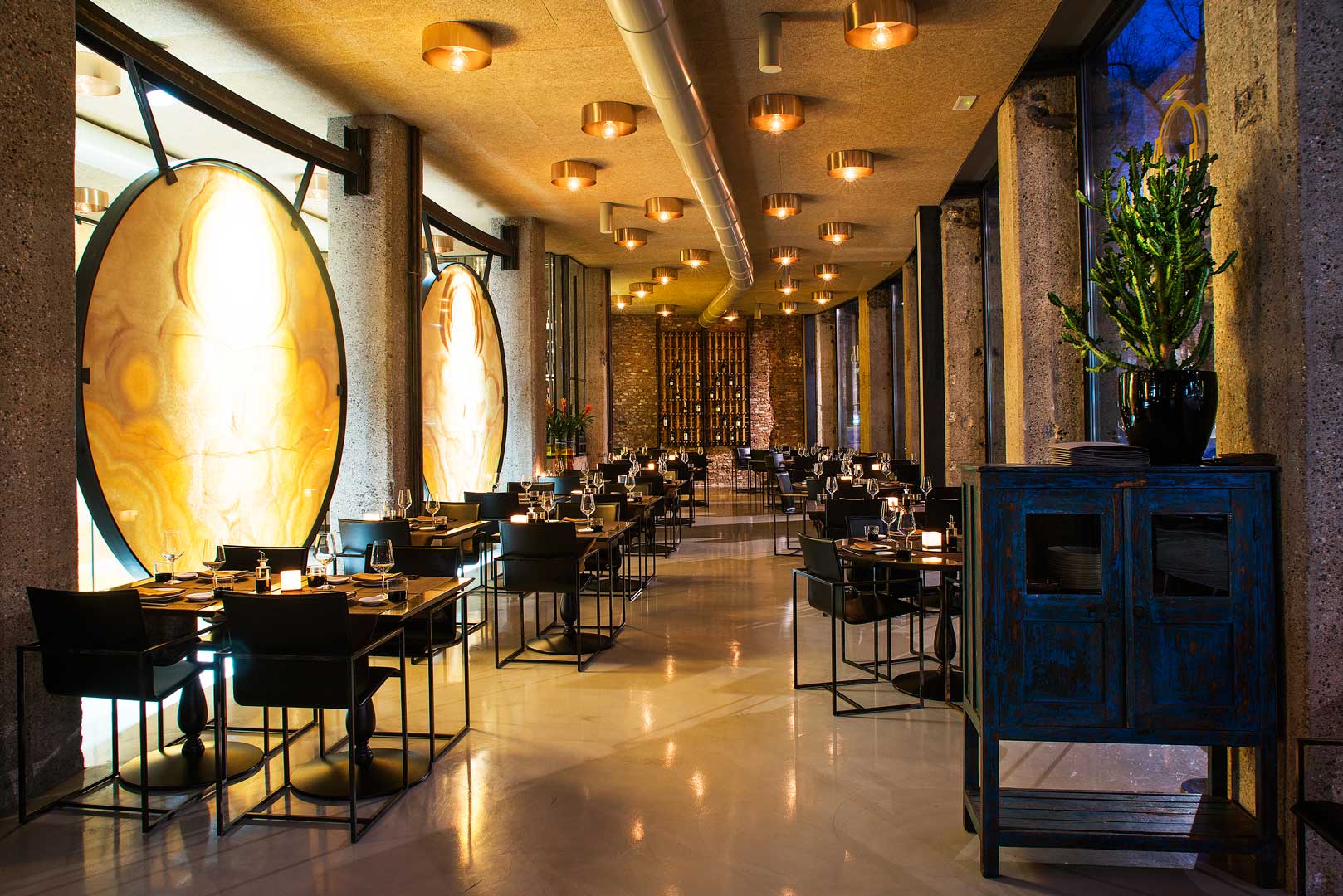 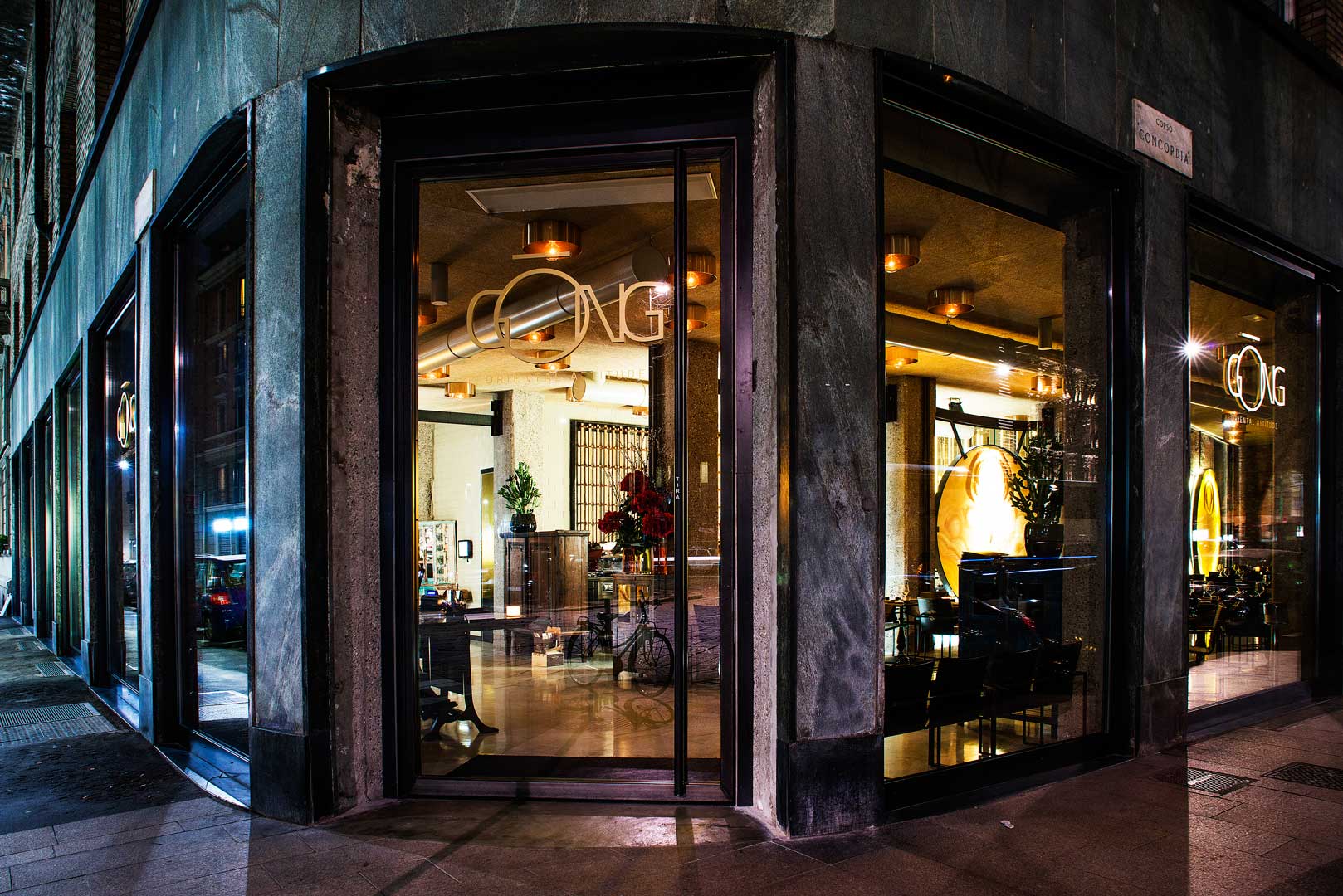 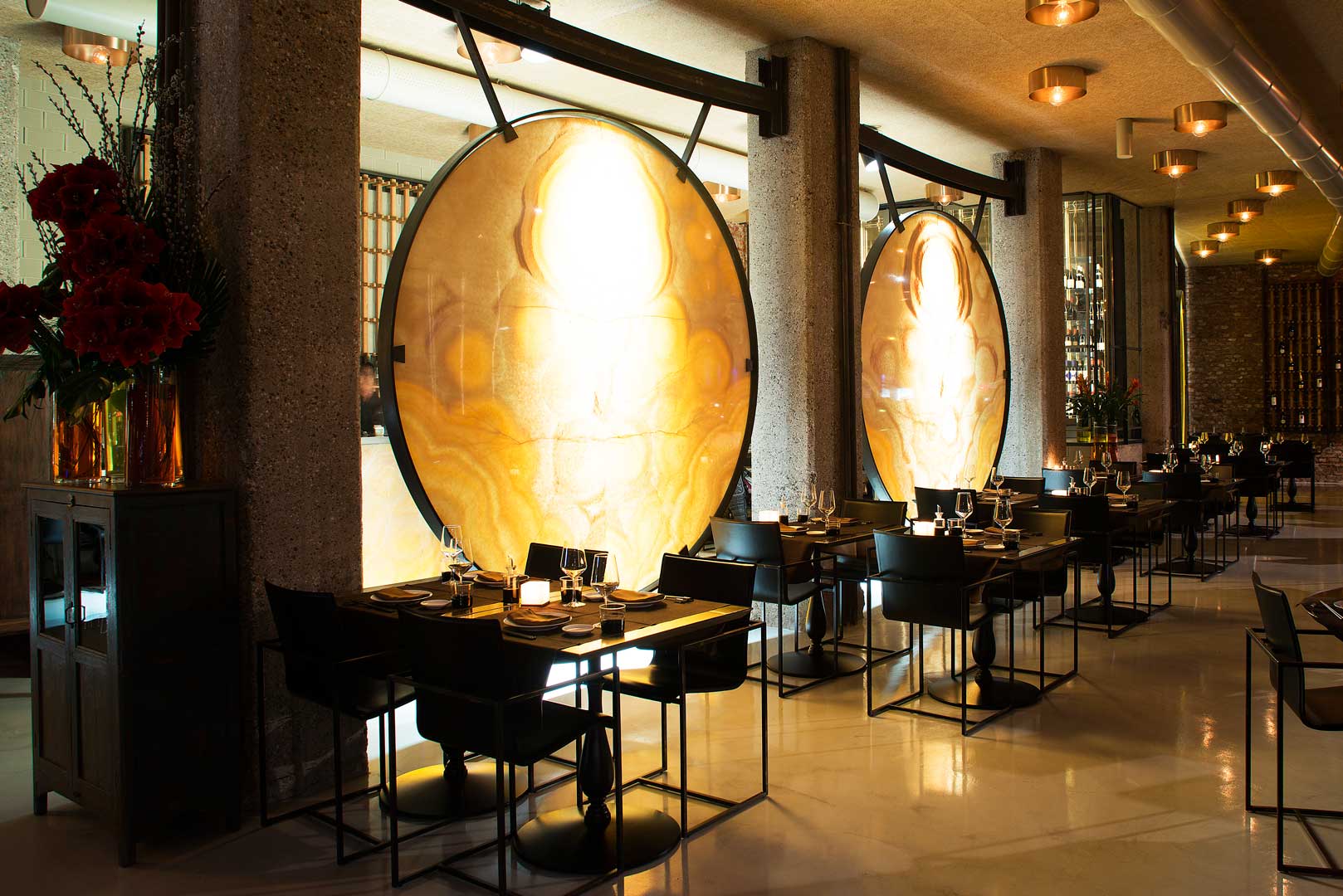 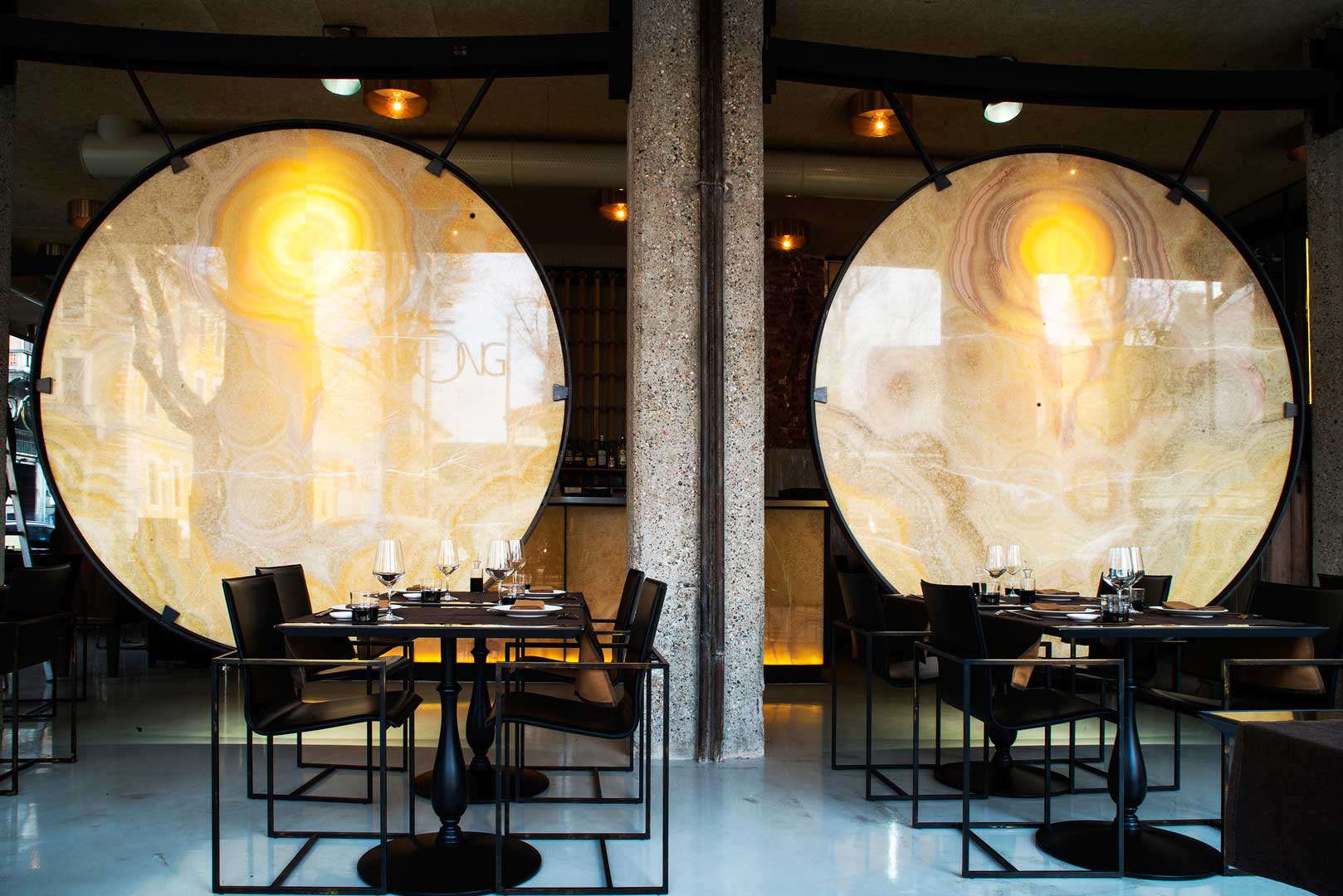 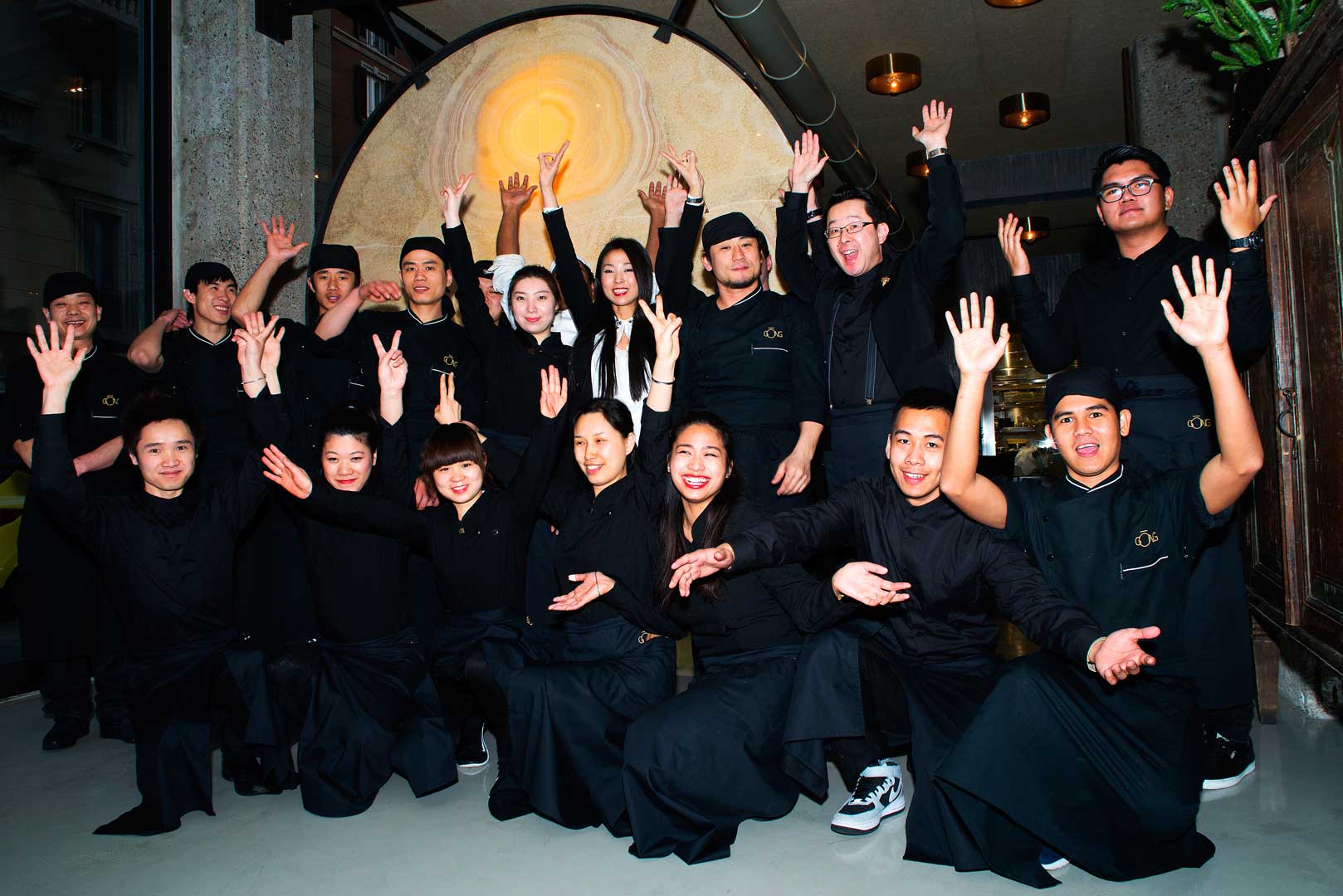 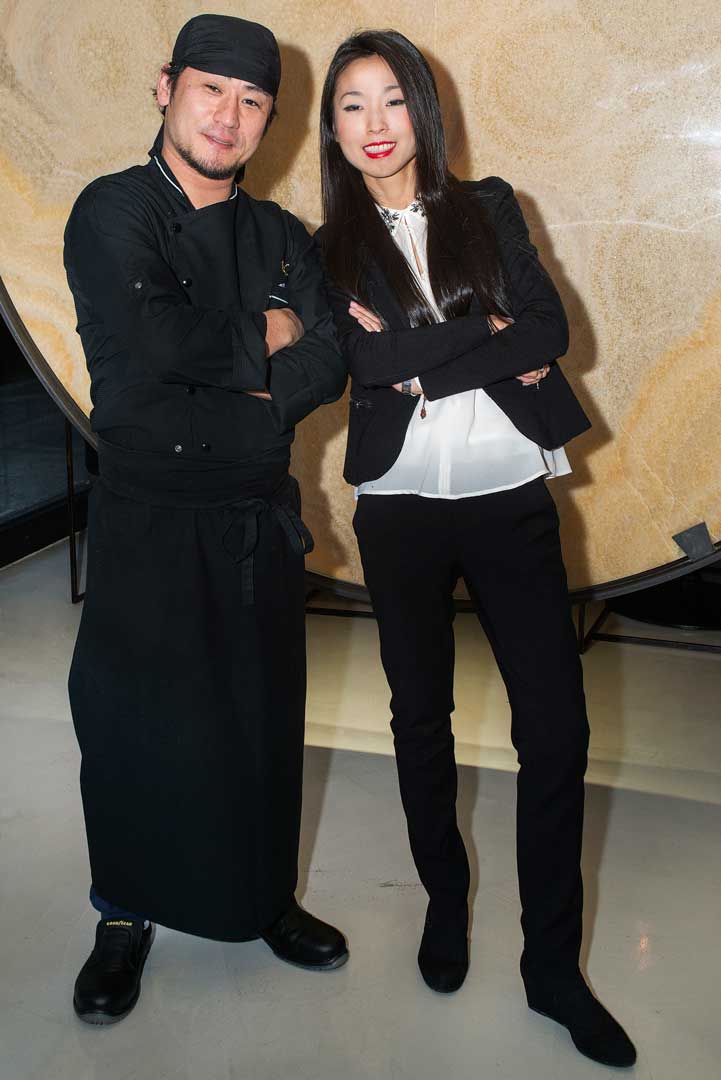 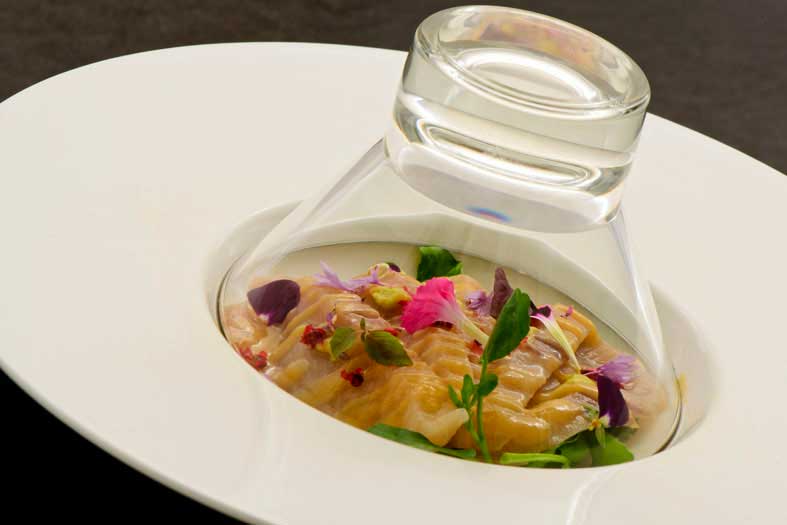 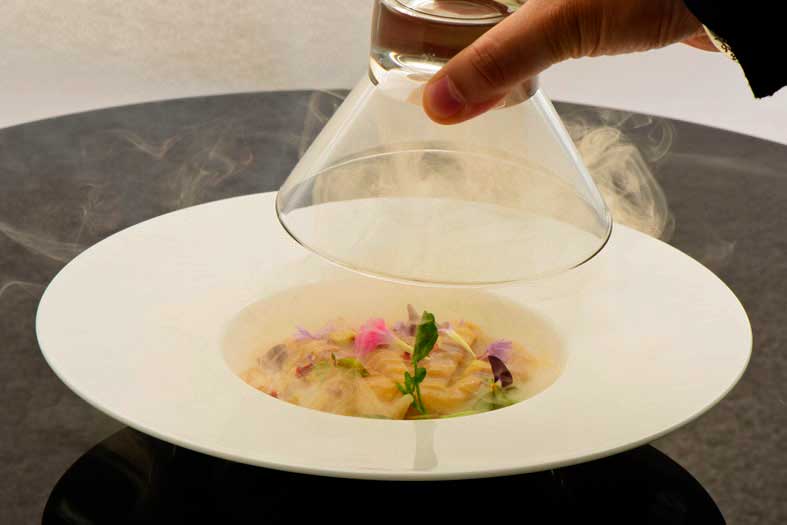 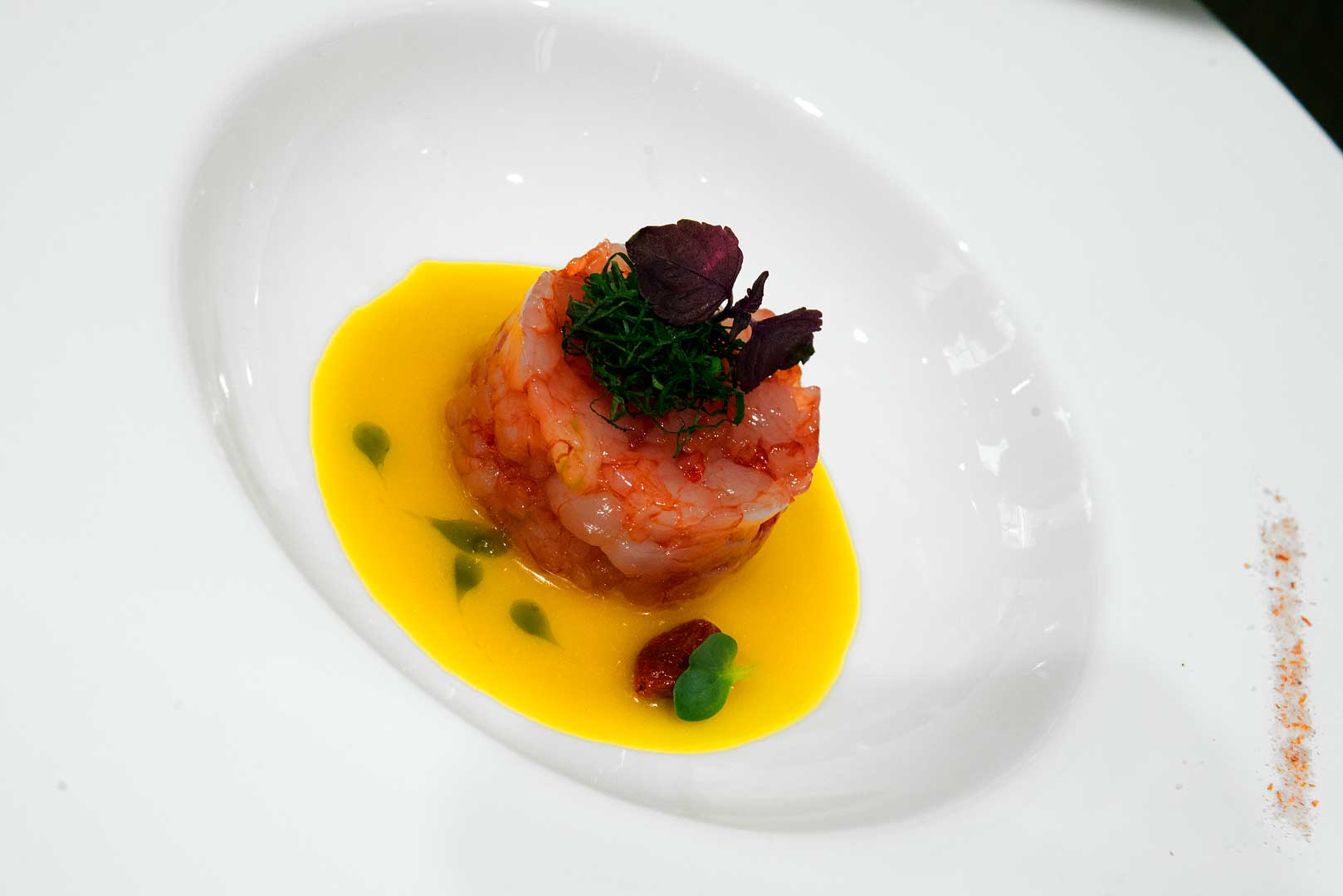 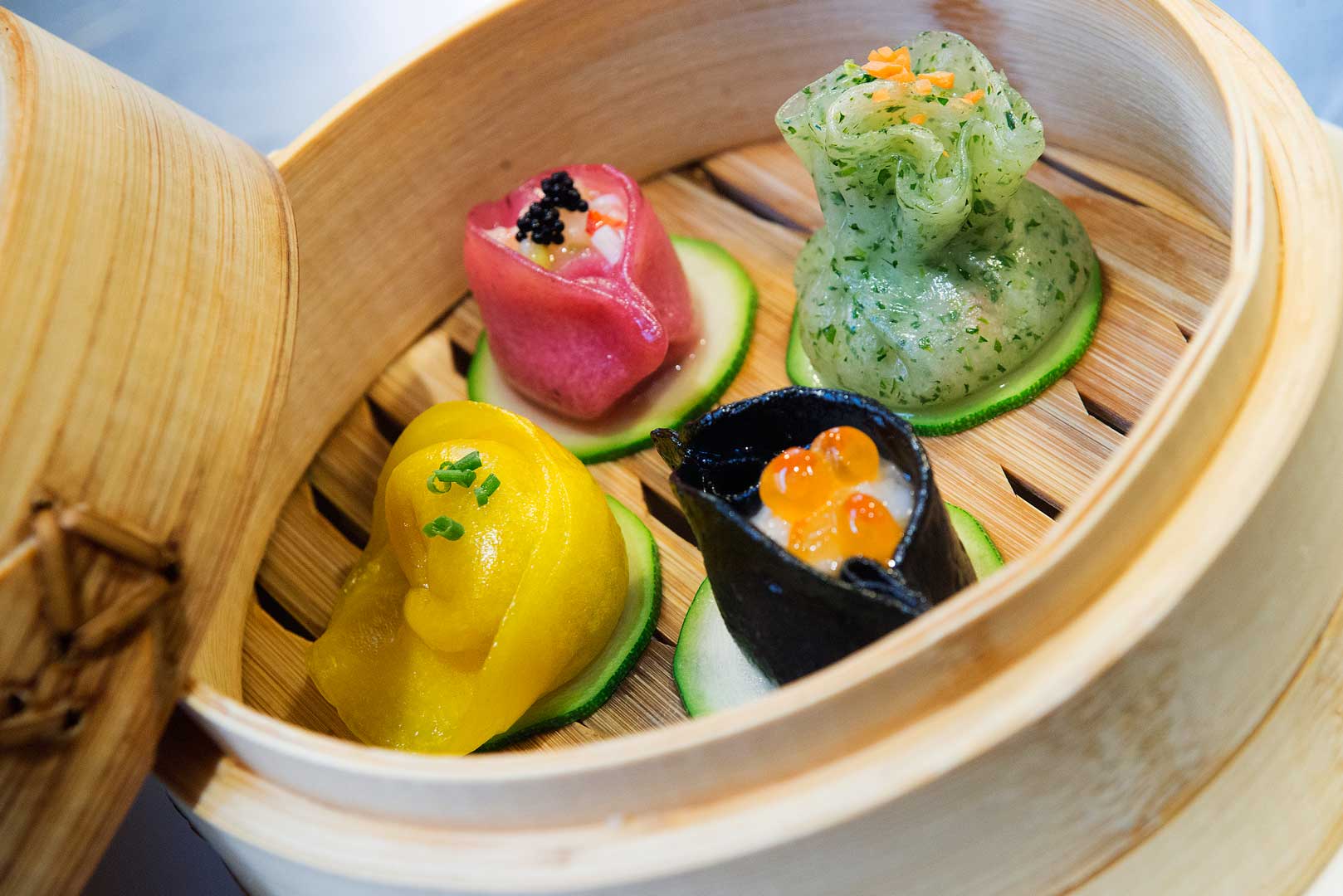 “What is the most resistant parasite? An idea. A single idea in the human mind can build a city. An idea can transform the world and rewrite all the rules. And that is why I have to steal it.” cit. Dominic Cobb. “Dom” Cobb is a professional whose job is to extract secrets from people’s minds while they are sleeping… If Gong was a movie, for me it would be Inception. The idea I would have wanted to steal is that of the Liu family, three siblings who are now unbeatable in their field: Claudio is the owner of Iyo, the Japanese restaurant that was awarded the Michelin star this year, while the third brother, Marco, is at the Ba – Asian Mood restaurant.

The latest arrival is Gong, which opened March 2015, guided by the knowledgeable Giulia Liu and is a Chinese restaurant, modern, carefully and elegantly designed by the architects Nisi Magnoni and Davide Galletta. Really large halls, very high windows that overlook Corso Concordia, precisely at number 8, just two steps from the beautiful Villa Necchi. The basic concept is an Asian attitude, shaken up and reinterpreted by chef Keisuke Koga, thanks to the mix between his Japanese origins and the love that developed from numerous contaminations and experiences in the world of cuisine. So this Chinese cuisine is revisited in a modern and captivating way, completely unexpected.

All this happens in a location that is uncontaminated and of rare beauty. The name comes from the imposing, decorative Gongs in onyx that dominate the hall, which in ancient China were generally used to accompany ethnic orchestras but also in parties, dances, ballads and in the event of a really good harvest. In the evening, they are artfully lit, so that they shine and capture the eye of every person who nears this marvelous restaurant. The hospitality is flawless, every gesture is natural yet attentive. We begin to look through the menu, the Asian shades are mixed with Mediterranean influence. The choice is really tough… but luckily a waitress comes to the rescue, who with disarming elegance begins to tell us about the special features of each one of Gong’s specialties, we are drawn in by her knowledge and the care with which she suggests which plates to try.

We begin with their Kei oysters, a trilogy of Fine de Claire oysters served with tosazu gelatin, ponzu mousse, red onion and date tomato condiment… simply delicious! To follow, Dim Sum with a saffron vapor, squid ink, vegetables, red radish and shrimp, all sublime as well, real creations that represent the encounter between Chinese and Japanese cuisine with a passion and love for our gastronomy within. And then… the incredibly flavorful red shrimp from Mazara del Vallo with Mango and Shiso Basil sauce and the black cod delicacy. Everything is perfect, the frame around us changes and takes on the resemblance of an idea, of a voyage that you take through the flavors of different continents, of different metropolis, of countless experiences. A special mention goes to the sommelier Mototsugu Hayashi, who has expertly recreated a wine selection for Gong from both well-known and up and coming wine cellars.

We leave the restaurant and from a distance we are still blinded by the light reflected from those Gongs, so imposing, a perfect setting, an idea worth stealing, a dream not to be revealed… Gong. 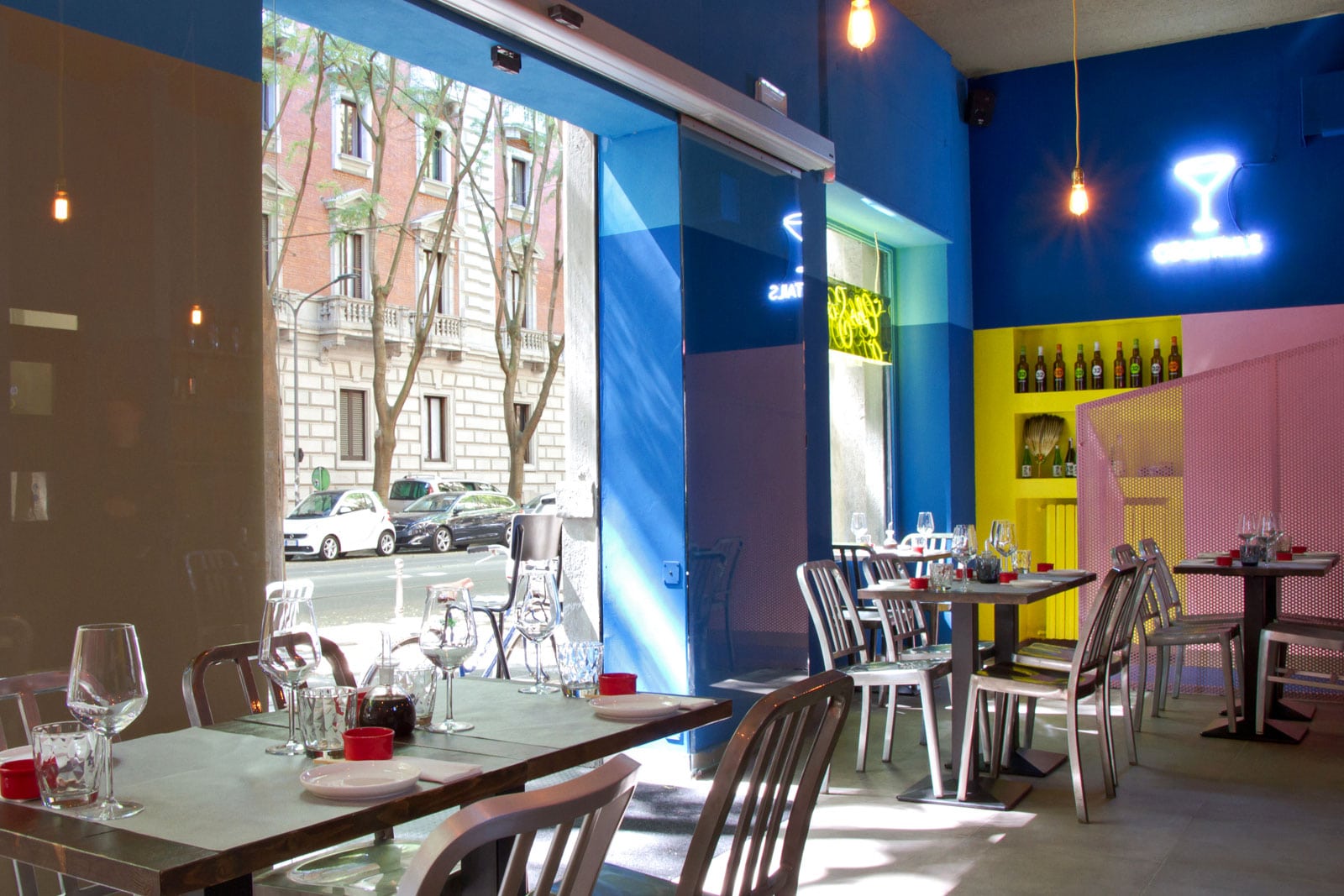 “Dim Sum & Cocktails” reads the headline of Ghe Sem’s official Facebook page. A new restaurant-bar with a charming outdoor seating area just a few steps from Cadorna street, in the quiet, historic residential Vincenzo Monti street (via Vincenzo Monti, 26). Soon to be opened in Borsieri street, in the renowned and innovative Isola neighbourhood. [...] 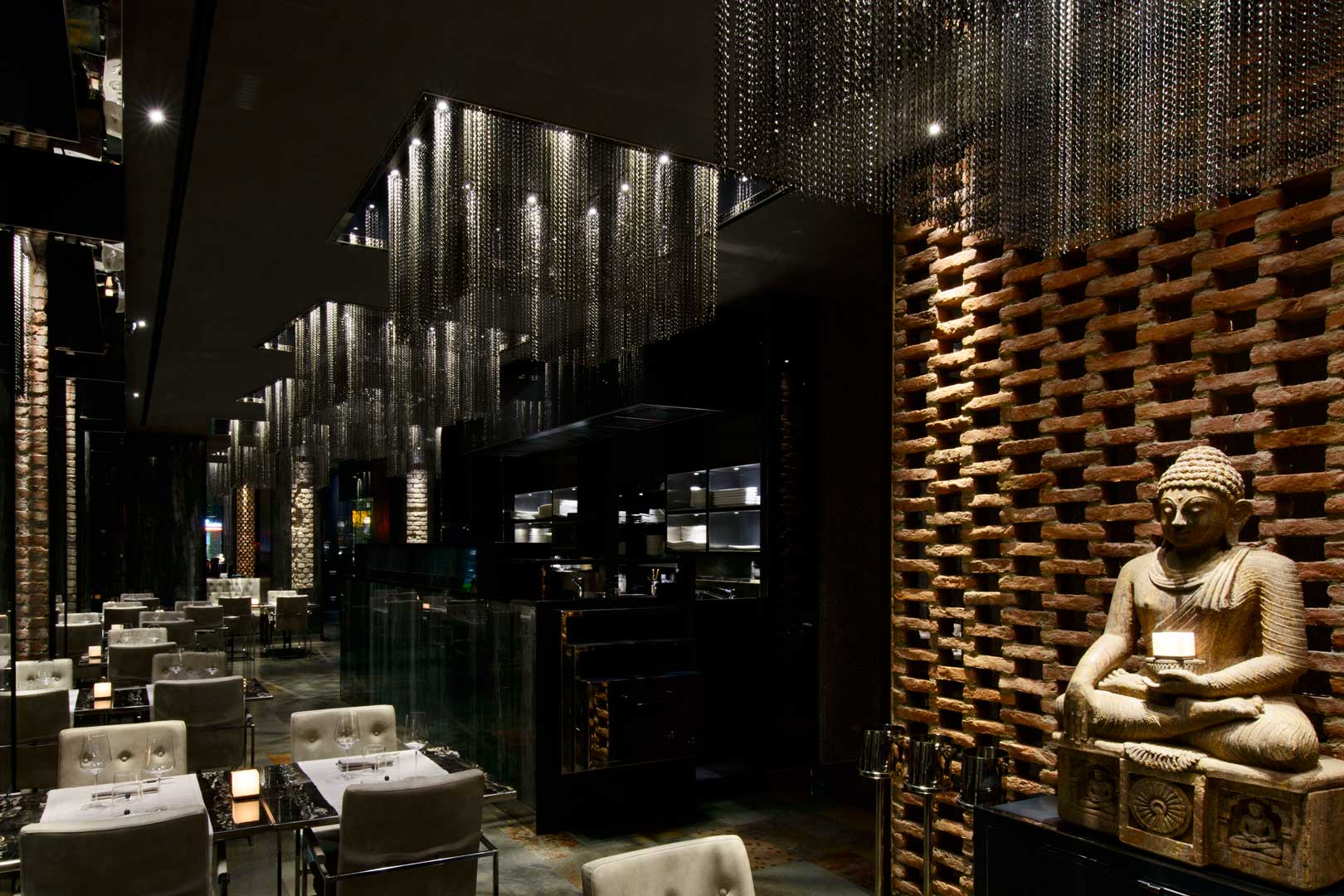 For Iyo was love at first sight. Or rather, at first taste. And it was not a momentary infatuation but the beginning of a solid relationship, with fixed appointments at least once a month. Because from Iyo you don’t simply have dinner, you live a unique, almost mystical culinary experience. And you’ll just need to try it once [...]