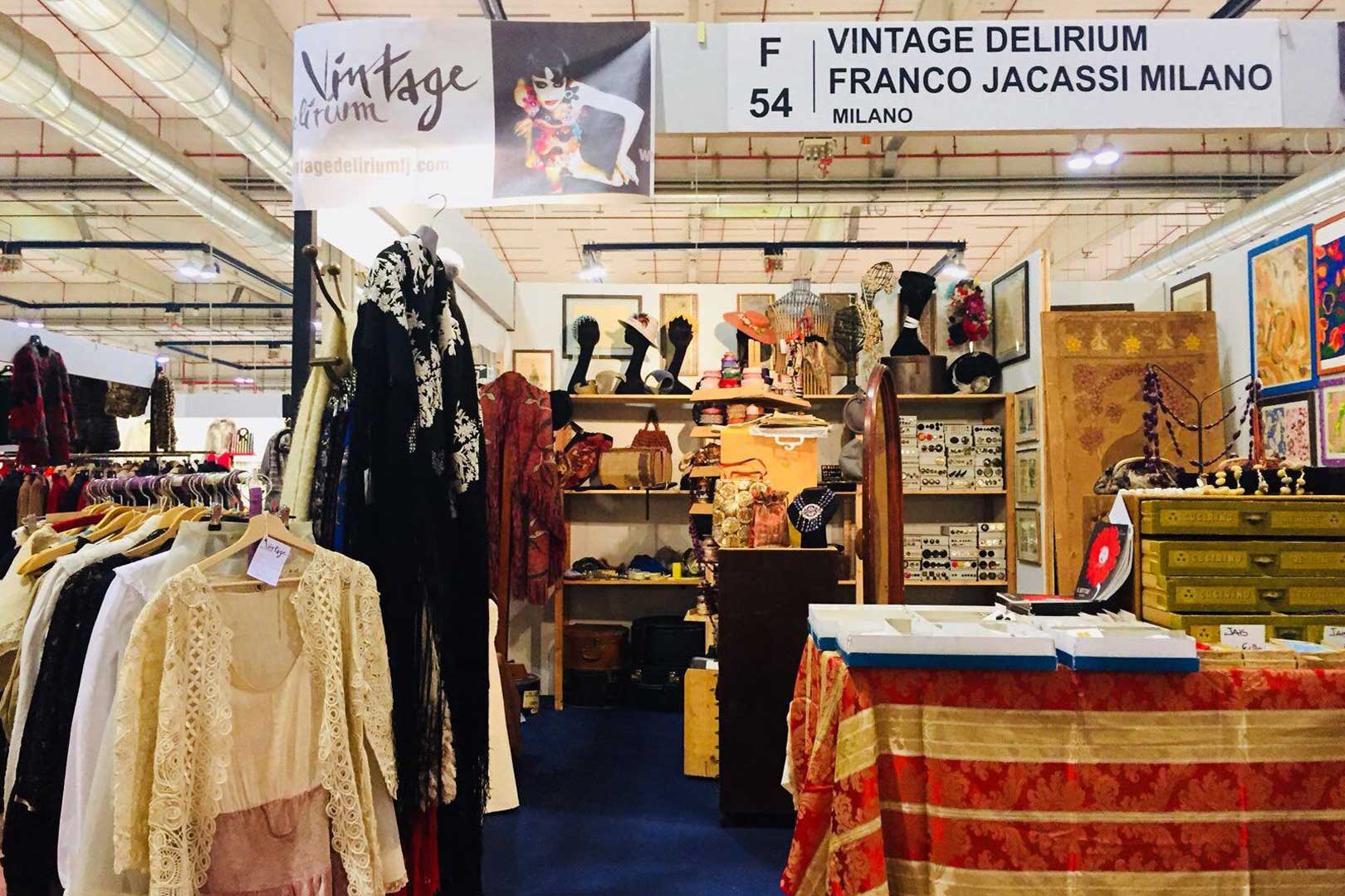 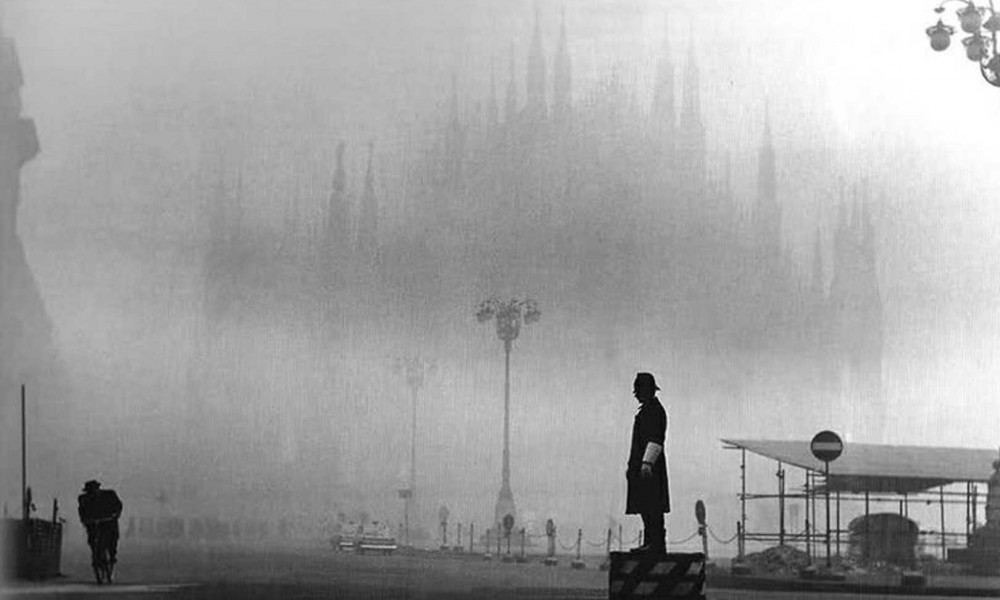 Modern, practical, always in a hurry: Milan is a city with no time for fancy stories and legends. Even so, if we happened to hear those intriguing, captivating first words: “…and did you know that in this place…?’” we would realise that mysterious stories are enshrined in the thick mist of Milan’s ancient Celtic origins, stories where the line between fact and fantasy is impossible to divine. These stories in fact… seem to be real.

THE LADY OF THE CATHEDRAL 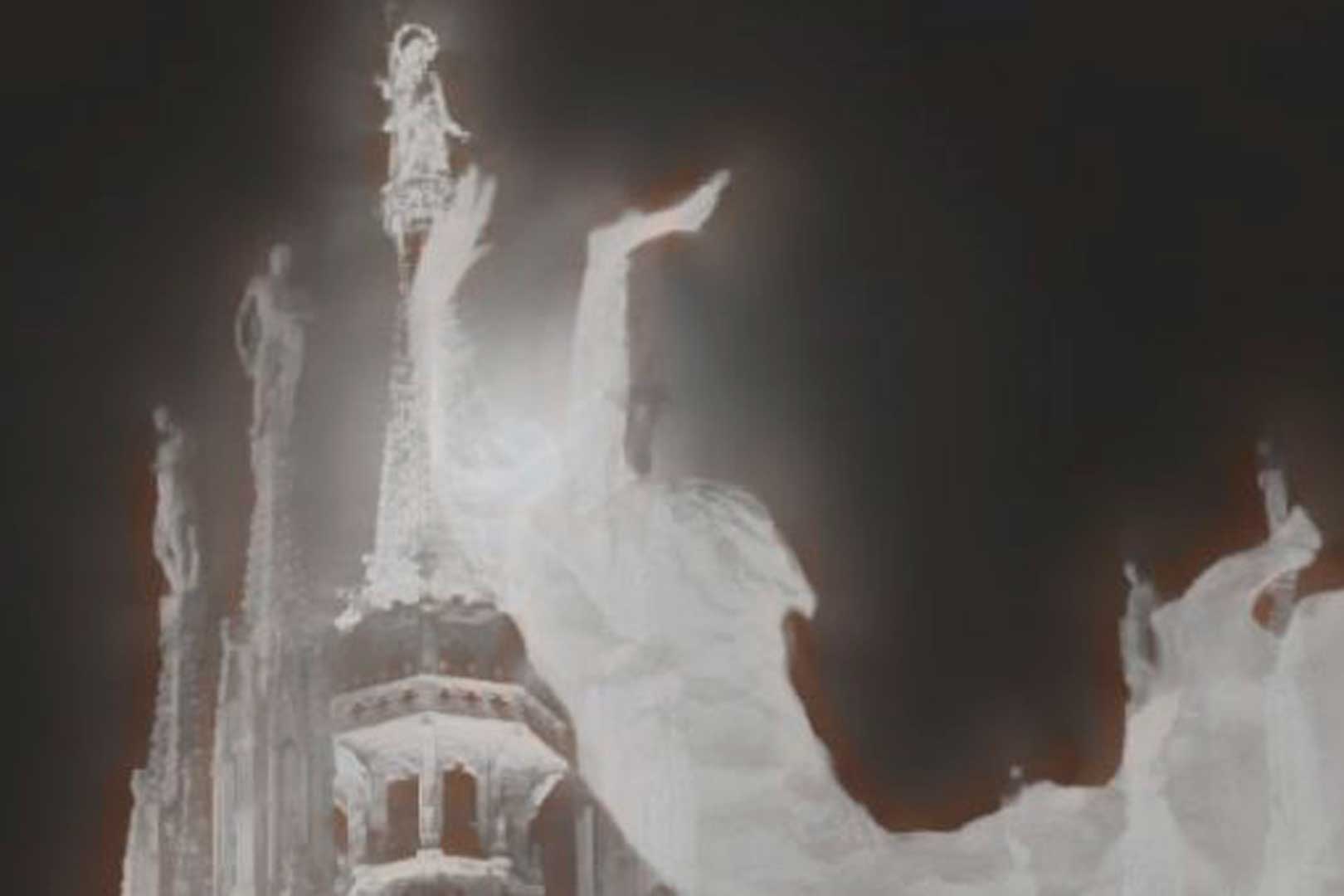 How many times have we seen newly-wed couples trying to capture their fateful day for eternity with a photo shoot in the square outside the Duomo? When it happens a mysterious figure in black appears behind them: it seems that this is Carlina’s ghost, a woman from Schignano, near Como, who in a cold October day she married her betrothed, Renzino. Once in the Cathedral’s square, the pair decided to climb up to the roof terraces to admire the statue of the Virgin Mary, but the eerie marble statues of demons, monsters and dragons adorning the spires terrified the young woman, who let go of her spouse’s hand and ran like mad among the gargoyles and the grotesques figures. She soon lost her bearings, panicked and took the wrong turn-off the edge! Renzino saw her fall and vanish into the mist. They looked for Carlina’s body for several days, but it was never found. 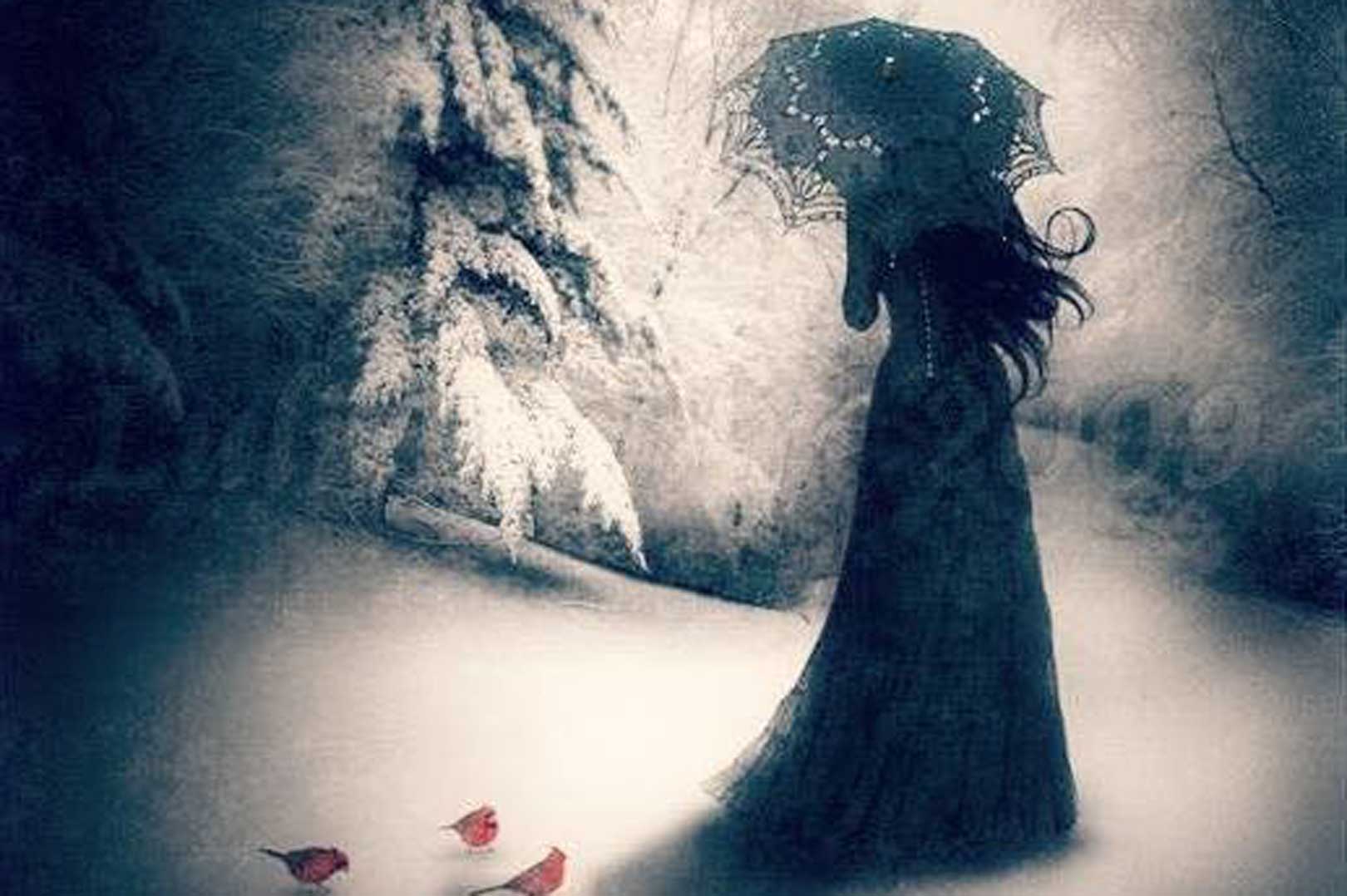 Walking through Parco Sempione in a cold winter evening, if you are lucky (or maybe unlucky?) you could have the chance to meet a faint figure: it looks like a woman whose magnetism is such that you can’t take your eyes away from her; despite her clothes and her veil you realise she is beautiful, with a strong scent of violets. You are in front of The veiled dame. Those ones who met The dame, from 19th Century to nowadays, felt madly in love with her and desperately searched for her. Spell-bound, she leads you along the streets until you reach the gate of a grand mansion. She leads you inside, where you can hear the notes of hypnotic harmonies floating in the air. You are now in the bedroom and she has started undressing. She comes closer, you slowly lift her veil and… the horror throws your mind into utter confusion: you’ll never forget the skull and its empty sockets staring at you a few inches away.

THE GIRL ON THE BICYCLE 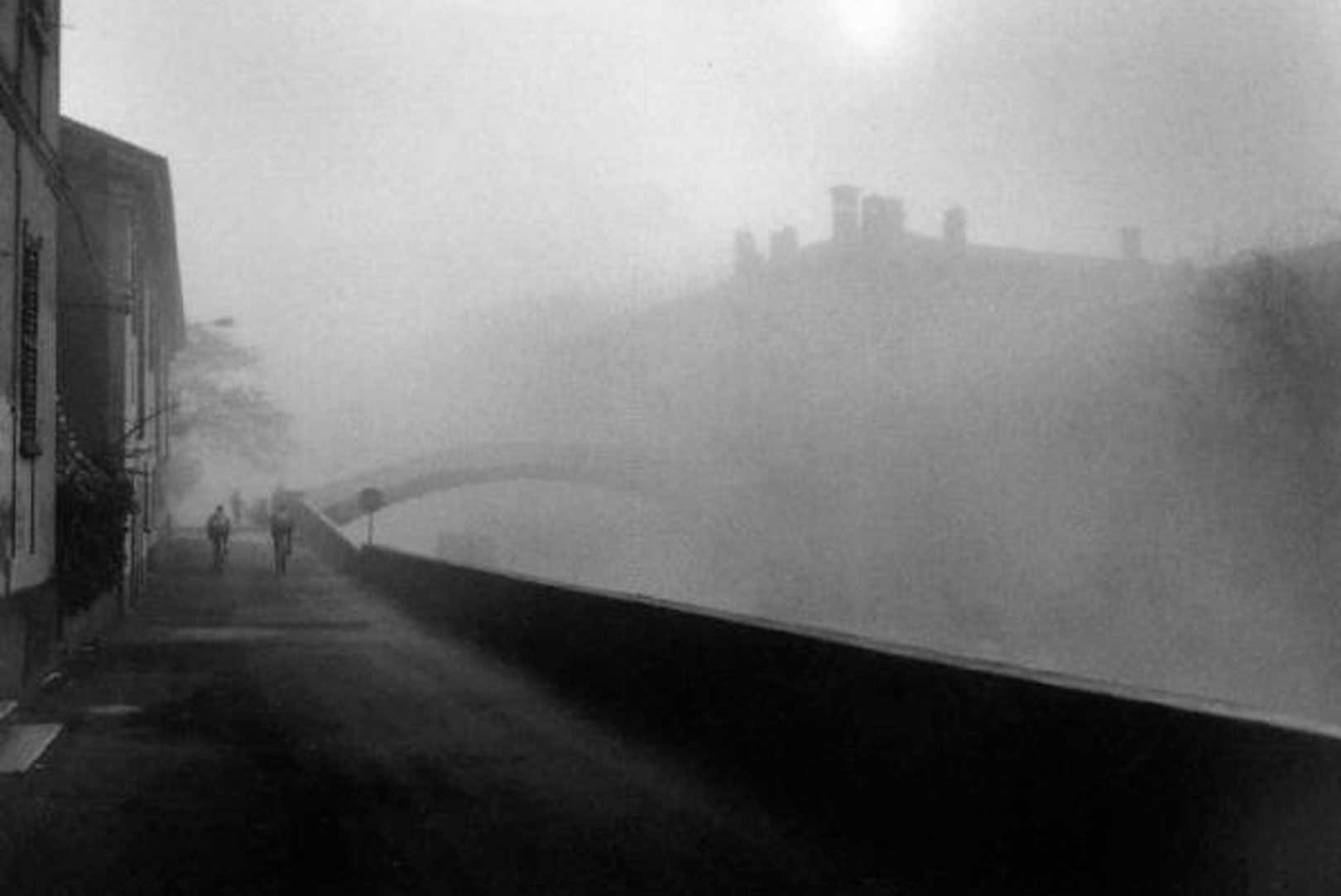 If you are taking a walk by the Navigli you might see a woman zooming past on her bike: her name is Dosolina, a beautiful girl called by the Milanese “Angel dei Poupon” (the babies’ angel). Dosolina was a beautiful girl, coming from a village near Sondrio. One day she fell in love with a factory worker from out-of-town, they decided to get married and move to Milan, but soon after that he revealed his horrible nature and forced Dosolina to sell her body to support her family. One day she rebelled and ran from home, finding shelter with a friend by the Navigli. War came, and the young woman took to smuggling basic commodities from Switzerland to Milan. Furthermore, one evening two musicians from the Teatro alla Scala entrusted her with their baby, so that he could escape the Holocaust. And so, the girl on the bicycle began carrying babies in her pannier, until one night she was hit by a gunshot under the full moon. According to hearsay you can often catch a glimpse of a bright golden sparkle along Naviglio Grande, Pavese or in the vicolo dei Lavandai. It is the Dosolina, looking for toddlers to take away in her moonlight-lined pannier.

THE PEOPLE OF THE CASTELLO SFORZESCO 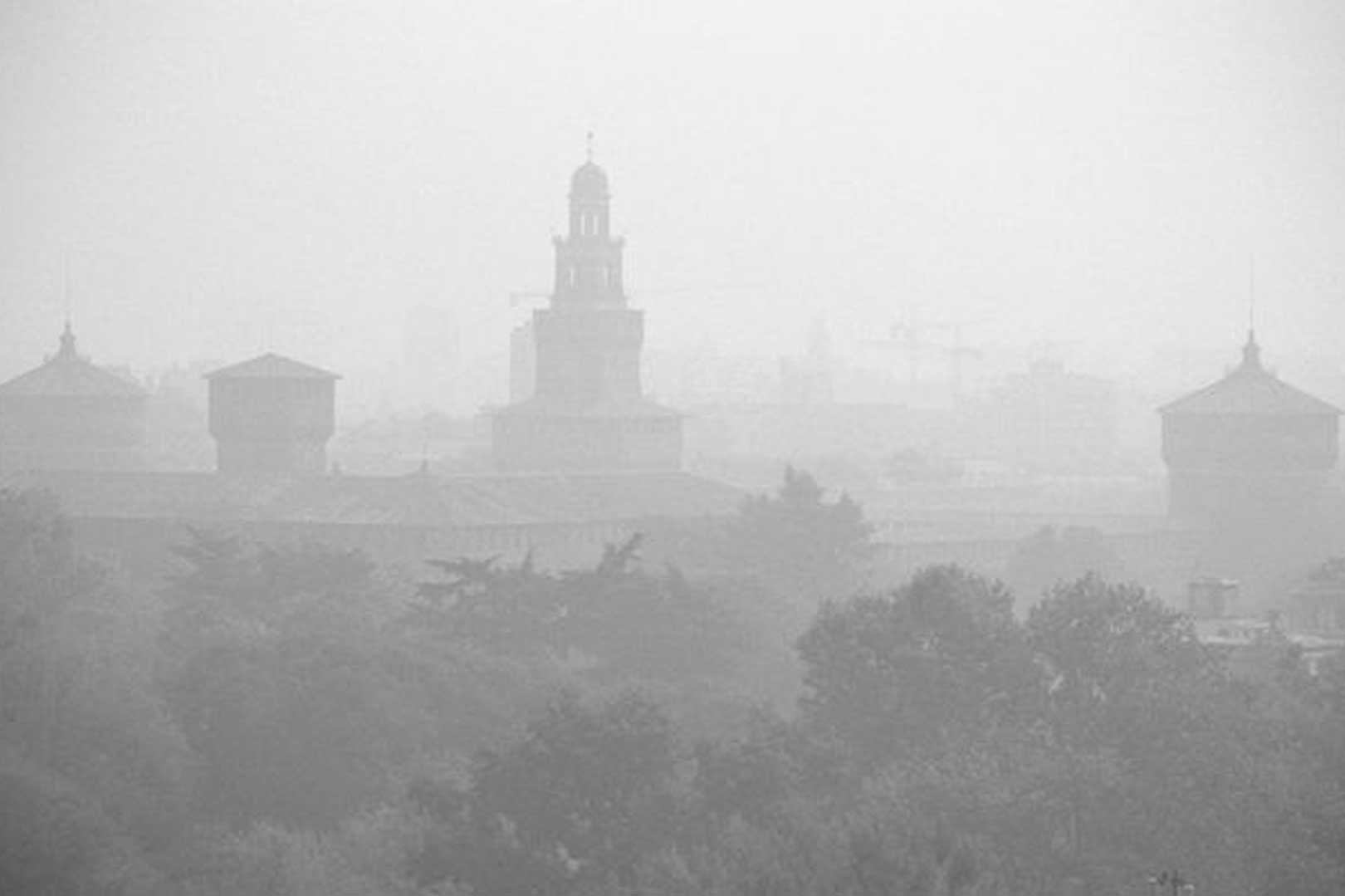 If you are looking for the place with the highest concentration of paranormal activities, you ought to go to the city’s medieval heart, the Castello Sforzesco. This was the location of the darkest conspiracies, brutal murders and fiendish treachery. Looking at the castle’s facade you could spot Bianca Scappardone Visconti: this woman apparently had a string of lovers, and was beheaded for inciting one of her suitors to kill another one. As a love token, the murderer gave Bianca a jar filled with the victim’s blood. You could therefore see her drinking the blood from the jar. Near the bridge leading out towards Parco Sempione we might also find Ludovico il Moro running away with his hands full of gemstones. Near the Fontana dei Leoni there is Bianca Sforza, making a bridal wreath out of thorns, memento of her death during her wedding night with Galeazzo Sanverino. At the Portico dell’Elefante you can find Isabella d’Aragona frantically searching for the poison vials that will help her wipe out the Sforza dynasts, while looking out of the window is possible to see Beatrice d’Este, who bled to death after stillbirth.

THE ARCHITECT OF THE GALLERIA VITTORIO EMANUELE 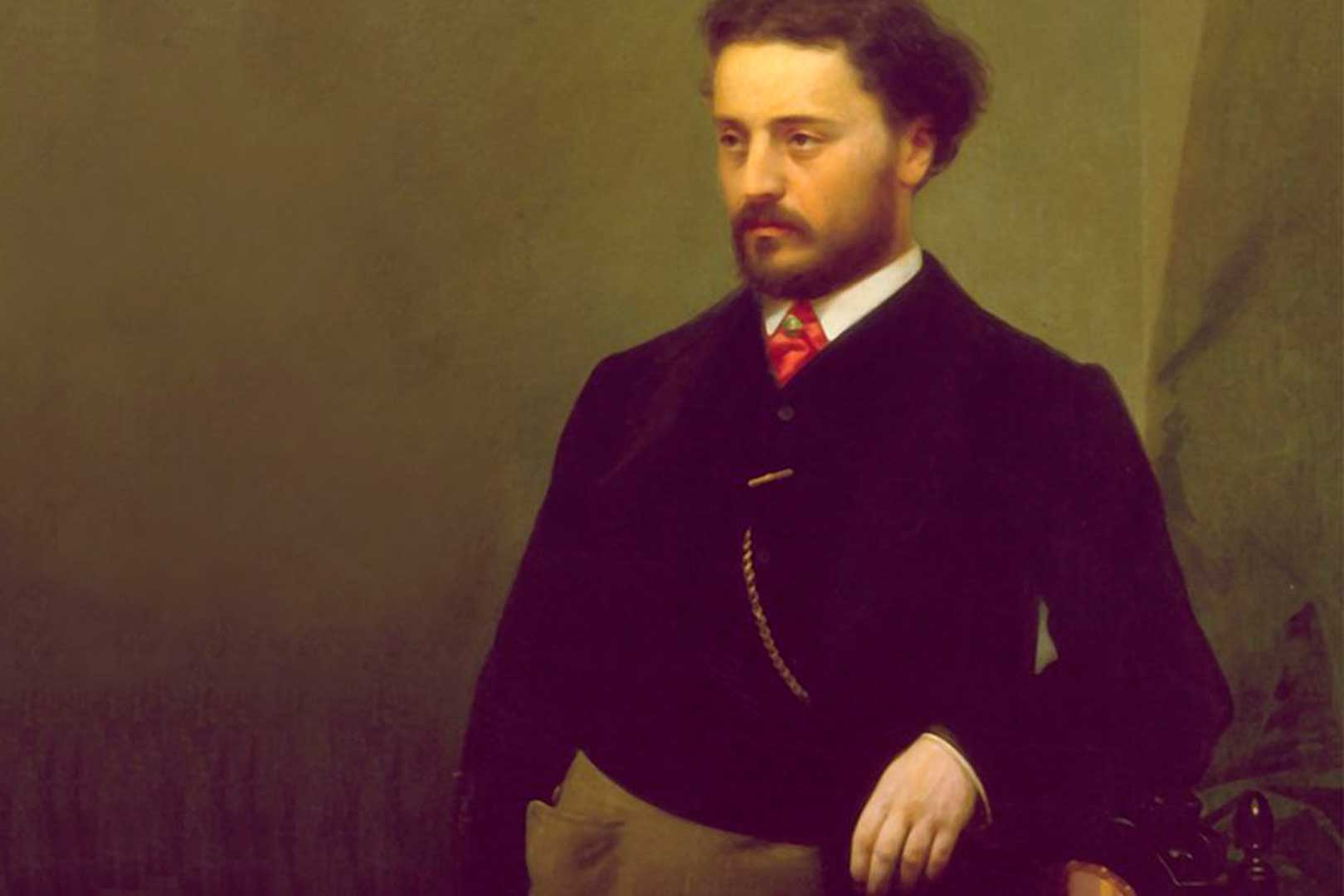 The Galleria is one of the busiest places in the city. There are crowds of tourists who admire the recently restored, superstitious mosaics that line up for a ride on the low parts of the bull in search of luck and professionals who cross it in a hurry, from the Duomo to the Scala and the other way around. But in the evening everything calms down, the shutters of the boutiques are lowered, the passersby are rare and the lights create an almost dazzling refraction. Here, if you look carefully you may meet with Giuseppe Mengoni, architect and designer of the Galleria. Mengoni, using glass and metal, the most used materials at the time, designed in Italy an avant-garde space called the “living room of Milan”, home of the urban life of the city with its most chic cafés and restaurants. Unfortunately, however, Mengoni could not see his greatest work completed: he died the day before the inauguration, falling from a scaffolding. Since that day, he has no longer abandoned his most beautiful project.

THE CURSE OF THE ANCIENT PALACE 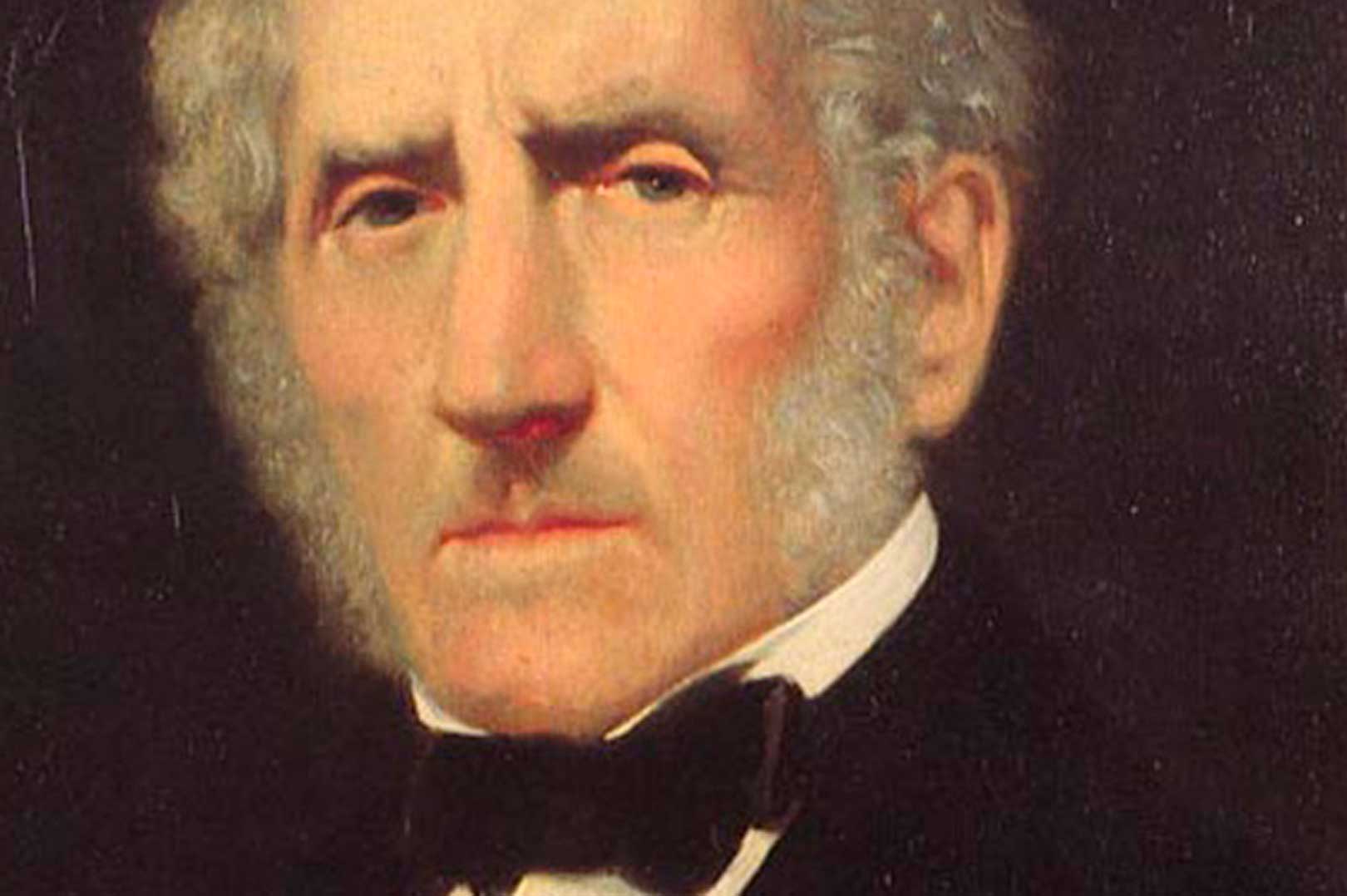 The fame of Palazzo Imbonati as a place haunted by ghosts was well known as early as the nineteenth century: Thomas de Quincey wanted to spend the night here to get the inspiration to write the novel “Suspiria de Profundis”, in which he talked about the demons that had tormented him. The story of Palazzo Imbonati tells of an ancient curse, launched in anger by the young daughter of the Imbonati to her relatives and her house before leaving the palace: the girl did that because was forced to become a nun because of family interests. From that night the nights in that building became a nightmare: sinister noises, chains crawling, luminescent and fluctuating figures that crossed the halls. Until a terrible fire destroyed the palace. Years later a descendant of the family had the palace restored to house the Accademia dei Trasformati, a philosophical artistic association … But the curse came back, ruthless, with ghosts, noises and luminescence, still visible today.

LADY WITH AN ERMINE 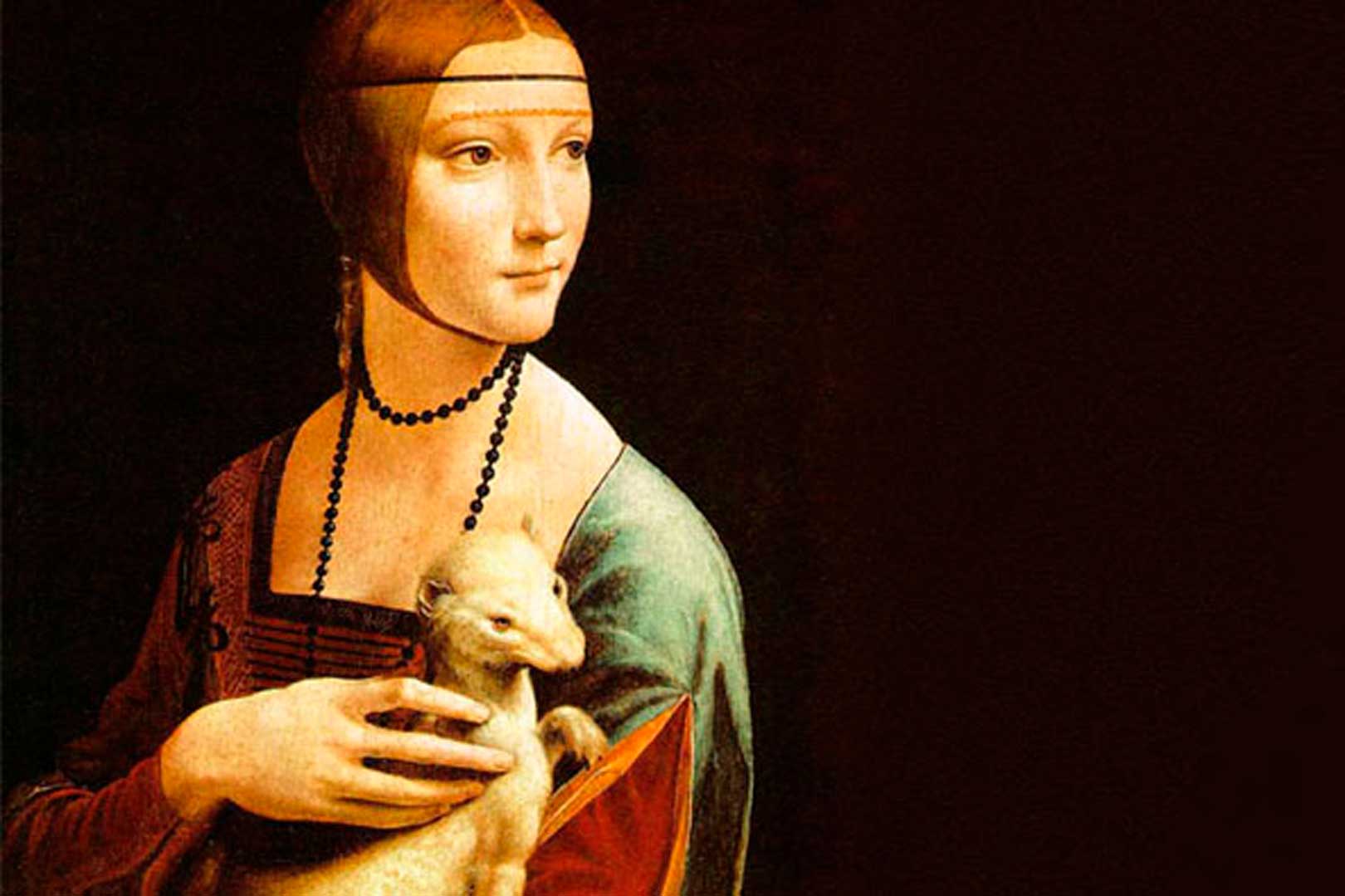 A stone’s throw from the Duomo, in the central Via Broletto, we find Palazzo Carmagnola. This building was given by the Duke of Milan Ludovico il Moro to his favorite lover, the beautiful Cecilia Gallerani. Does not this name mean anything to you? Let’s try like this: the Lady with the Ermine. Yes, she is the protagonist of the famous painting by Leonardo who, together with Bramante, took care of the embellishment of the building itself. During the permanence of Cecilia, Palazzo Carmagnola became a cultural salon, home to numerous literary meetings with artists and writers. However, Gallerani never stopped waiting patiently for her beloved: it is said that in the evening, looking carefully upwards towards the windows of the Palace, one can see the ghost of the woman looking at the windowsill, dressed only in a nightgown, in an endless wait for the man he had loved so much. 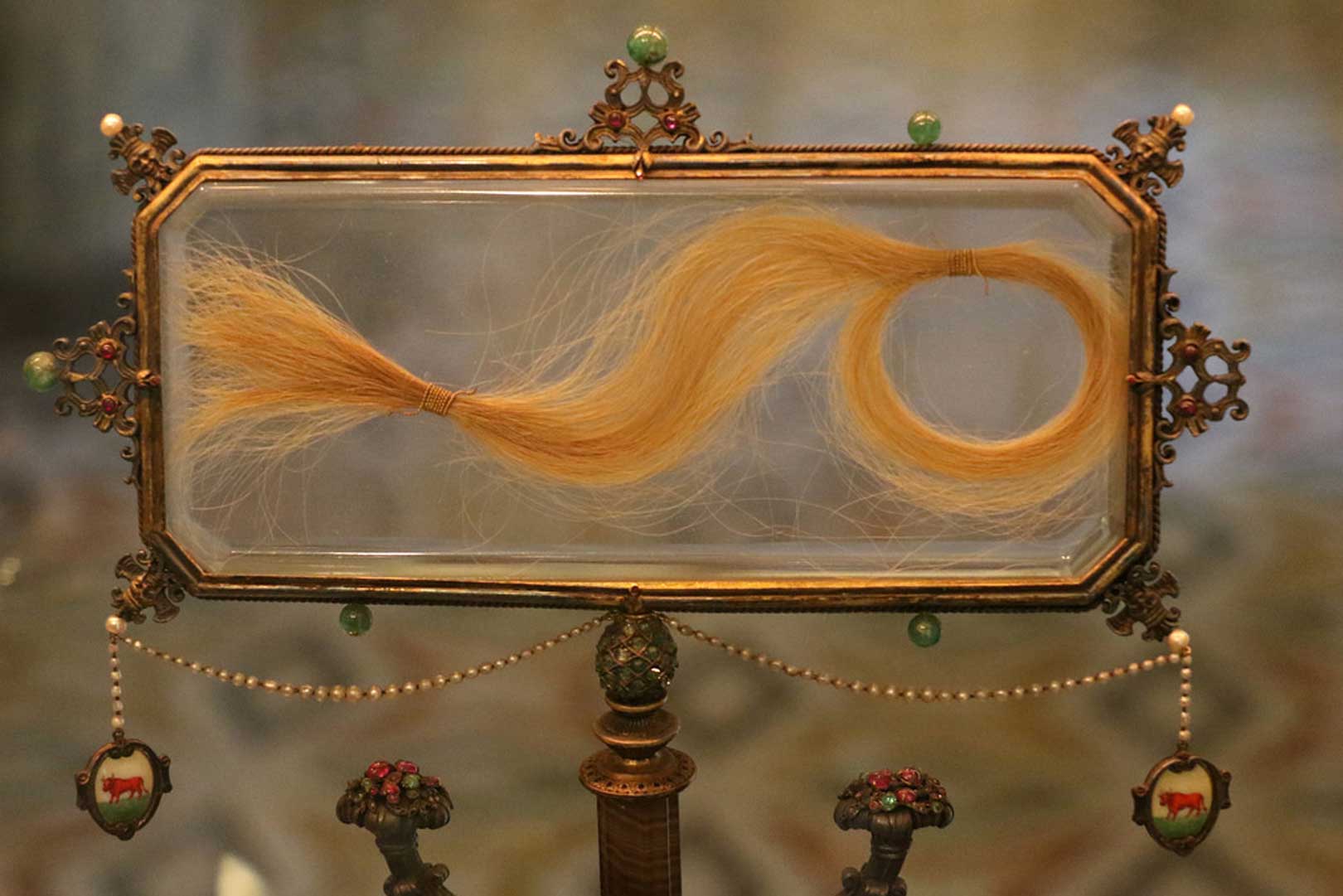 If there is a family that needs no introduction, it is that of the Borgias, protagonist of shady and disturbing events that have shocked Italy during the Renaissance. Lucrezia Borgia, daughter of Pope Alexander VI, after the two previous marriages was given to Alfonso d’Este, lord of Ferrara. In this city, the woman met the poet Pietro Bembo: with him she tightened an intense and passionate correspondence of letters, among whose letters was found then a lock of Lucrezia’s blonde hair, probably a token of love for the writer. Many were fascinated by the beauty of the lock, including Lord Byron and Gustave Flaubert, and after the interest triggered by Gabriele d’Annunzio, the lock was placed in a glass case inside the Pinacoteca Ambrosiana. Here you can find the spirit of Lucrezia Borgia, in search of the case: during the night of the dead the noble woman extracts the lock that belonged to her, clean and brush it. For this reason it is still so soft and shiny.

THE WOMEN OF CORSO MONFORTE 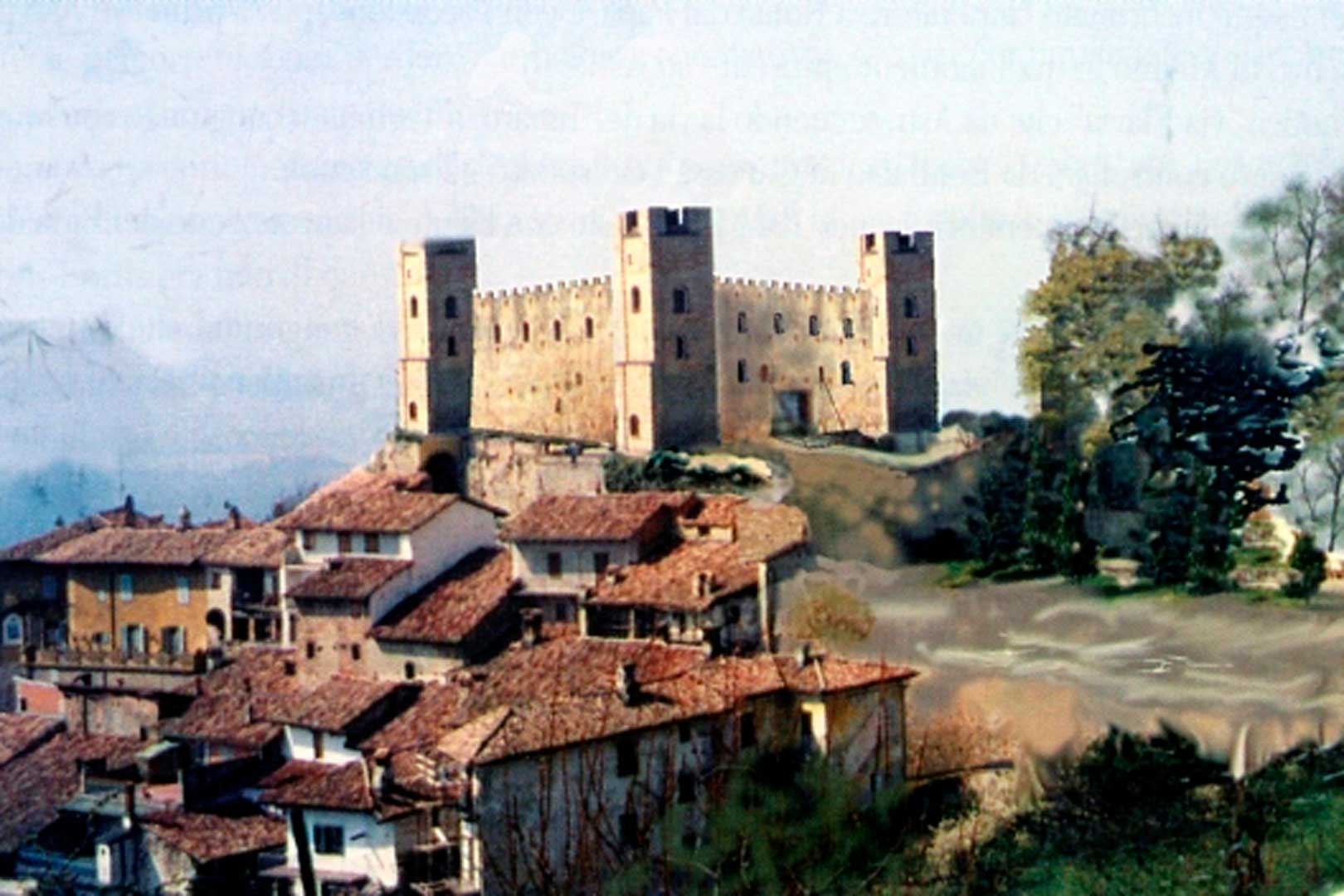 Same old story: it’s late, there’s nobody around, it’s getting foggy and you are trotting back home. You are in the Corso Monforte area and suddenly you notice some indistinct figures: slowly, as they proceed towards you, these figures take on the form of women and walk in a sad and desperate procession. Who are they? They are the wives and daughters of the Catari, burned in an immense stake right in this way. The story tells that in 1028 the Archbishop of Milan Ariberto from Intimiano became acquainted with the community of the Catari, a religious movement of Christian inspiration, who lived in Monforte, a village in the Langhe. Intentional to see clearly, the archbishop went to the place and after the meeting, ordered to capture all the Catari and take them to Milan as considered heretics. Ariberto then had a large cross planted on one side of the road and a burning stake on the other side, thus forcing the Catari to choose between the Creed of the Catholic Church or eternal damnation. They chose the pyre, were burned alive in that area of ​​Milan just outside the walls that is today Corso Monforte, which took its name from this sad episode of religious persecution.

THE MAN IN THE TOWER 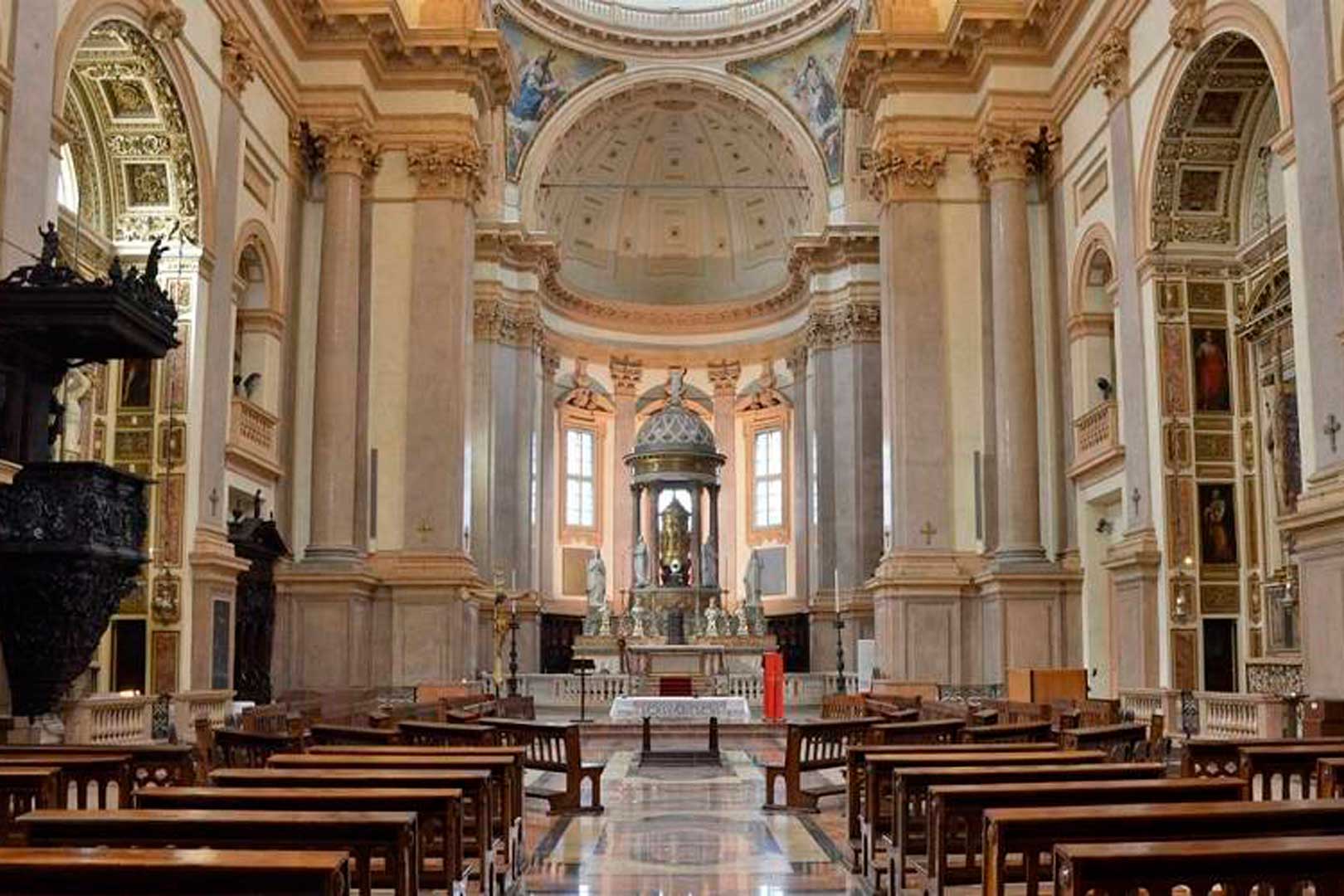 If you are in Piazza San Fedele, keep talking or making noises, or you might hear the blood-curdling screams of a man who was walled up alive in the bell-tower of San Fedele’s church.

They say that at Halloween these ghosts leave their graves to re-trace the most important moments of their lives, so beware! A ghost could see you and decide to take you away into the eternal flames, but if you are carrying a blessed candle, its flame will protect you from these ghosts.

But come now – as the old Milanese song says, “Cheer up, it’s just the day of the dead!” so enjoy some sweetness by munching “oss di mort” (bones of the dead), crunchy sweets made with almonds and egg white, or taste the “pan de mort” (bread of the dead) the bakers have prepared during the night, with raisins filling the holes left by the bony fingers of the dead, when they tried to get hold of it… Brr!