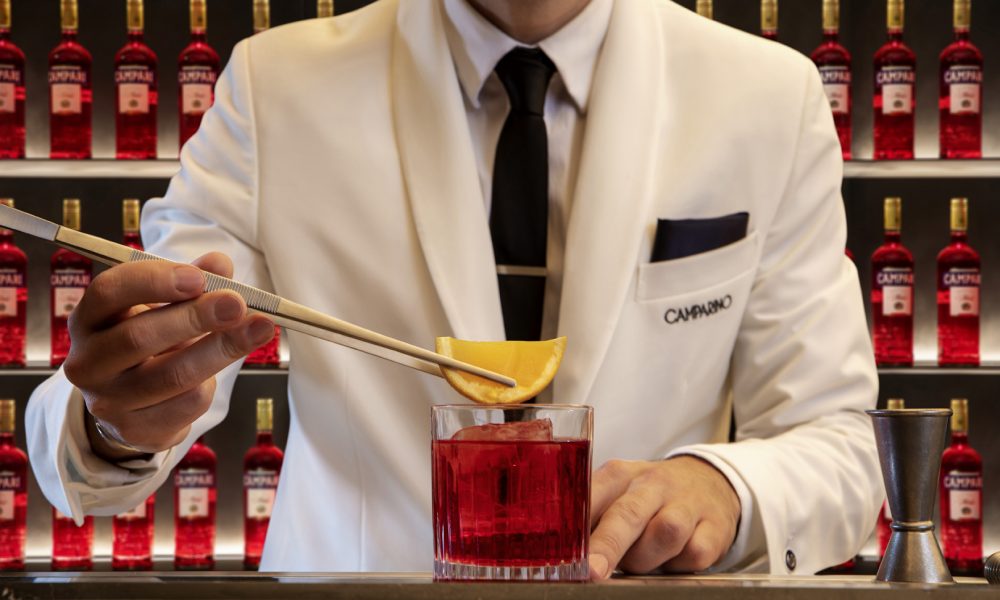 The spirits of the Campari Group are stars of international mixology

As every year, the prestigious magazine Drinks International has compiled the ranking of the best-selling cocktails in the world by interviewing professionals and consumers. And in an international city like Milan, where food & beverage is one of the most profitable, expanding and creative sectors, it can certainly represent a reliable model for this investigation. Try to think about it: what is the drink you order most frequently? Are you the type to stick to what you know or are you a more adventurous drinker? Do your preferences vary according to the time of day or who you’re with? Now that you’ve thought about these questions, let’s move on to the official data. 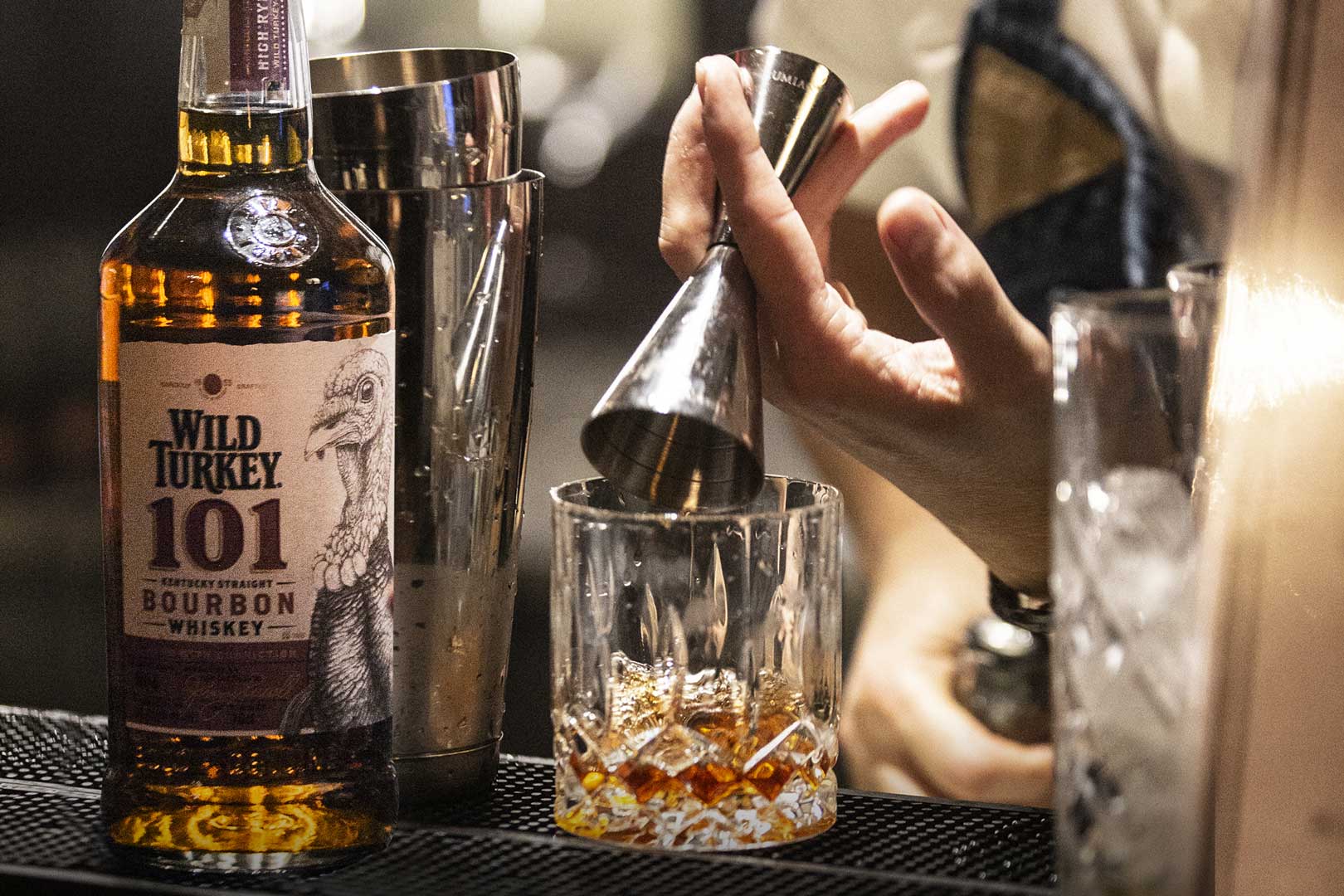 The Drinks International Annual Brands Report 2020 sees the spirits of Casa Campari triumph. In first place, the undisputed champion for the sixth consecutive year is the Old Fashioned, which owes its nickname to the King of cocktails. The main ingredient is American whiskey, specifically the famous Wild Turkey. If you are passionate about mixology, you surely have sat at the counter of your favorite place and watched the preparation of this drink. It’s “a cube of sugar wet with three drops of Angostura bitters and a small soda, crushed, mixed with a large ice cube and two ounces of bourbon,” to put it in the words of mixology expert, writer David Wondrich. Wild Turkey is a bourbon that stands out from other types of whiskey for its stronger and sweeter flavor, obtained thanks to the distillation of corn. It is a long process which returns the typical intense coppery color and the aroma and taste of vanilla and oak with traces of citrus and toffee. It’s a rich product, with a strong personality that’s appreciation is confirmed worldwide. Read our article dedicated to the drink. 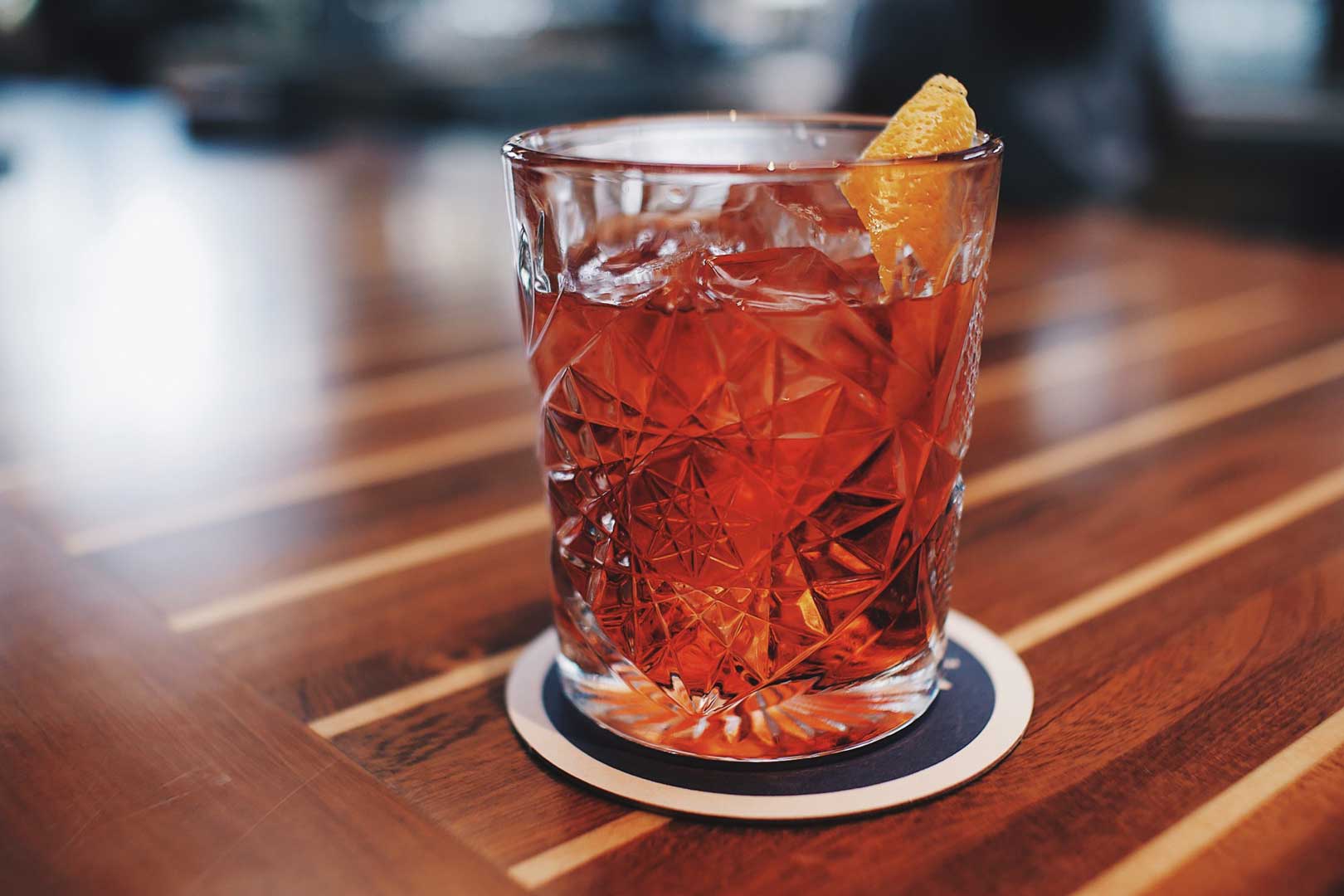 The second place has also been stable for six years and is held by the very Italian Negroni who, just like the Old Fashioned, brings together bartenders and consumers. It was born in 1920 in Florence, from the idea of ​​Conte Negroni, who is know as cocktail royalty. The drink consists of a third of gin, one of Bitter Campari and another of Vermouth. The unmistakable red color characterizes the Campari brand, which since 1860 has dictated the rules of the aperitif all over the world. But not only this: in 1915 it also became one of the symbols of Milan with the opening of the famous Camparino in Galleria Vittorio Emanuele II, which is a true institution in the city. 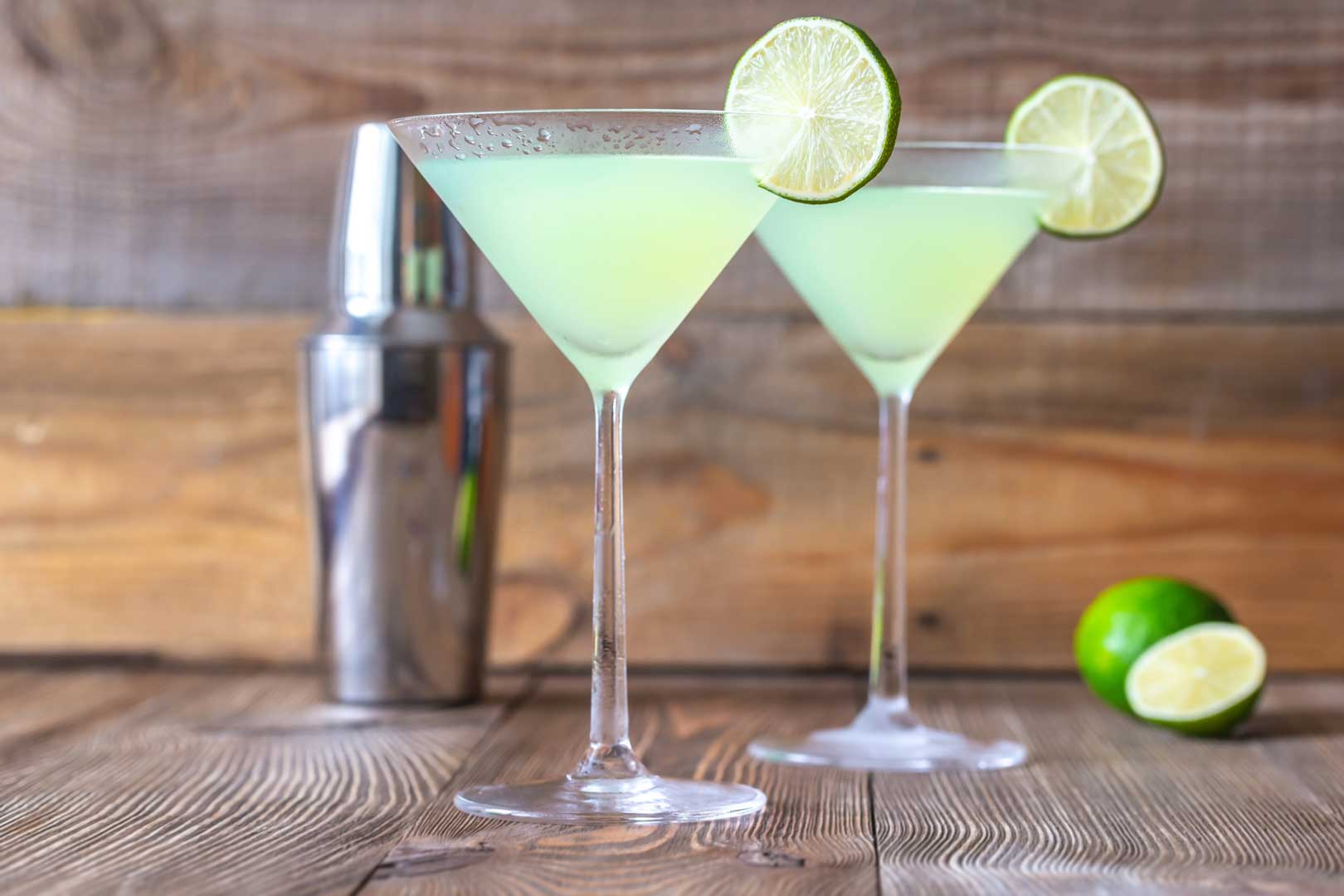 The podium is completed with the Daiquiri which has gained a spot in the ranking this year. The drink of Caribbean origins is made of white rum, lime juice and sugar syrup and became famous after the writer Ernest Hemingway mentioned it as one of his favorites, along with the Mojito (which is ninth in the Top 10 of Drinks International). 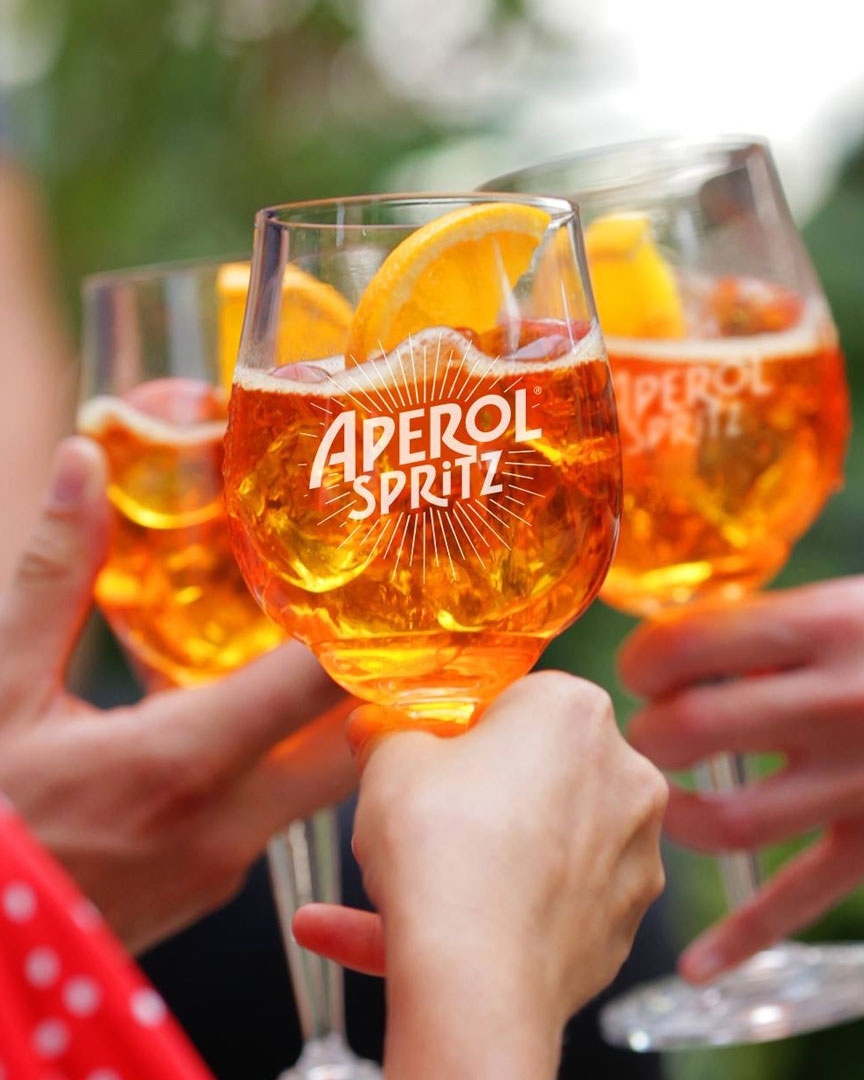 Behind every alcoholic drink, there is a story made up of characters, places and traditions that can make it a symbol of an entire culture. This is the case of the Aperol Spritz, which is tenth in the Annual Brands Report 2020. In the first post-war period, it spread throughout Italy as a symbol of intense social life. In the 1950s, the recipe was developed and began its commercial ascent but it wasn’t until the early 2000s, with the acquisition by the Campari Group, that it gained international exposure. Its unmistakable bright orange color, the unique taste obtained from a secret mix resulting from seven years of experimentation and the alcoholic lightness all make Aperol the perfect aperitif drink. Just like the Negroni, Aperol Spritz is also easily recreated at home: fill a wine glass with ice, pour prosecco and Aperol in equal parts, add a pinch of soda and garnish with an orange slice. 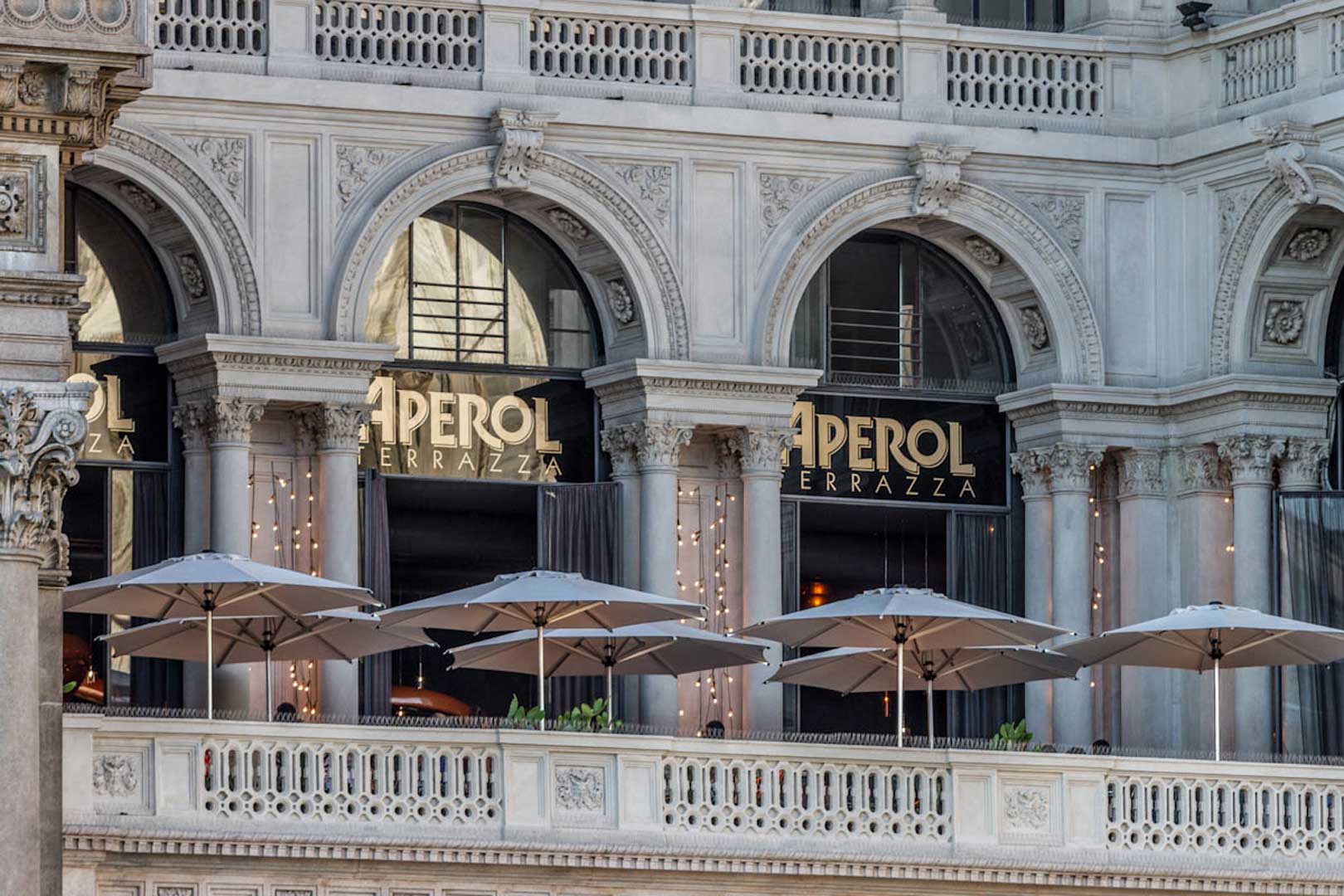 If, on the other hand, you are a nightlife lover and you’re looking for a special experience, make an appointment with your friends on the highly coveted Aperol Terrace. It’s one of the most iconic places in Milan thanks to the breathtaking view of the Duomo. It’s surely one of the traditions that Italy is best known for.