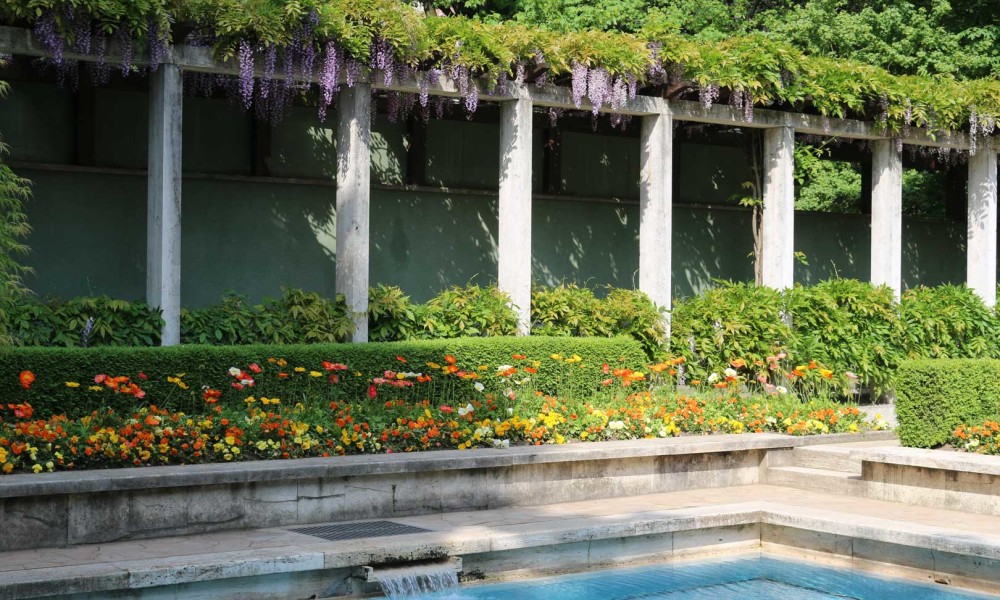 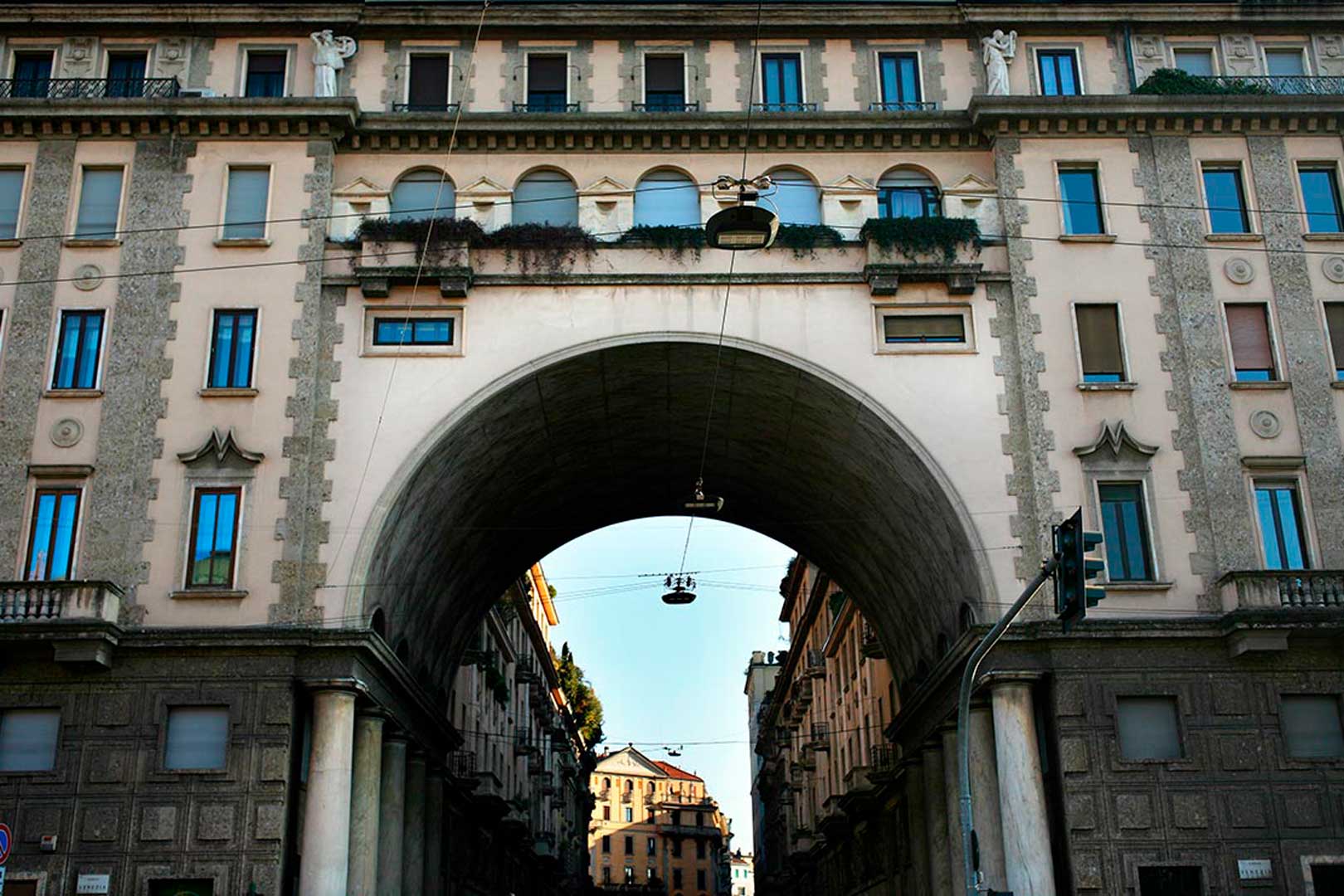 Designed by the Mantuan architect Aldo Andreani, this district located halfway between Montenapoleone and Porta Venezia arises in the late twenties of the ‘900 on an area characterized by vegetable gardens and green spaces. 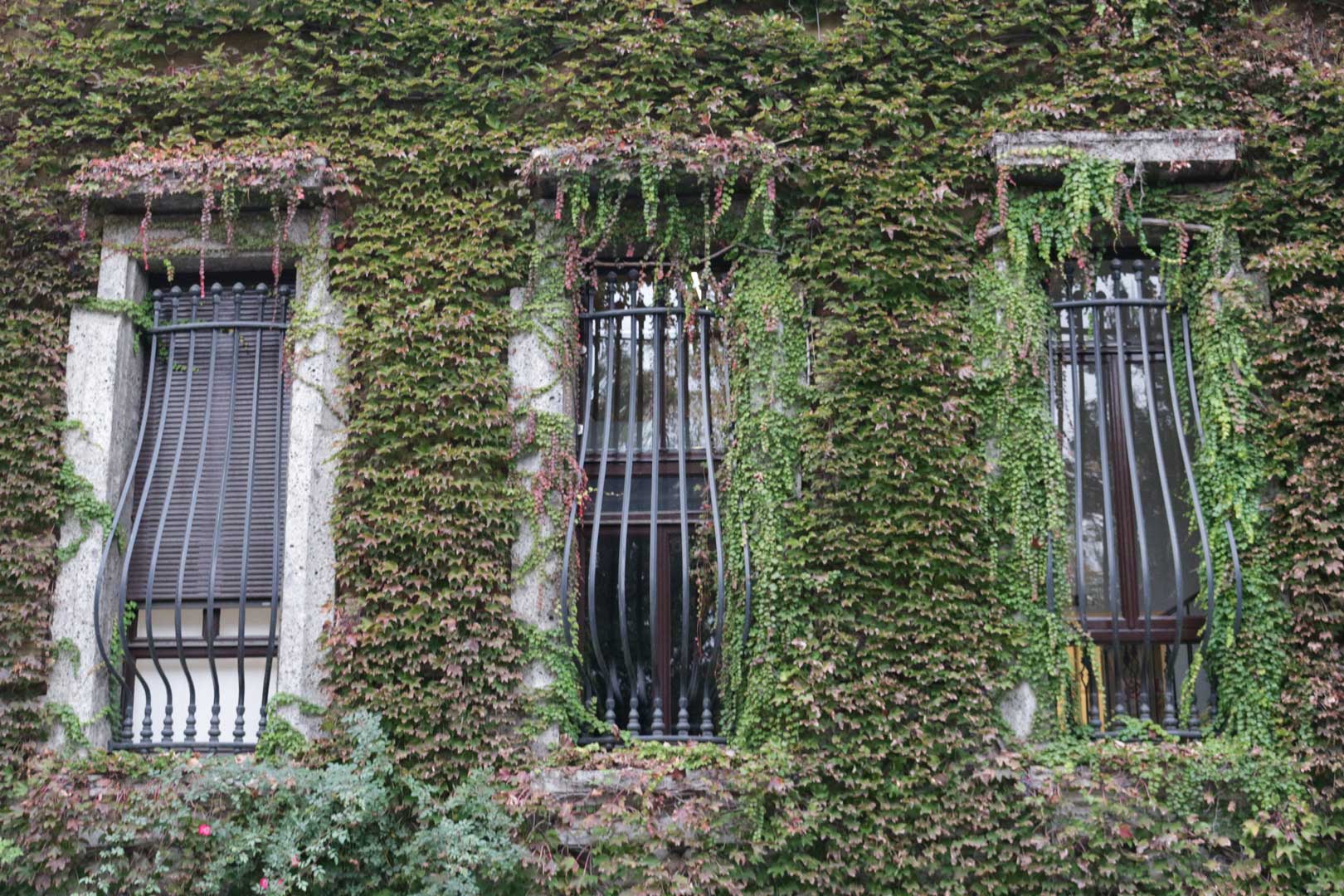 Owners of the green Capuchin friars that between Corso Venezia and Viale Majno had the convent and spent their days praying, taking care of the gardens through which they fed, and helping the needy including those plagued told by Manzoni in ‘I promessi sposi’ because a few steps away there was the much studied Lazzaretto where Renzo went to look for Lucia during the plague… 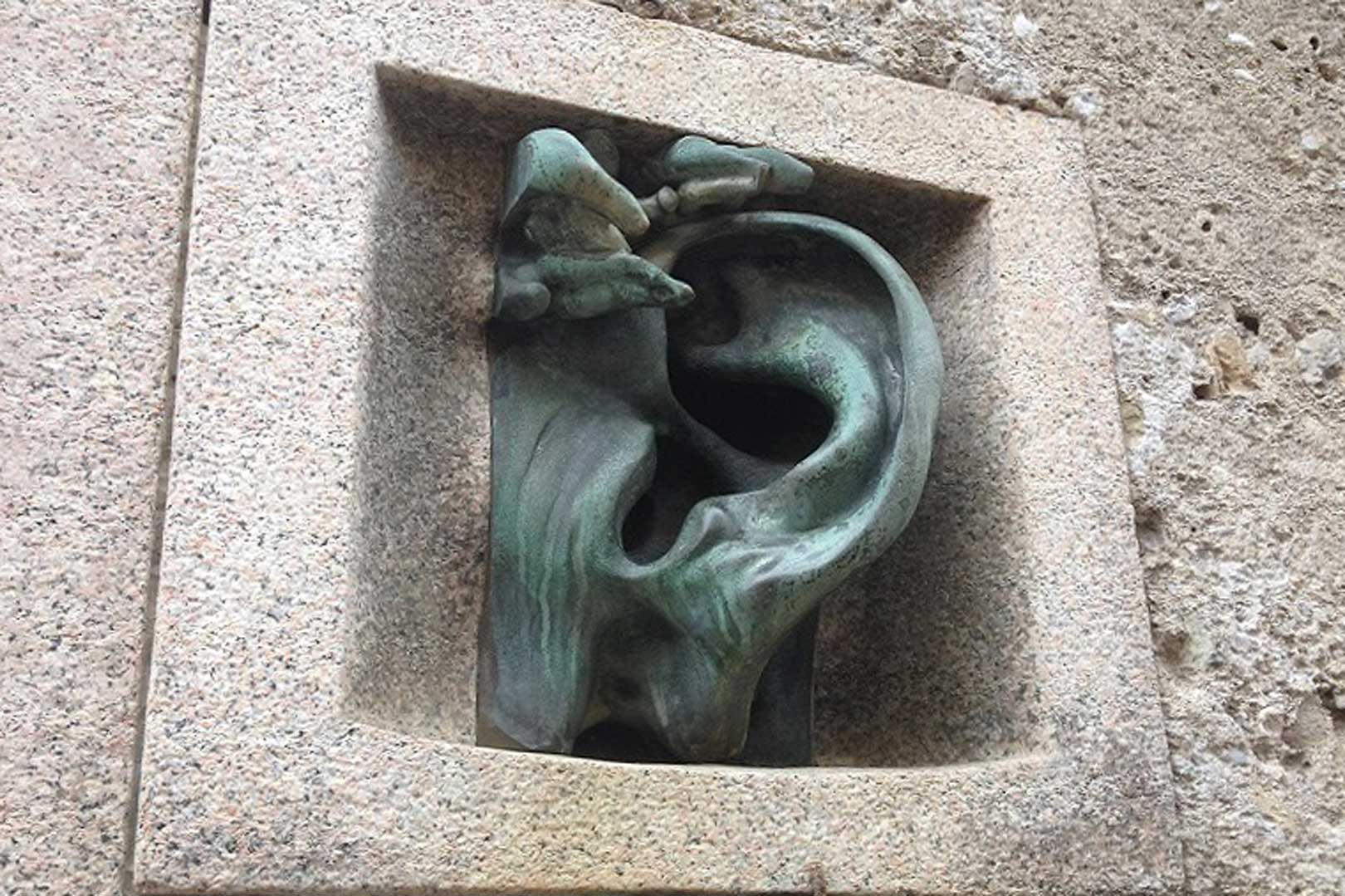 Today, green areas are flanked by elegant buildings with hallways and interiors worthy of film (actually … some films were actually shot!) Just -or almost- as the architect wished to take charge of the building adaptation of this new neighborhood that would be called ‘Excelsior’ to signal the high target of families who would soon have lived there and had as their input a monumental arch interwoven into a building with the main facade on the course right across the street at the Museum of Natural History located in the Indro Montanelli Public Gardens. 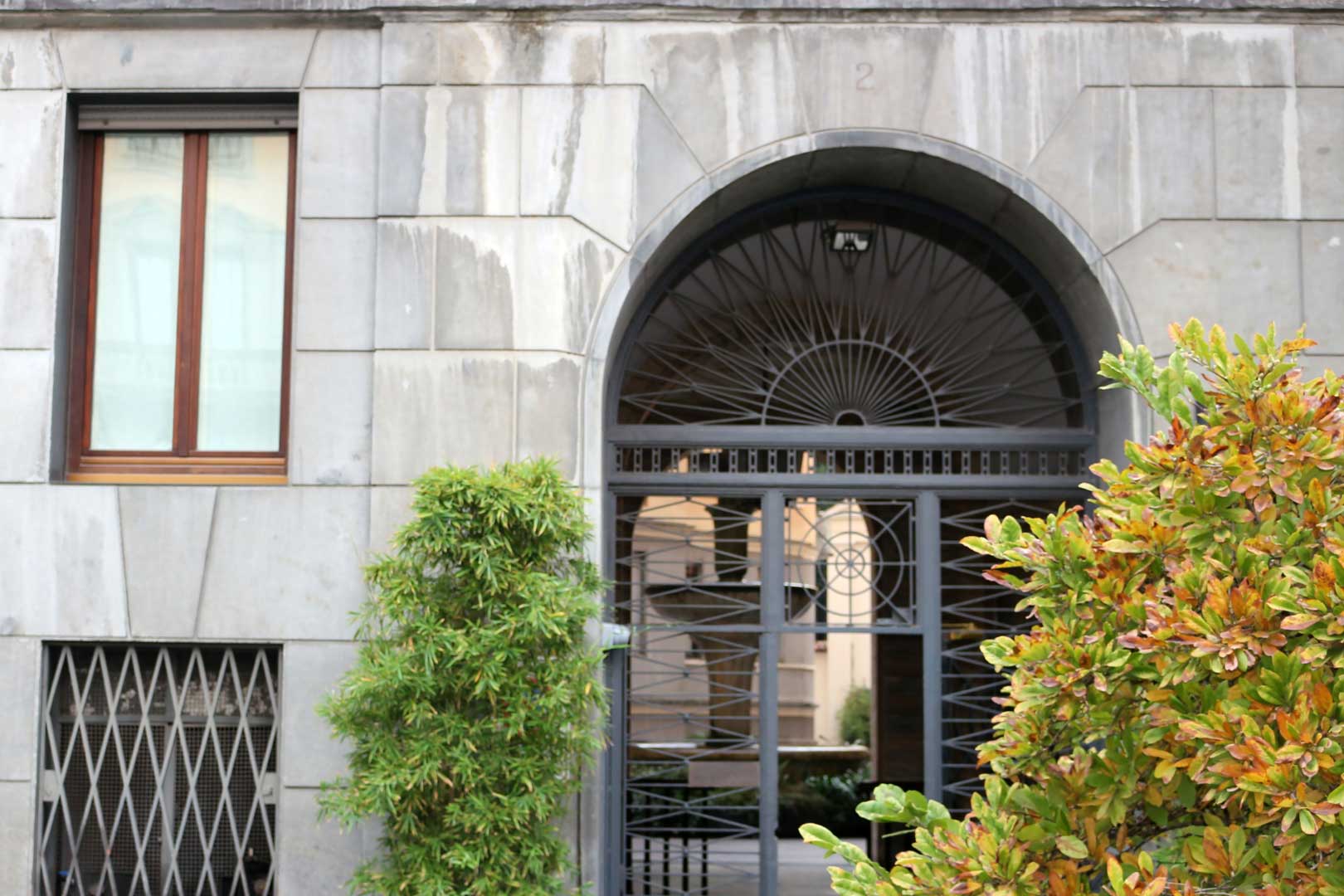 And so it was: between Via Cappuccini, via Mozart and Corso Venezia several exponents of the upper industrial bourgeoisie came to live here, like the Necchi Campiglio, those of the sewing machines of our grandmothers, or the Invernizzi, those of the cheeses that so much we liked as children, and always those who in the garden – now owned by the homonymous foundation – more than twenty years ago had brought with them from their travels overseas, a family of pink flamingos that today seem to live harmoniously, not caring for the city smog and the continuous smartphone click of the unusual Milan tourists. 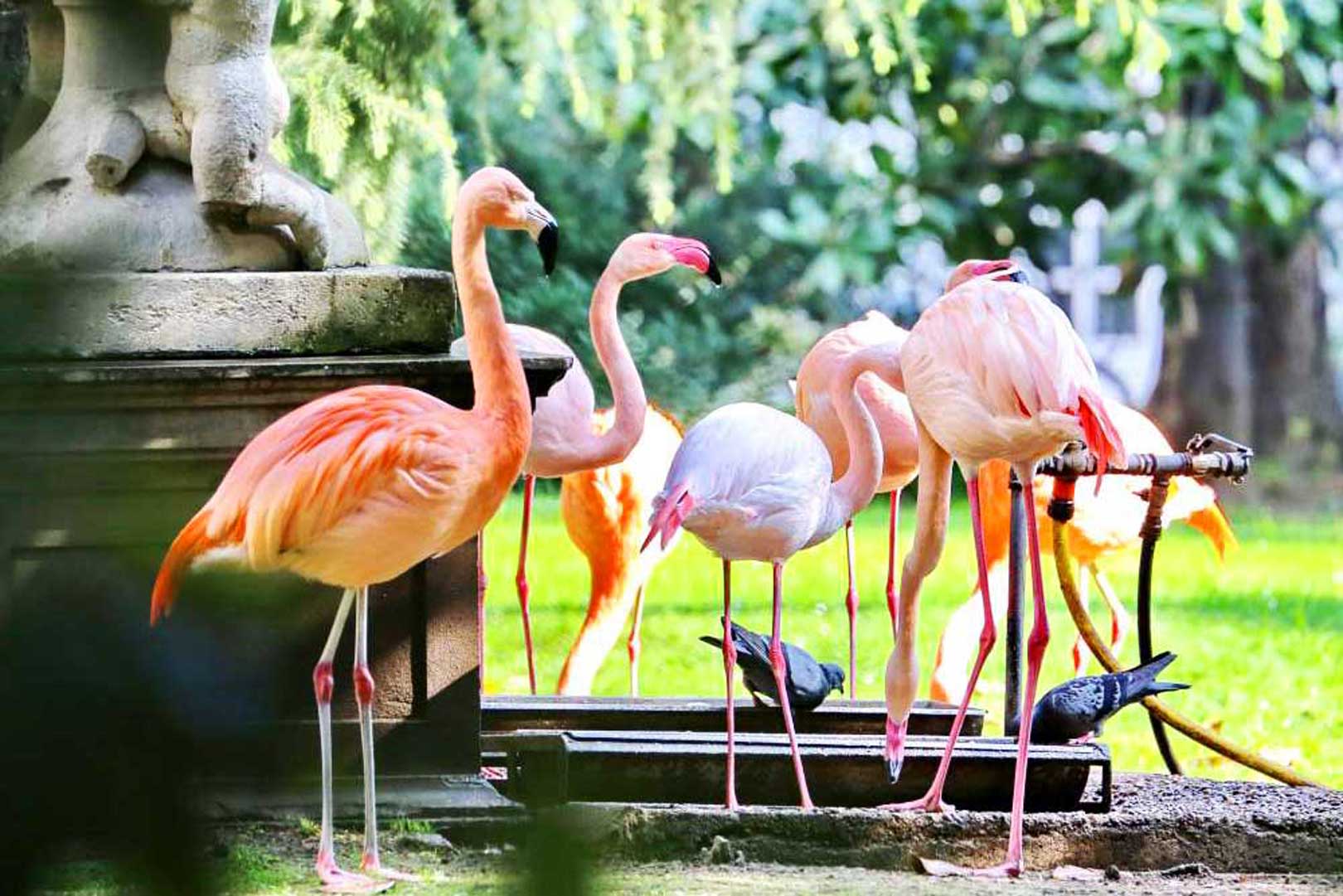 All families of industrialists who, thanks to the exploitation of their activities, could entrust the best architects of the time and without any budget limit to build Decò villas with heated swimming pool and tennis court, luxurious hallways with helicoidal staircases or interiors composed of bathrooms in marble and halls with stucco ceilings, some of which can be visited today thanks to organized tours and prior reservation. 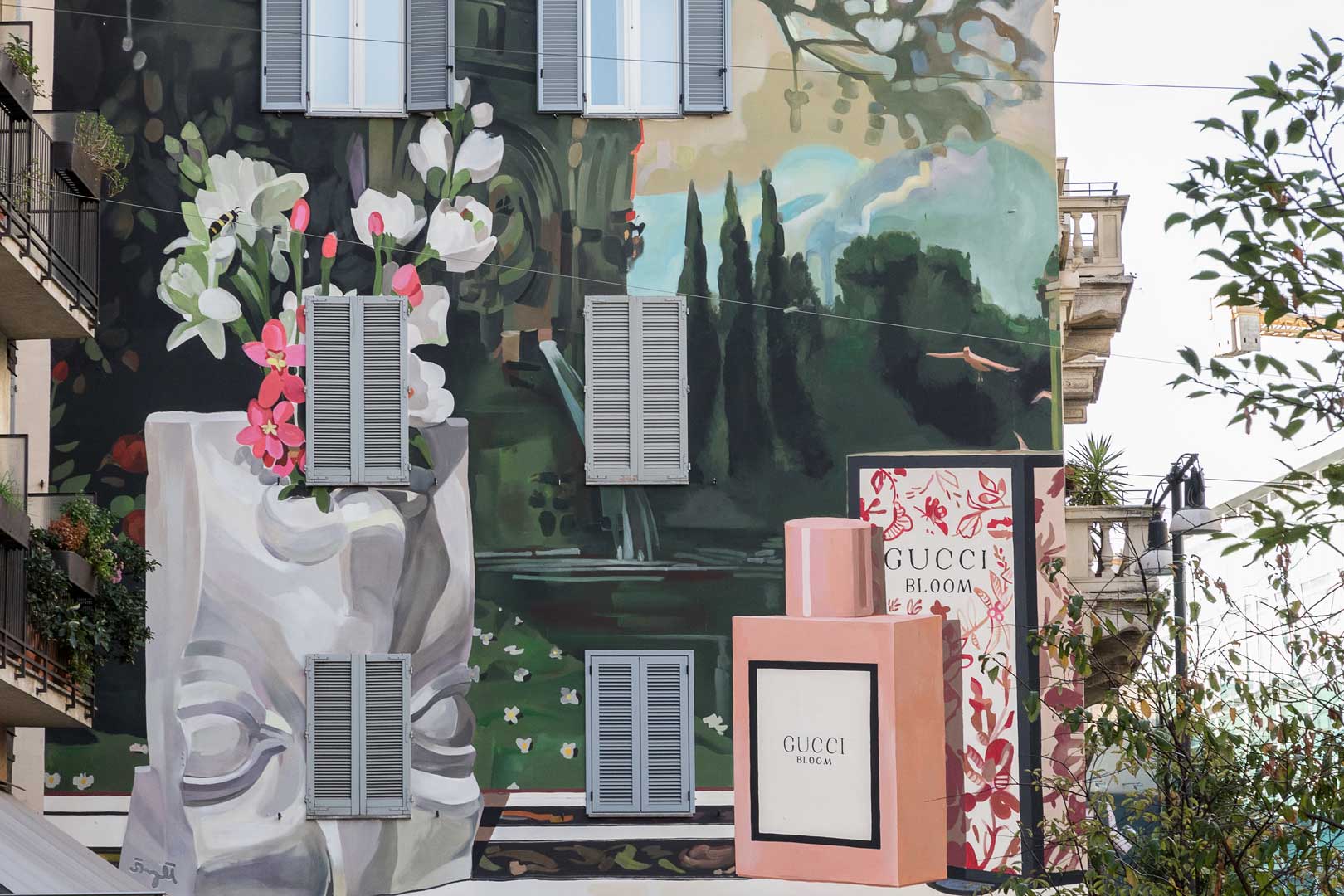 Between Garibaldi and Moscova, more precisely in Largo La Foppa, there's an unusual mural: the Gucci Art Wall. Raising your eyes, in the surroundings of Radetzky Café, you can see this huge 176 square meters wide urban canvas that, since May 2017, interprets the imagination of Gucci and unites marketing to contemporary art and giving periodically to the Milanese [...]