A tram, two exceptional locations and meetings with illustrious guests for the presentation of the last novelty signed by Sky Italia

For the 2018 Design Week Sky Italia will be present animating the days from 17th to 22nd April with two exceptional locations, the traveling Sky Q tram around the city and numerous appointments at BASE Milano with the most famous faces of the Sky programming. 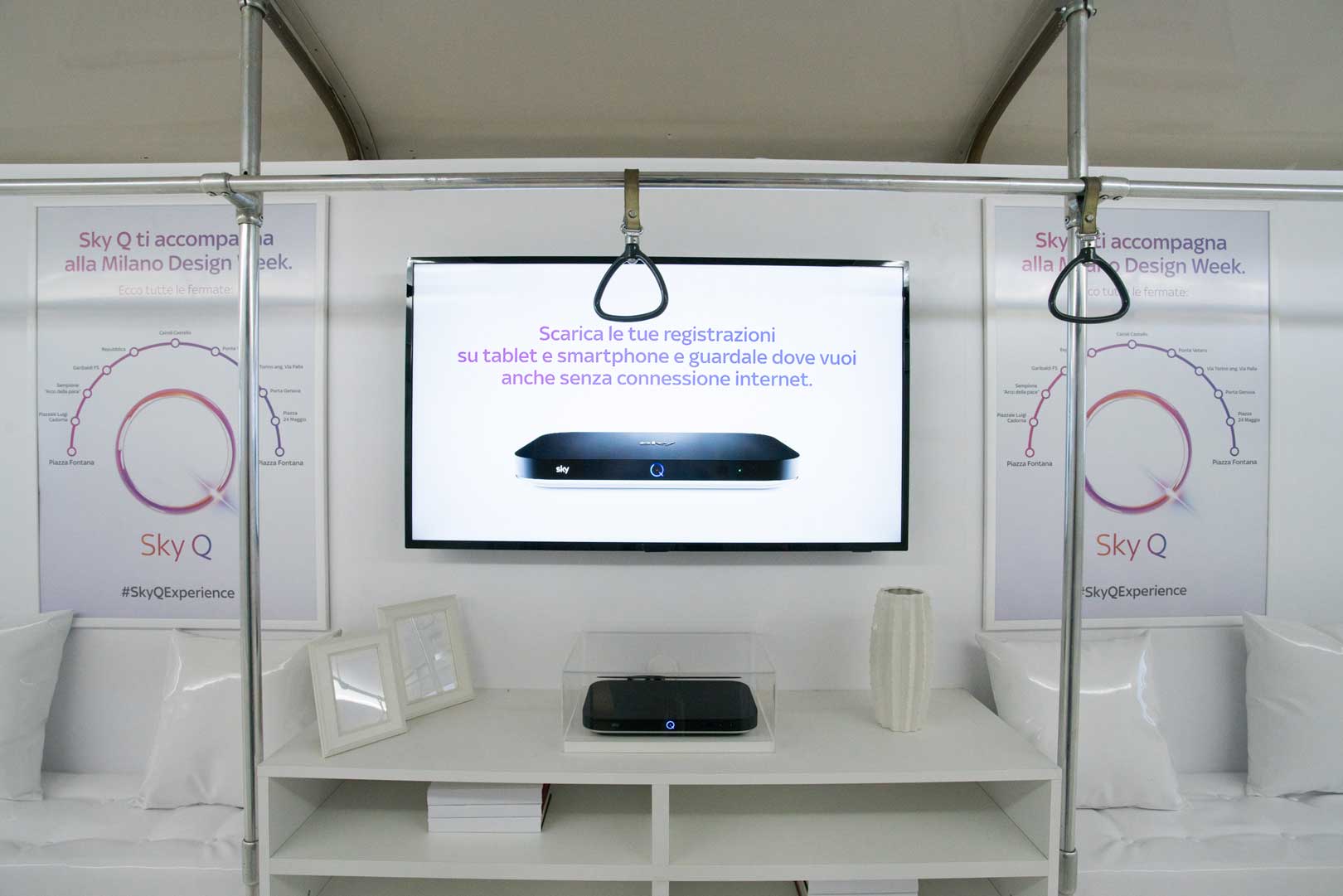 For those who do not know it yet, Sky Q is Sky’s technological platform that transforms the home into a technological whole: all the screens, TVs, tablets and smartphones will become synchronized, so that you can stop viewing on one and continue it on another, from the exact moment of the pause. All this is added to a simple and intuitive Homepage where you can find your favorite programs, to the Sky Go app with which you can bring the best of Sky entertainment wherever you go (even without internet connection) and to the highest standards of definition, the 4K HDR. Go enjoy the #SkyQExperience! 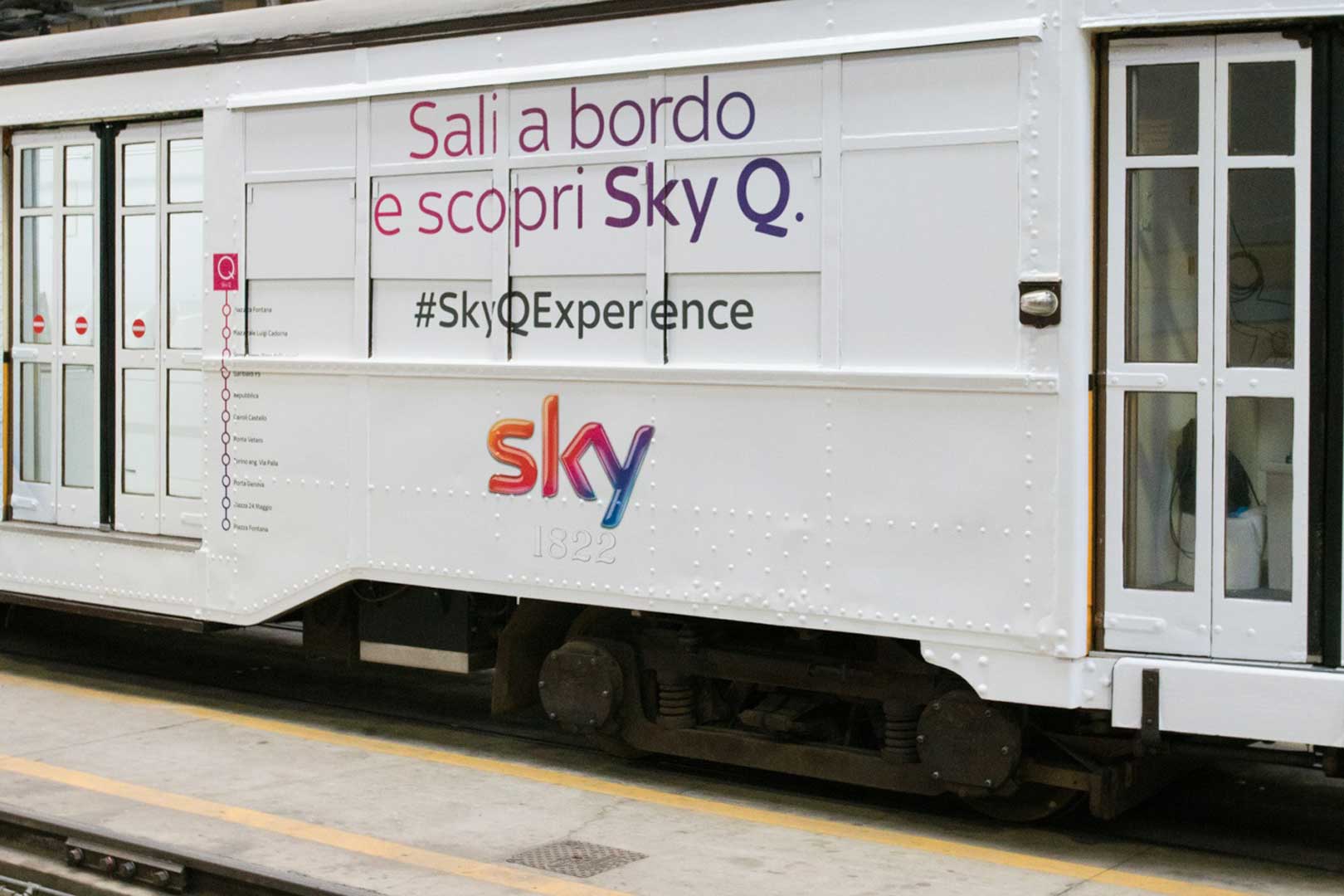 But back to the Design Week that is animating our beloved Milan like never before in 2018. Sky Italia has created for you the Sky Q tram, set up internally as a home, which will travel around the city welcoming citizens, tourists and curious for free and to let them experience Sky’s offer and news. The tram departs and arrives in Piazza Fontana. The scheduled stops, however, are Piazzale Cadorna (MM1 / MM2), Corso Sempione / Arco della Pace, Garibaldi FS (MM2 / MM5), Republic (MM3), Cairoli Castello (MM1), Ponte Vetero, via Torino / via Palla, Porta Genova FS (MM2) and Piazza XXIV Maggio. 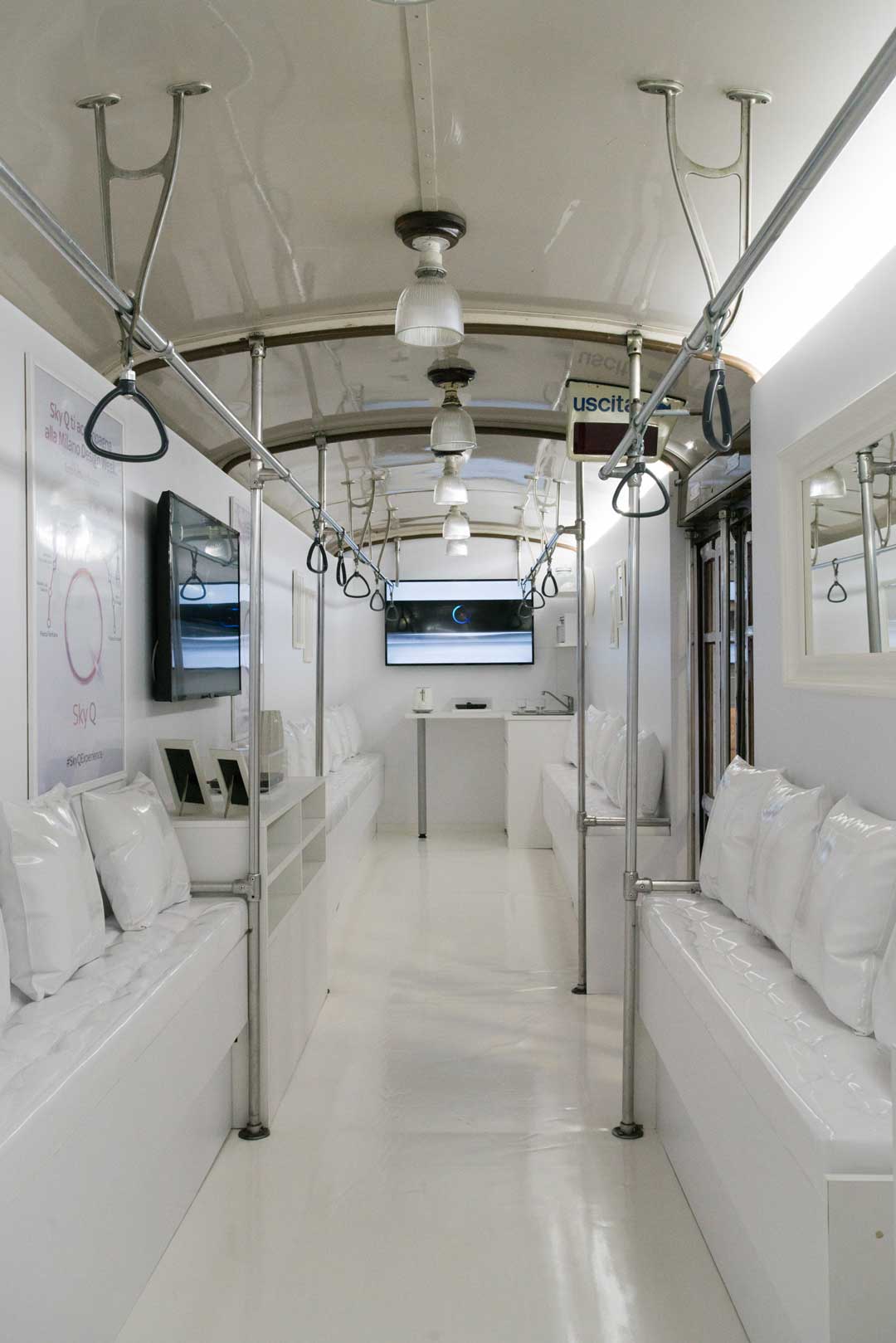 At BASE Milano, in via Bergognone 34, you can visit Casa Sky Q, an immersive space created for Sky Italia by Peter Bottazzi, architect, designer and set designer. The idea is to let the visitor experience a #SkyQExperience: an immersion in a fluid space, without barriers that shows a new living concept in which to fully enjoy the advantages of Sky Q, which illuminates the rooms and the panels with the colors of its programs. The installation breaks down the limits of the domestic life emphasizing the sharing and mobility elements that the new technology platform of Sky offers to its customers, transforming the home into a uniform and integrated vision environment in which all the screens of the devices communicate everywhere, inside and outside the house. 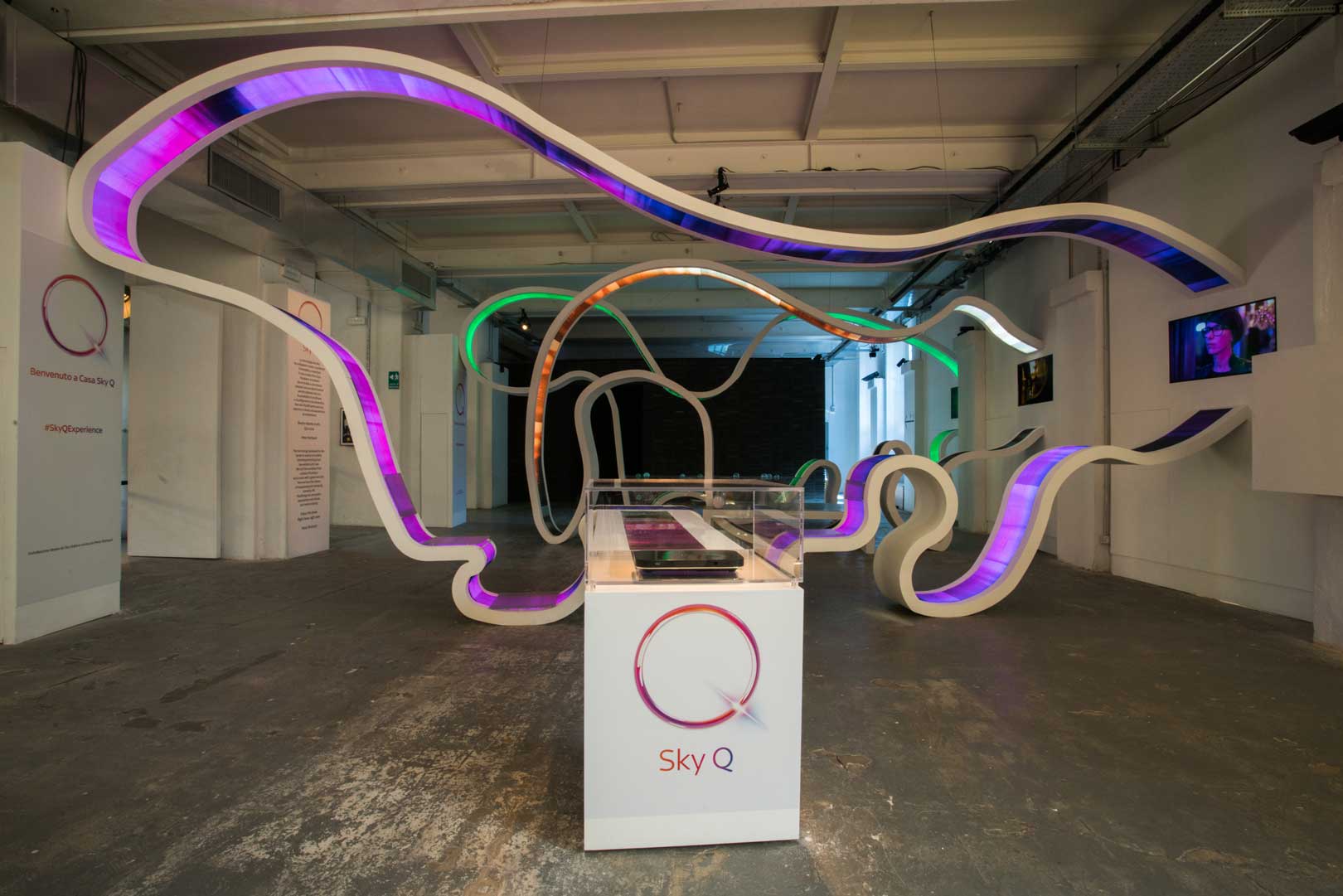 Many, finally, the appointments with the familiar faces of the Sky broadcasts that will visit Casa Sky Q at BASE: Thursday 19th, at 12:00 Iginio Massari, the pastry master, will present “Dolce Q”, a creation created for the presentation of the new platform with the special student Federica Masolin, the face of the Formula 1® of Sky Sport; always on Thursday at 6.30 pm, instead, a talk between the deputy director of Sky TG24 Riccardo Bocca and Selvaggia Lucarelli on the theme “Social media: from the past to the near future”. 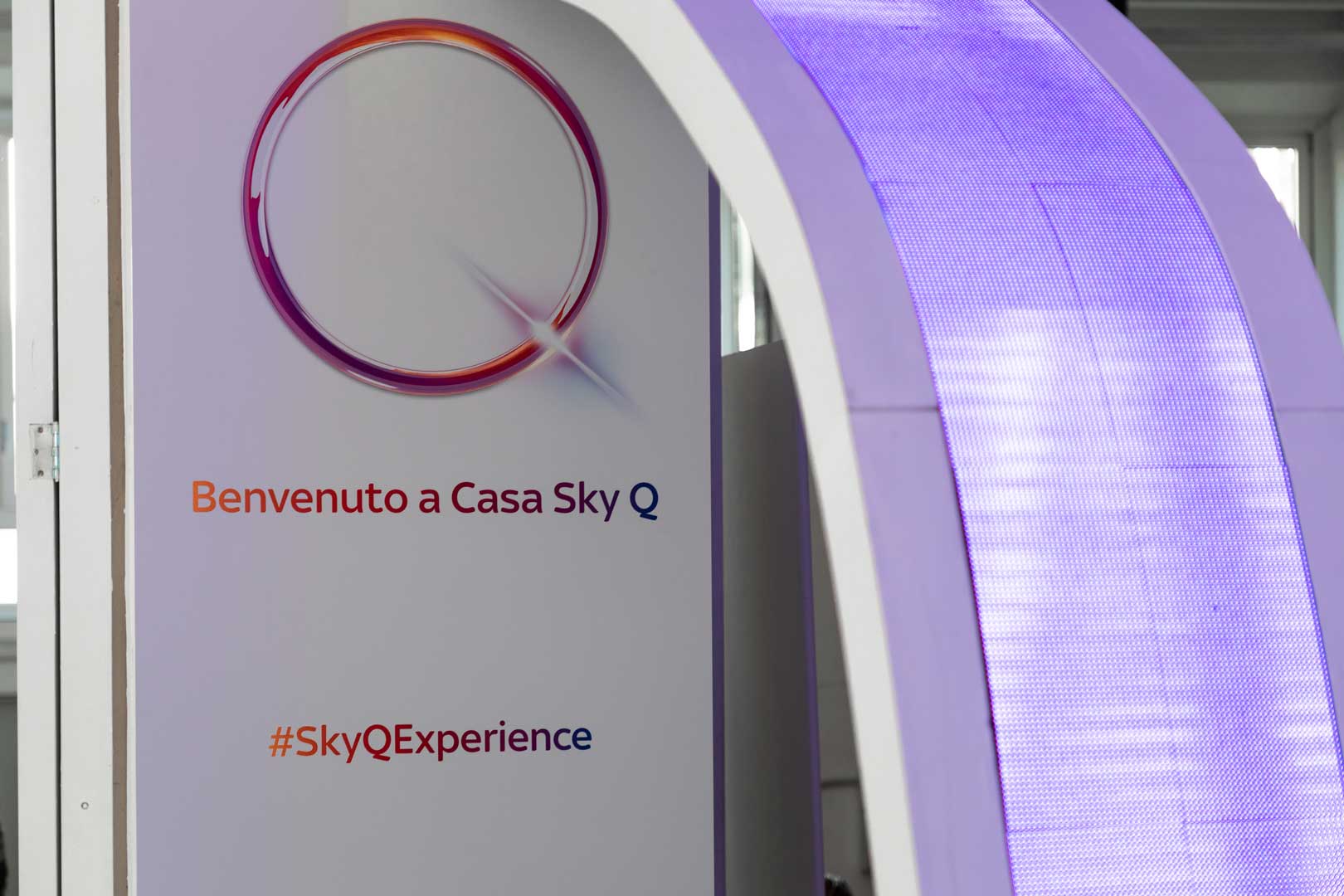 Friday 20th at 6.30 always at BASE Milan an appointment in the name of music will take place, with the acoustic concert of the Joe Bastianich Project Band. The feared judge of MasterChef Italy will perform, proposing original songs written and arranged by himself. A journey in his background, in his memories and in the styles that have marked his musical growth: from country to folk to American rock. 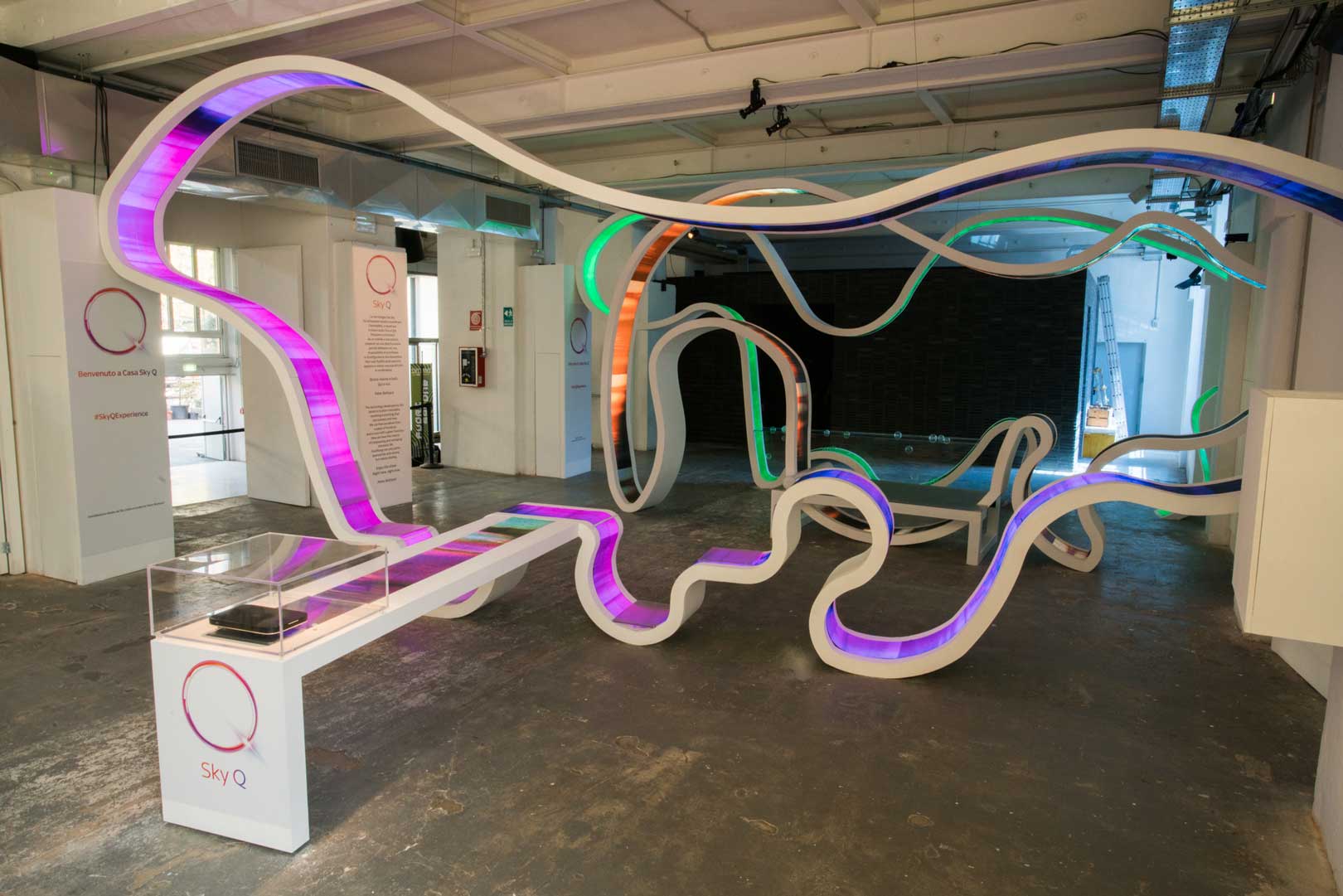 On Sunday 22nd, at 5 pm, Lodovica Comello, conductor of successful programs such as Italia’s Got Talent, will visit Casa Sky Q and meet fans together with Teatribù, a Milanese theater improvisation company that became famous thanks to the program. 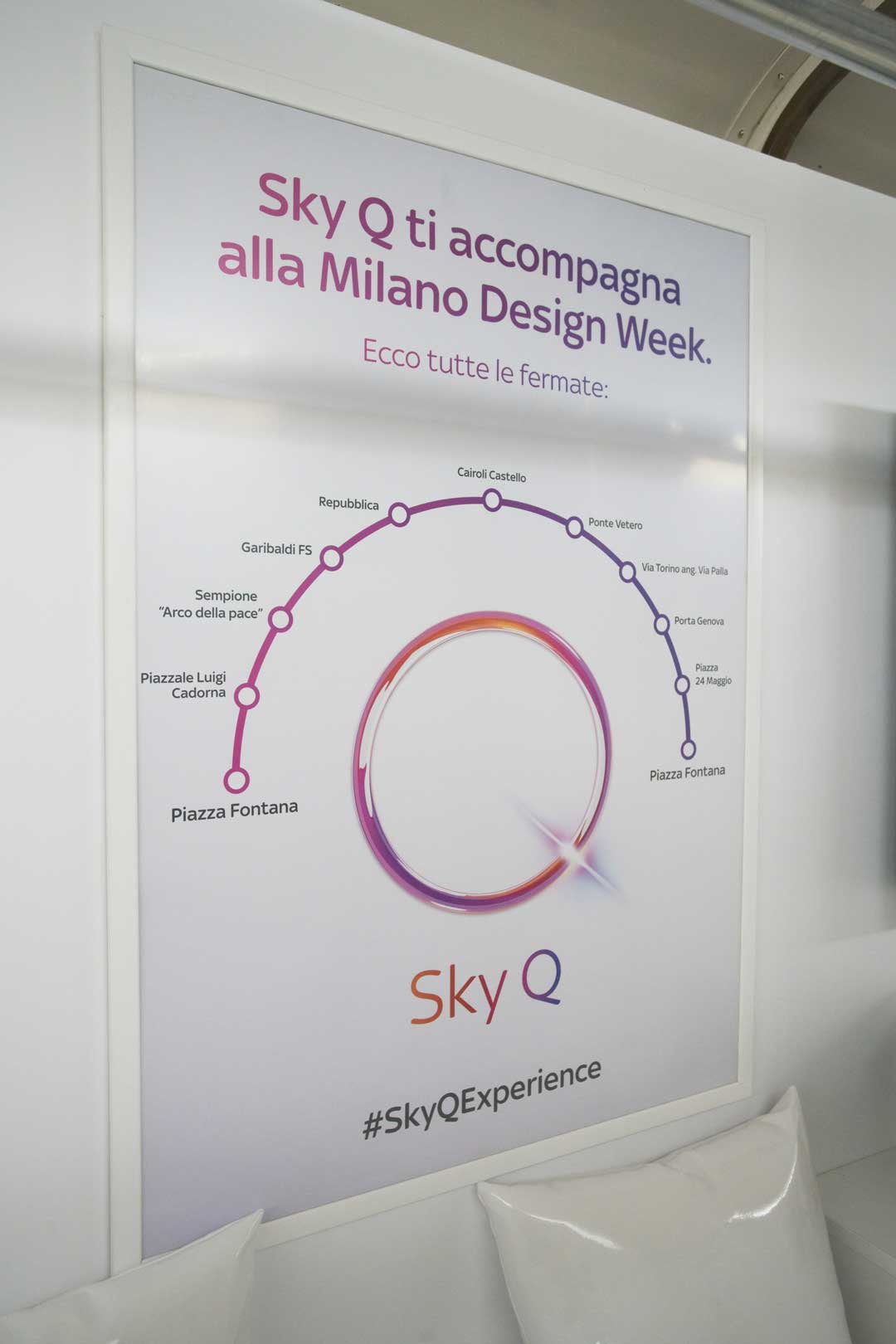 Wednesday 18th from 12:00 to 22:00 at the other location, the Teatro Agorà at La Triennale is possible to admire the initiative “Dall’albero al Design“. For this edition of MDW in the name of nature and sustainability, Sky Academy in collaboration with the Department of Design of the Milan Polytechnic set up an exhibition that includes 23 projects created by 70 students who have designed innovative sustainable urban furniture prototypes by reusing the wood of the Piazza Duomo Christmas tree. Among the projects on show there also will be the one that will be materially realized and placed, by June, in the square in front of the Milan office of Sky, in the Rogoredo-Santa Giulia area.

Editor’s note: This article is proudly sponsored by Sky Italia S.r.l. and endorsed by Flawless Milano. We thank you for supporting the sponsors who make Flawless Milano possible.