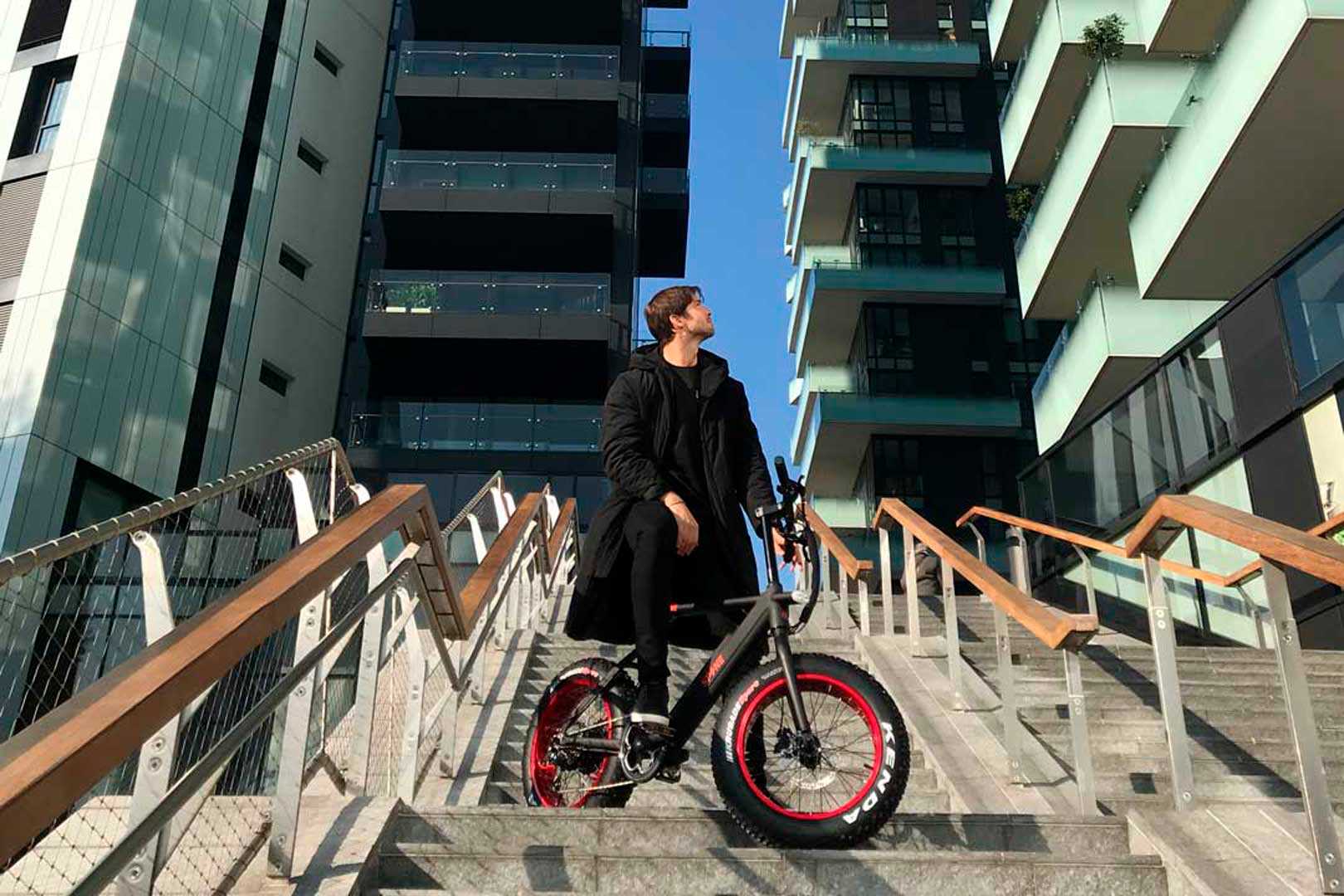 It’s such a beautiful thing that they had to invent a word for it: SPINEXPERIENCE. Not just an experience, nor a common test drive, but something new and unique. The Spines does not indeed look anything like we’ve already seen. Even when something seems to approach it, the Spines still surpass it in one way or another. But let’s take a step back. We must explain what we are talking about. The Spines are the evolution of modern e-bikes: they have assisted pedaling and can be connected via apps and shared with friends. So far we have remained in normalcy. 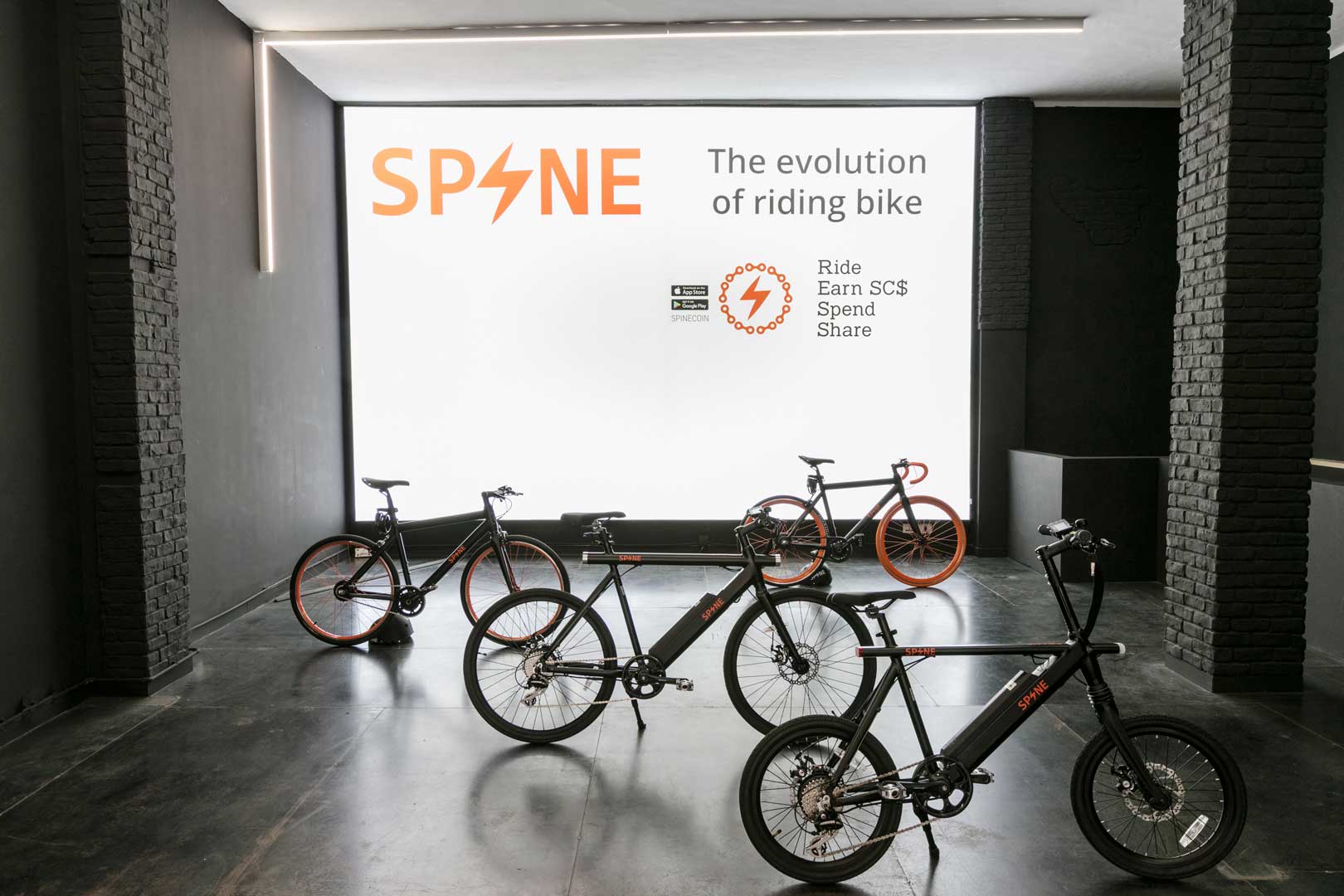 But Spinebike always takes that extra step. In fact, as well as being a shareable bike, and having all those features, Spine makes it possible to gain something from your muscle-work. What does it mean? The more you pedal and the more kilometers you mill, the more Spinecoins you earn. Spinecoins are the digital currency that can be spent in both Spine stores and Spinebike partners’ shop. For every kilometer covered, a Spinecoin will be added to your digital wallet, so it should be funnier to speed through the streets of the city and share your e-bike with your friends. 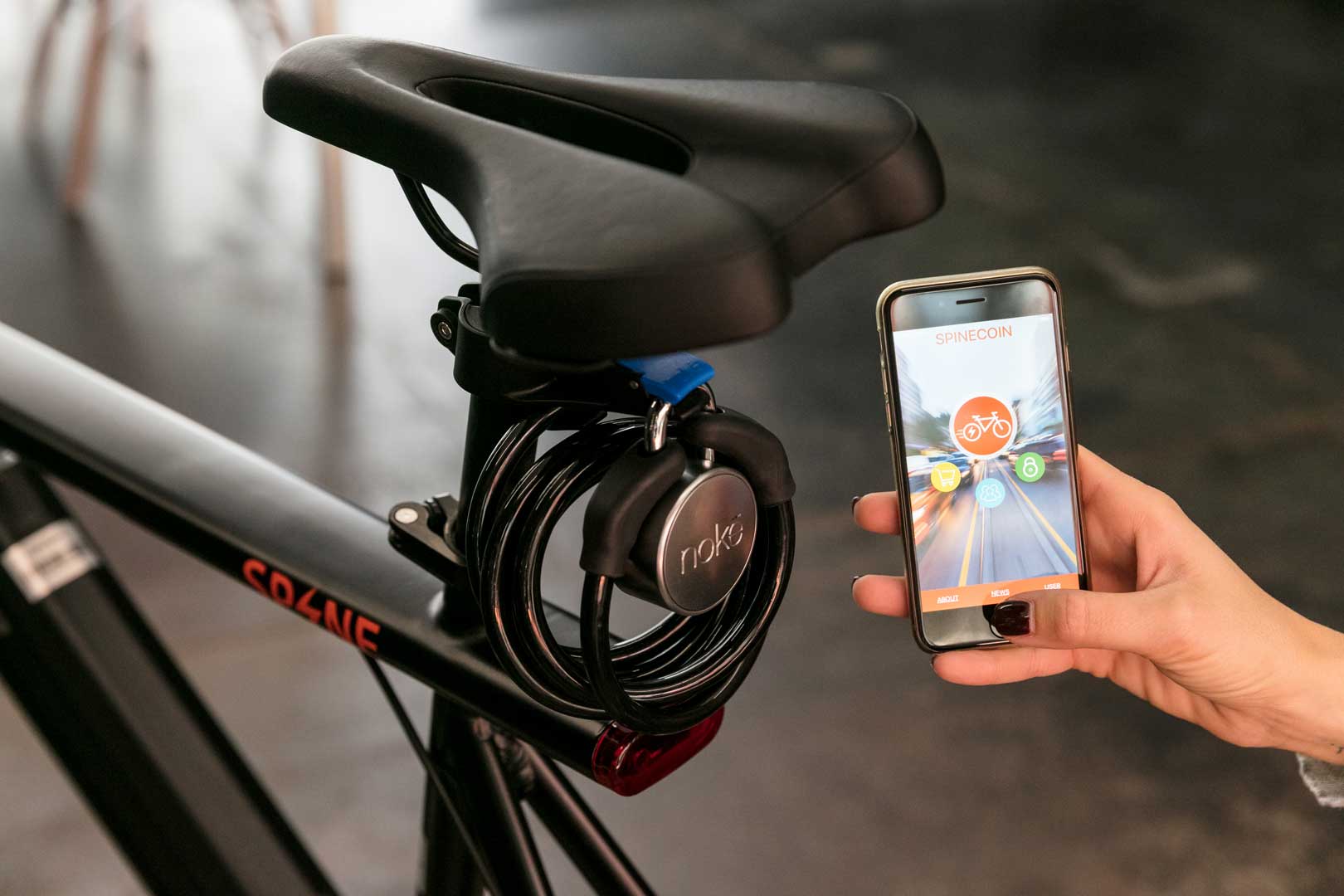 But let’s get to SPINEXPERIENCE. The beauty of these objects (because they are so much more than simple bicycles) and the absolutely fluid way in which all services and functionalities develop around them are not simply listable: you have to try them out. So, a few Saturdays ago, I started my morning with a visit to the Via Cappellini store, which alone would deserve a mention of its own, because it perfectly expresses the fusion of style and essentiality that is the true heart of SPINEXPERIENCE. More than a store, it is an exhibition space characterized by black and orange, the identifying colors of the brand. Difficult to choose between the range of e-bikes on display, the design is minimal but each is different from the other: six models, all inspired by the two cities in which the project took shape, our Milan and the caliente Barcelona. 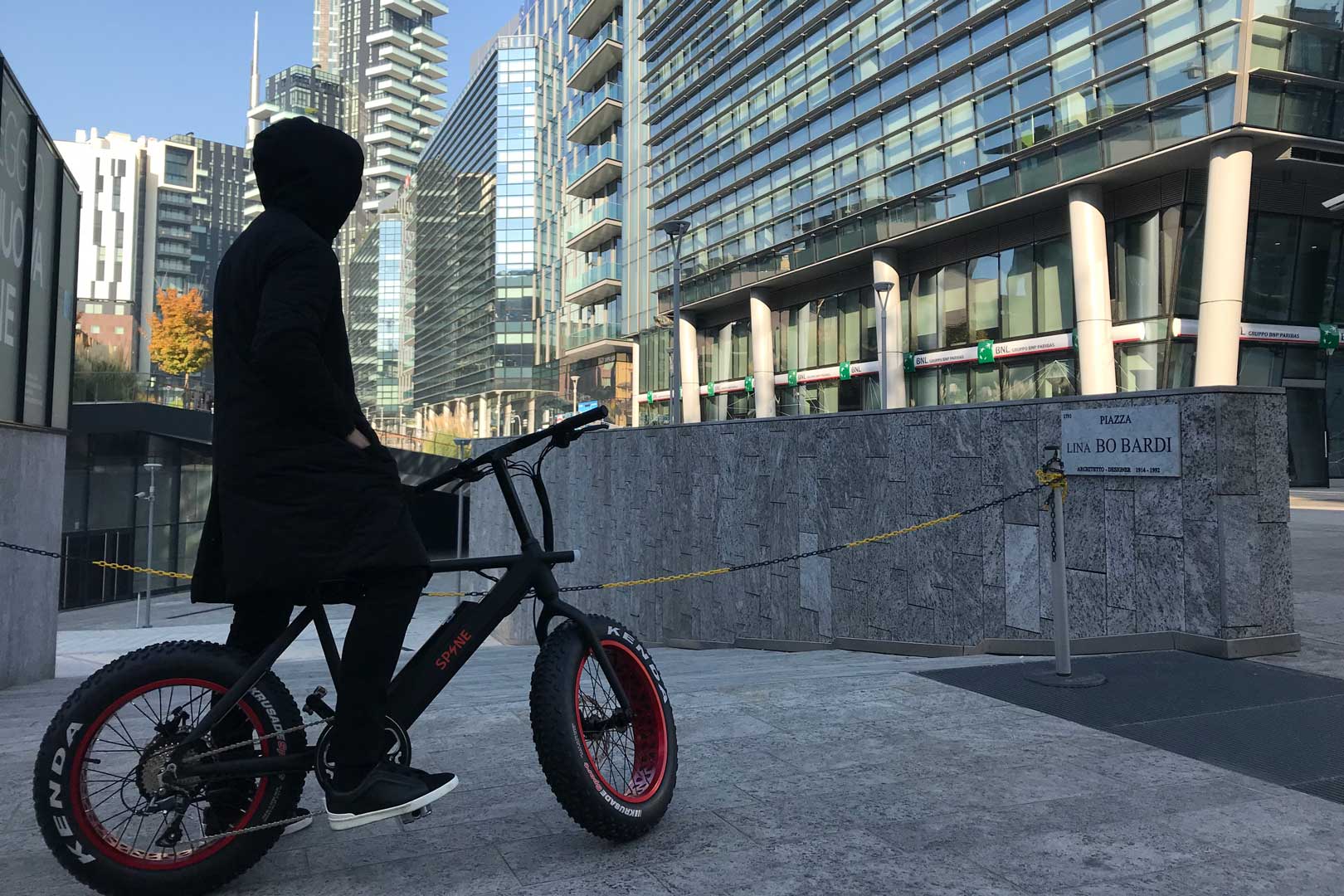 Choosing was not easy, but after identifying my needs, the Spine Store staff immediately understood what was the perfect model for me: the Barceloneta. An alloy beauty that weighs only forty-four pounds, with a smart but aggressive design, big tires and deep treads for all terrains and semi-integrated battery. I realized it was my bike when they showed me the built-in LCD display, the classic detail that makes you understand that you’re dealing with something better than the usual bicycle. 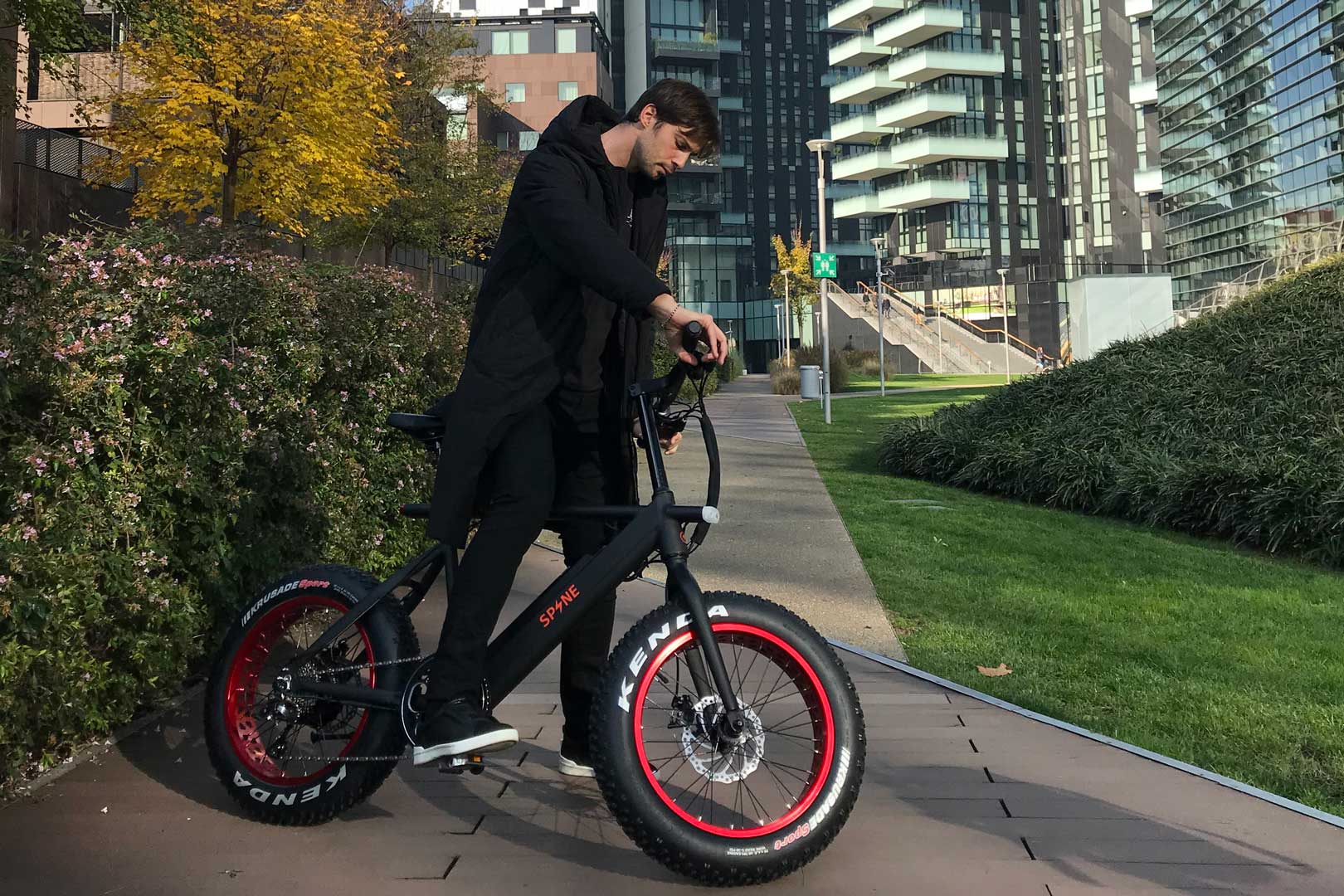 Once you have decided on the model and downloaded the SPINECOIN APP (available for both iOS and Google Play), it takes a few seconds to get used to the padlock connected to it and understand the functioning of Spine’s technological soul. In addition to the profile function and session history, on the app you will find the “Km in virtual currency” converter, the Spinecoin being the virtual currency, to be activated at the beginning of each session, and the smart lock management section, which allows lock and unlock the vehicle using an authentication code even if you are not physically close to the e-bike. In practice, you have your bike under control from your mobile phone at any time. 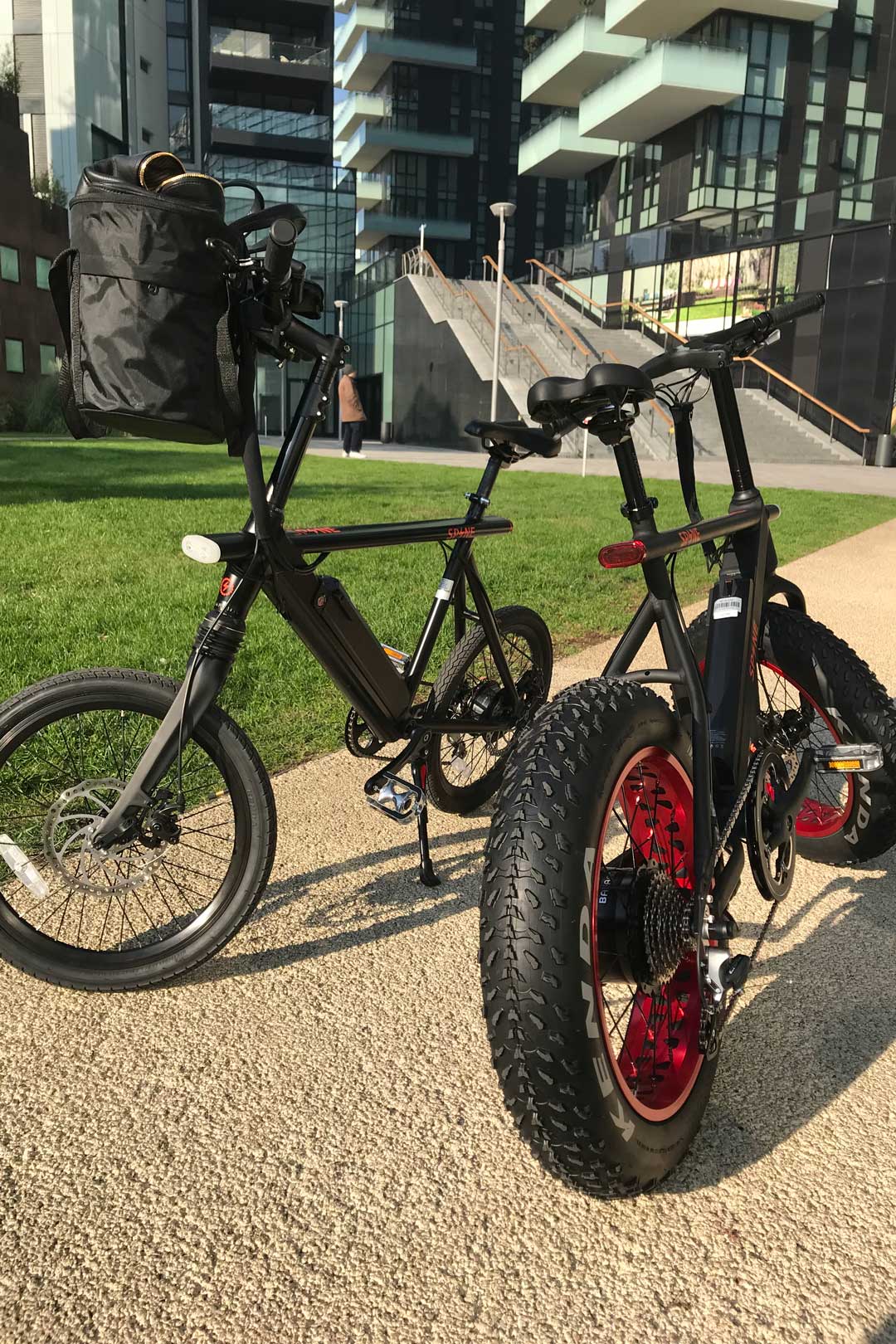 After hopping on the Fat E-Bike and activating the App, I began my SPINEXPERIENCE. La Barceloneta is ideal for those who love to impress: minimal frame combined with “fat size” wheels, which give an off-road look. The driveability is impressive, the e-bike does not sway from the ground. One thing is certain, it attracts attention. And the driving? Well the combination of light alloy frame and off-road tires is magnificent. As fast as you go, the feeling of security is total: the assisted pedaling, really powerful, encourages to accelerate without fear and is perfect in the city when you have to travel long distances without getting too tired.

I continued to run through the streets of Milan without ever wanting to stop, but unfortunately it was just a test drive and I had to bring the Barceloneta back to the store. 10km covered and 10 SC$ loaded in my wallet to spend on the promotions in the SPINEXCHANGE section of the app. Crossing the threshold, pushing the Spine, I was already totally captured. SPINEXPERIENCE causes high dependence. Am I exaggerating? If you want to find out, you just  have to do it too.

Editor’s note: This article is proudly sponsored by Spinebike and promoted by Flawless Milano. Thank you for supporting the sponsors who make Flawless Milano possible. 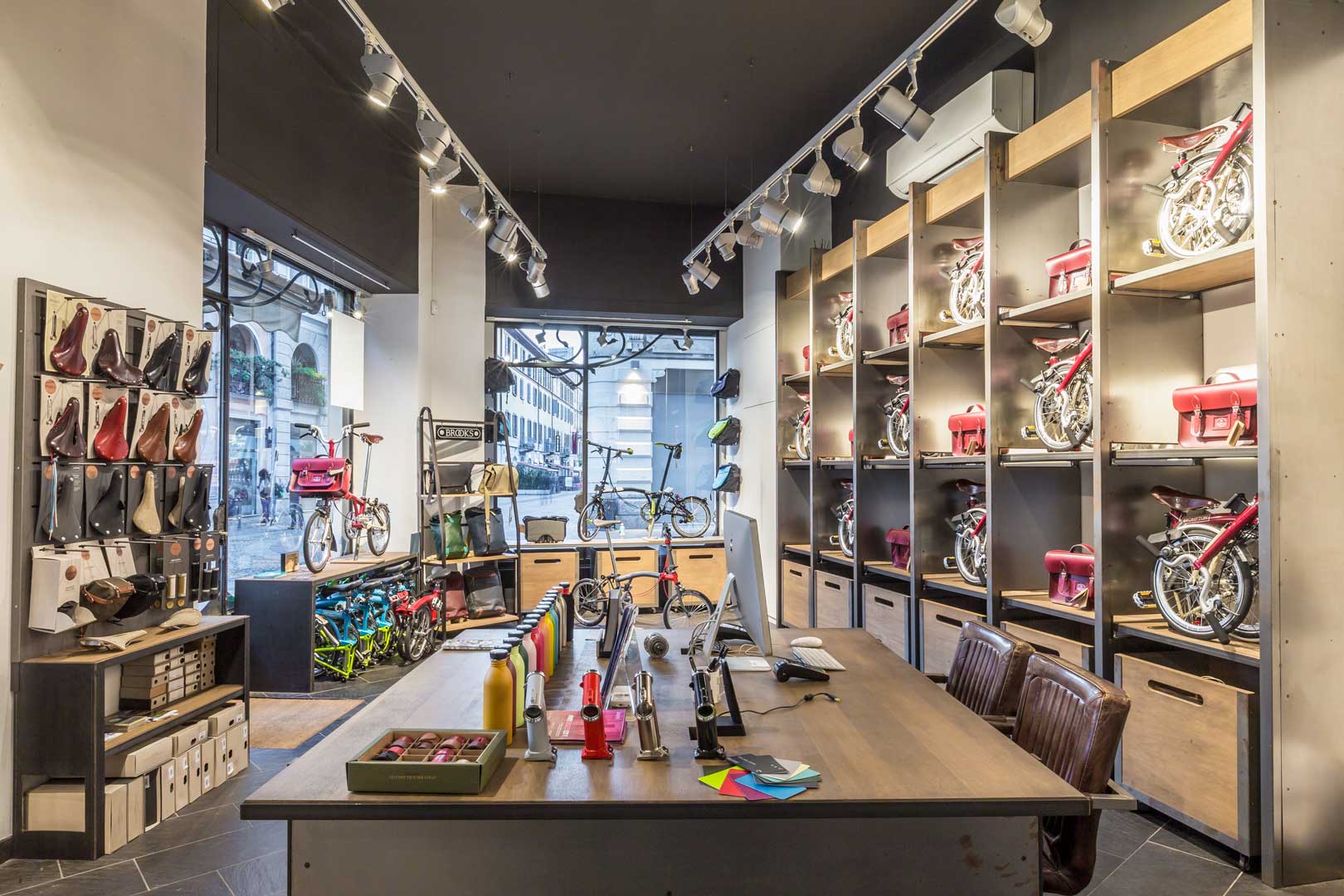 The Best Bike Shops of Milan