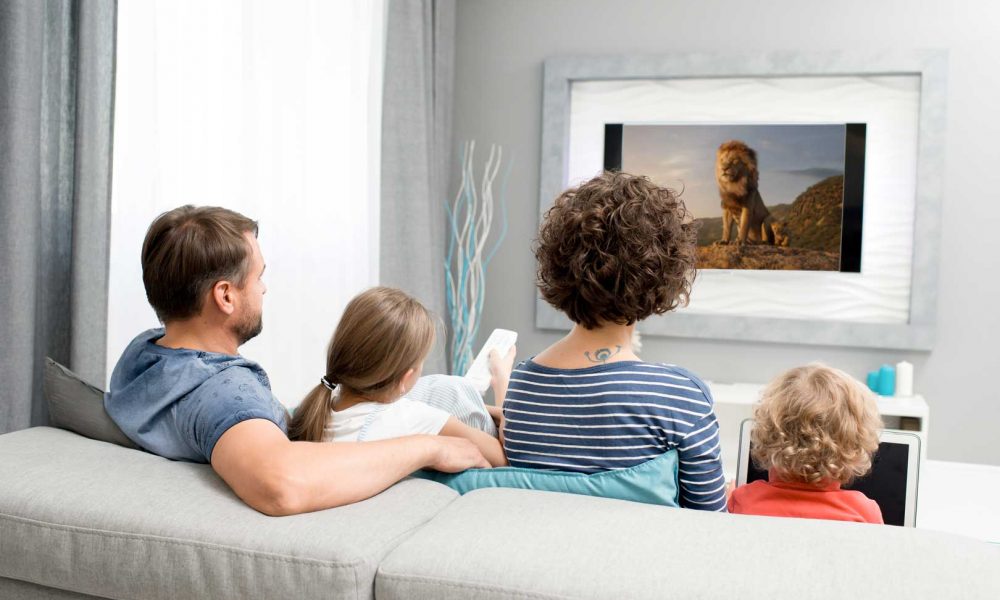 In the midst of this trying time, it can be challenging to hold onto sentiments of hope and joy. If you’re in dire need of a little pick me up, there’s no better place to turn to than Disney+. If there’s anything that Disney is known for, it’s providing millions of people with entertainment and smiles through their compelling movies and characters. Although we’re all doing what we must to slow the virus, there’s nothing we need more than the sense of human connection. Thankfully, Disney has long mastered the ability to tap into those emotions, and through their movies, you can be provided with some digital comfort. And, while you might assume at first glance that Disney+ is meant primarily for children, once you read through our guide to the platform, you’ll see that there is truly something for everyone, from sci-fi to rom coms and live-action to animation. 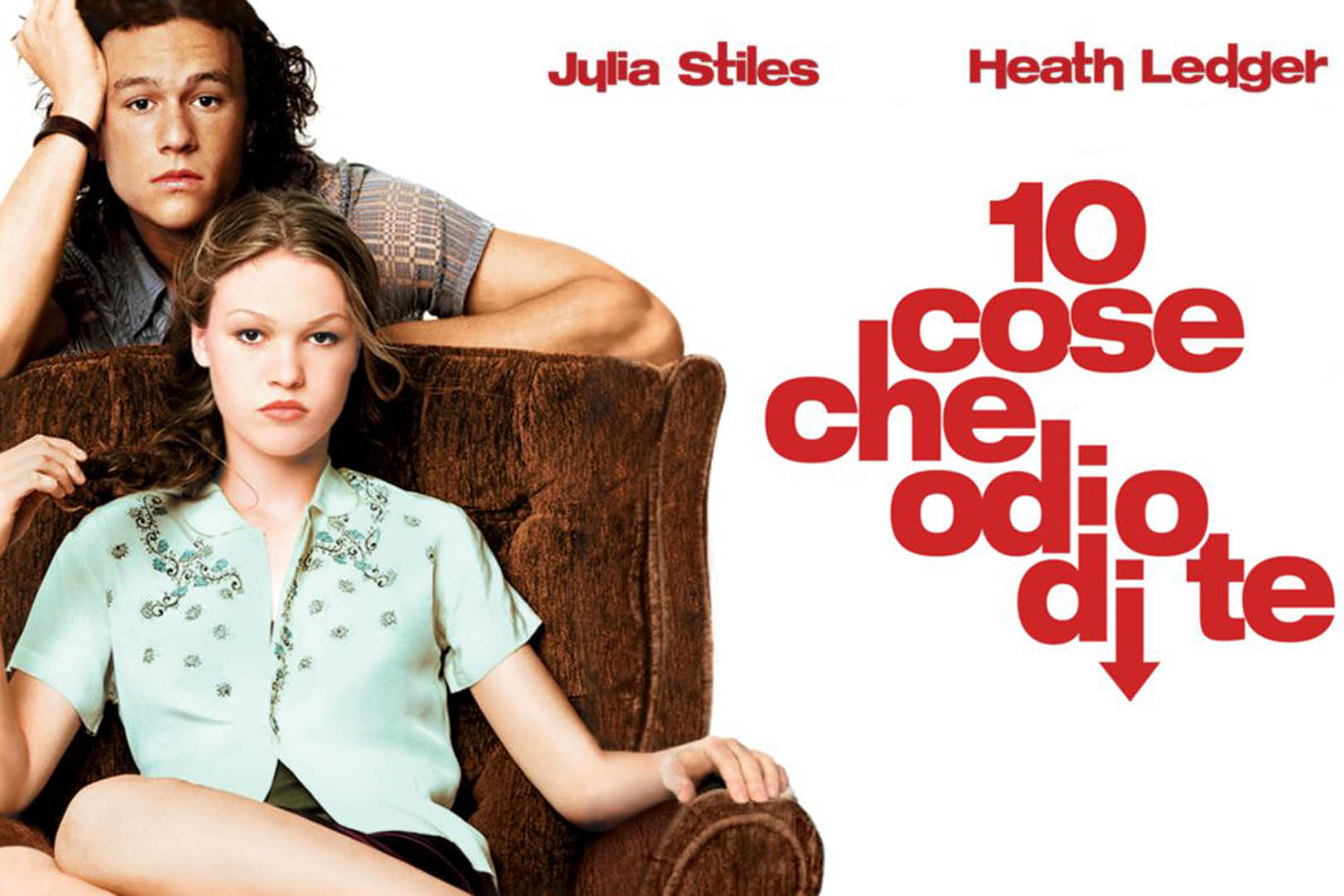 While most people wouldn’t think of this as a Disney film, “10 Things I Hate About You” is an unexpected gem in their Touchstone Pictures archive. It’s a snarky 90s retelling of Shakespeare’s “Taming of the Shrew” set in a Seattle high school, that makes for a genre defining romantic comedy. Starring Julia Stiles as the intellectual outsider Kat, who has no time or patience for boys, the plot centers around new kid Cameron’s (Joseph Gordon-Levitt) mission to date her younger sister, Bianca (Larisa Oleynik). The catch? Bianca isn’t allowed to date until her sister does, which leads to Cameron paying resident bad boy Patrick (Heath Ledger) to pretend to woo Kat. Naturally, things don’t go quite as planned, and plenty of hijinks, heartbreak, and romance ensue. The movie features great performances from Stiles and Ledger, plenty of witty dialogue, and one of the best serenade scenes of all time. 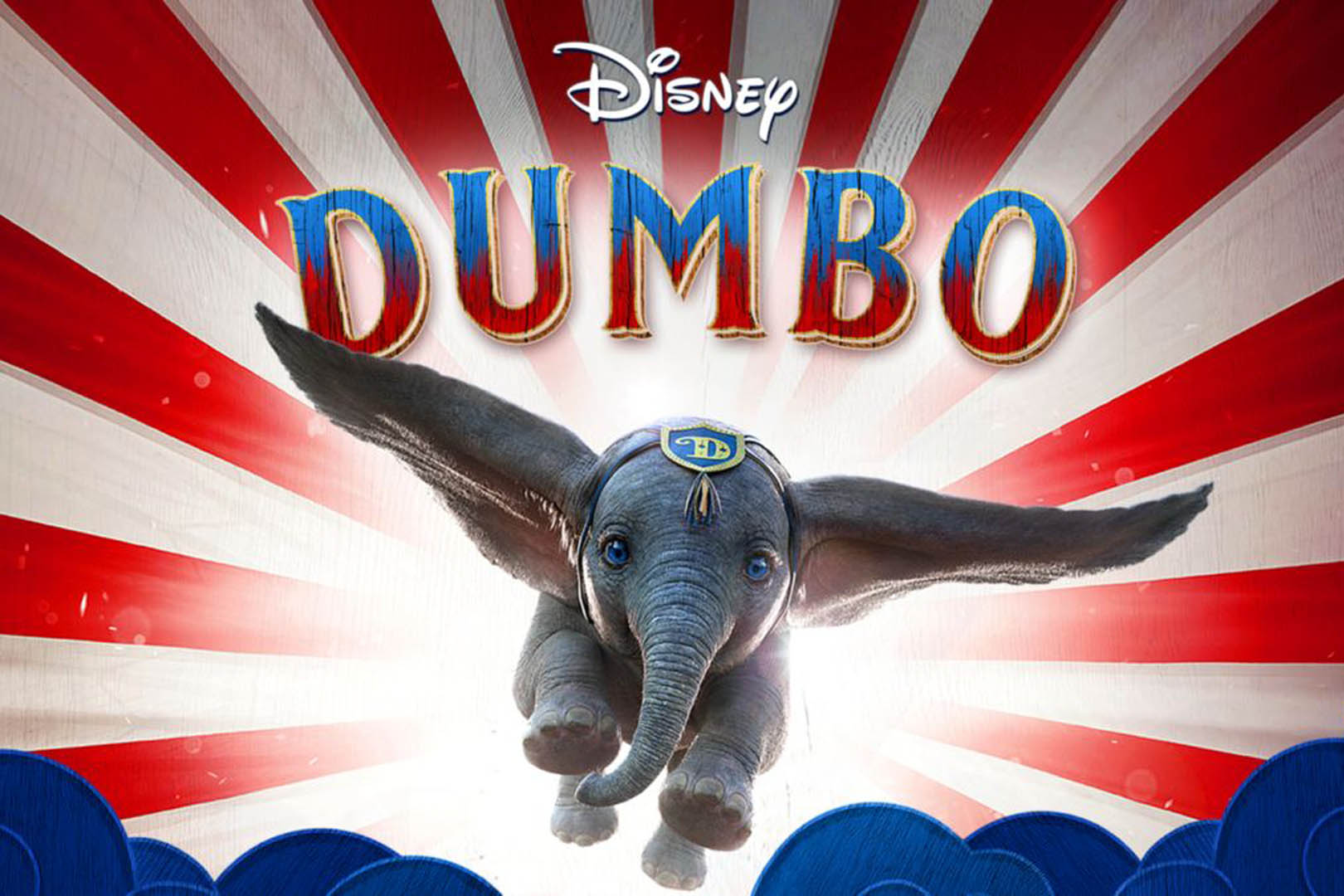 If you’re a lover of both classic Disney and highly stylized director Tim Burton, then the 2019 reimagining of “Dumbo” is for you. The movie stays true to the heartfelt core of the 1941 original, but this time the world of Dumbo has been expanded to focus more on the humans of the circus. The film stars Colin Farrell as a WWI veteran and equestrian performer tasked with caring for the circus elephants, alongside his two young children. Unlike the original, the movie finds a clear antagonist in new amusement park tycoon character Vandemere, played by Michael Keaton, which helps build upon the original plot. The film adds a dash of Burton’s signature darkness to the mix, while still holding onto its family friendly nature that made the original so beloved. Even after all this time, the new rendition of “Baby Mine” is as touching as ever. 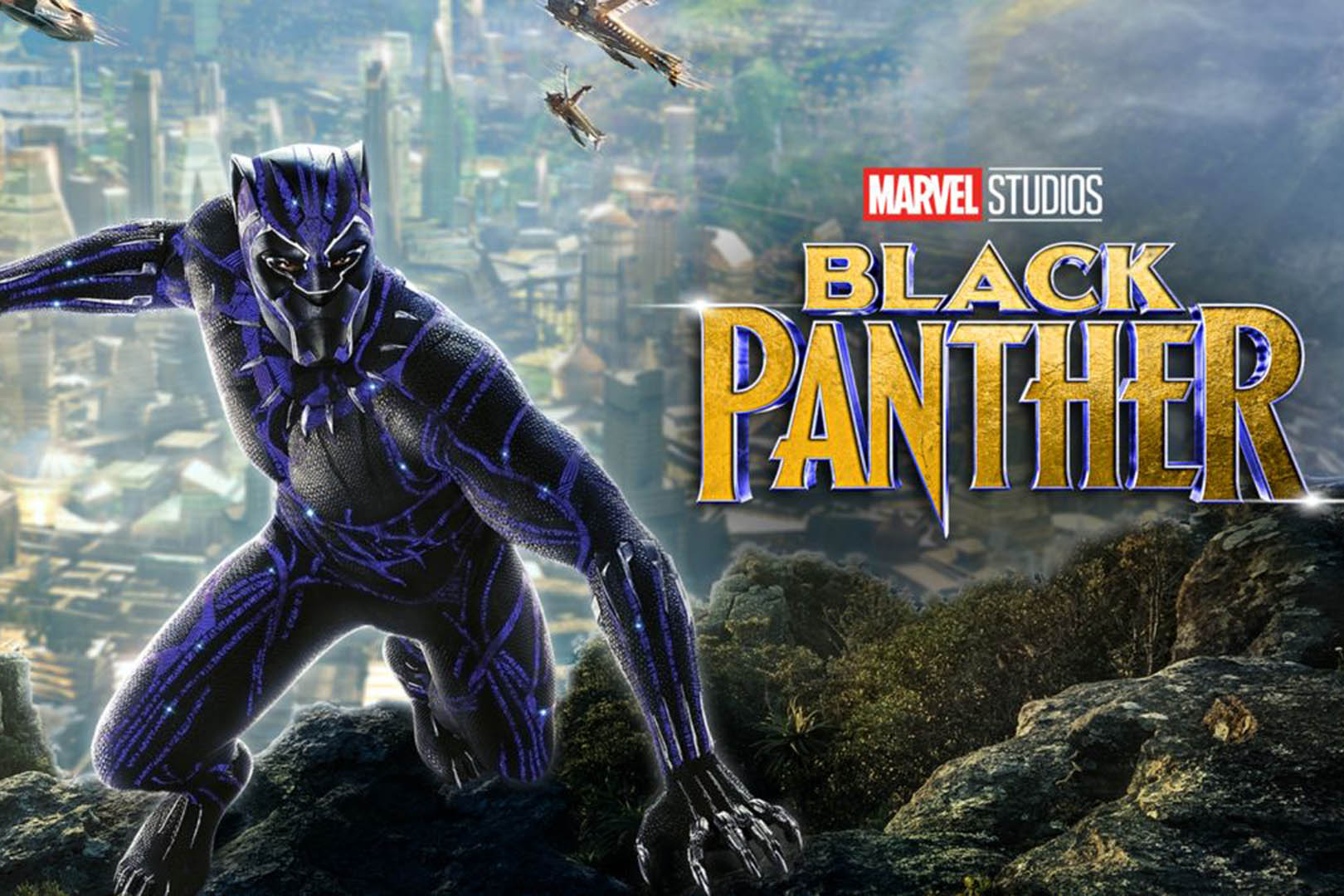 There’s no doubt that “Black Panther” irreversibly altered the way superhero movies are viewed in pop culture. There’s a reason why it became the first movie of its kind to receive a Best Picture nomination at the Academy Awards and went on to win in three other categories. Never has a comic book film so deftly tackled issues of race and national identity, and seamlessly woven it into the fabric of the Marvel Cinematic Universe. The plot focuses on T’Challa (Chadwick Boseman) as he returns to his home country of Wakanda to take over as king after the death of his father. He must use his powers as Black Panther in order to protect his increasingly divided nation. With a star-studded cast featuring the likes of Lupita Nyong’o and Michael B. Jordan, every character feels fully realized. And the carefully curated soundtrack led by Kendrick Lamar doesn’t hurt either. 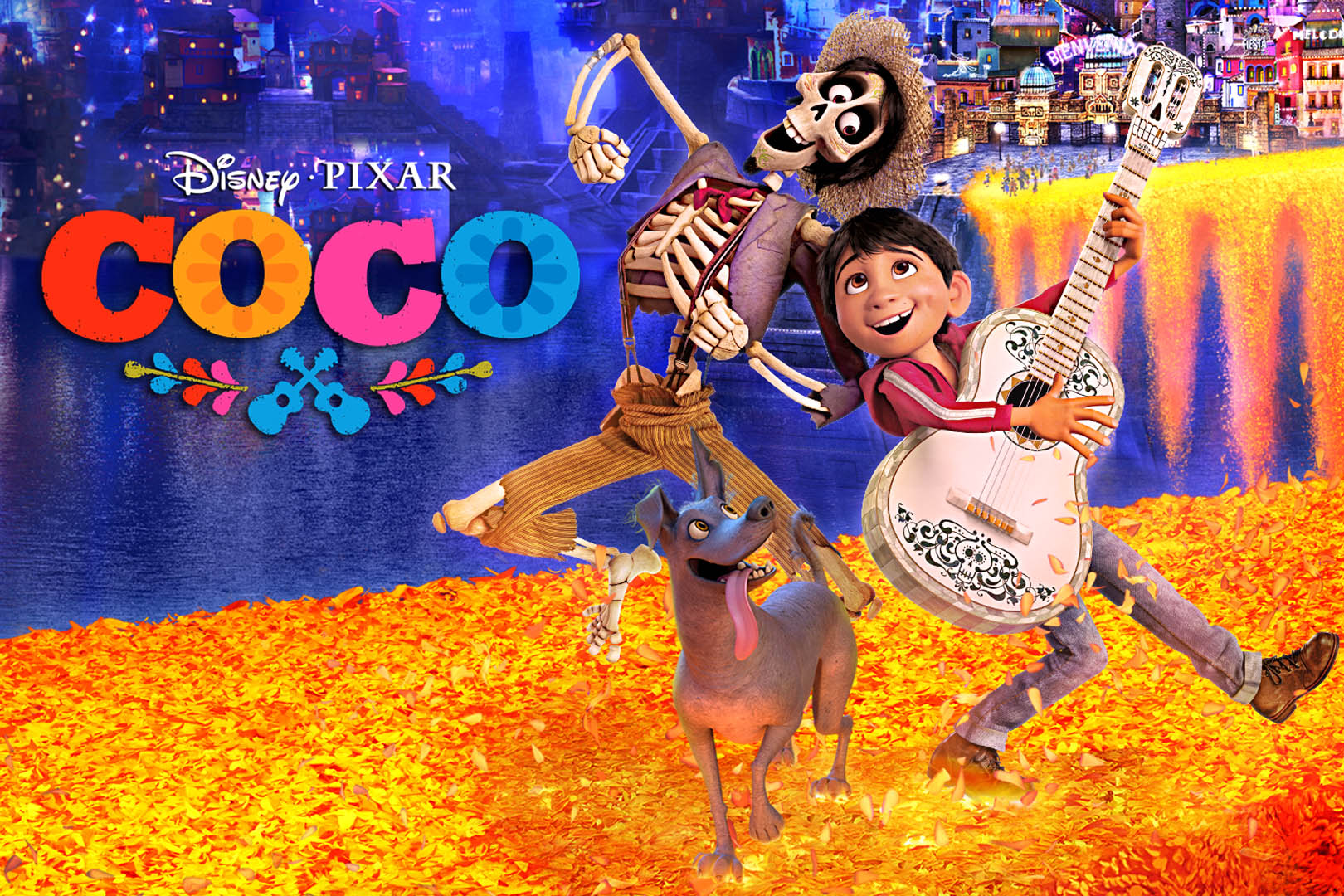 We can’t lie. Everyone loves a good sequel. There’s a reason why we anxiously awaited a fourth “Toy Story” movie and obsessed over “The Incredibles 2.” But amongst all of this, we can’t forget that Pixar is still a master of innovative, fresh storytelling. 2017’s “Coco” is a perfect reminder of this. The film features an entirely Latinx cast, and centers around twelve-year-old boy, Miguel’s journey to connect with his heritage. He longs to prove the beauty of music to his family, and spends countless hours teaching himself guitar in secret. One day, he finds himself magically transported to the Land of the Dead, a whimsical world of sugar skulls and dazzling colors, where he befriends Héctor, who offers to help him in his quest. The movie’s message focuses on the importance of family, and best be warned- you’re sure to shed a tear or two at the touching end. 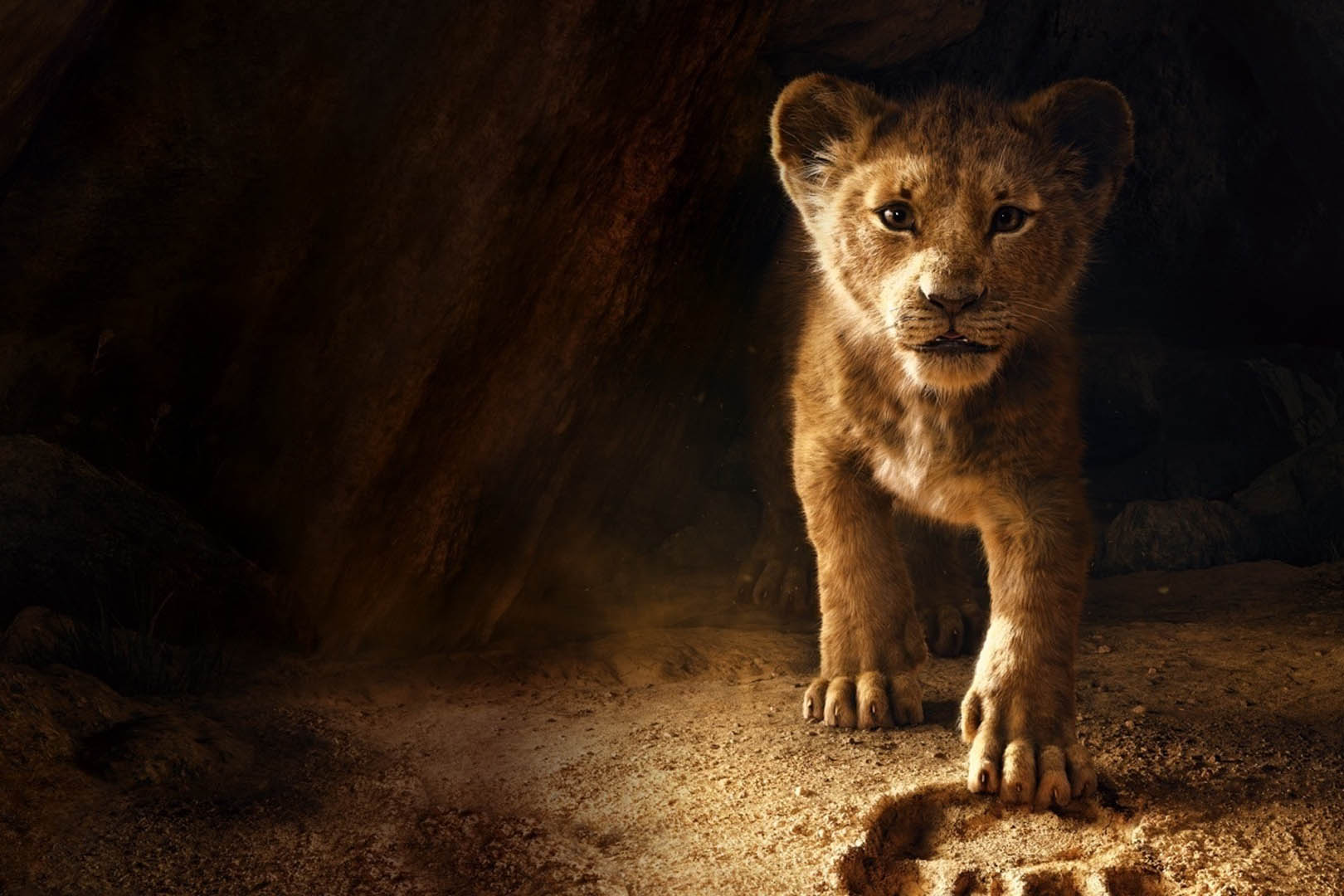 The release of the CGI “Lion King” was one of the most highly anticipated out of the current wave of Disney remakes. And it’s no wonder why. Jaws dropped at the announcement of the cast list, featuring none other than Beyoncé herself in the role of Nala, with Donald Glover (Simba), Seth Rogen (Pumbaa), James Earl Jones (Mufasa), and Billy Eichner (Timon), rounding out this iconic lineup. For those who are major fans of the 1994 original, don’t fear. The remake remains faithful to its source material, while elevating it visually through modern technology. The CGI is so realistic, there are moments where you forget that everything you’re seeing is not real, and has been painstakingly crafted. (That is, until the lions start to sing) And speaking of singing, Beyoncé contributed two new original songs to the project, which add to the enrichment of an already well-loved soundtrack. 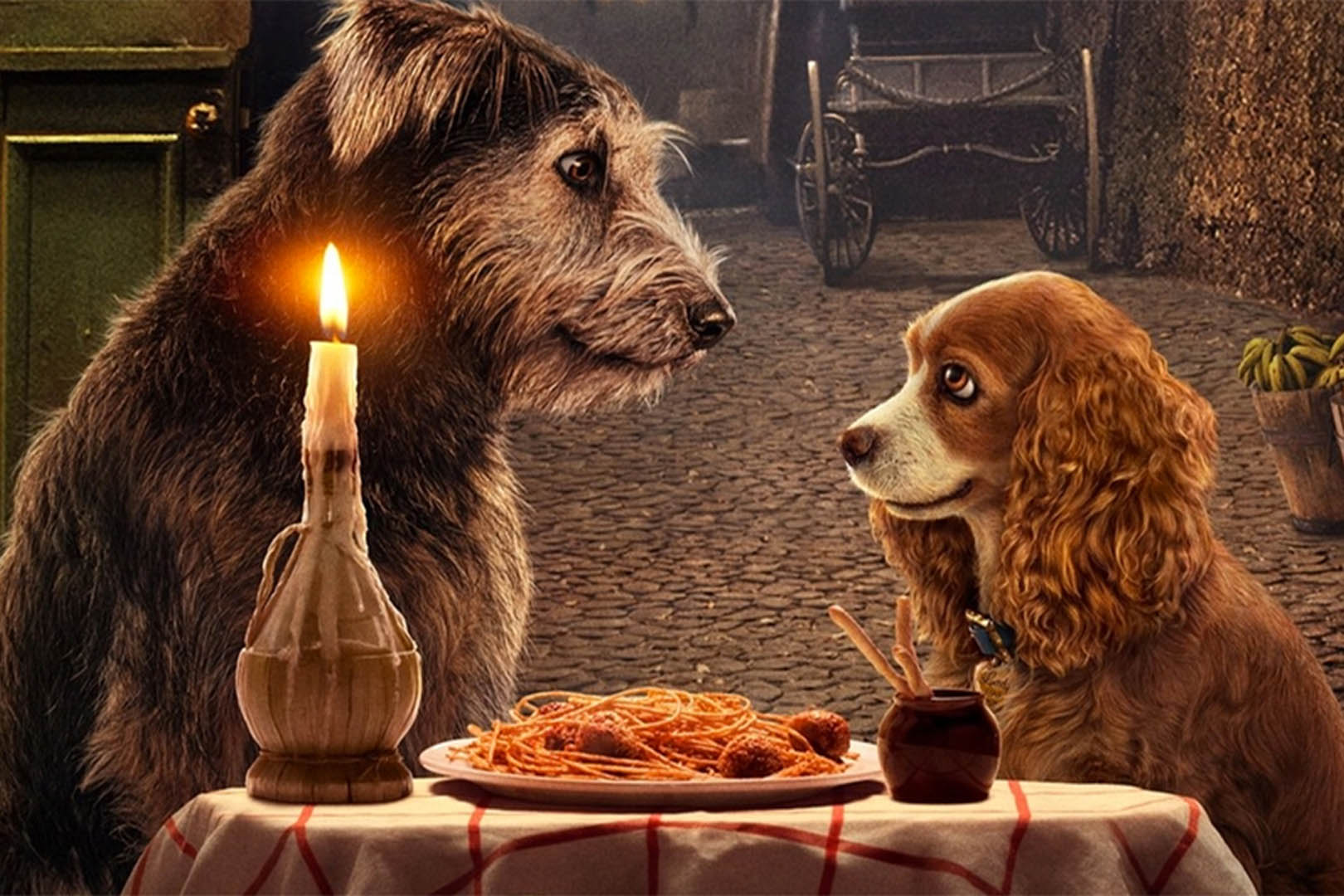 When Disney announced their new streaming platform, they also promised to roll out new content exclusive to Disney+, including a new take on the charming 50s cartoon about two star-crossed lovers who just so happen to be dogs. And unlike the rest of Disney’s live-action remakes, “Lady and the Tramp” uses real dogs rather than CGI versions, which only adds to the overall cute factor of the film. Justin Theroux and Tessa Thompson star as the titular roles, while Sam Elliot and Janelle Monáe play fellow doggy counterparts, with Monáe giving an enticing rendition of arguably the movie’s best song, “He’s a Tramp.” It’s a sweet and simple film that is sure to lift your spirits, as you step into a canine’s world for an hour and 40 minutes. It’s a must for any dog lovers, and seeing real animals recreate that iconic meatball scene is the cherry on top. 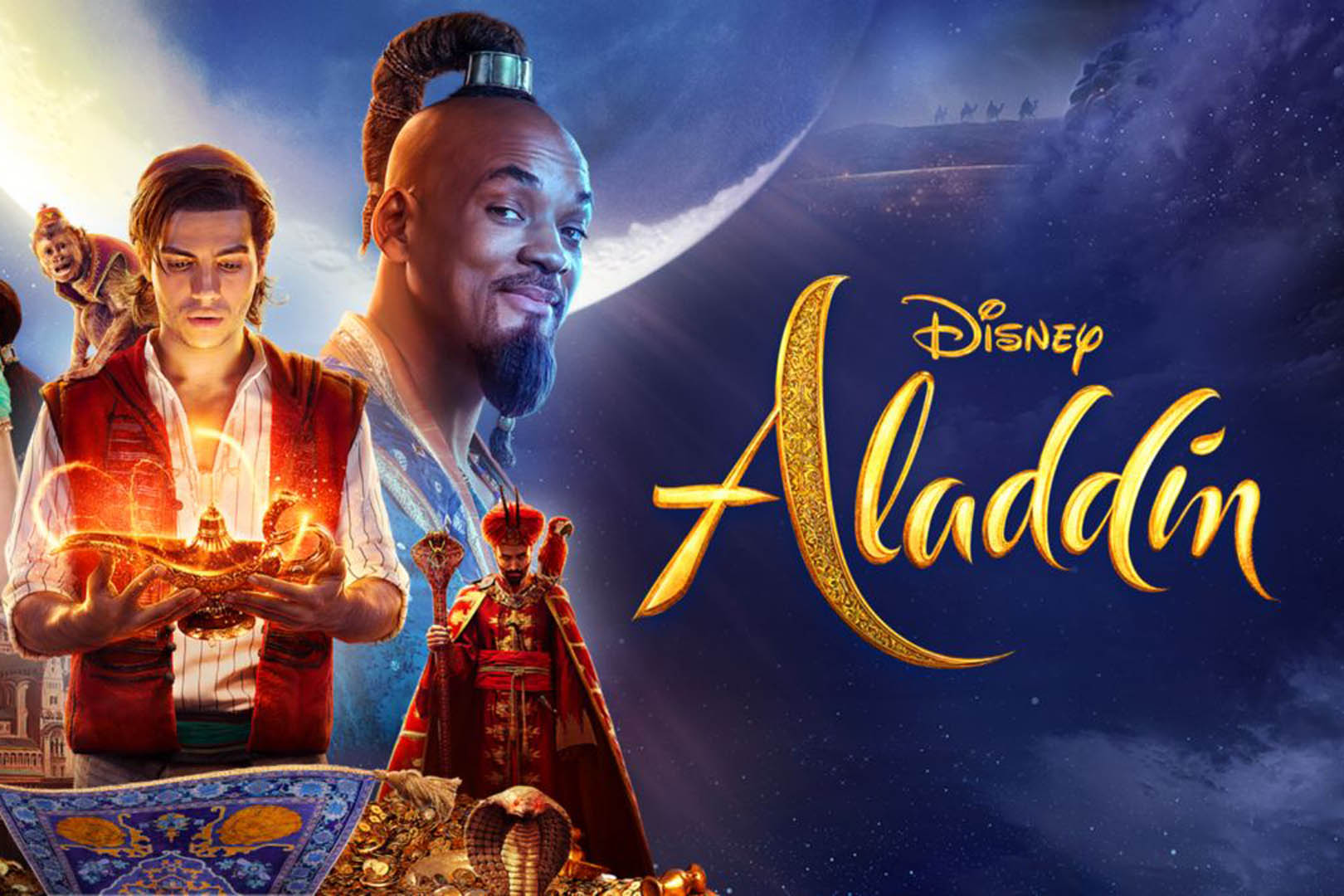 If you’re in for an adventure, and a magic carpet ride to boot, be sure to check out the live-action “Aladdin.” The same story structure you know and love is all there. Aladdin (Mena Massoud) is an orphan living on the streets who falls in love with a princess (Naomi Scott) and intends to do everything he can to win her over with the help of a magic lamp that holds a Genie ready to grant him three wishes. The iconic role of Genie was undoubtedly a hard one to fill after Robin William’s unforgettable performance in the original, but Will Smith makes the material wholly his own. The movie really succeeds by focusing much more on Princess Jasmine, infusing an important message about female equality into the movie, including a great new addition to the soundtrack, Speechless. The movie honors the original, while modernizing the morals behind it. 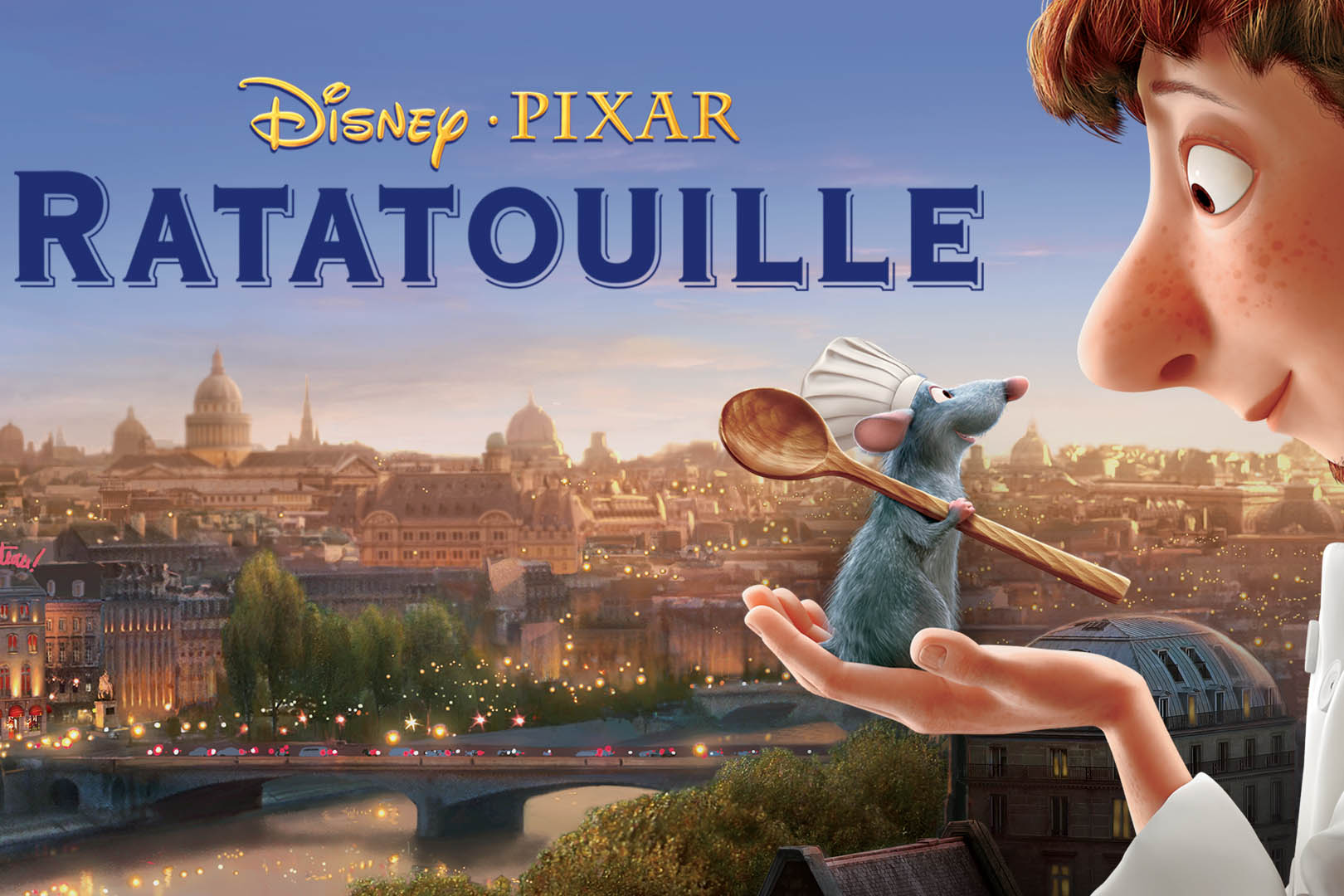 This is a movie that is sure to make any self-proclaimed food connoisseur rejoice. Undeniably one of Pixar’s best, “Ratatouille” follows the journey of Remy (Patton Oswalt), a little rat with big dreams of becoming an acclaimed chef. In spite of the discouragement from his family, who only view food as necessity rather than art, he travels to Paris where he befriends a young restaurant employee and begins secretly cooking for the restaurant with his help. It’s a quirky tongue in cheek romp that is never lacking in soul and emotional depth. The tasting scene is both universally felt and visually stunning, in a true feat of animation. And the movie’s crux is sure to touch you emotionally, as it reminds you of the power of food, and how it is capable of transporting us back to some our most cherished memories in the matter of a single bite. 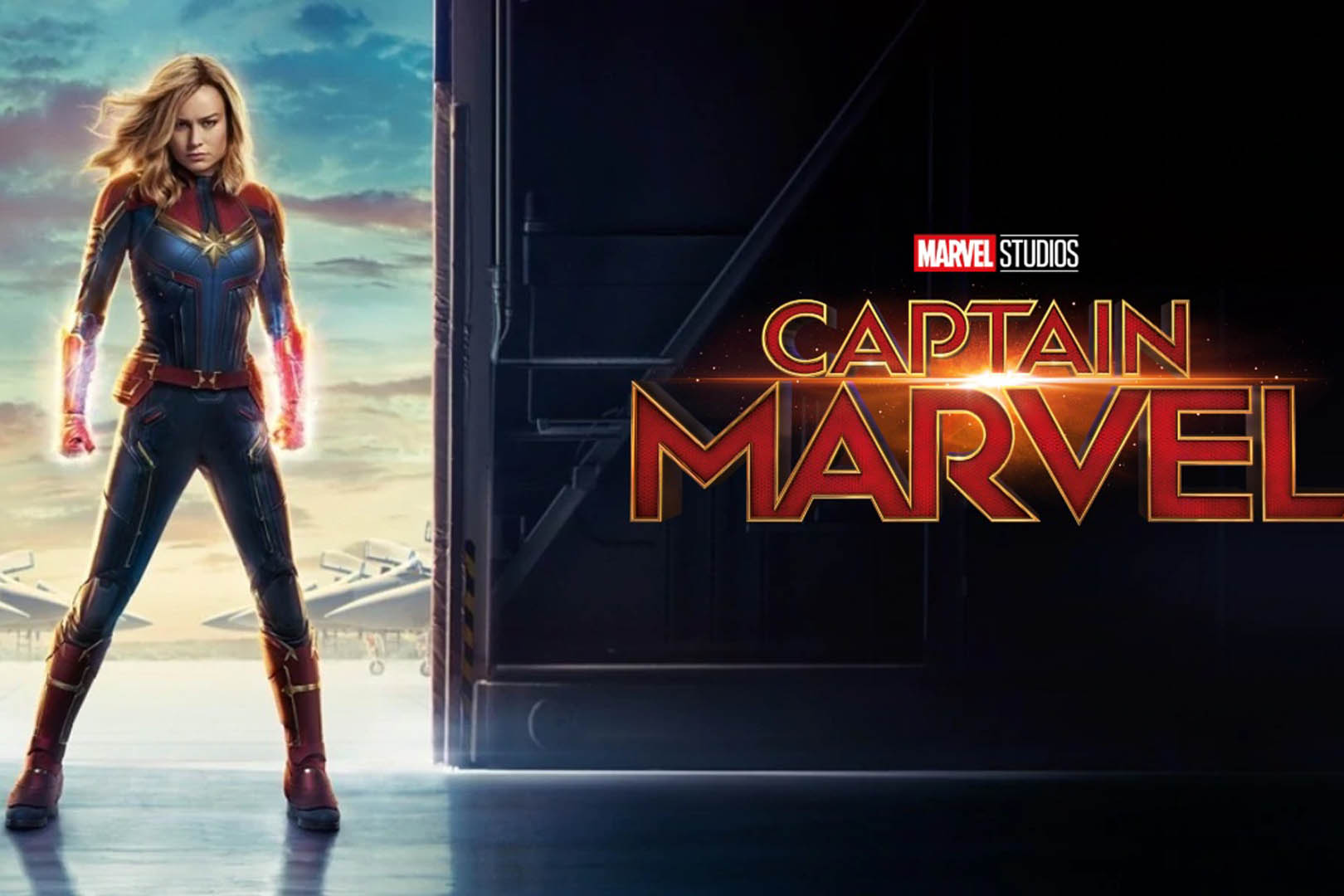 Much like how “Black Panther” was groundbreaking in its racial representation, “Captain Marvel” is groundbreaking in its portrayal and treatment of female characters. This superhero film set in the 90s follows Carol Danvers, Captain Marvel, (Brie Larson) as she uses her unique superpowers to put an end to an alien war that the US is caught up in. That the MCU’s most powerful hero is a woman is not to be taken lightly. As half-human, half-alien, Danvers grew up being taught that her powers were something that needed to be tamed, rather than unleashed. This makes watching her character realize her own potential even more resonant, especially in the context of a male defined genre. The girl power 90s soundtrack is the perfect backdrop. Larson does more than step up to the plate in her role, and she showcases exactly why women deserve their spot in the comic book canon. 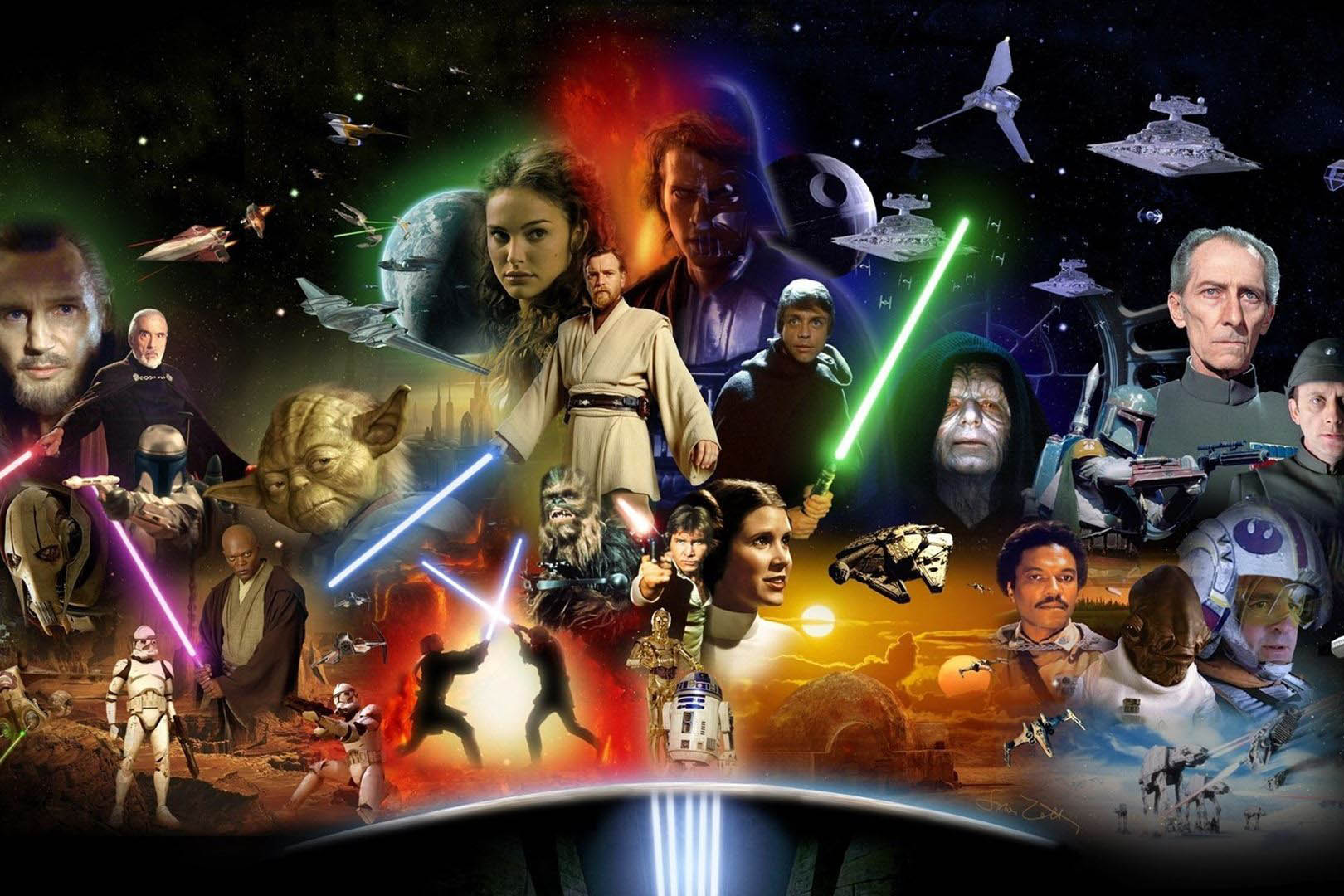 Whether you’re a diehard fan of the franchise or have been waiting for the right moment to dive headfirst into the series, there’s never been a better time to devote yourself to working your way through these iconic movies. With daily life at a standstill, you might as well make use of your time by either reacquainting yourself with or catching up with this cultural touchstone. Every film in the Skywalker saga has been nominated for Academy Awards, which is a testament to their acclaim. Prepare to be enveloped by this wonderfully fleshed out sci-fi world and its captivating lore. Spanning three separate and equally entertaining eras, any fan of space, aliens, or complex dramatic narratives is sure to quickly become addicted to George Lucas’ empire. And luckily for you, Disney+ has it all ready and waiting for you to binge.