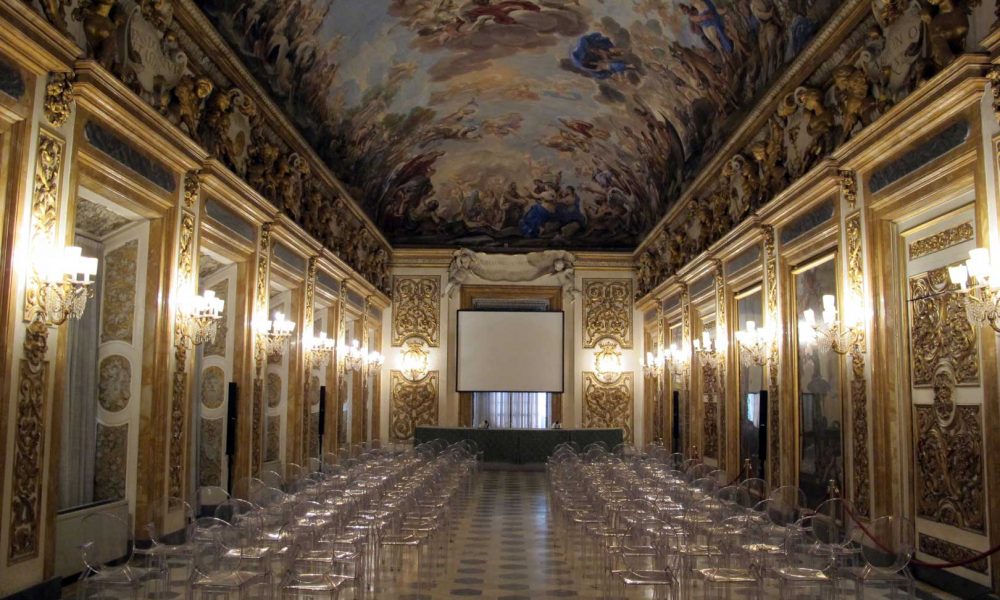 Legend has it that the palace had initially been commissioned to Brunelleschi, the architect of the Duomo, but the project was too opulent and monumental so Cosimo di Giovanni de ‘Medici called the Elder, not to arouse the envy of the Florentines, folded over Michelozzo, artist equally deserving but no doubt more prone to sobriety.

Built between 1444 and 1462, the palace, located at the intersection of Via Cavour (formerly Via Larga) and Via de ‘Gori was the first official residence of the Medici. The prestigious location, close to the churches of San Marco and San Lorenzo, churches protected by the family and the Duomo, earned the area the name of “Medici quarter“. The result of Michelozzo’s work is a cubic, austere and imposing building decorated externally by the famous ashlar walls and developed around a central courtyard with a classical decoration. It became the prototype of the Florentine Renaissance palaces so much that Palazzo Strozzi was designed emulating its features completely. 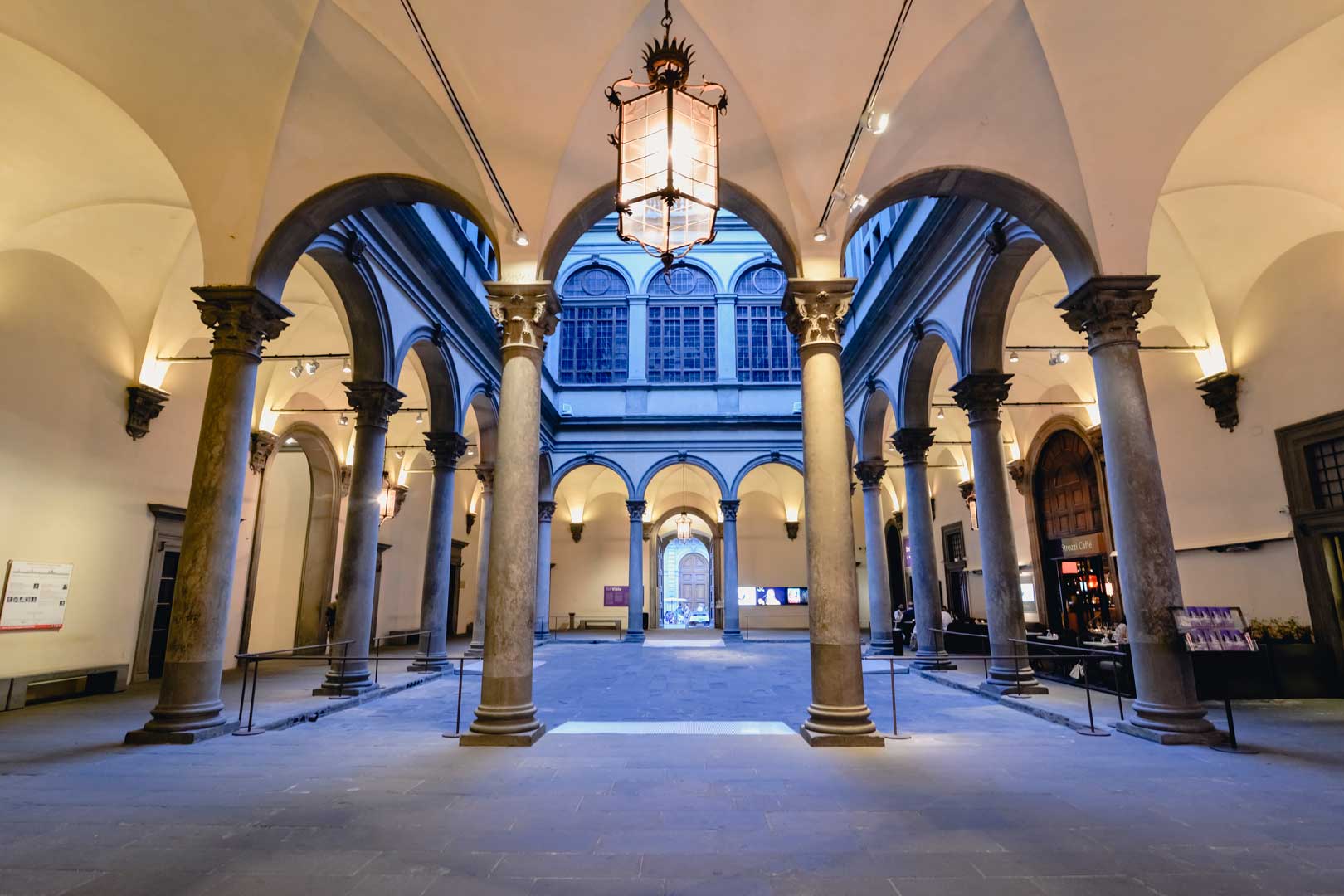 In the 15th century, the palace housed some of the most precious pieces of the Medici collection: the David di Donatello, on display in the courtyard, the Battle of San Romano by Paolo Uccello various works by Ghirlandaio, Pollaiolo, Botticelli and Verrocchio and classical sculptures adorned the park on the north side. In the ‘500, however, many of the works in the collection changed location. Cosimo I, in fact, moved to Palazzo Vecchio and the historic family home was destined for the cadet branches of the dynasty.

In the second half of the seventeenth century the palace passed into the hands of the Riccardi, a family of bankers. Ferdinand II, now established in Palazzo Pitti, sold it willingly for forty thousand scudi to the marquises who lived there for about two centuries. The new owners, while maintaining the external style, doubled the size of the building and modified the interior with some rooms of extraordinary beauty and opulence, emblems of the apex of the Florentine baroque: the magnificent Galleria degli Specchi with the great vault painted by Luca Giordano, the Biblioteca Riccardiana, home to precious family book collections, and the Prefect Room, currently closed to the public. 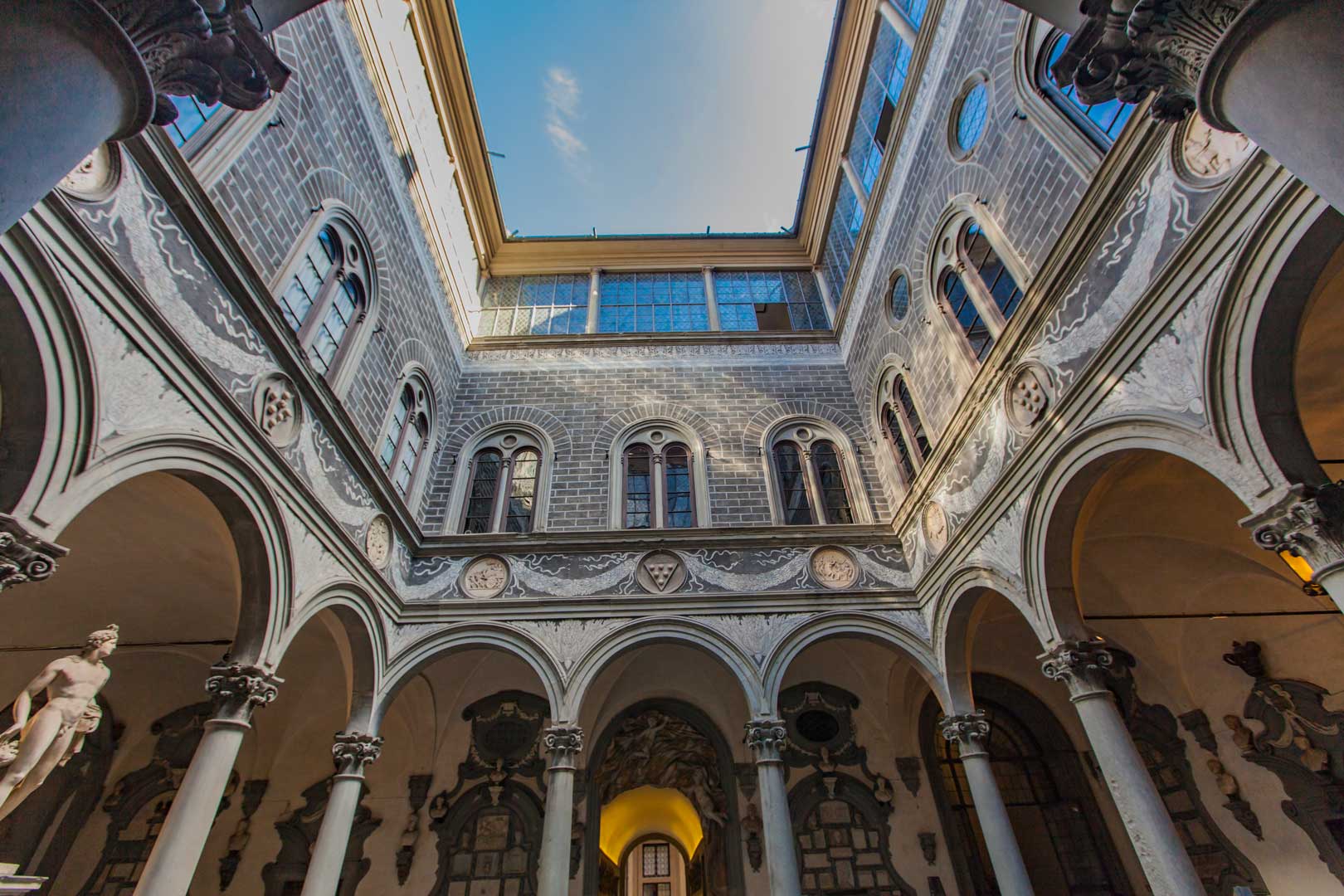 In 19th century the Riccardi, in economic ruin, ceded to the grand-ducal government the palace, which then passed for a short period in the hands of the Italian State and therefore from 1874 to the Province of Florence and the prefecture, the current owners. Since 2000, the building, in addition to hosting the seat of the prefecture and the metropolitan city of Florence, often hosts important exhibitions and is a visitable site, including the private chapel of the Medici headquarters of the famous cycle of frescoes La Cappella dei Magi, a masterpiece of Benozzo Gozzoli, student of Beato Angelico.

Visiting Palazzo Medici Riccardi, a melting pot of the Florentine Renaissance, is an effective way to relive, in an abstract journey through time, more than four centuries of art, collecting and architecture.

Map
Via Camillo Cavour, 3
50129 Firenze
Opening Hours
You may be also interested in...