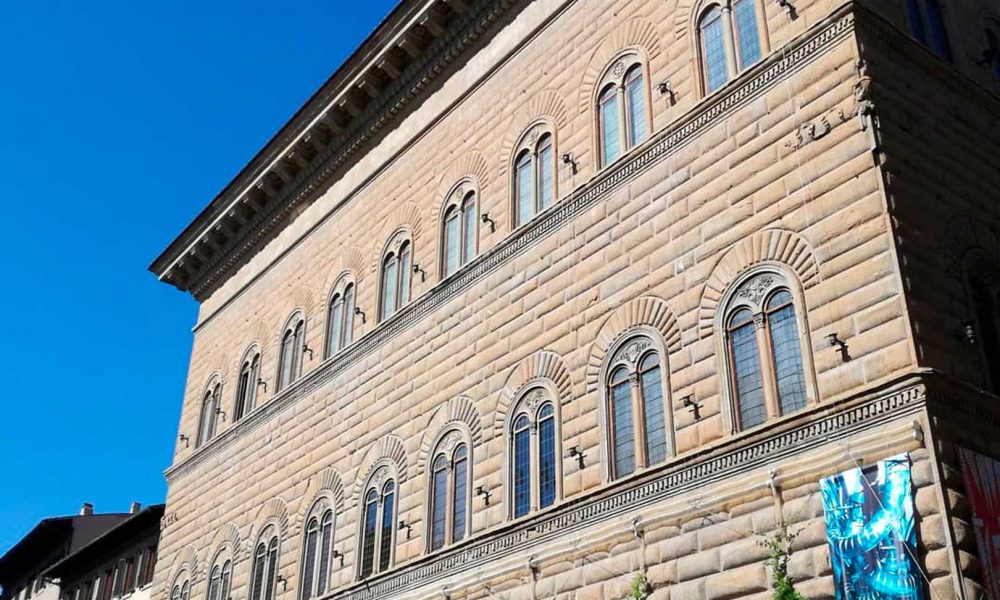 The perfect lord's dwelling of the Renaissance period

In Via degli Strozzi, walking through the boutiques of prestigious fashion brands, stands out an imposing and austere building. Built at the behest of Filippo Strozzi, a wealthy merchant belonging to a family in constant conflict with the Medici dynasty, it is one of the masterpieces of Florentine private architecture of the Renaissance. It was built, in fact, emulating the cubic form, the exterior decoration and the courtyard of Palazzo Medici, but significantly increasing the size as an obvious affront to rivals.

Filippo Strozzi, obsessed with the will to excel on political enemies, had to knock down fifteen surrounding buildings to create as much space as possible and to spend huge sums of money to ensure that the magnificence of the building surpassed that of the other Florentine buildings. Both Benedetto da Maiano, for Vasari, the architect of the building project as well as Lorenzo il Magnifico’s favorite designer, and Giuliano da Sangallo presented models for the construction. The works started in 1489 and were then completed by Simone del Pollaiolo, baptized “il Cronaca”. The fidelity with which the canons of the 15th century architecture were meticulously respected in the realization of the façade (symmetry, linearity, materials) make it an example of a perfect stately home of the period and a fortress in the center of the city. 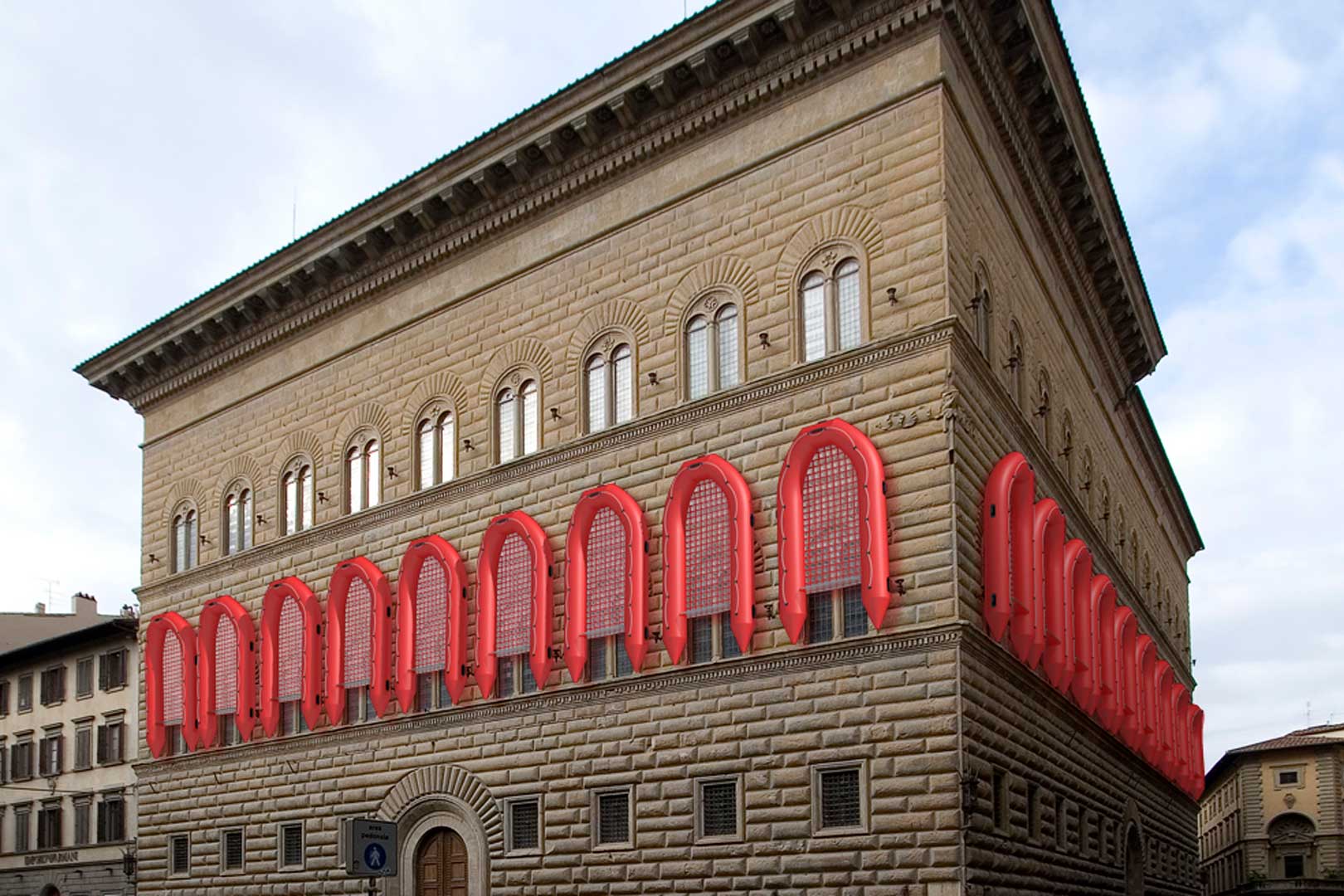 Until 1907, the year when the last Strozzi died without heirs, the palace remained in the hands of the family and, therefore, in 1937 it was bought by the National Institute of Insurance, restored and finally sold to the State in 1999. Today the three floors of the building house the headquarters of four important institutes: the GP Vieusseux Cabinet born from the work of the literary and scientific association, the National Institute of Renaissance Studies, the Institute of Human and Social Sciences and the Palazzo Strozzi Foundation, established with the intention of establishing a public-private foundation that manages and enhances the common spaces of Palazzo Strozzi. 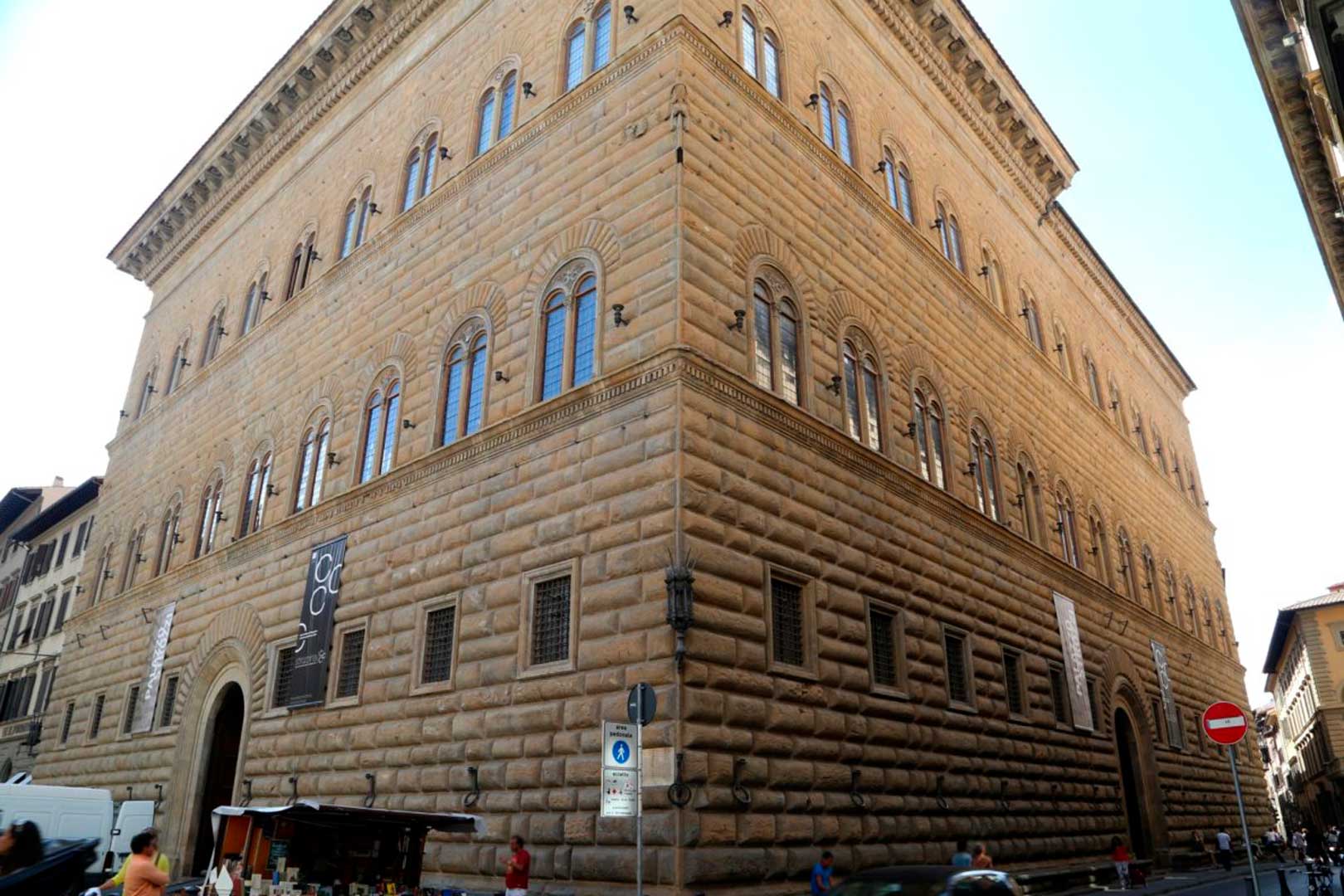 The inner courtyard of the building moreover is perfect for a break at the Strozzi Caffè- Colle Bereto Winery, a bistro with a contemporary design immersed in the Renaissance and exclusive setting of Palazzo Strozzi.

Map
Piazza degli Strozzi
50123 Firenze
Opening Hours
You may be also interested in...