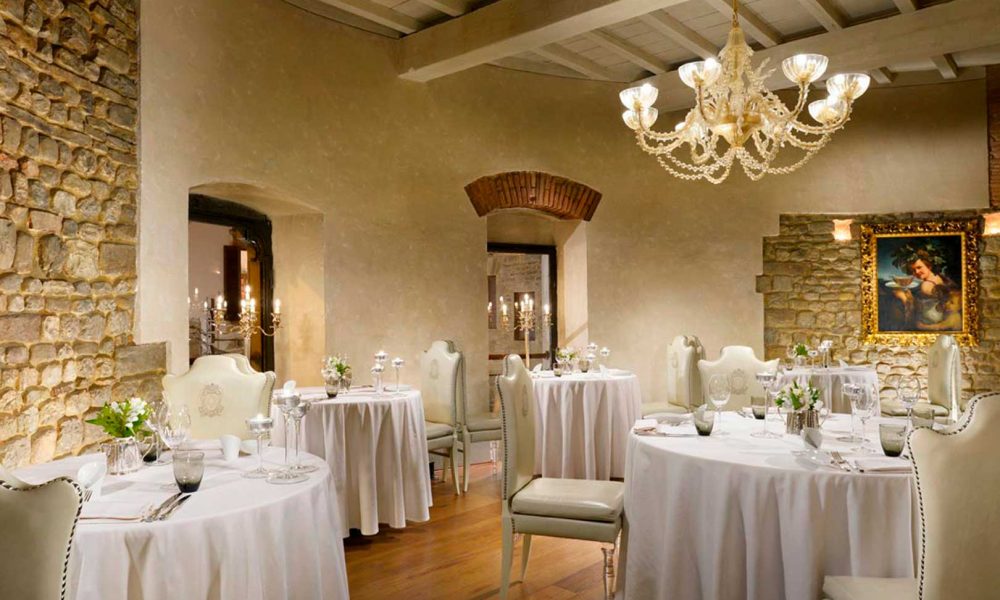 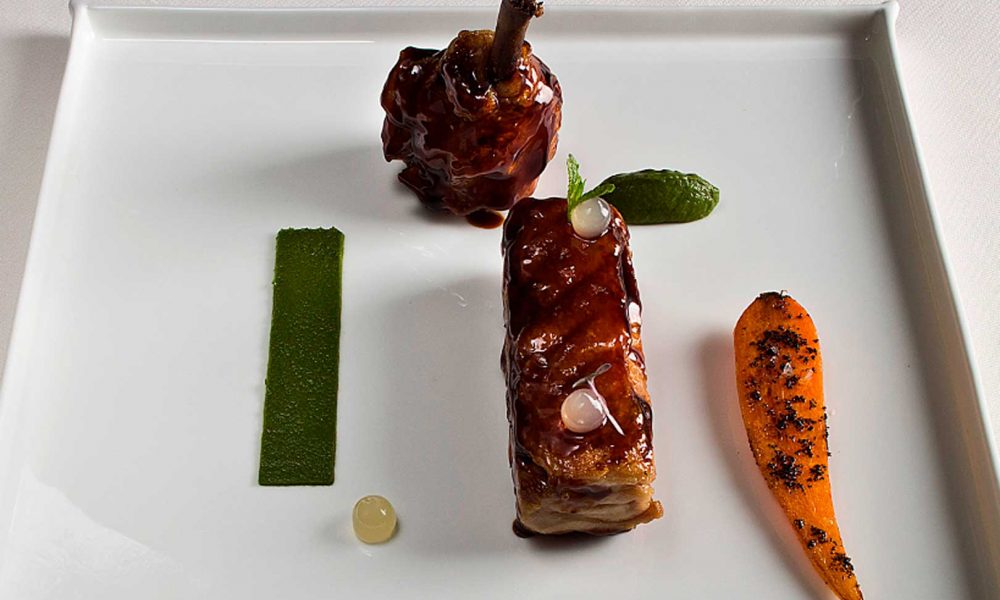 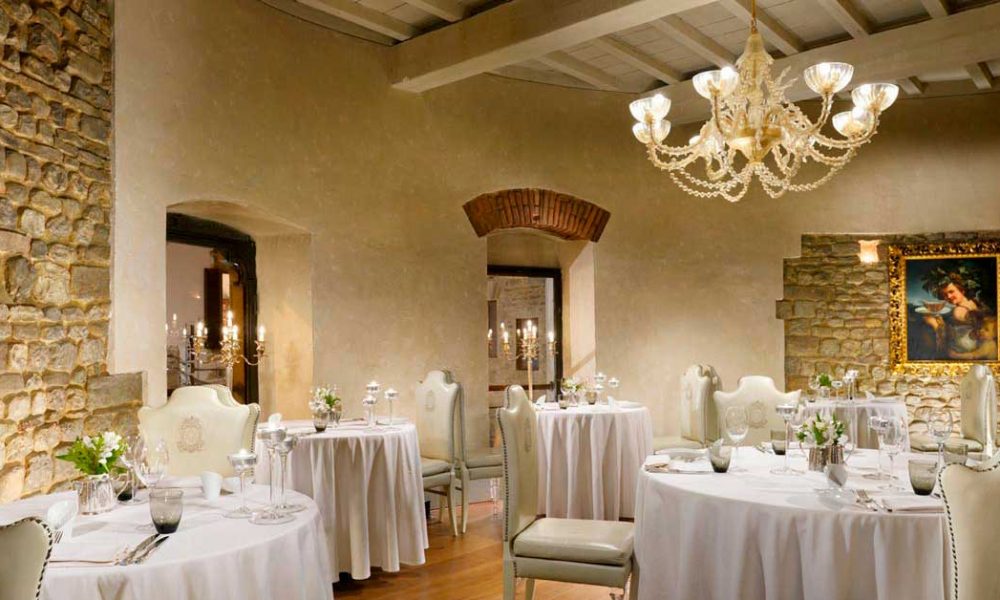 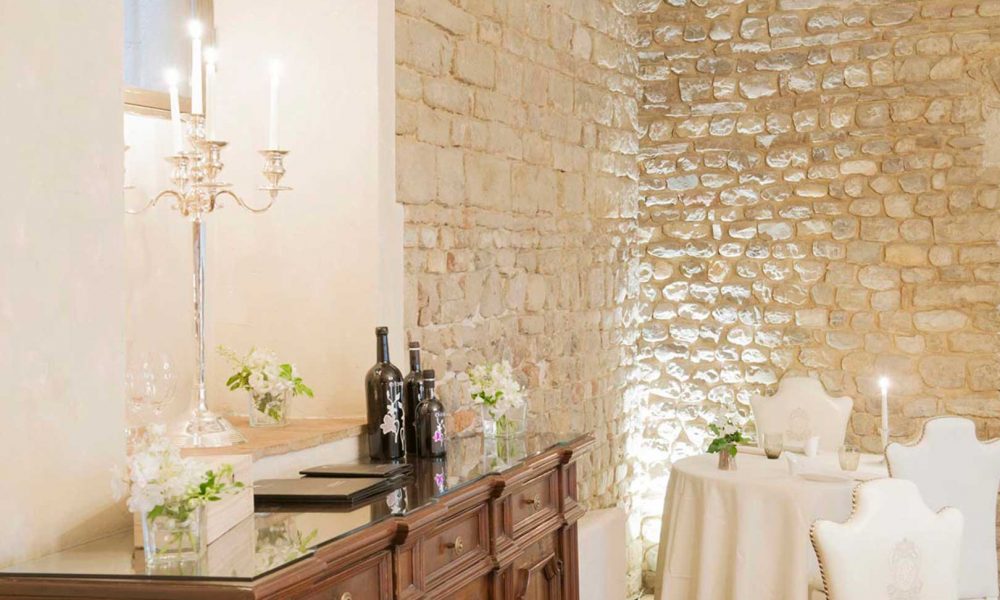 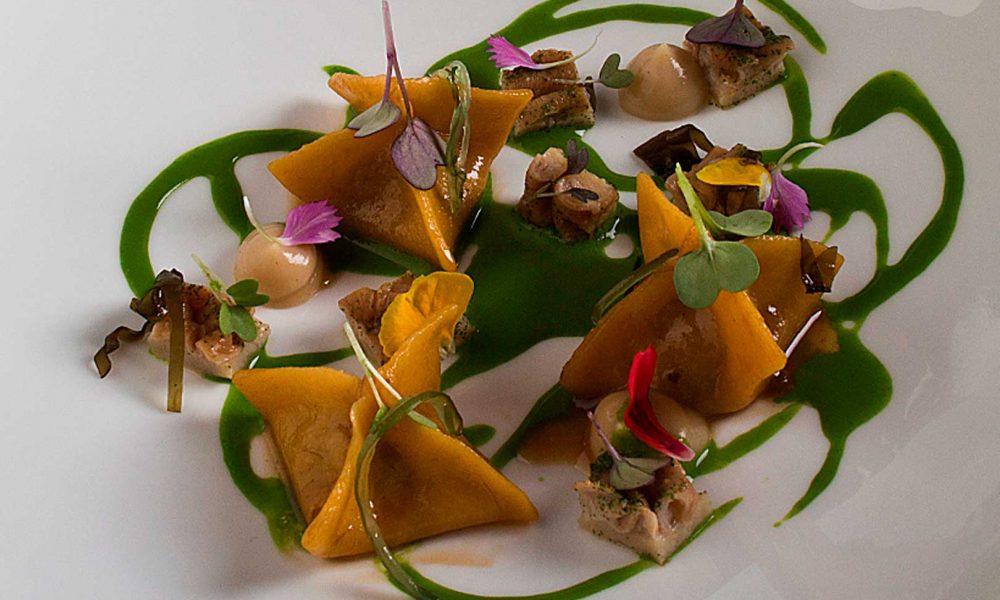 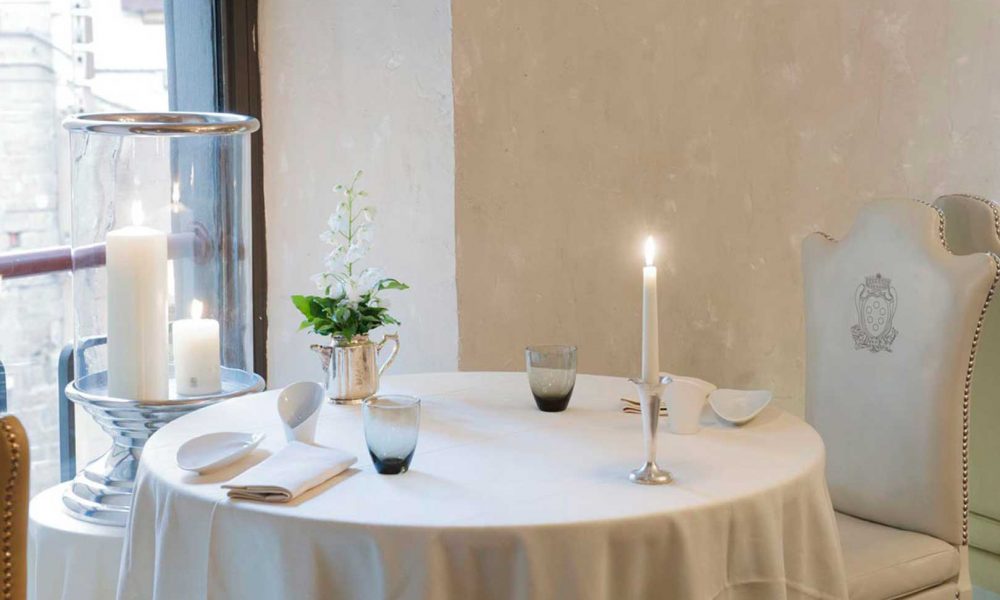 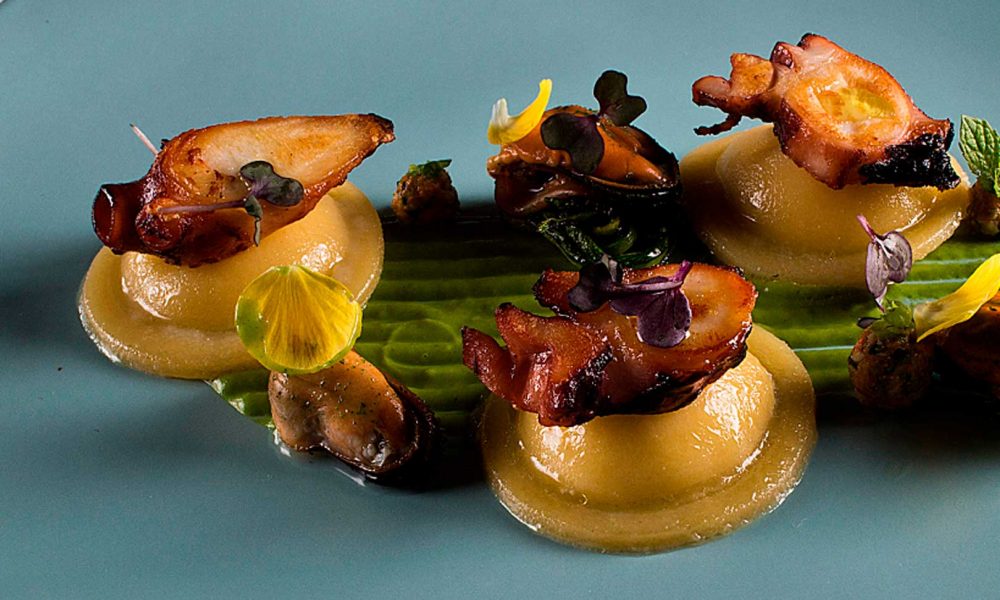 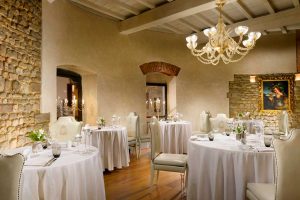 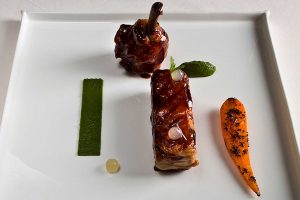 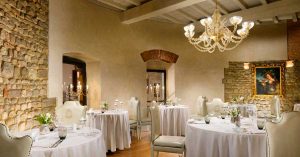 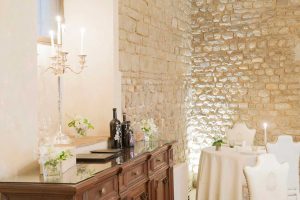 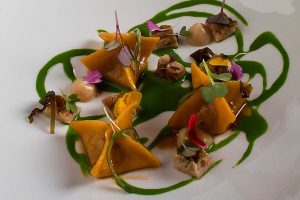 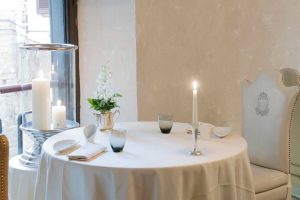 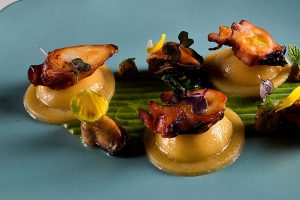 An exclusive experience that will delight you

Between the narrow medieval streets of the historic center of Florence stands an ancient tower. In the times of the ancient Romans in its place there was a calidarium, that is a thermal structure, the only one that is known from this side of the city. Centuries later, the Byzantines built the tower which then, during the Middle Ages, became a female prison, where the inmates slept on straw beds, giving the building the name “Torre della Pagliazza”. Today, restored, the tower is used for certainly more pleasant purposes. It has indeed become a luxury restaurant, which the whole of Florence should discover: the Santa Elisabetta restaurant.

With just seven tables, this restaurant promises a truly unique dining experience in the Florentine restaurant scene. First of all for its beautiful location: a small circular hall with stone walls, decorated, as well as by the tables, by a few furniture and mirrors and paintings, overlooking the square in front of the tower. The restaurant is part of the elegant Hotel Brunelleschi and shares its high standards of service and elegance. Eating here you will really feel part of a rare experience, reserved only for the lucky few.

The restricted number of seats not only improves your stay at the restaurant, making you avoid situations of noise and overcrowding, but allows the team of St. Elizabeth, and primarily chef Rocco de Santis, to treat each dish as if it were a jewel, with all the artisanal attention to detail needed to give guests that ecstasy that is sought by those who want to experience the best of Florentine foods and wines. 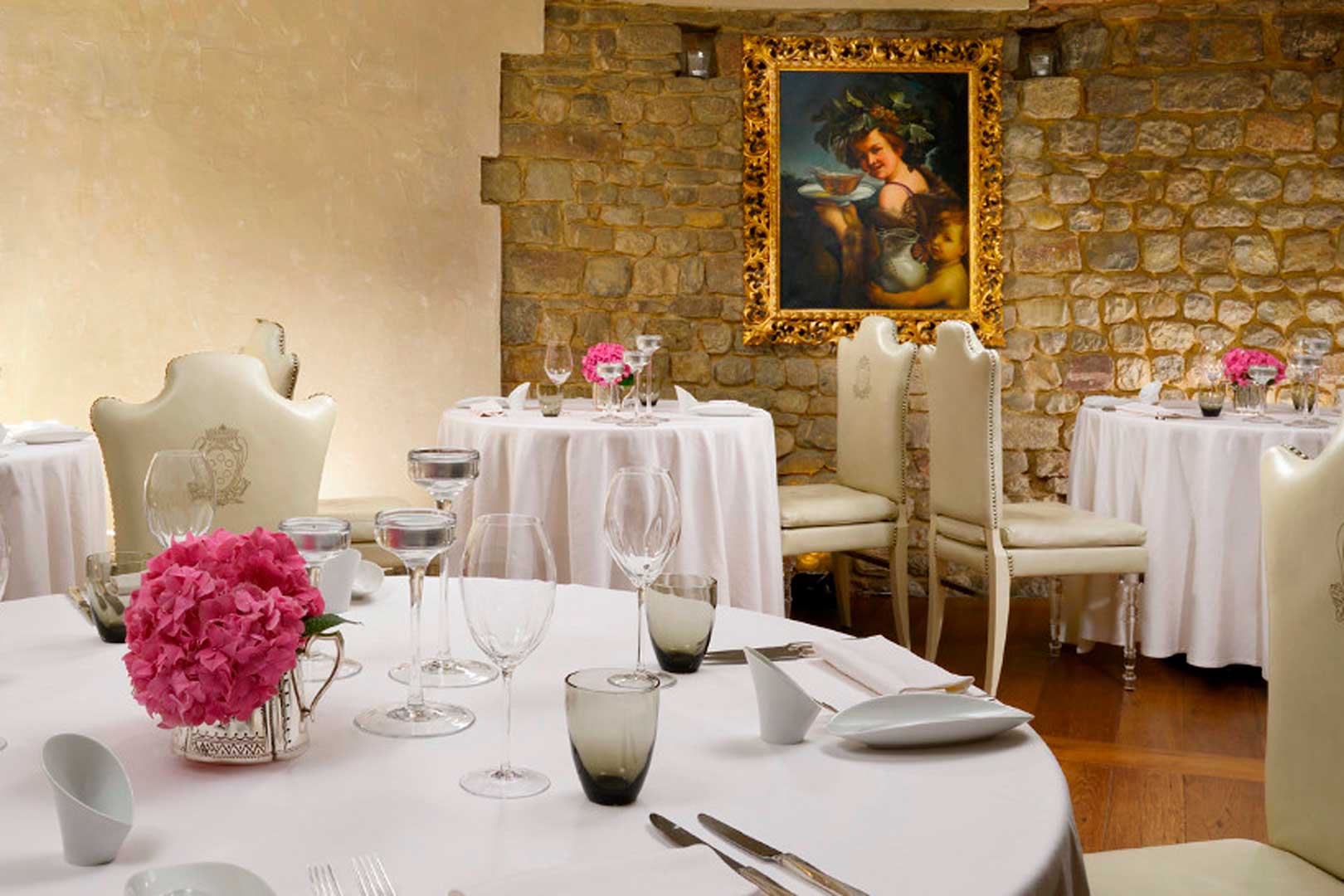 The proposal of the restaurant is divided into three options: there is the classic menu, there are the three tasting menus that will guide you through a sensory journey designed by the chef and, finally, the menu of vegetarian and vegan proposals, as if to signal the desire to bring the beauties and pleasures of gastronomic art to everyone including those who, by necessity or by choice, renounce certain foods.

The cuisine of the chef De Santis is sophisticated and essential, based on a deep knowledge of the ingredients and the careful processing of all the elements that will compose the final dish. There is a slight prevalence of fish dishes, which however divide their place on the menu with those of meat. These are refined creations, which are not afraid to experiment with exotic elements while remaining always familiar, recognizable. An example? Among the first courses, the linguine with seaweed butter, yuzu and bottarga or, among the second courses, the crispy chicken with caramelized onion and orange.

The best way to explore the menu, however, is to choose one of the three tasting menus, real journeys within the gastronomy signed by chef De Santis. The first proposal is five courses and is called “Tracce di Innovazioni” and starts with an appetizer of red prawn, through the bottoni filled with ricotta and lemon and the mullet in a crust of bread with saffron to end in the puff pastry of cheese with pears and red wine sauce. 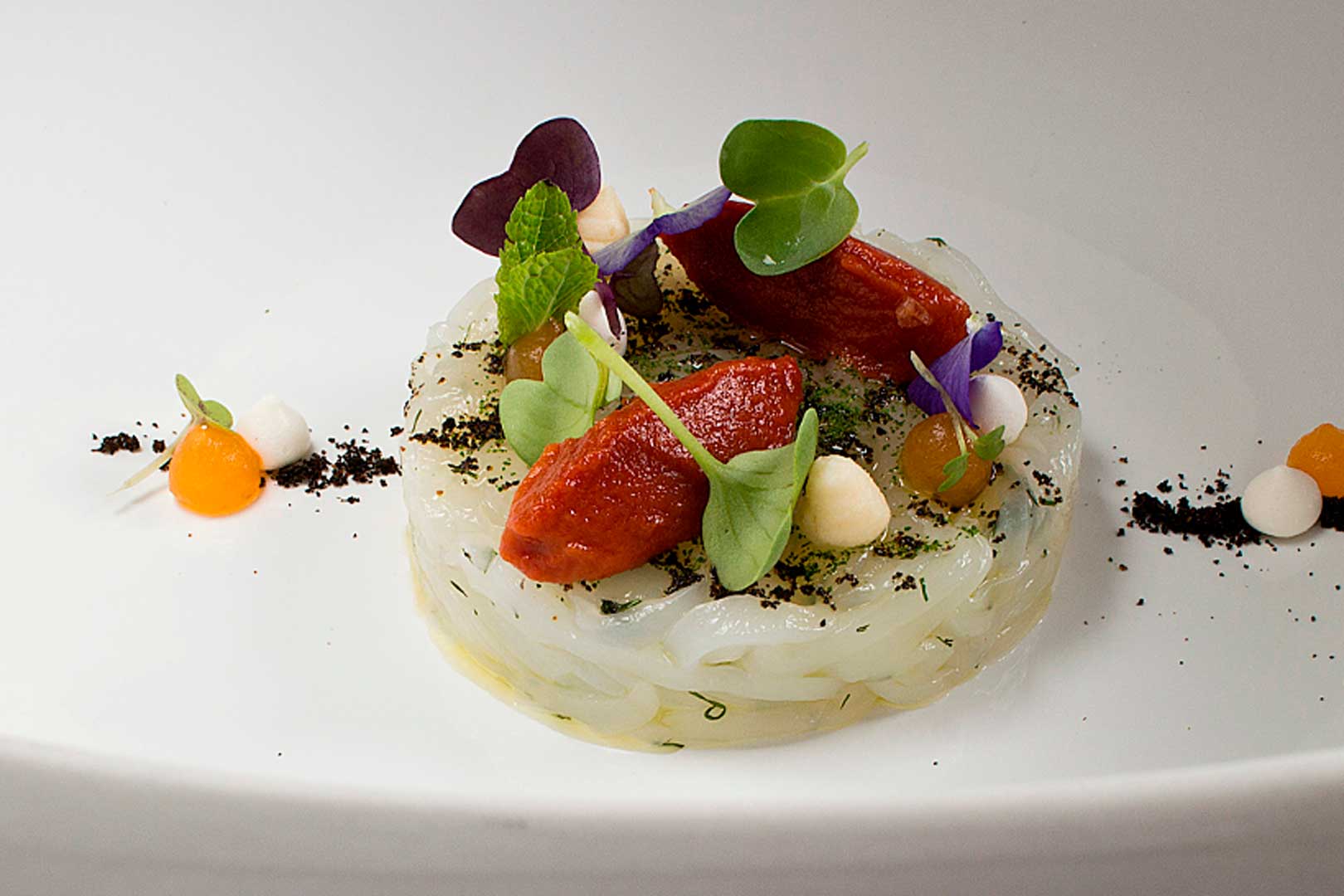 Not to be underestimated, then, is the dessert menu, signed by pastry chef Alfredo Brio, which surprises with its intriguing proposals such as the chocolate cremino with matcha tea, orange sorbet and pepper; the barley biscuit with creamy chestnuts and lotus or the “Sottobosco”, a hazelnut Bavarian with caramel and mango. Whatever you choose, it will surely be a great closing act for your dinner.

If you have not already done so, discover the hidden wonders of Santa Elisabetta, a jewel-like restaurant set in the exact center of Florentine history, with its exceptional period location, the excellent creations of its cuisine and its ability to transport you in another world thanks to the spell that every bite casts.

Map
Piazza Sant'Elisabetta, 3
50122 Firenze
You may be also interested in...