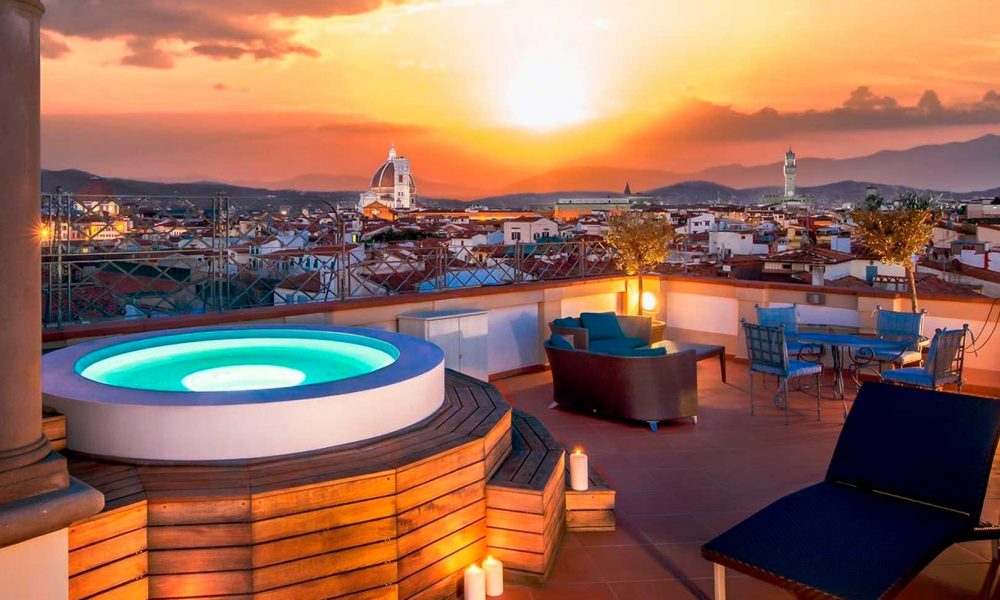 The Best Historical Hotels of Florence

Sleep surrounded by the opulence of the Renaissance

There are many luxury hotels around the world, but they can’t compare to the ones you can find in Florence. Because of its history, to say the least, full of events, the queen of Tuscany boasts not only a unique historical city centre in the world, but also a unique concentration of beautiful buildings, once dwellings of the most famous families of the city, now readjusted to the most varied purposes. Many of these grand palaces have become beautiful hotels, whose fabulous luxury wants to become the perfect setting for your visit in one of the most beautiful cities in the world.

Here are the five that have impressed us the most. Careful not to consume your eyes too much, each one of them is more beautiful than the other. 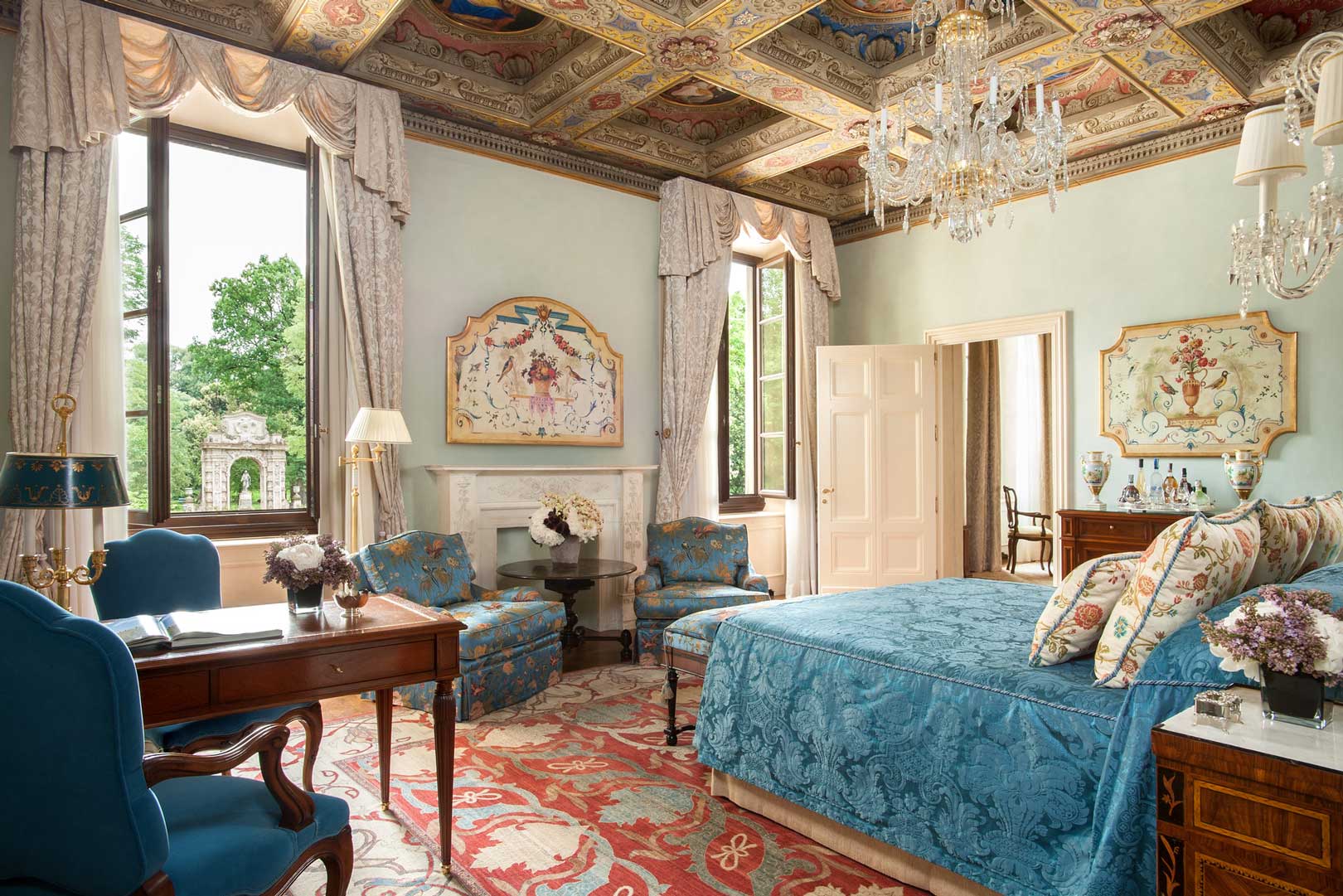 A true metropolitan oasis in the city, the Four Seasons is housed in the historic 15th-century Palazzo Della Gherardesca, the building of which was commissioned in 1472 by Bartolomeo Scala, a close friend of Lorenzo the Magnificent, and designed by Giuliano da Sangallo. Conceived as the first city resort in Italy, the historic Palazzo has seen different properties over the centuries, up to the present day, where the magnificence of the past has been further enriched by all the modern comforts of 5-star hospitality luxury. 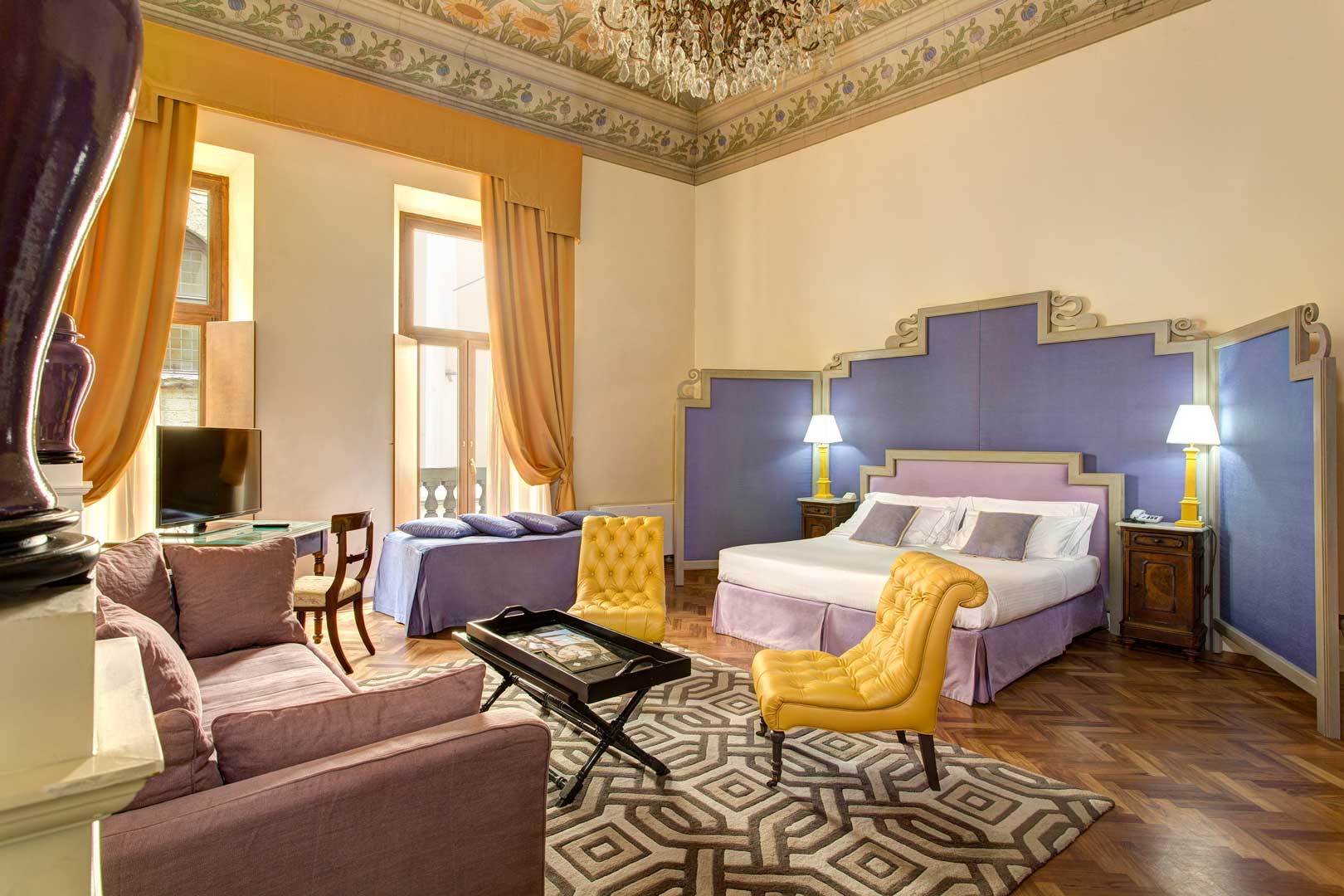 If you want to fully enjoy the beauty and charm of the Tuscan capital, staying in the historic center, the Grand Hotel Cavour is the solution you were looking for. As you enter the thirteenth-century building, which has been a hotel since the early 1800s, you will be enchanted by the imposing hall, once the inner courtyard of the residence and now used as a lobby where you can relax among massive pillars, marble floors, paintings your stay will be unforgettable. And do not miss the hotel’s magnificent terrace, with its spectacular view of the city. 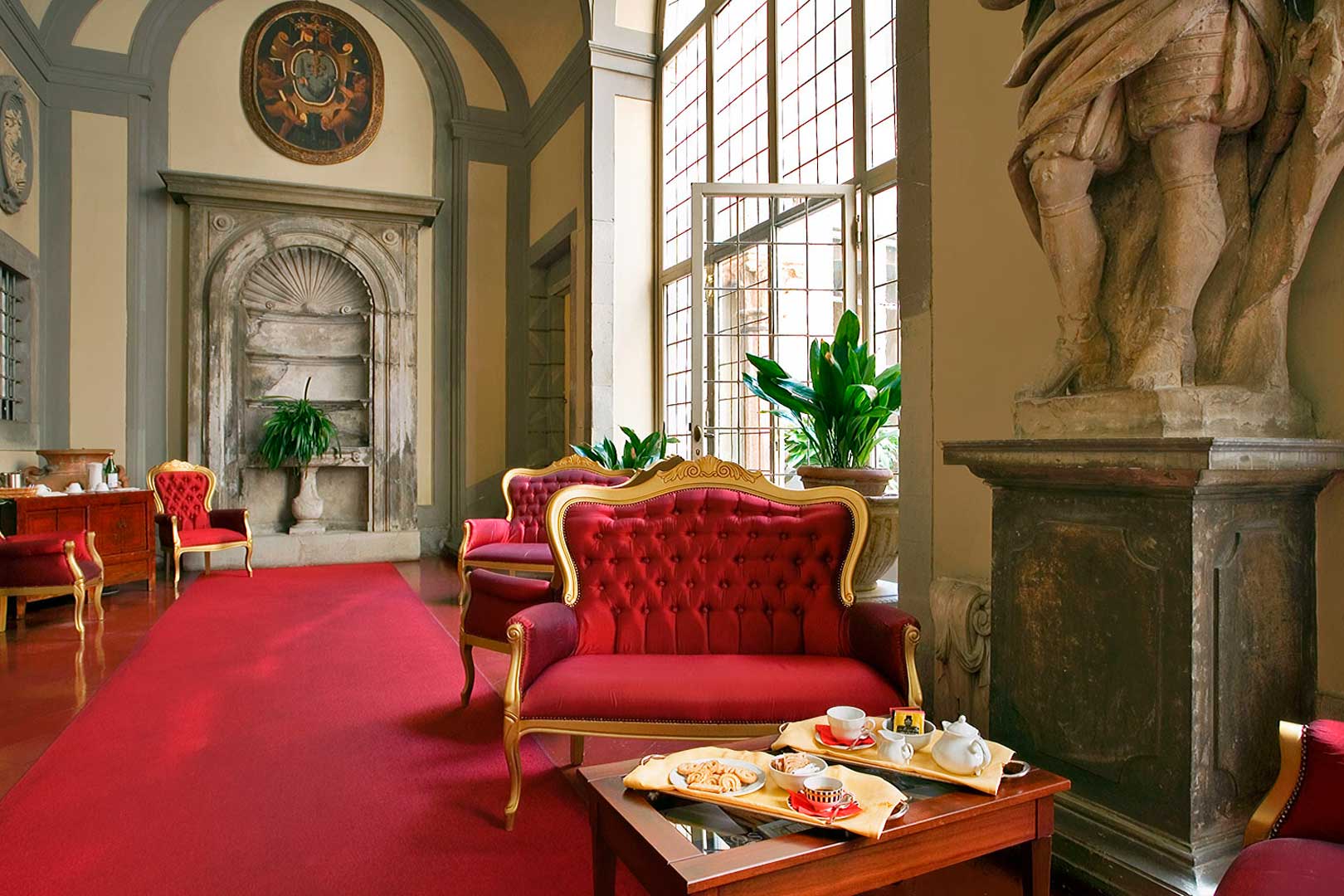 The ancient palace was bought in 1770 by the Marquis Feroni who enlarged it, redecorating the ground floor and the first floor. The property then passed to the Magnani family and then was purchased by the current property that first transformed it into an art gallery, then in a five-star hotel with twelve suites. Now, the building lets its guests touch the full splendor of the noble Florentine mansions of the past, a real journey through time in a world that has now disappeared. 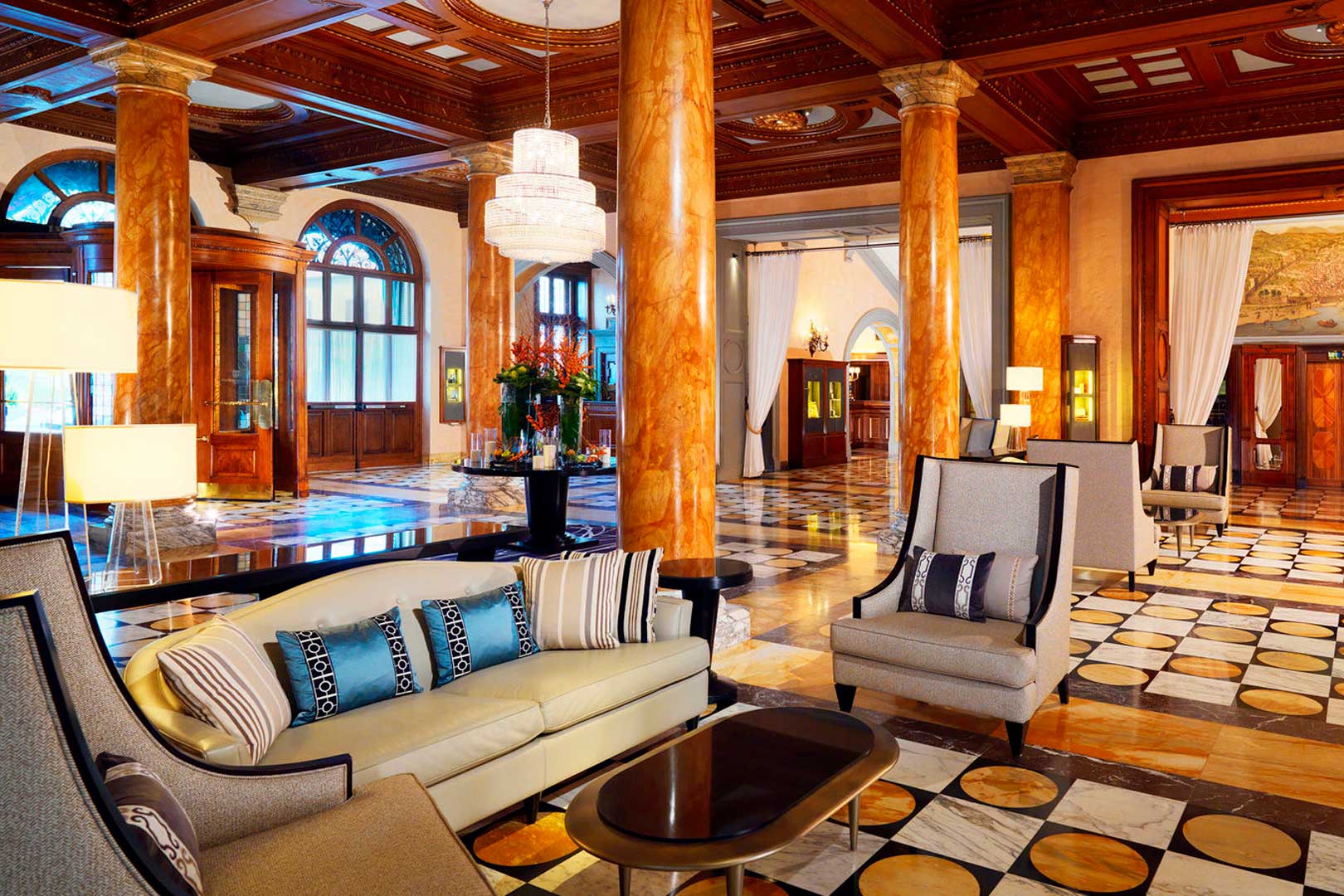 With one hundred and seventy-one rooms, including suites, and a prestigious rooftop restaurant, Sesto with Arno, the Westin Excelsior is a true colossus among the five-star Florentine hotels. Originally, the building was known as Palazzo Bonaparte, the nineteenth-century palace of Carolina Bonaparte, widow of the unfortunate king of Naples, Gioacchino Murat. Renovated with care and attention to detail, the building became a prestigious hotel and had distinguished guests such as Charlie Chaplin, Henry Ford and Orson Welles. 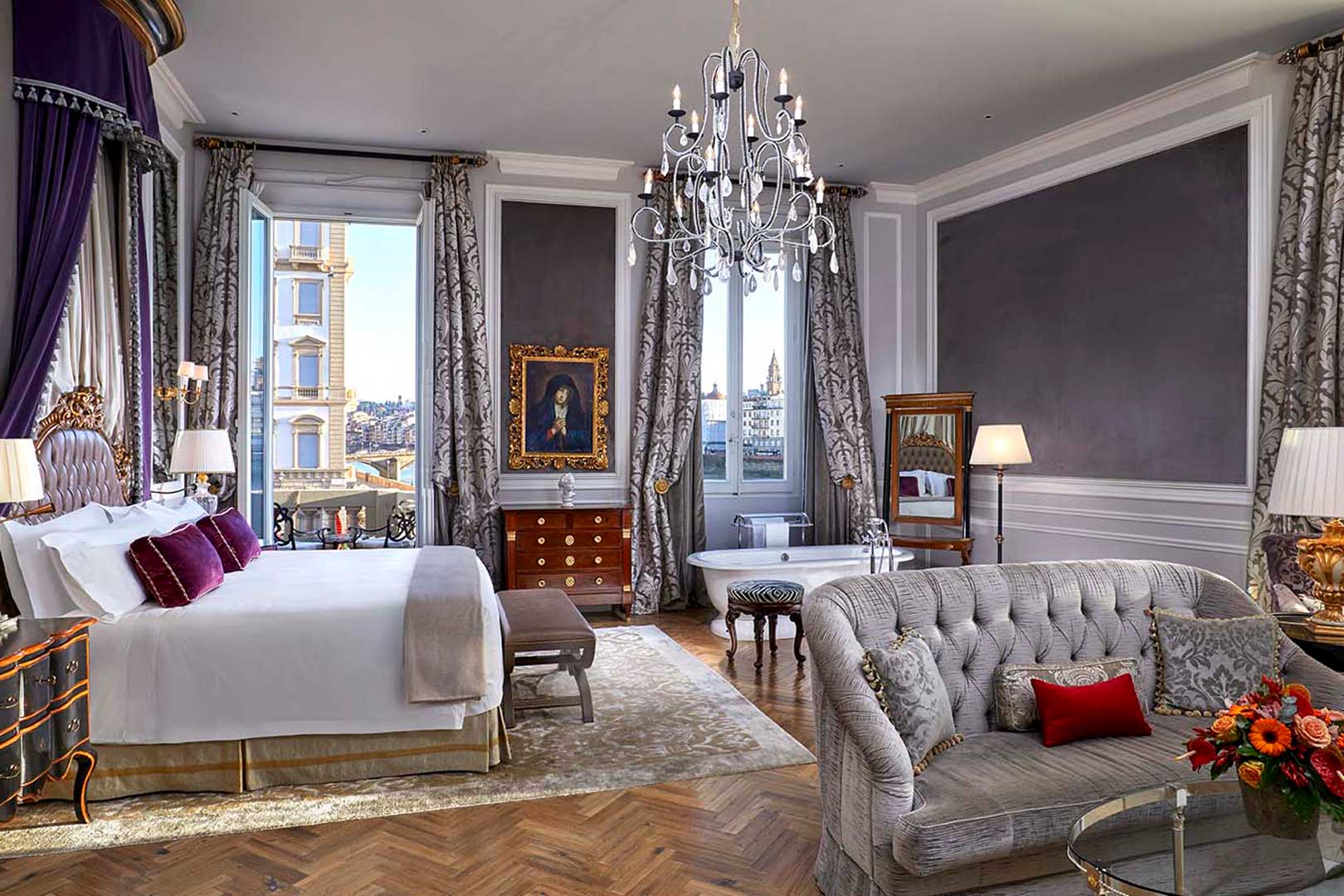 The St. Regis is a legendary name in Florence. The large palace of the Giuntini family, designed by Brunelleschi, stood here before the building was completely rebuilt and became a luxury hotel. Among her first guests was even Queen Victoria. Managements and decorations have changed, but the soul is always the same. Today, the St. Regis offers eighty-one rooms, nineteen suites, nine meeting rooms and a starred restaurant, the Winter Garden by Caino Restaurant.