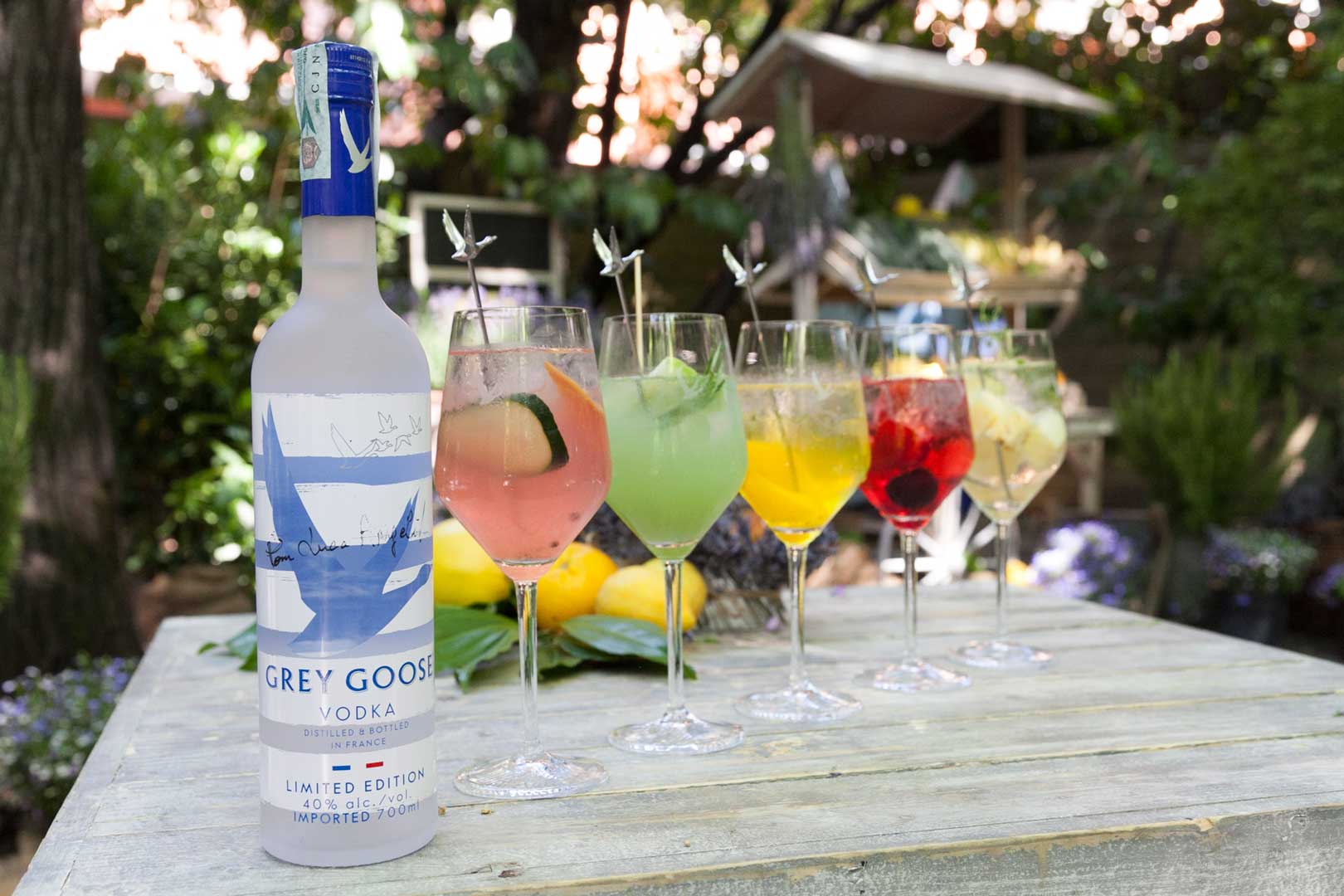 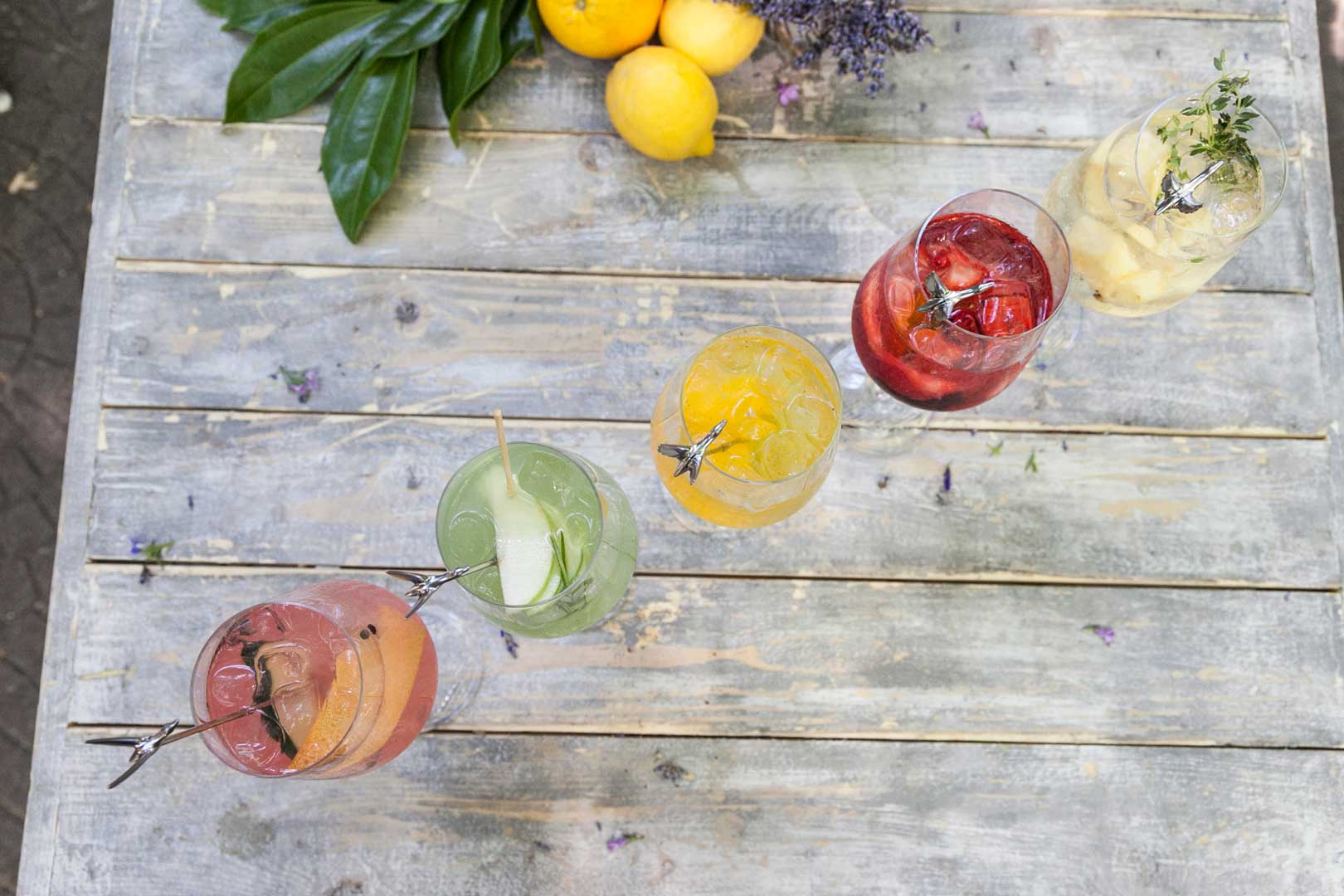 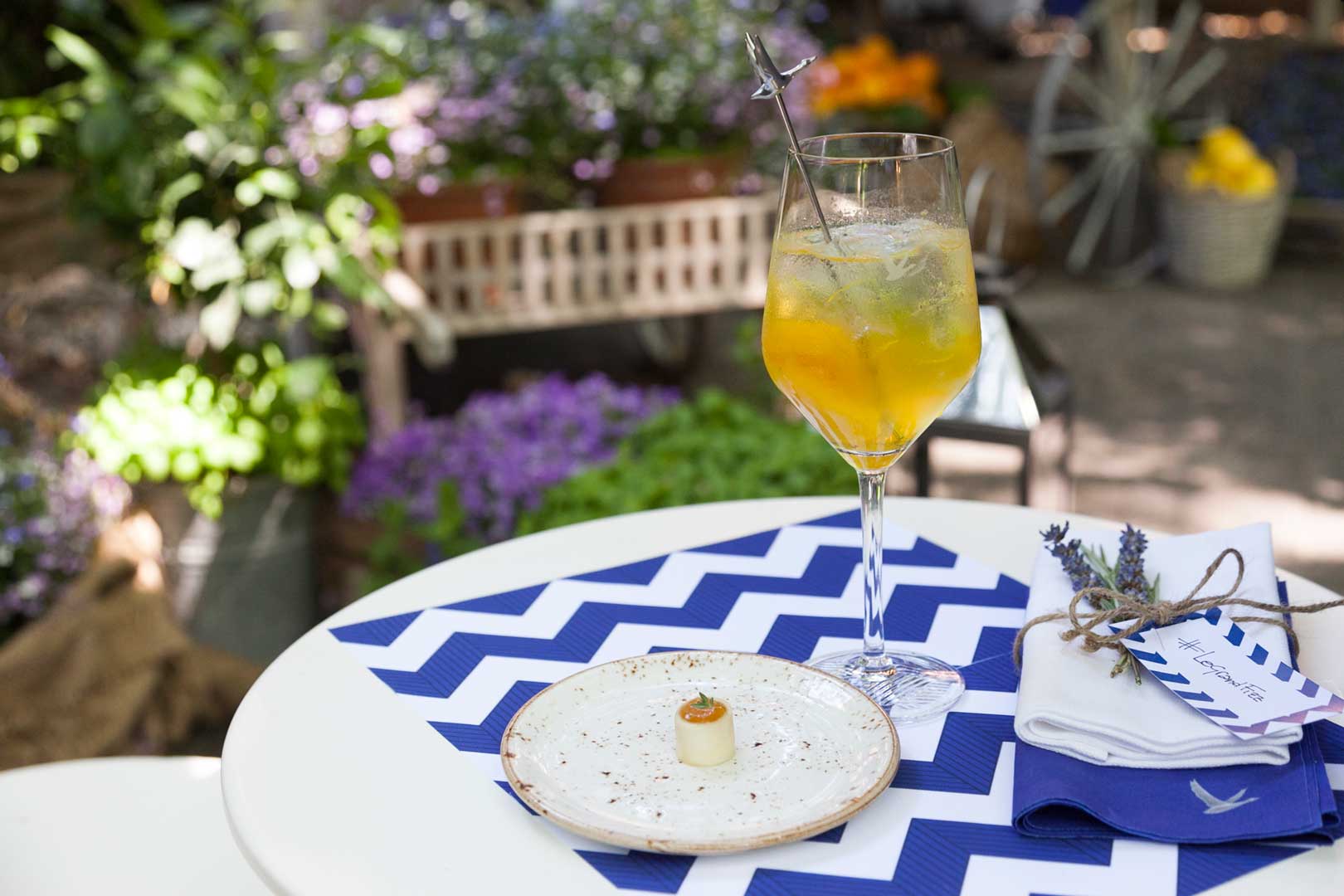 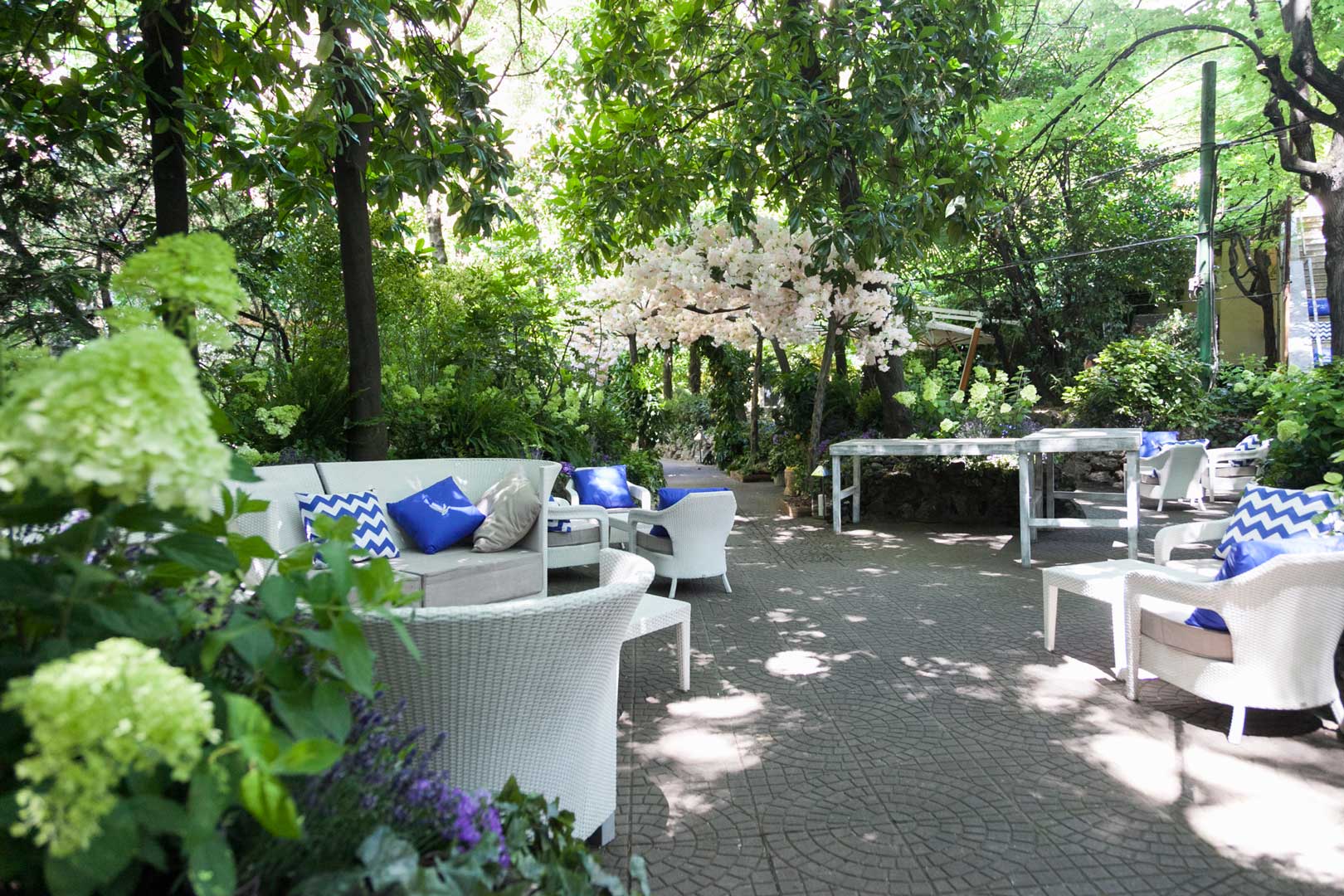 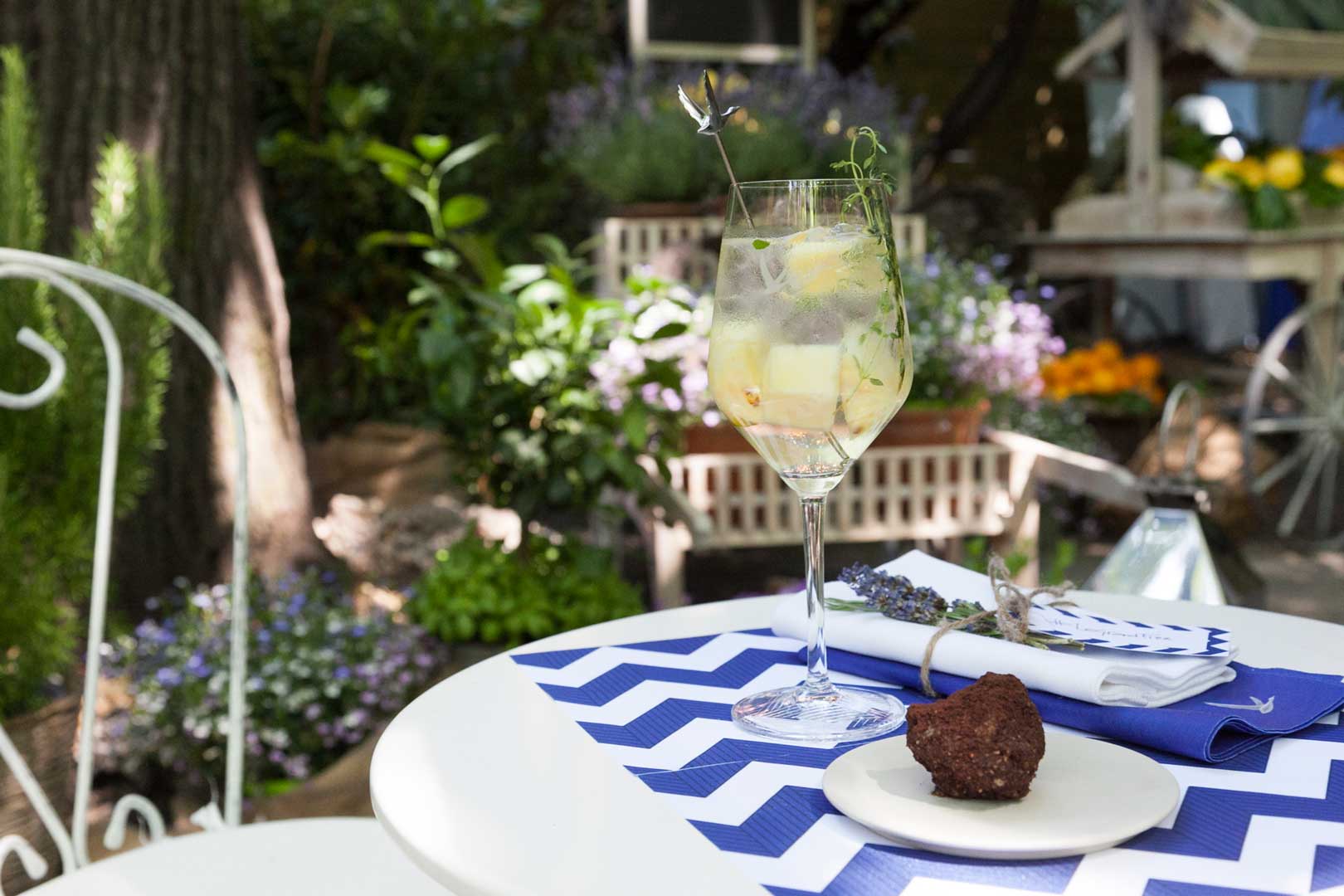 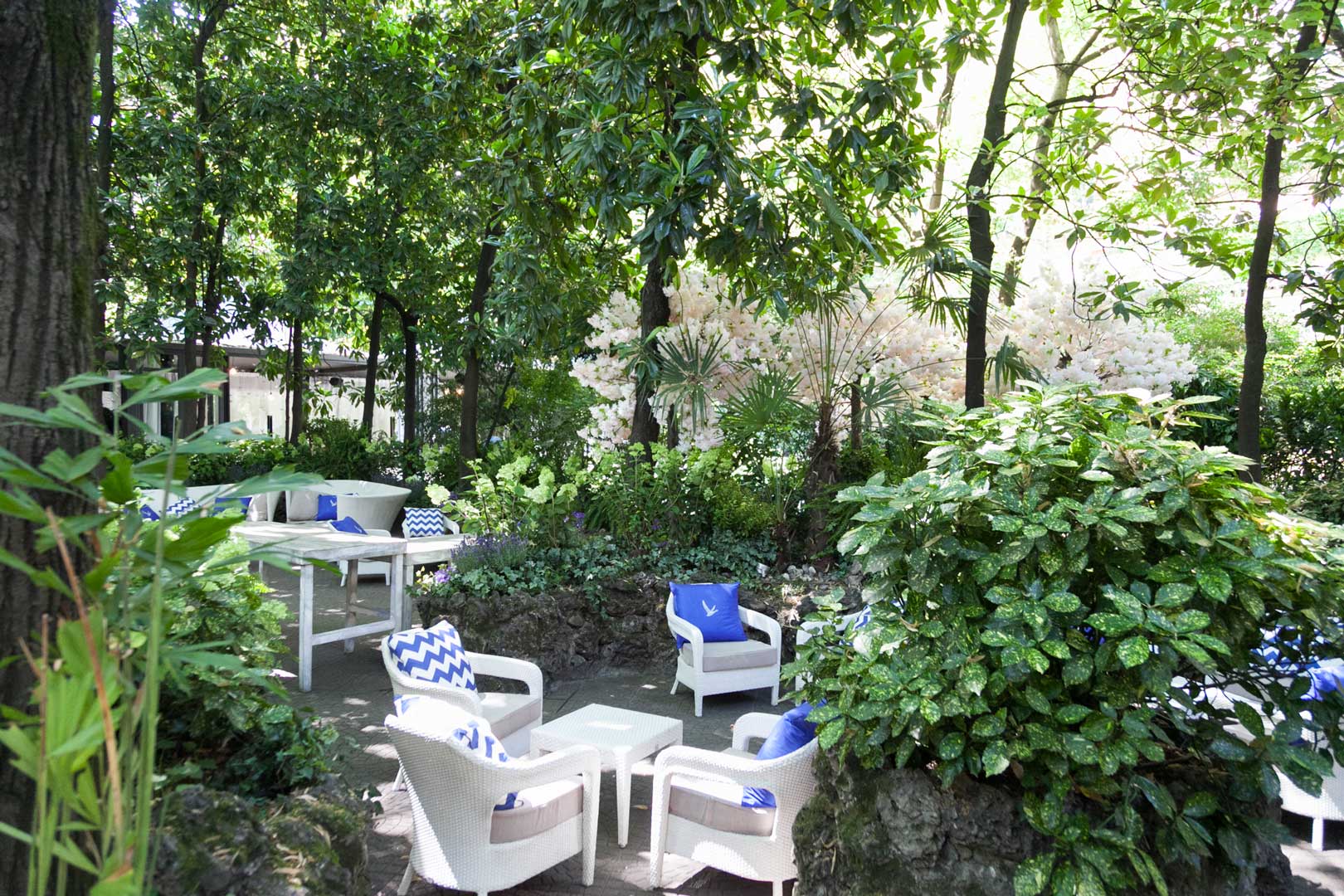 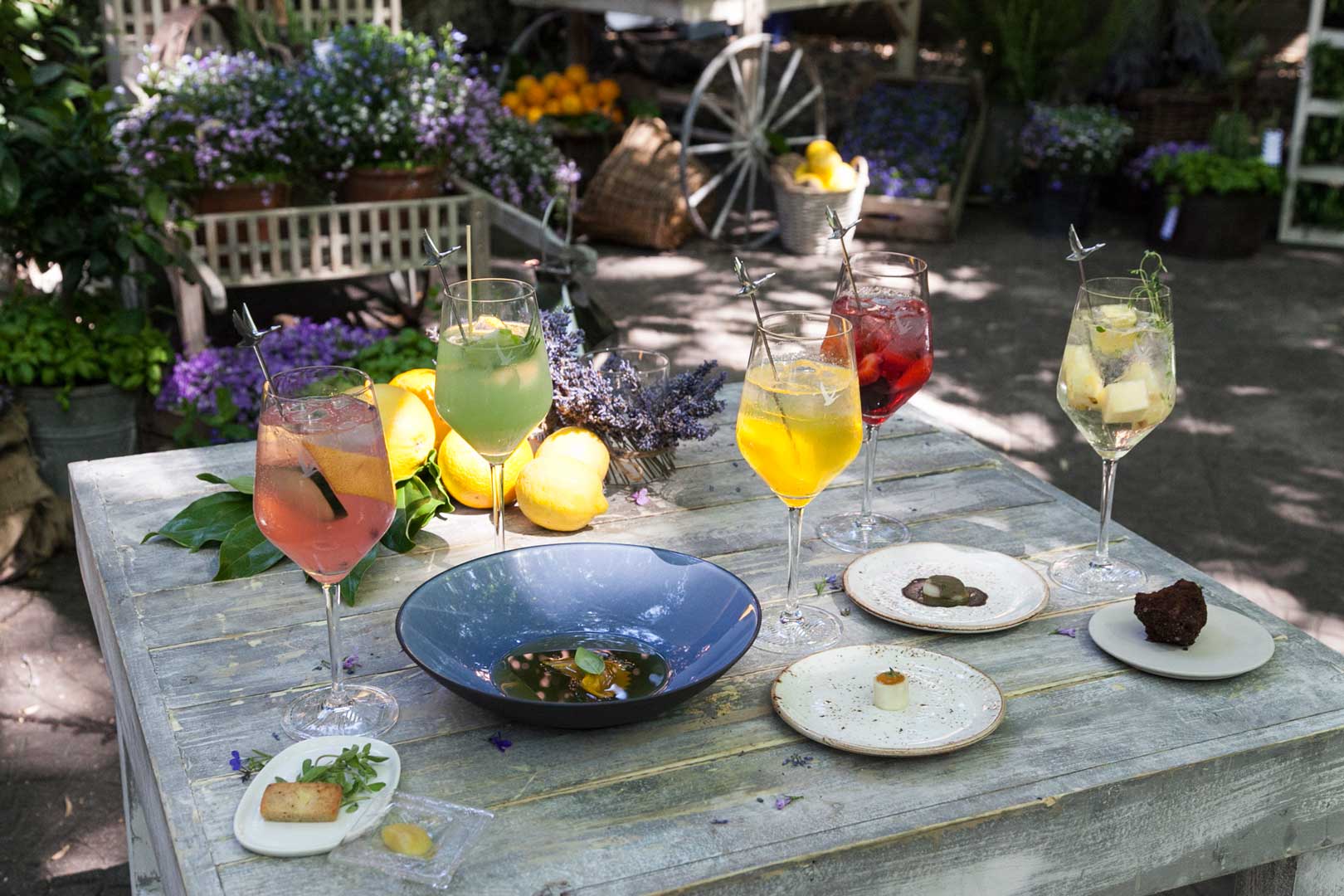 François Thibault – The man behind the vodka worth two billion dollars

There is a small town in the southwest of France, between Angoulême and Saintes, a thousand or more years old, so rich in tradition that it gave its name to a special spirit produced here. The name of the city is Cognac, as the name of its famous distillate, and this is where François Thibault, Maître de Chai, was born in 1997, subsequently creating the recipe of the exclusive Grey Goose Vodka.

The philosophy behind Grey Goose (named the world’s best vodka one year after its release) is simple: to get the best product you need the best raw materials. Here is the magic of this distillate: spring water filtered through calcium faults (that way it gets enriched with calcium) and the winter wheat of Picardy, planted in October and harvested in August, are the secrets of this vodka’s quality.

Grey Goose is unique because it is the first vodka to be produced in the sign of the ancient tradition of Maîtres de Chai. Maître Thibault has remained the supervisor of all aspects of his production through all these years.

We met him at the event organized by Grey Goose “Atelier of Taste” at Hotel Diana Majestic. In a mix of smells and flavors, chef Stellato Luigi Taglienti, along with bartender Luca Angeli, created a tasting of unusual and surprising combinations. To supervise everything François Thibault in person made an introduction to the extraordinary Grey Goose world and joined the guests in the tasting. 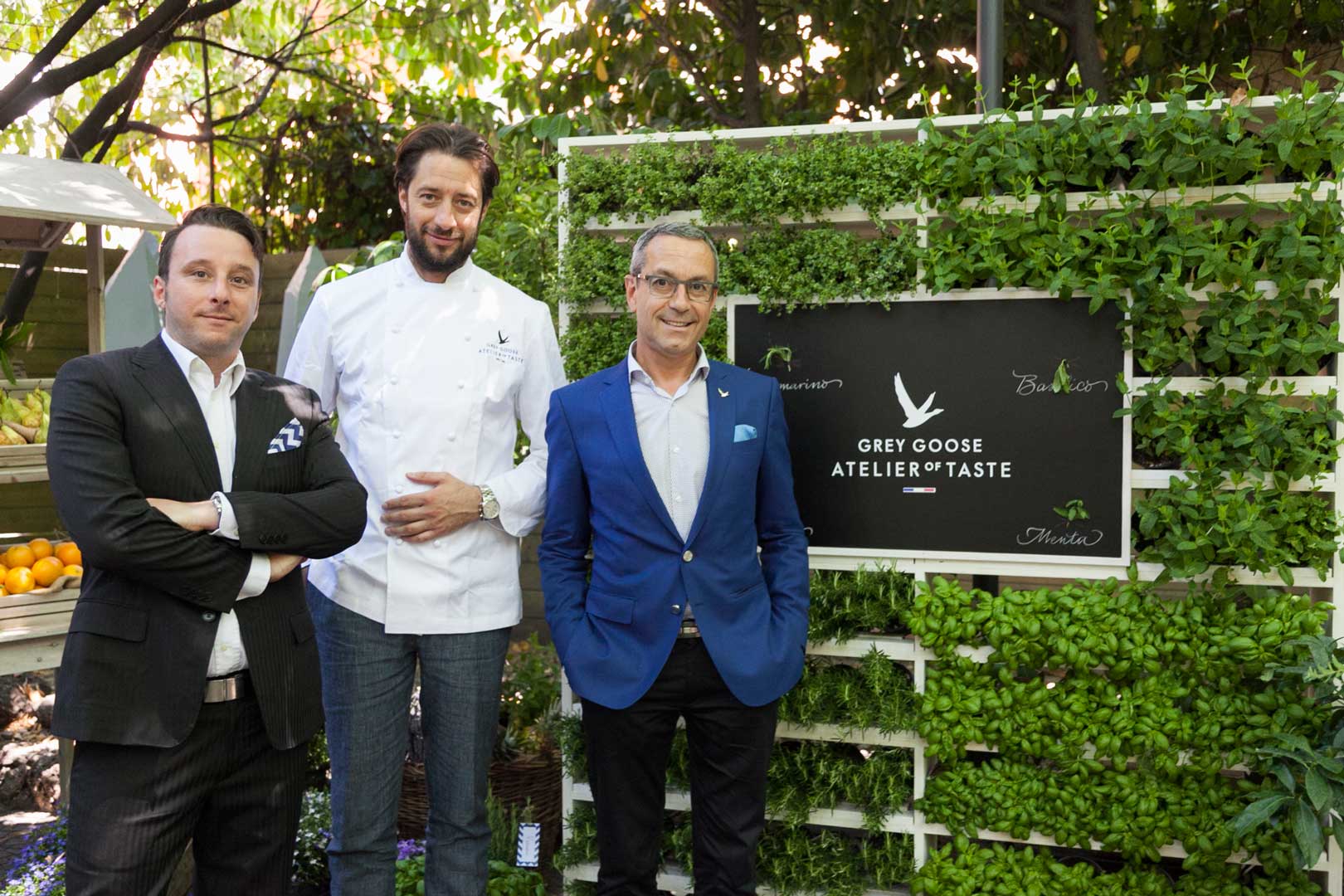 Monsieur Thibault, what is the starting point for creating a spirit?
Select a quality ingredient and adapt the processing to demonstrate its quality best.

How is an original recipe created, like that of your vodka?
My career path of Maître de Chai in Cognac taught me to make spirits controlling all stages of the process. I approached the creation of Grey Goose in the same way.

What did you have in mind when creating Grey Goose? How did you achieve the right mix?
Vodka has always had the reputation of being violent and aggressive on the mouth. I decided to change this rule by imagining a sweeter, more refined and pleasing profile. By choosing the tender wheat of French Picardy, I wanted to exalt its essence through the processing phases fine-tuned to achieve the result I was looking for. My knowledge of wines and spirits has helped me a lot, I have applied that the Grey Goose processing. I had to define three important things: study the grain quality in detail, define the number of steps needed for transforming it into spirit and finally, given that these steps are continuous but have different aims and timing, attribute specific dimensions to them to make sure that they are successive to each other 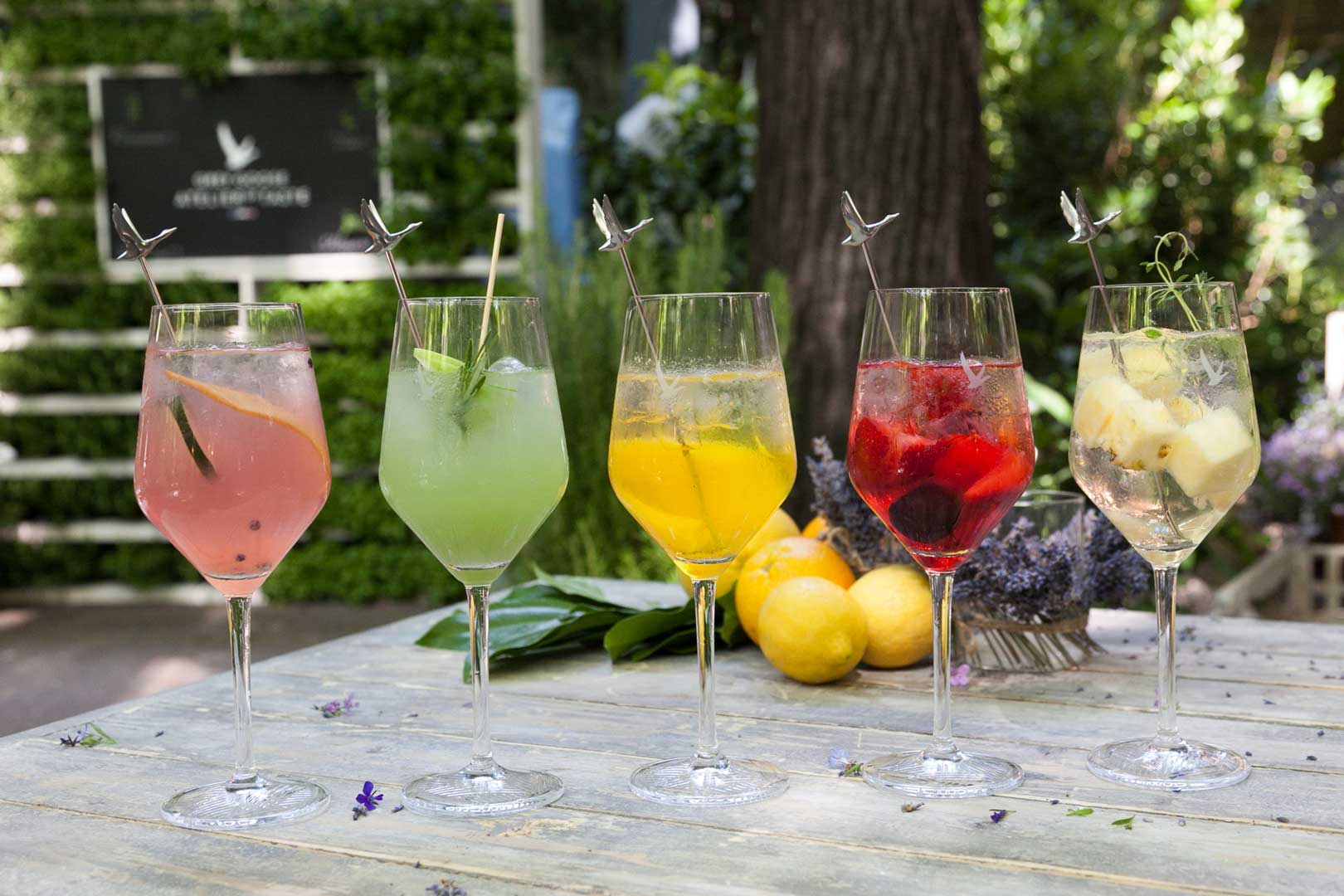 How was your passion for vodka born?
For several reasons I imagine. Firstly, my experience as Maître de Chai in Cognac. Later I met Mr. Sidney Frank (a visionary American distributor who developed the Grey Goose project for his market), for whom I had made a brandy. Finally, because I had his complete confidence in the making of Grey Goose. He understood all our know-how concerning the spirits, but nothing is possible without an open mentality and embracing change.

What’s the difference between Grey Goose and other brands of vodka?
The first is that I created it (laughs). Jokes aside, Grey Goose is the first vodka to overlook the whole process, from the field to the bottle. The easiest thing to do would be to purchase industrially produced alcohol from competitors, rectify it several times and add water. This way anyone can make a vodka. I opted for another way, that of turning the process itself into the product, as I always did in my experience of Maître de Chai in Cognac. By mastering all stages of the process it is easier to bring the best out of each one. This way I don’t eliminate defects but focus on quality. If I had to compare the quality of the Gray Goose to a food, I would say that it would be haute cuisine, as well as haute couture in fashion. Sometimes I think the difference that is made is measured by the creator’s inspiration. I think I have a strong sense of detail and rigor, as well as love for challenge and drive for excellence. To create an exceptional thing you need know-how, but passion and inspiration are just as essential. 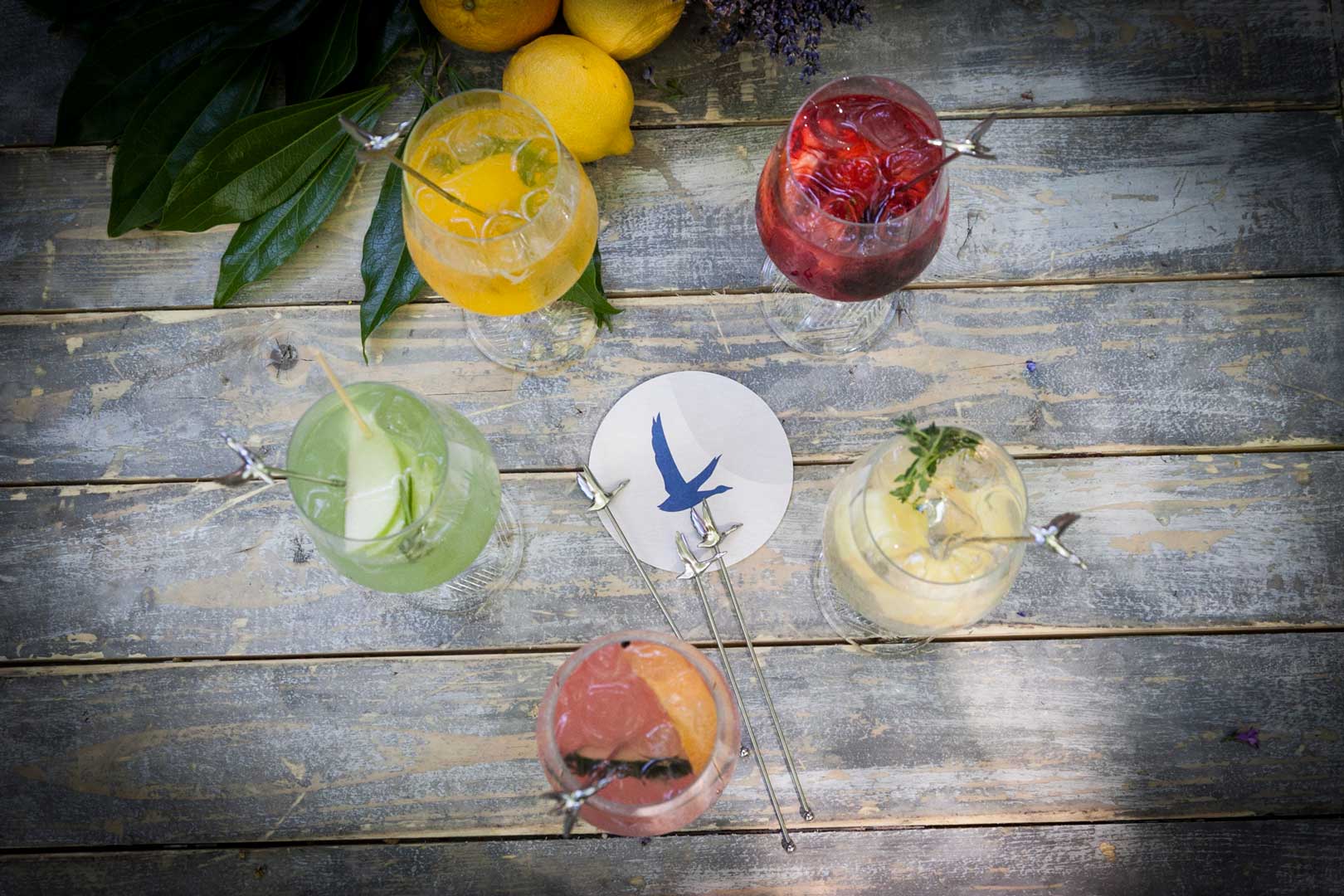 What is the origin of the name Grey Goose? Are there are any details you’d like to share?
Mr. Sidney Frank is an American visionary entrepreneur. He already had some names in the drawer for his future designs. We liked the name Grey Goose immediately: it evokes a magnificent flight of goose, very much appreciated in both the United States and Europe, was a perfect representation of our Franco-American partnership. This image has been prophetic, as today this beautiful bird is promoted by the Bacardi Group and Grey Goose is distributed in 166 countries around the world.

What is the cocktail in which Gray Goose gives the best of itself? What combination do you recommend?
Without a doubt, Grey Goose Dry Martini. This iconic cocktail reveals all the intrinsic qualities of this vodka. Consumers can thus feel the differences between different brands. But Martini Dry is very demanding and needs careful preparation. It is very important not to shake it but mix with ice instead. This refreshed vodka blend should be diluted to approximately 20%. A touch of our French vermouth Noilly Prat adds subtle wine notes. Depending on your taste, it could be combined with olives or lemon zest. I personally like to make it with Lucques olive oil, which can only be found in Roussillon, south of France. Unlike others, it doesn’t have a round shape and tastes almost sweet.

Thanks again for your time and compliments from the editorial staff of Flawless Milano. 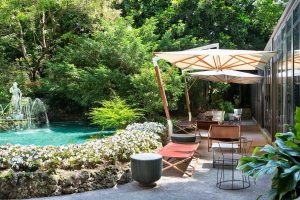 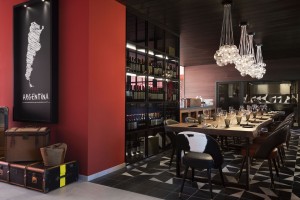 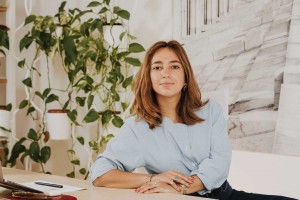 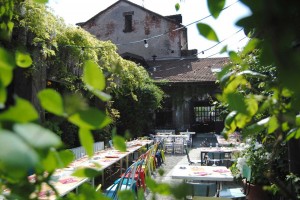 The best outdoor brunches in Milan 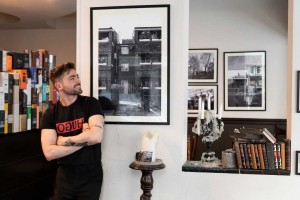