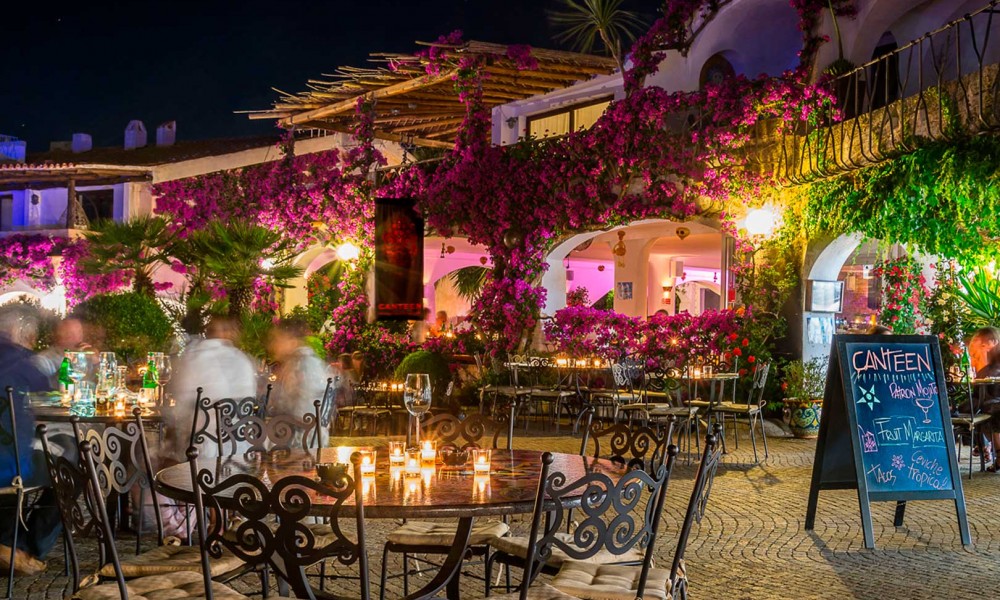 Milan’s restaurants that have opened at holiday destinations

Costa Smeralda, Ibiza, Puglia, Liguria and Toscana: this is where our favourite restaurants have opened

Finally vacation, finally sea. Finally the most beautiful sensation in the world. After 11 months of artificial office lighting, we desperately long for the sun to restore a healthy glow to our skin. The most awaited moment of the year has arrived… vacation season!

But you know how it goes. When you’re away from home, you want to return, and when you’re home, you long to escape. We’re also so spoiled by the Milanese dining scene that it’s impossible to not miss our favorite spots even while on vacation.

However, now we don’t have to miss them! Some of our favorite Milanese restaurants have now opened locations in places such as Costa Smeralda, Ibiza, Puglia and Liguria. So, if you happen to be there, you may as well indulge in a tried and true favorite from back home. Because let’s face it, old habits die hard. Now let’s add the sea view, a frozen glass of white wine in hand, love, friends, lots of music and the desire to live every second of the day as if it were the last and you’re done… Welcome to paradise! Happy holiday! 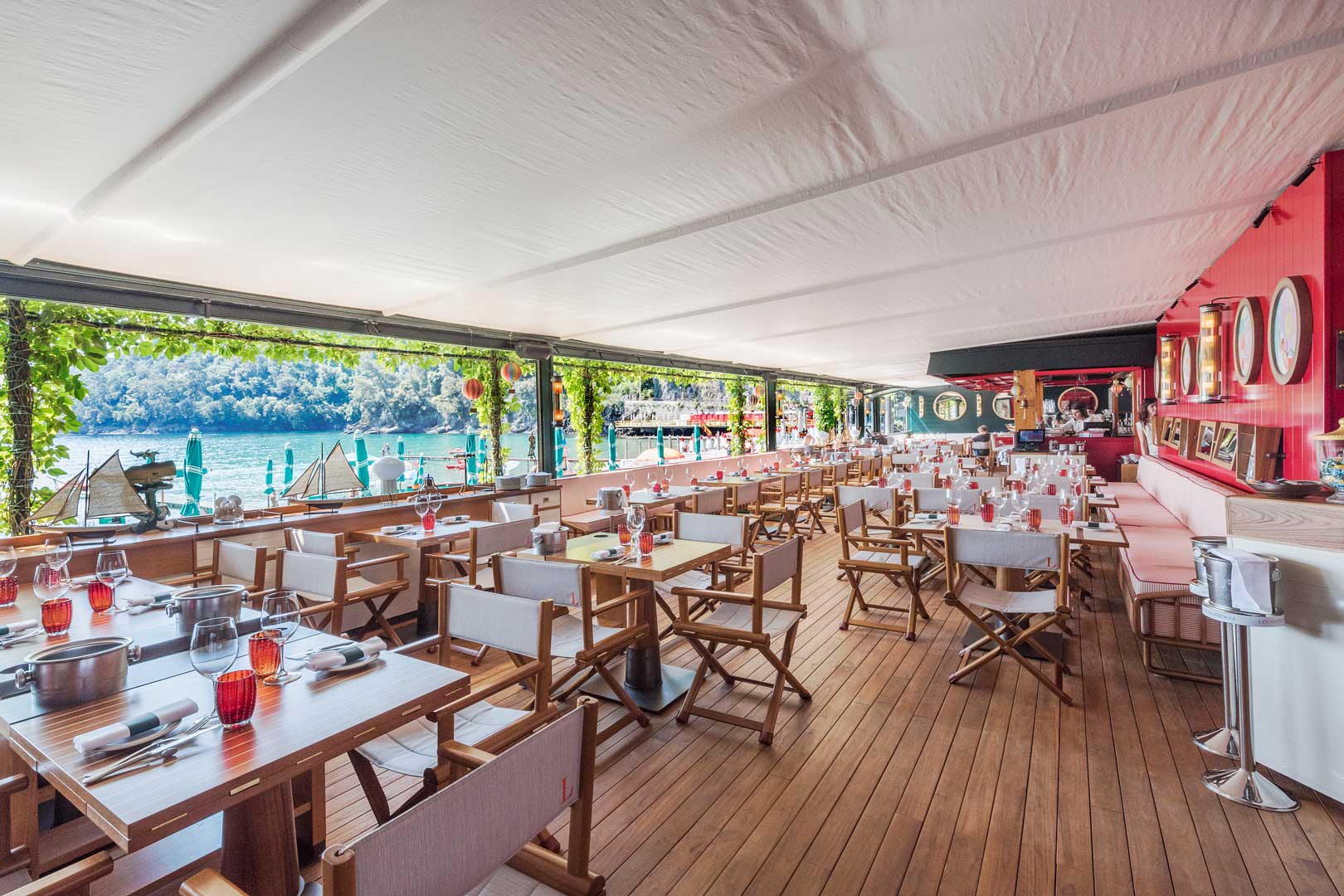 We could not have expected a better location for this experiment restaurant from Langosteria. We are in Paraggi, a small bay behind the wonderful Portofino: this is where the last of the sisters, (Langosteria, Langosteria Bistrot and Langosteria Café Milano), Langosteria Paraggi, was inaugurated, in the beating heart of Paraggi bay and precisely within the historic Bagni Fiore. The quality level and imagination of the executive chef is excellent. Here, there’s a mix of traditional local dishes and personalized ad hoc for the location, without ever abandoning the classics. This is exactly what has made Langosteria one of the best fish restaurants in Milan. Okay, in this case it is Milan that followed the original, in Puglia, precisely in Polignano a Mare – and very recently also in Trani! For this reason alone, it is worth seeing and going to taste the delicious creations and fish-based sandwiches that have taken over in the last year in the Lombard capital. Tasting them here, a stone’s throw from the beautiful bay in the center of the village, has a completely different flavor! 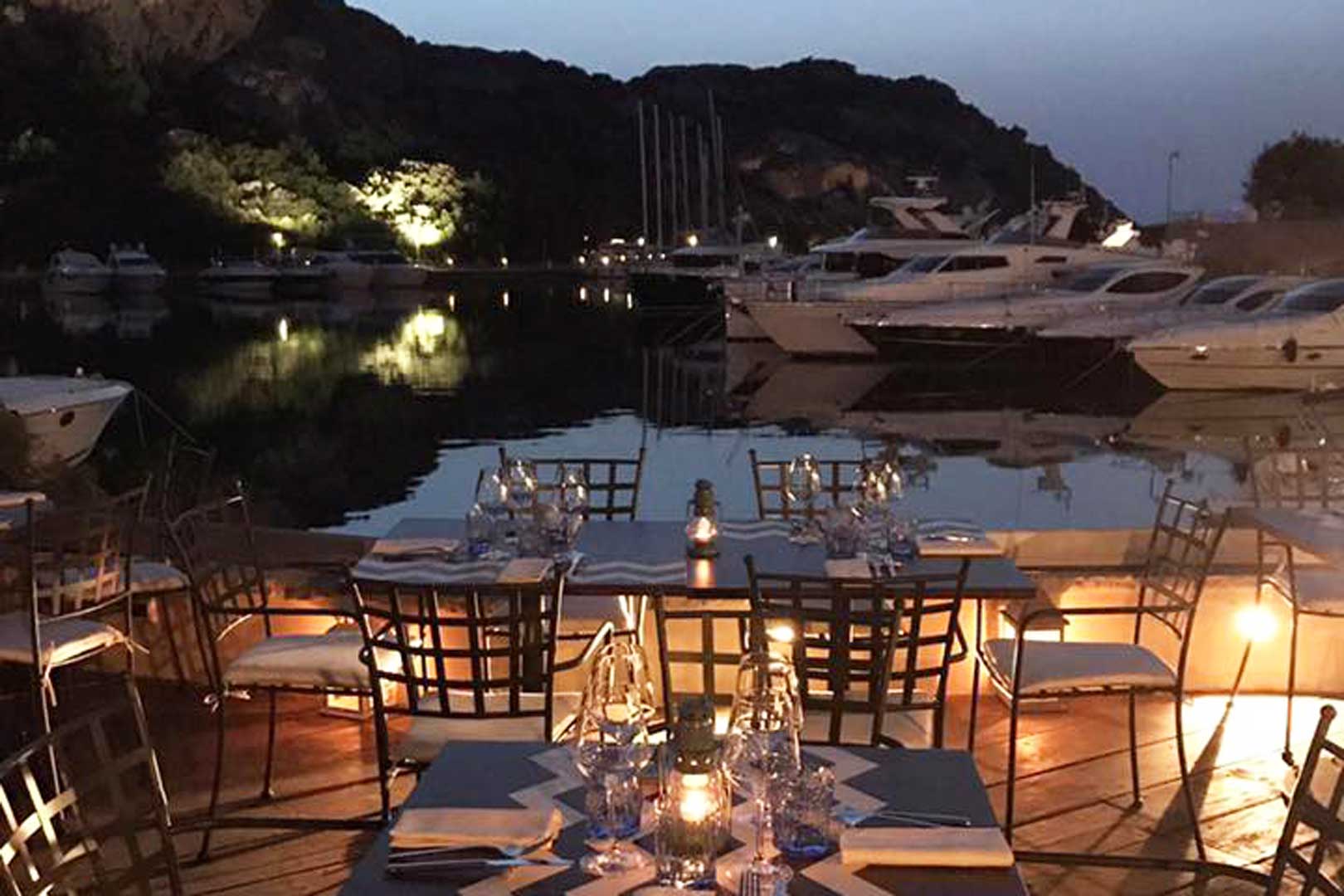 After the Brera restaurant in Milan and one on the Courmayeur slopes, Fishbar de Milan has inaugurated its new restaurant in Poltu Quatu, in one of the most chic and fashionable areas of Sardinia. The location boasts, like the previous ones, a refined environment but, unlike the others, a special pie dans l’eau terrace. Here you can admire the splendid view while enjoying Maine lobster rolls and spaghetti with clams and bottarga. Canteen, the most popular Mexican restaurant with a tequila bar in the capital, has arrived in Sardinia, in Poltu Quatu. The menu is always the same but the location is unmatched, overlooking one of the most characteristic ports of the Costa Smeralda. Indulge in fajitas, ceviche, churros, music, tequila and “all night long” stars! 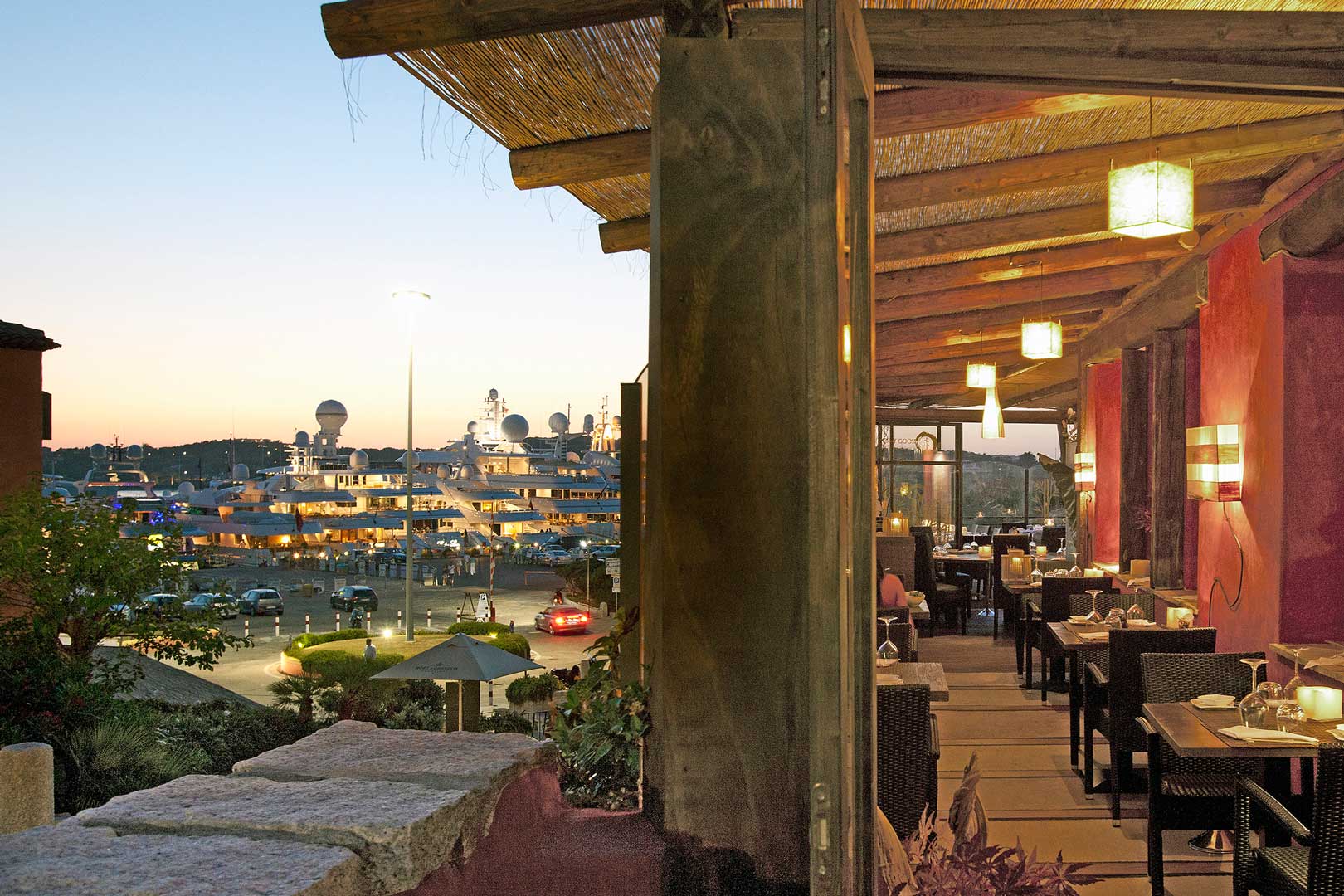 With four other restaurants, two in Milan – Finger’s and Finger’s Garden – one in Rome and one in the exclusive Megève, Finger’s has now charmed Porto Cervo, the beating heart of the Costa Smeralda. With a breathtaking location that directly overlooks the old port, you can admire the incredible yachts that come from all over the world. Come and enjoy the unique and irresistible charm of Sardinia. After three restaurants in Milan, and one in Venice, Basara could not miss a spot on the Costa Smeralda, in the renowned Promenade du Port in Porto Cervo. This is a Japanese restaurant and pastry shop, which is a mix that made Milanese customers fall in love. The chef’s dishes delight everyone and are also available at home. Could you ask for more? 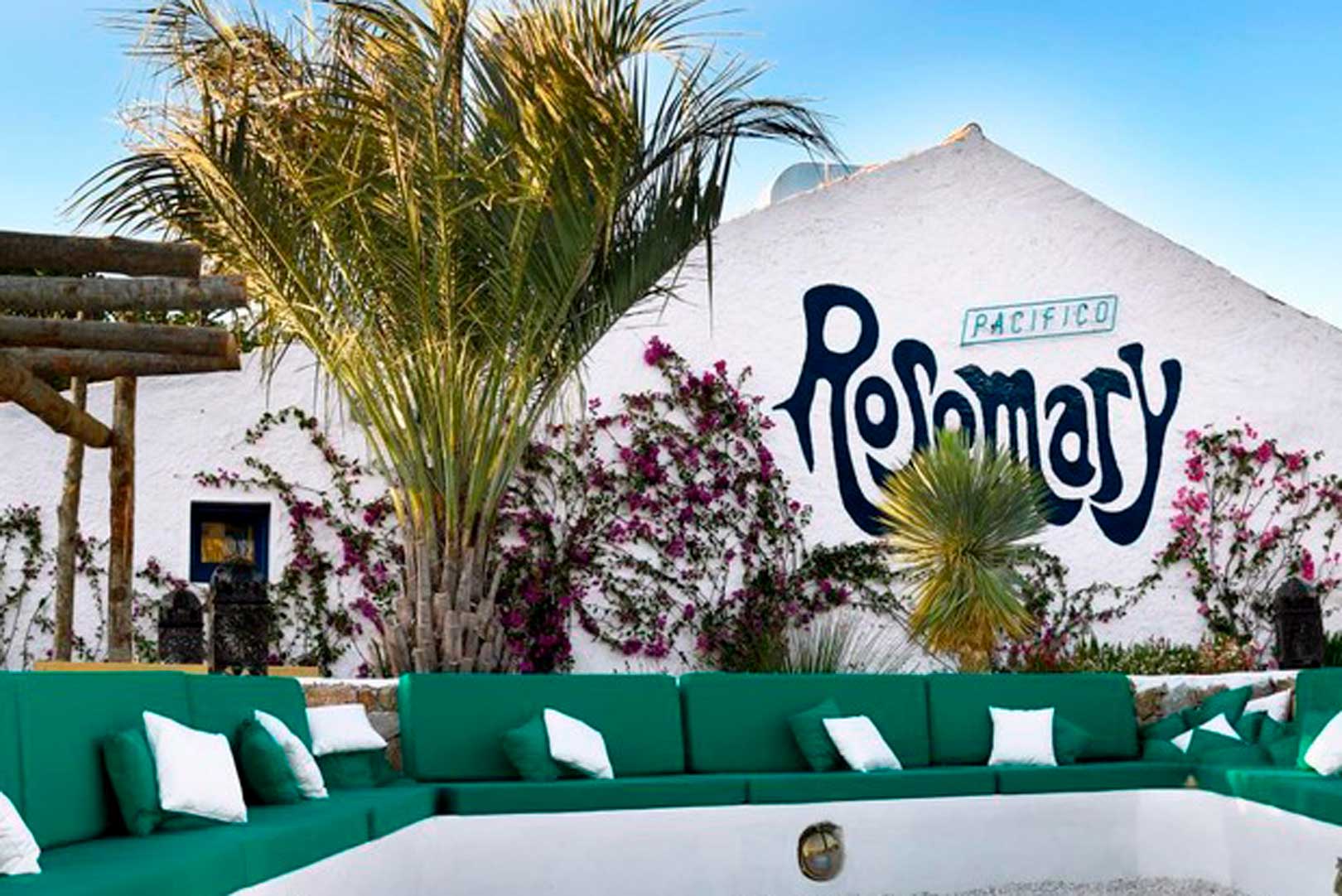 This is a great novelty that has brought life back to a historic location, the same that for more than 40 years has hosted the Rosemary, an icon of the Costa Smeralda. Pacifico Rosemary is one of the three Peruvian-Nikkei restaurants in the chain, – together with the Milan and Rome locations. Here they celebrate the scents of this particular overseas cuisine and offer a “Raw Bar” menu, dedicated to the raw fish specialties of Italian-Japanese inspiration. Exotic food meets the design of Marsica Fossati, Simone Colombo and the unmistakable style of Gio Ponti. For the summer, Aimo and Nadia have decided to move one of their Milanese “workshops” of taste and creativity to an exceptional location. In the splendid setting of the Terrace Bay of Forte Village Resort, Il Luogo awaits you. This is a restaurant that offers a refined sensorial gastronomic experience. It is all made possible thanks to the synergy of chefs Alessandro Negrini and Fabio Pisani. Both are ready to take you on a journey through the flavors of contemporary Italian cuisine. 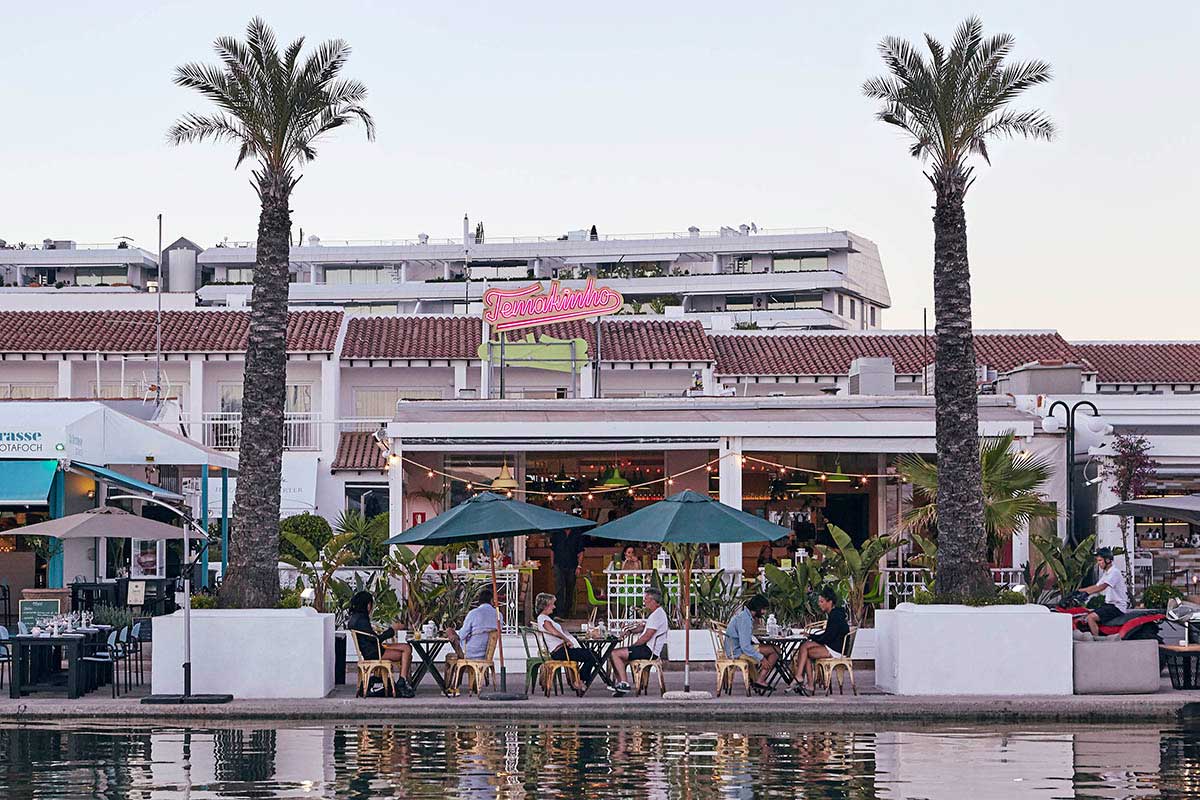 Temakinho, the Brazilian sushi restaurant that took over in Milan, has now conquered “La isla.” It has positioned itself in the exclusive Marina Botafoch, among trendy boutiques and trendy clubs, not to mention a breathtaking view of the port and magnificent yachts. In the event that the desire for “Salmao gostoso” does not abandon you even on vacation, here you can express all your desires. Between one Caipirinha (or maybe two) you can enjoy a wonderful evening with live music under the stars … Mais amor por favor! Born in 2013, El Carnicero quickly becomes a point of reference in the city for meat lovers, thanks to the careful selection of the best raw ingredients worldwide. The impact has been so great that they decided to open a second location in Corso Garibaldi . But you know, the sea is a completely different story and if the sea in question is that of Ibiza, we can only expect amazing and unforgettable evenings. Grilled meat, red wine, outdoor space, a swimming pool and les jeux sont faits!