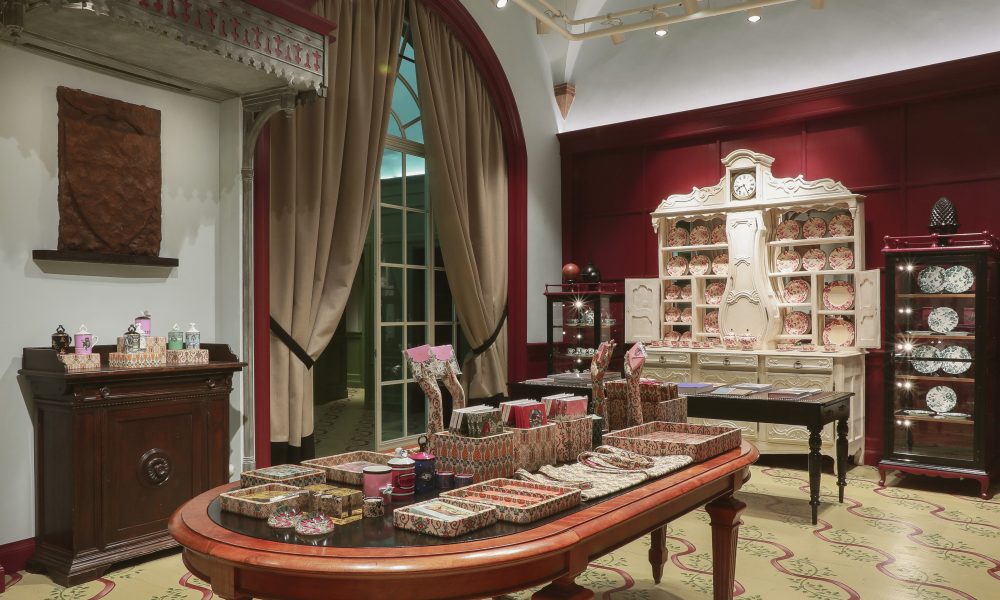 It was the year 2011 when one of the historic buildings of Florence par excellence, the Tribunale della Mercanzia (Court of Merchandise), was elected as a museum to celebrate a particular birthday and particularly dear to the city: the 90 candles of one of the most famous fashion companies in the world, Gucci. Seven years later, still on the same building, a giant neon eye projected on the facade hypnotized the square and announced that something big, striking was about to happen again: the maison opens Gucci Garden, the new challenge of Alessandro Michele, creative director of the brand.

Eclectic boutique, exhibition area and restaurant (Gucci Garden, Gucci Garden Galleria and Gucci Osteria) make up the universe that spills over the two floors of the building, creating a parallel reality made of dreams, colors and continuous contrasts between past and present. A fairytale atmosphere that amazes and can not leave indifferent, sometimes trespassing in the absurd. A garden, as the name suggests, populated by fantastic plants and animals in which the stylistic exasperation of the maison’s signature and boundless imagination come together in a world that makes you want to be part of it at all costs. But what to expect then from Gucci Garden? An experience outside the box, certainly. A mix of vintage and modern that is reflected in the combination of a line of products made exclusively for the shop, and characterized by the Gucci Garden label, which goes alongside that of the maison and is enriched with new symbols that are added to the lexicon historical, and an exciting repertoire of vintage objects, displayed in wonderful display cases that enhance its beauty and value; pieces able to revive the story that, since 1921, the Gucci brand has helped to create thanks to the widespread diffusion of its creations nationally and internationally.Two large spaces make up the boutique on the ground floor, one dedicated to the most varied bookshop and objects, and one to accessories and clothing, with incursions in both of the décor line, from wallpaper, to cushions, to porcelain, to the wonderful boxes covered and realized entirely by hand. Stationery lovers can indulge in notebooks, diaries, pencils, document holders and shoppers marked by the brand’s new symbols, while collectors can get lost in a selection of recently published niche books and magazines and ancient books from the Antica Libreria Cascianelli from Rome.

Art, design, fashion and food are intertwined in an indissoluble way creating a creative explosion that will leave even the most critical visitor astonished. Whether you are regulars or passing tourists, out-of-town workers or Florentines, by birth or acquired, Gucci Garden will be your way of estraniarvi from the city and let yourself be transported in a world where everything is possible, on the border between reality and imagination. Really, there will be the beauty of Piazza della Signoria, just come out, which with its timeless charm will make you wake up from one dream and fall asleep in another. Your favorite? You must tell us!

Map
Piazza della Signoria, 10
50122 Firenze
Opening Hours
You may be also interested in... From sunny California to the beating heart of Milanese nightlife: Dermalogica lands in Milan with its first Italian Flagship Store, a few steps from the Moscova stop, a meeting point between the futuristic city skyline and the buildings of the bohemian district of Brera. A new all-female story, born from Skin Therapist, Jane Wurwand, who, [...] Sparkling atmospheres, touches of light and color palettes that draw inspiration from the darkness of winter nights and warm and reassuring colors, all embracing the female figure between flowing fabric and iridescent shades. This is the wonderful dream told by CL - Chantelle Lingerie, which leads us towards that long-awaited Christmas atmosphere, and takes us [...] 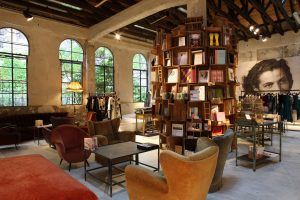 A hidden courtyard, immersed in a former industrial space once occupied by a workshop. An almost unreachable if not known place , behind the houses of Via Cola di Rienzo, 8 a few steps from the nightlife of Tortona and the Solari Park.  Antonio Marras, well-known name of the Sardinian fashion industry and all-round creative has decided [...] 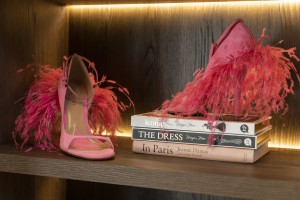 Ever since the high fashion clothing and accessory rental service, Revest, arrived in the Milanese capital, feeling like a star crossing the red carpet has suddenly become an achievable dream for everyone. Thanks to the intuition of the young founder - Costanza Beretta - all Milanese with a strong taste in dress, can rent their [...]