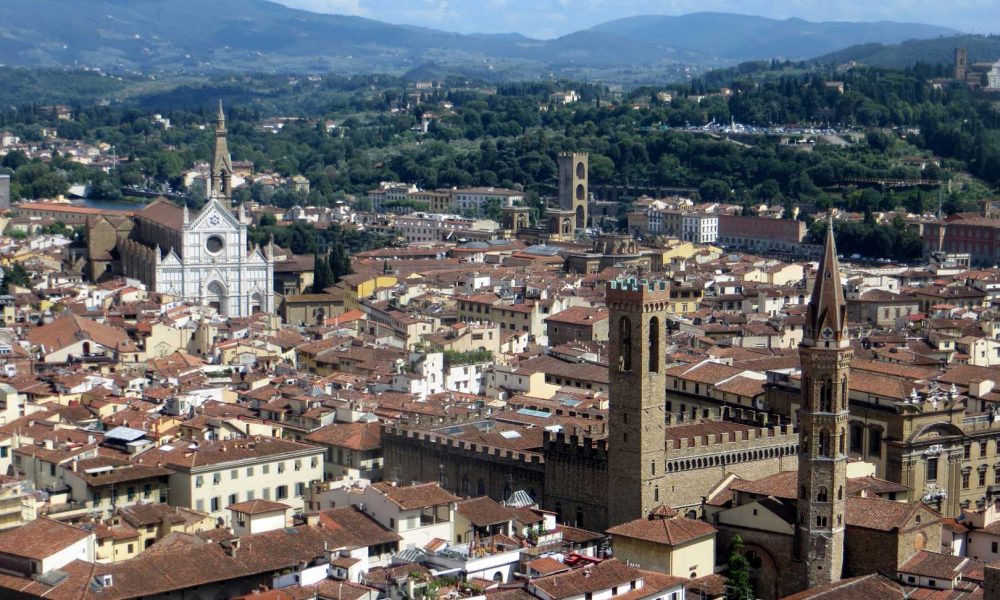 A place that holds endless wonders

At the end of via del Proconsolo, not too far from the Duomo, in front of the Badia Fiorentina, there’s one of the most important sculpture museums in the entire world: the Bargello Museum. Inside there are some of the greatest masterpieces of sculptural art. The marbles of Michelangelo Buonarroti, the works of Donatello, Verrocchio, Della Robbia, Benvenuto Cellini and Giambologna and then ancient Byzantine and Roman sculptures, busts and cameos. The result? Amazing.

This building, built by Lapo Tedesco and then gradually expanded and modified over the centuries, stands out from other historic buildings in Florence for its massive figure, devoid of external decorations, embellished, at most, by the Torre Volognana, which stands out with its fifty-seven meters above the city skyline. Inside there is the wonderful porticoed courtyard (already a small open-air museum in itself), with its monumental staircase leading to the upper floors. 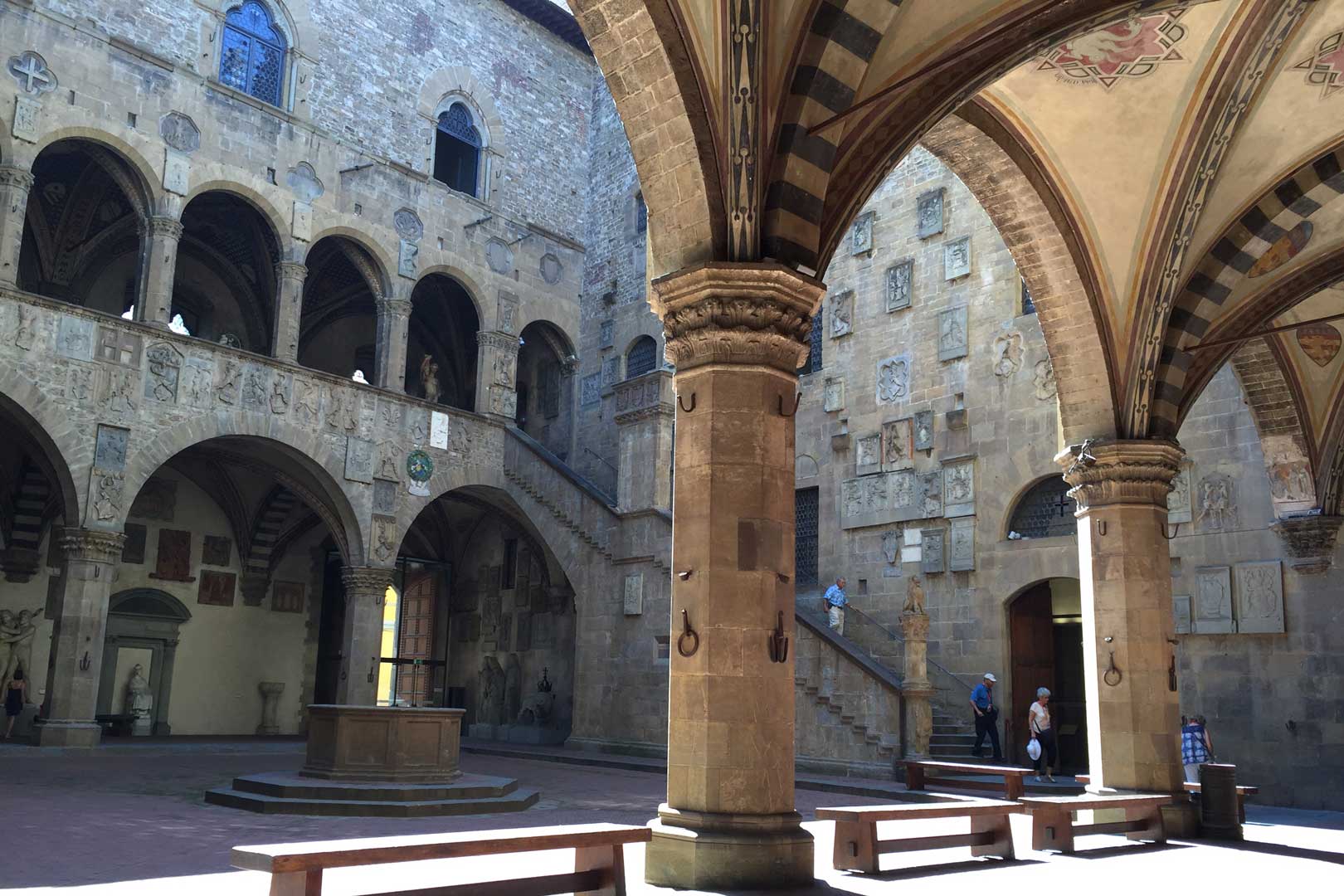 At the time of Cosimo de ‘Medici, the palace was, in fact, a bargello, that is the seat of the captain of justice, something halfway between a police station, a court and a penitentiary. In the mid-nineteenth century the entire building was studied and restored over more than twenty years. In 1840, during the studies in the Cappella del Podestà or della Maddalena, a portrait was found and it’s believed to be that of Dante painted by Giotto of which Vasari tells us in his fundamental work, the “Lives of the most famous artists”. 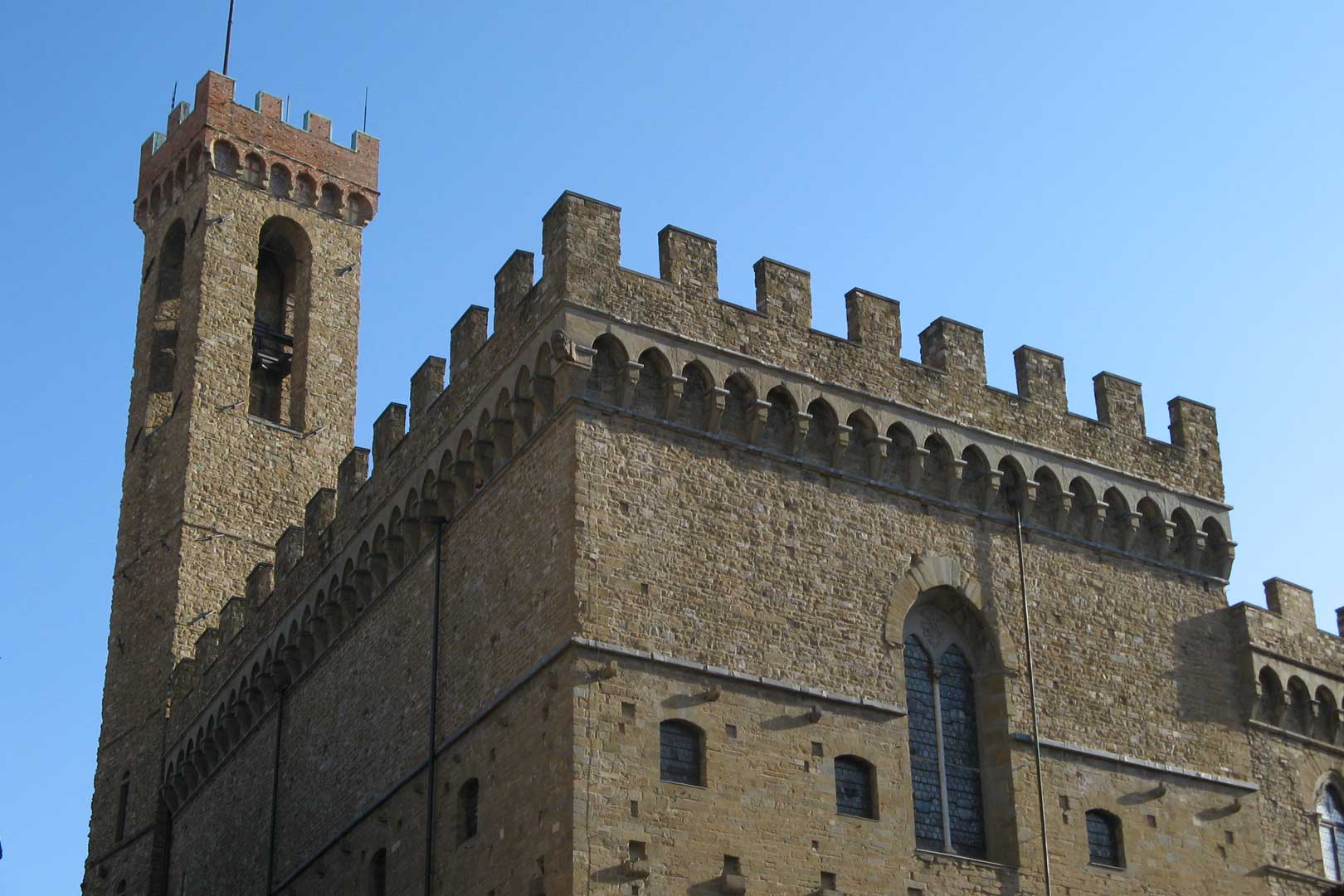 In 1865, six hundred years after its supposed foundation, the building finally became a museum whose collection expanded over the years to become one of the most remarkable collections of statuary in the entire world but also of majolica, jewelry and oriental art. Walking through its halls means walking in a dream, populated by hundreds of human figures whose poses and traits are forever immortalized in marble. Without a doubt one of the most evocative places of the entire city.