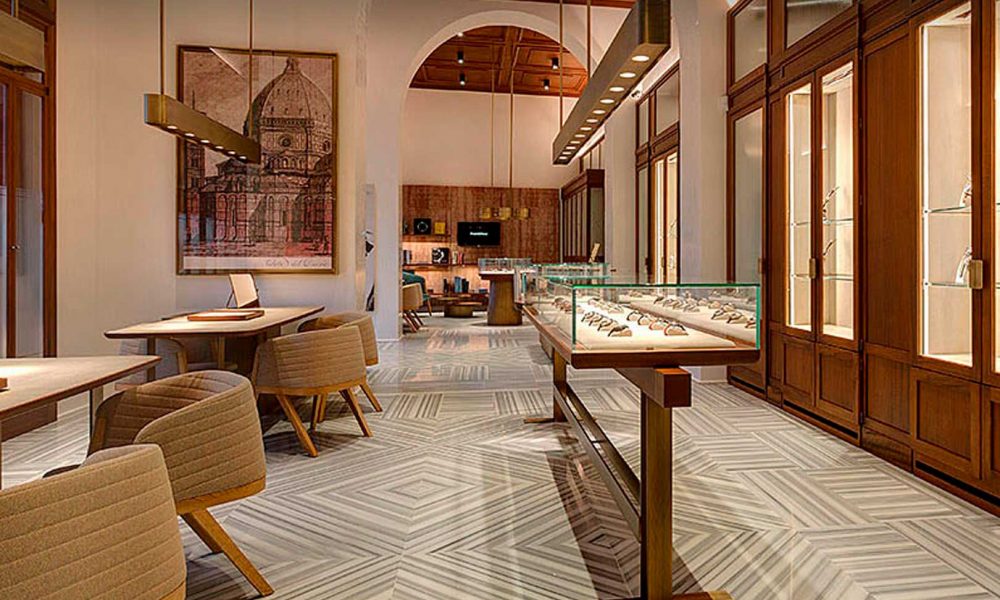 A name synonymous with perfection

What is the right criterion for evaluating excellence? Its own story. A long history studded with successes that continues without interruption until the present is the index to really understand the quality of what we find before us. Florence is full of places and names with a great history behind it, yet few can boast the same brilliant path of one of the most prestigious brands in the city: Officine Panerai.

It’s hard not to notice the beautiful boutique of these exclusive watchmakers. It’s located in Piazza del Duomo, and from its windows, inside, you can enjoy an ideal view of the Battistero di San Giovanni. It’s enough to overcome its doors to remove the noise of the crowds of tourists in the square and find yourself in a serene and impeccable environment, where the amazing creations of the brand are exposed as works of art in the windows.

Giovanni Panerai opened his first shop (and the city’s first watchmaking school) on Ponte delle Grazie in 1860. Soon the name Panerai grew and expanded and the store could move to the historical site it still occupies today, inside the Archiepiscopal Palace in Piazza del Duomo. He became the official watchmaker of the Royal Navy and his fortune was the Radiomir patent, a water-resistant powder that brightens the dials of watches and precision instruments, ensuring high visibility in all conditions.

In 1936, the first prototype of the Radiomir watch was created, the first underwater watch in history, designed for the navy. Over the years the original model was modified and improved constantly to respond to the increasingly specific requests of the Navy. It is precisely the constant research and innovation that is the most authentic signature of this brand and what has ensured its success over the course of a history of more than a century. 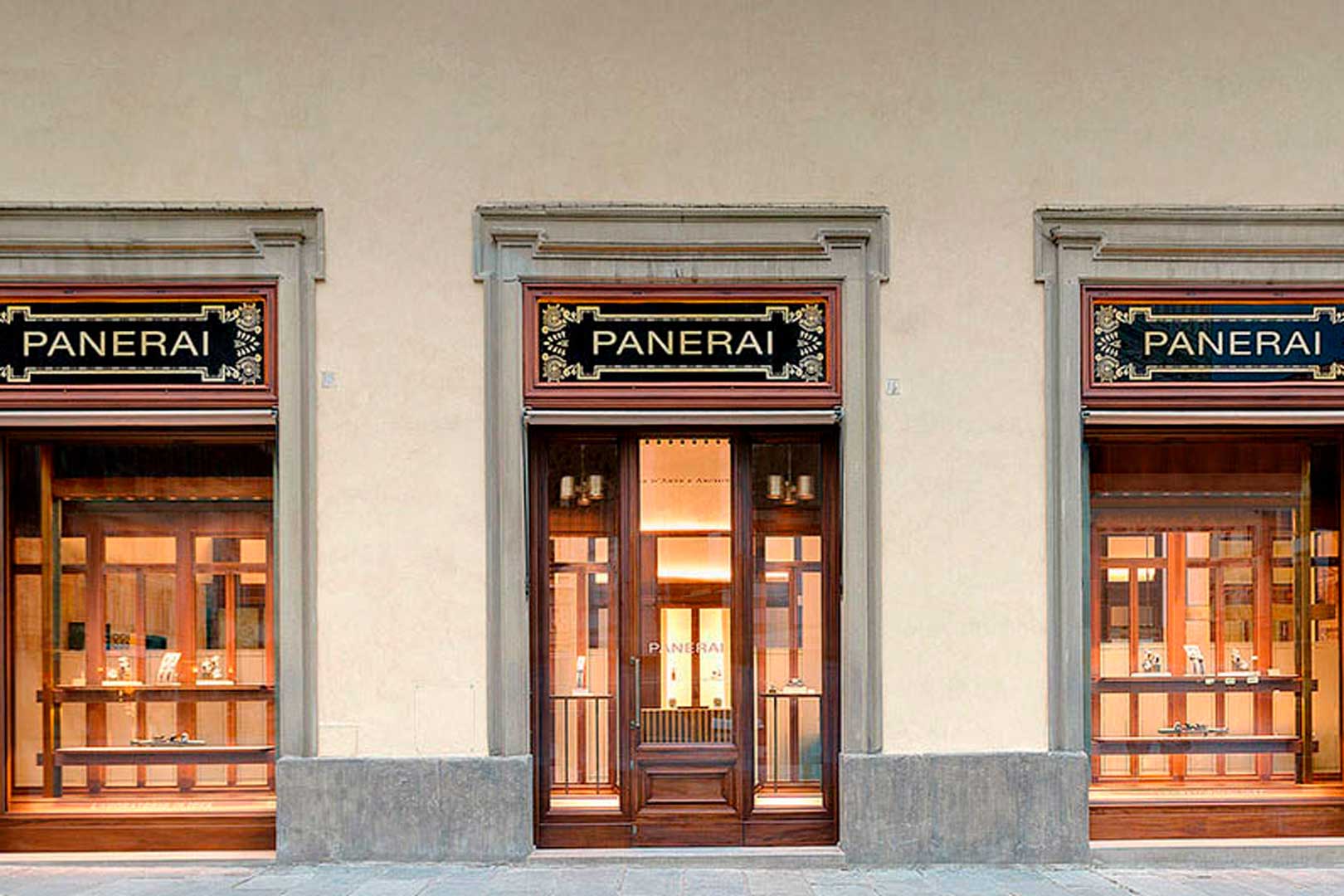 In the late 1940s a new patent arrived, giving the name to a new watch model: the Luminor. The new watches were produced from the 50s, raising even more the very high standards that had characterized the Panerai watches until then. Years passed during which the company grew, changed directors and evolved until, at the end of the 90s, it became a protagonist of the world of fine watchmaking. In 2001, after being restored, it reopened the historic boutique in Piazza del Duomo, which soon became a point of reference for the lovers of this art, thanks to special editions created specifically for the store.

The following year it inaugurated the Neuchâtel manufacture in Switzerland, combining Italian design with the proverbial Swiss skill for technical development and the creation of real mechanical masterpieces. And since then the road has been paved for success. Officine Panerai launched new and better designs, creating masterpiece such as the Jupiterium Panerai, clock and planetarium with a perpetual calendar that was born in the fourth centenary of the first celestial observations of Galileo Galilei; or the wonderful bronze watch of 2011 and in-house movements that are a very high expression of fine watchmaking. 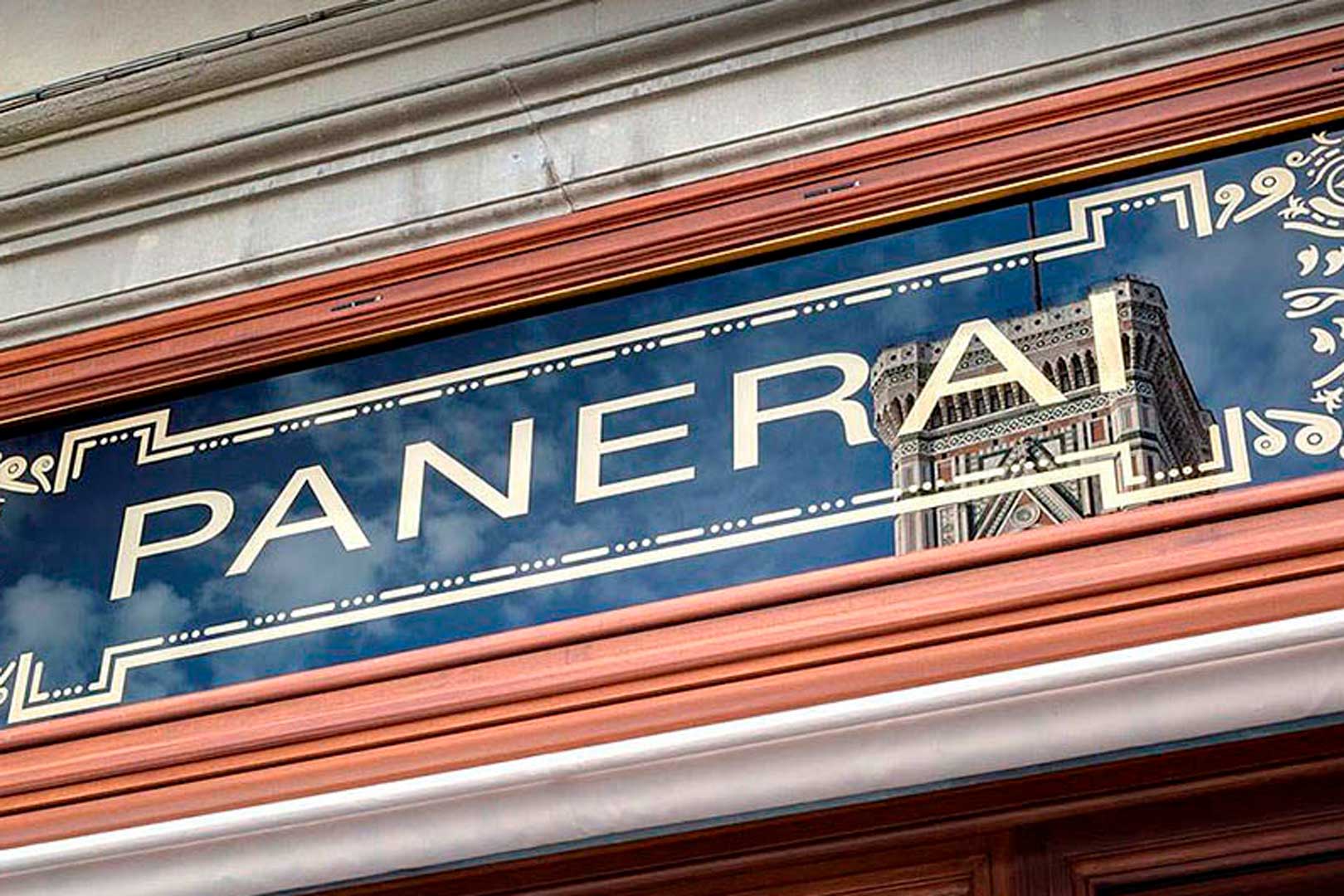 Today the Officine Panerai boutique is a real temple of design and elegance, with its original 1920s windows and its modern design signed by the famous Patricia Urquiola. Inside, you will find a staff that is not only very prepared to reveal the history of each product, but will assist in choosing the perfect model for you, offering you the possibility to customize some details of the watch.

One word of order: perfection. Nobody, as this brand, knows what it means to combine form and functionality to create a product with attention to every detail, whose quality is guaranteed by a name with a brilliant story to dazzle.