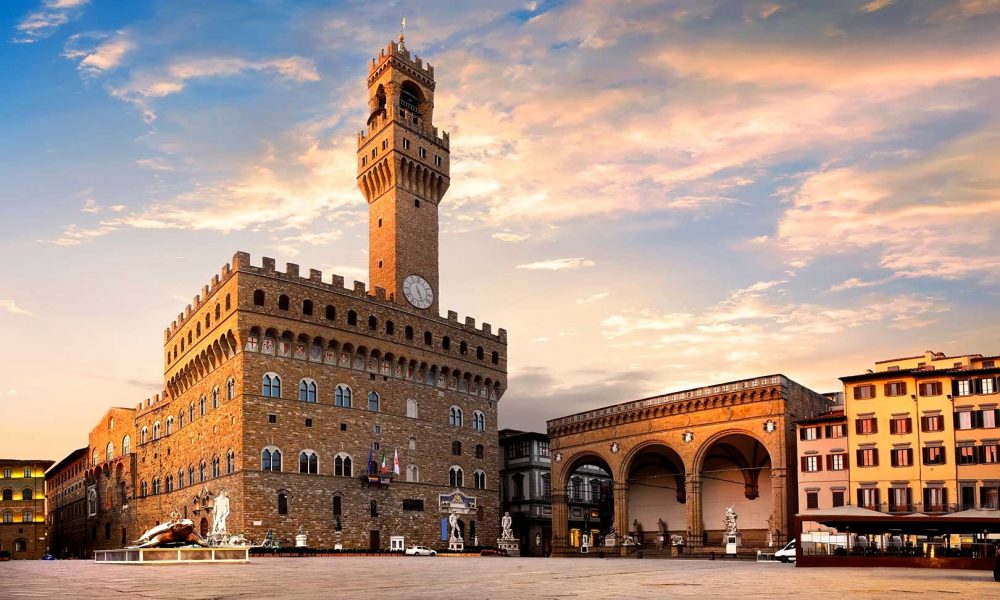 Centuries of art and history in the center of Florentine life

Piazza della Signoria, also known in the past as Piazza dei Priori and Piazza del Granduca, is the famous L-shaped square that was the heart of medieval Florence. It’s listed among the most beautiful squares in Italy and has witnessed centuries of history and art of the Tuscan capital, having been the stage of conflicts, executions and events that have marked the main events of the city and the nation. 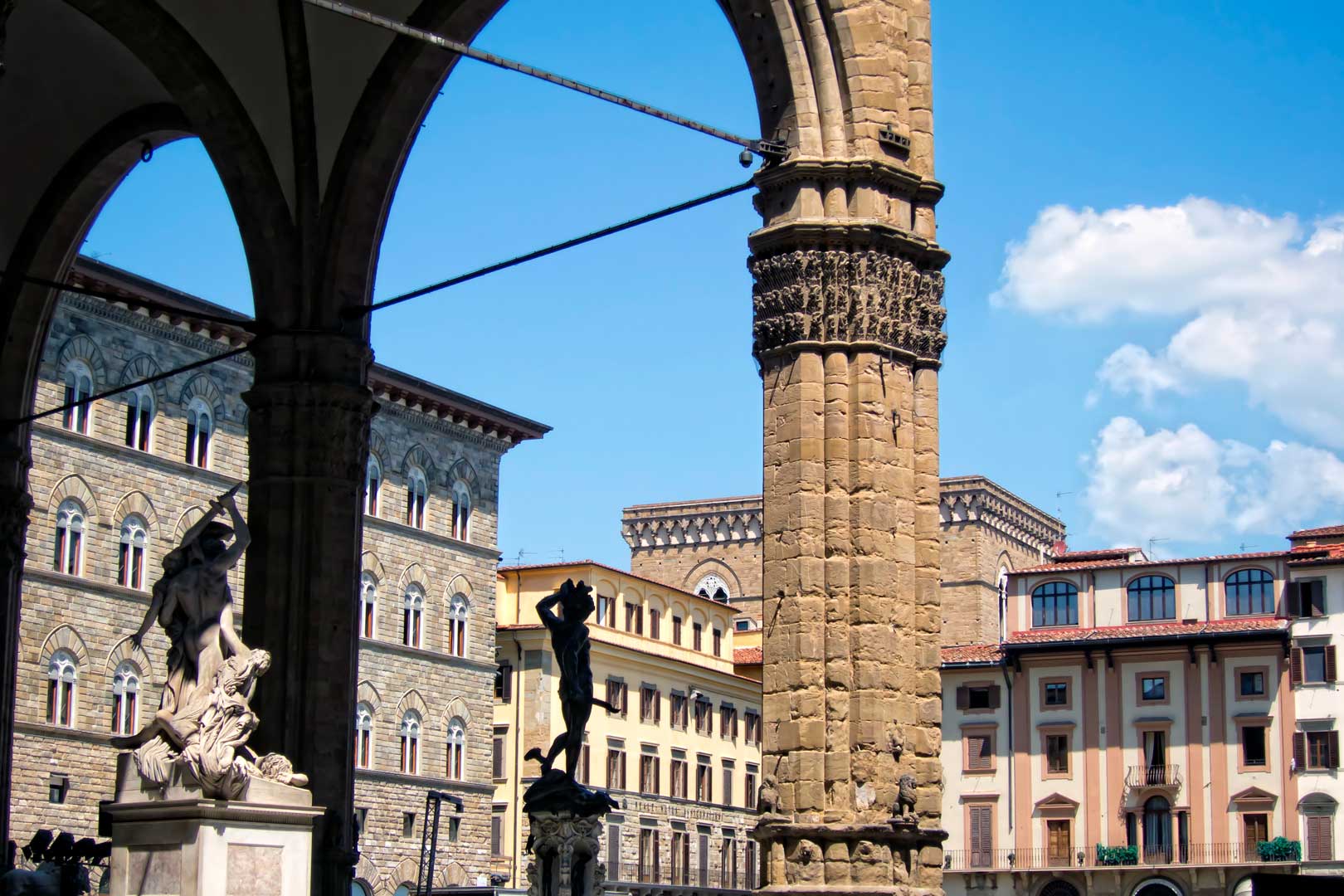 In 1268, the Ghibelline houses located in the area were demolished by the rival Guelfi faction, victorious in Benevento. They were forbidden to build on the liberated area, which, razed to the ground and sprinkled with salt, slowly began to transform itself into the square, the fulcrum of Florentine life that is still presently. At the end of the thirteenth century, when the Palazzo Vecchio was built, the square became the center of political life in the city, as opposed to the religious center represented by Piazza del Duomo and the economic one, once constituted by the Old Market. As well as being the seat of civil power, the square was, sadly, also the place of public executions, including the famous hanging and the subsequent burning of the preacher Girolamo Savonarola accused of heresy in May 1498. 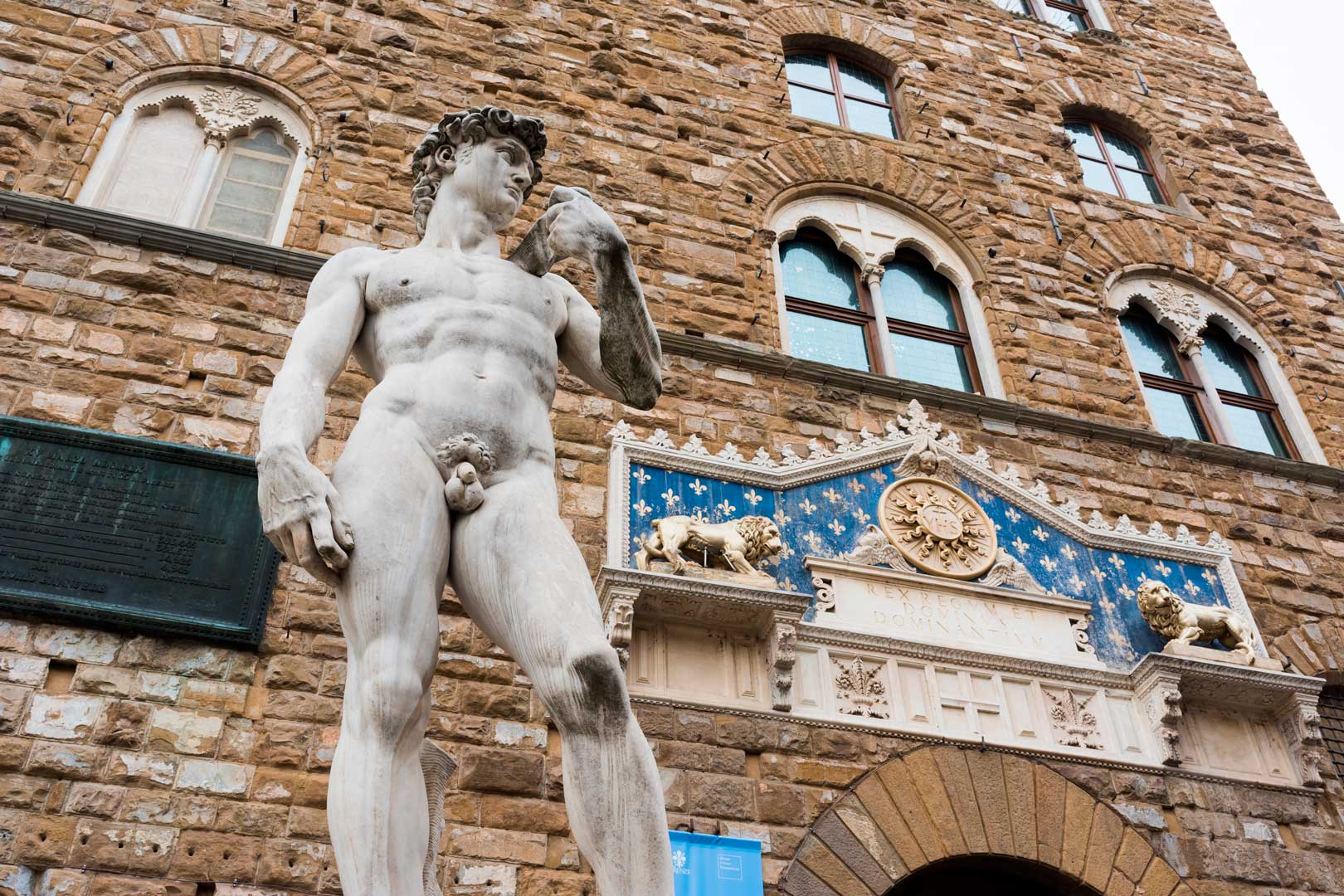 The square is dominated by the Palazzo Vecchio, emblem of the civil architecture of the ‘300, now Townhouse  (as well as museum and archaeological site) and its famous tower by Arnolfo di Cambio. Visiting the Piazza, however, you can see art looking in every corner. At the entrance of Palazzo Vecchio stands the copy of Michelangelo’s David placed in the same position as the original, which can now be admired at the Gallerie dell’Accademia. Copies of originals are also the bronze of Giuditta and Oloferne and the Marzocco, the lion holding the lily shield under its paw, both works by Donatello. 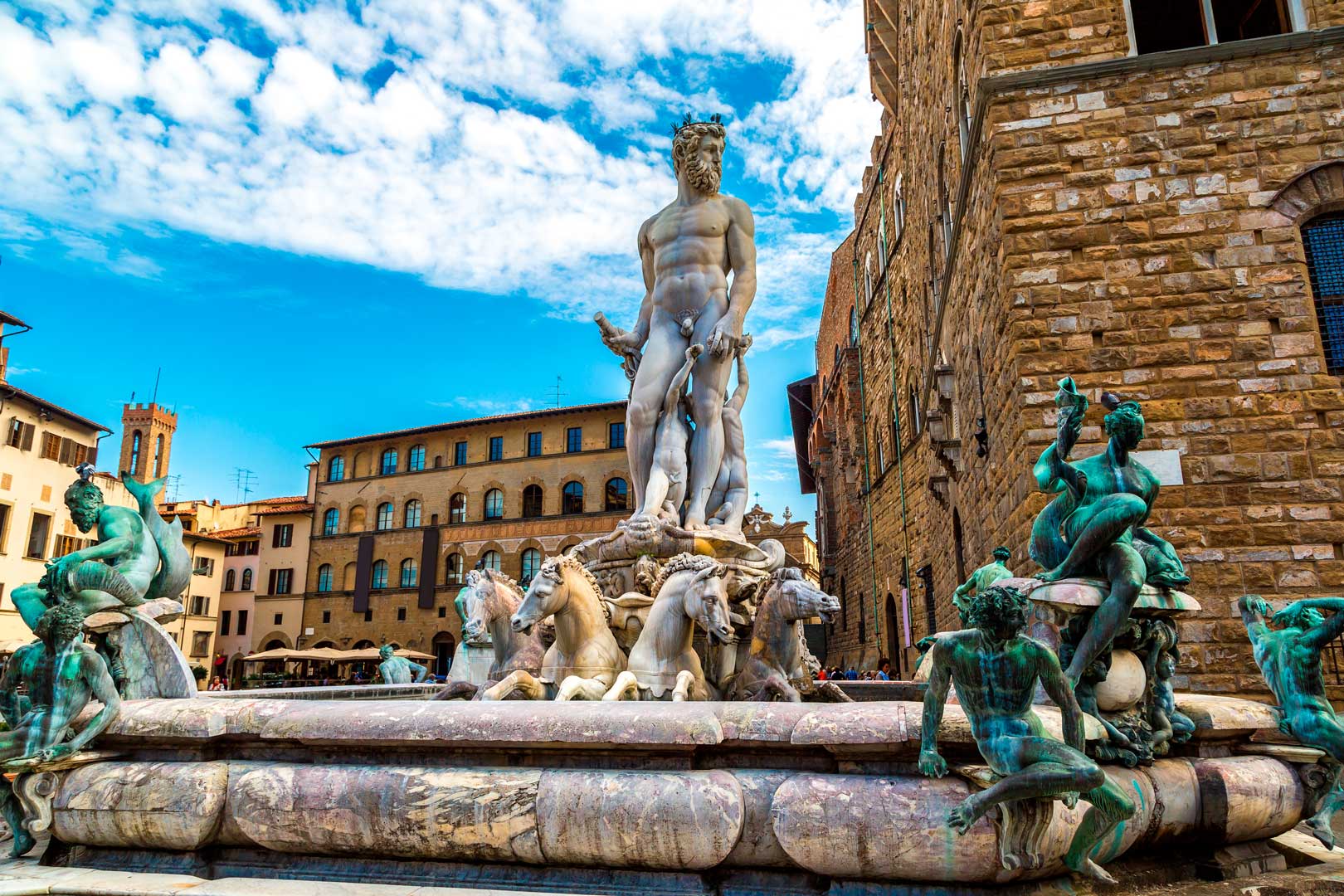 Important positions for the Equestrian Monument of Cosimo I by Giambologna and the Fountain of Piazza or Fountain of Neptune appealed by the Florentines “il Biancone”, the city’s first public fountain. The Loggia della Signoria or dei Lanzi, an anciently covered arengario, from the 16th century is a veritable open-air museum, hosting sculptural masterpieces such as Giambologna’s Ratto del Sabine and Benvenuto Cellini’s Perseus. Also overlooking the Piazza, the prestigious historic buildings such as the Court of Merchandise, originally appointed to resolve disputes between the Arts, and Palazzo Uguccioni with its classical architecture. 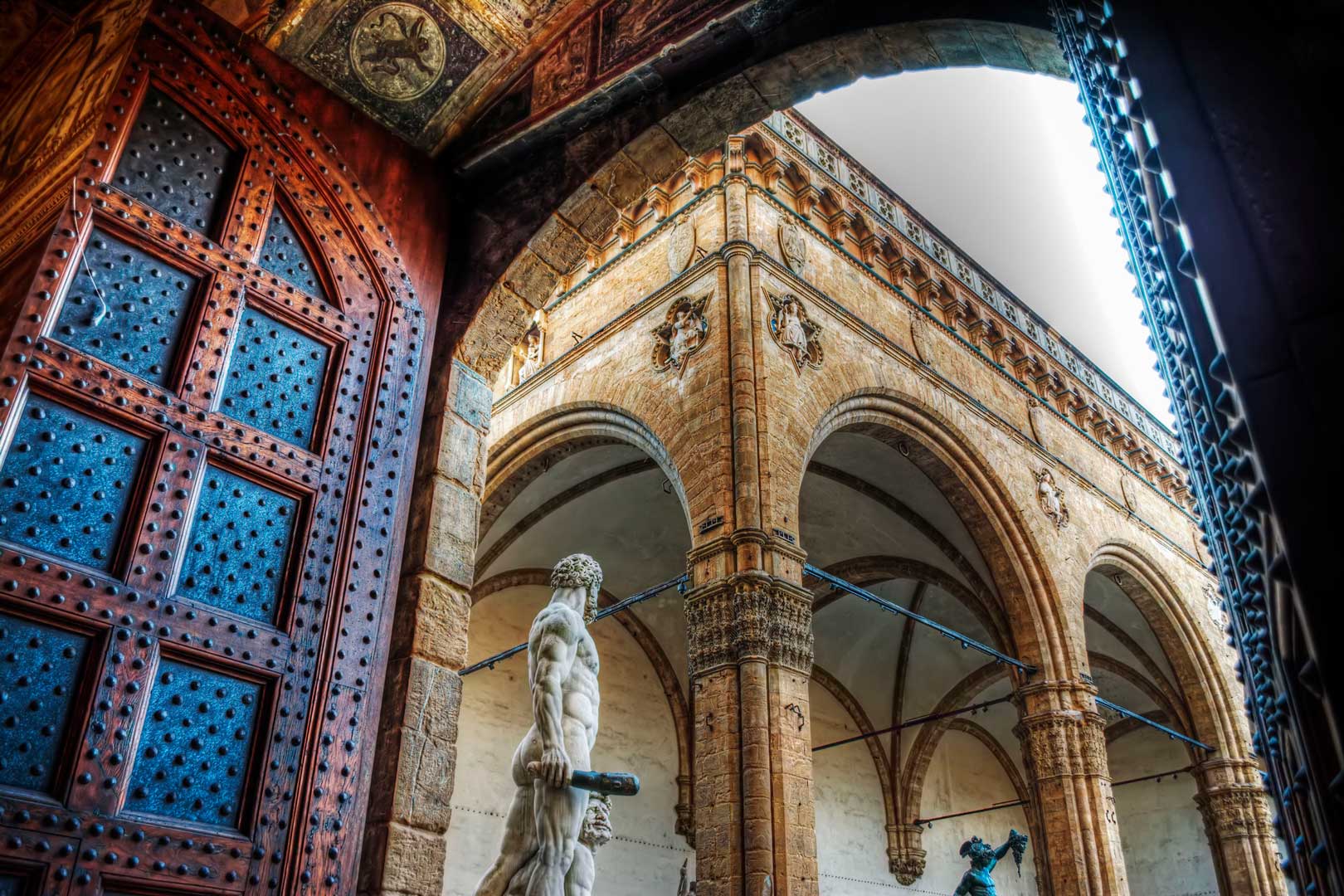 Even today, the square retains the ancient role of privileged urban space of the city life of Florence: meeting place, stage for tourists and venue for parties and ceremonies. A magical place in the city that combines the glories and sad pages of Florentine history with the patronage and passion for the beauty of its rulers.

Map
Piazza della Signoria
50122 Firenze
You may be also interested in...