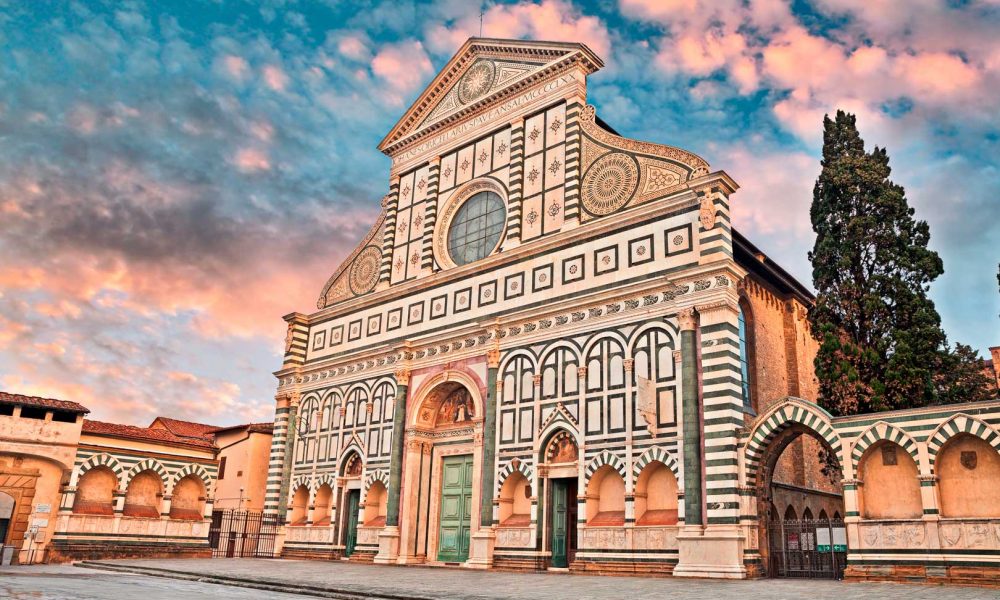 When history and beauty intertwine

Santa Maria Novella is a piece of the soul of Florence, a place so important that it is on its churchyard that Boccaccio began his Decameron. Over the centuries the basilica has grown starting from a small initial nucleus, built in the ‘200, up to become one of the most precious, elaborate and best preserved architectural complexes in the world, custodian of the most important pages of the city’s history.

Great Italian Renaissance names such as Leon Battista Alberti and Giorgio Vasari worked on the architecture of the church, who worked on the previous building which was in Gothic style, a style that has been preserved within the basilica. All around are developed the chapels and the cloisters, places from which the greatest artists of history have passed  Just think of the Tornabuoni Chapel, frescoed by Ghirlandaio together with his assistant shopkeeper, the young Michelangelo Buonarroti. 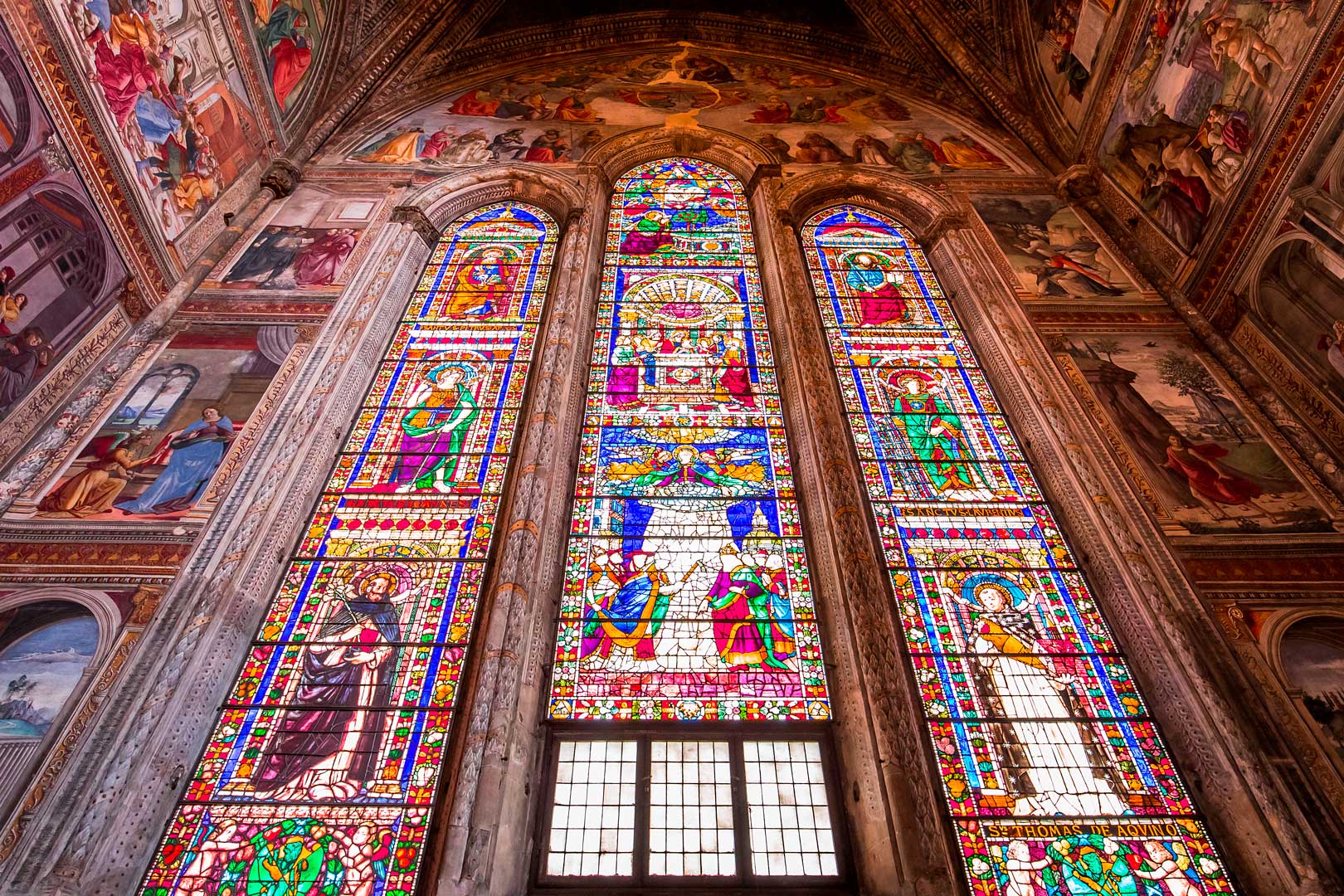 Filippino Lippi frescoed the Strozzi Chapel, in the Gondi Chapel is preserved the Crucifix by Brunelleschi, works by Bronzino are kept in the Gaddi Chapel while, at the bottom of the central nave, there is another Crucifix, but by Giotto, while on the main altar there is the Crucifix by Giambologna. The external side wall of the basilica consists of a series of arched niches, are the famous “avelli”, the tombs, which give the name to the adjacent street and welcome some of the most illustrious names of the Florentine families: Medici, Corsini, Acciaiuoli and many others. In the third avellar, starting from the façade of the church, is buried the painter Domenico Ghirlandaio.

Next to the basilica there are the convent buildings, whose three monumental cloisters are now part of the Santa Maria Novella Museum. The Chiostro Verde is so named for the particular frescoes by Paolo Uccello made in “green earth” (a particular pigment whose color also gives the cloister its name.) Then there are the Cappellone degli Spagnoli, the refectory, il Chiostro dei Morti, la Cappella dei Papi. From the south side of the Grand Cloister there is the entrance (still visible but now closed) for the Pharmacy of Santa Maria Novella, also known as Officina profumo-farmaceutica, the oldest in Europe. 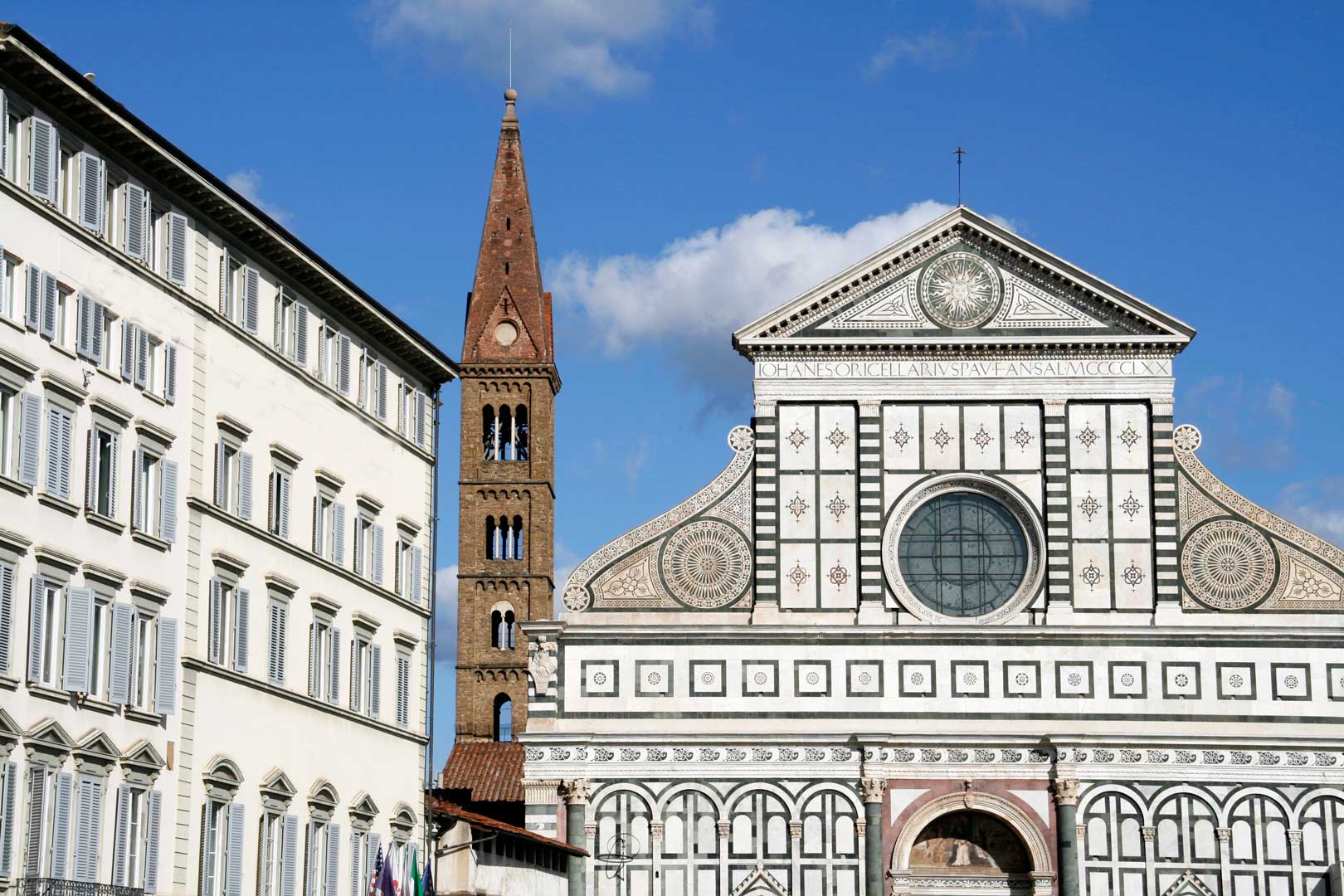 Exploring the complex of Santa Maria Novella means, in short, diving into the history of the city, walking where the great have walked and observe the wonders of art up close, feeling far from the modern world and its logic and visit a distant past instead that can still surprise us with all its beauty.

Map
Piazza di Santa Maria Novella, 18
50123 Firenze
You may be also interested in...