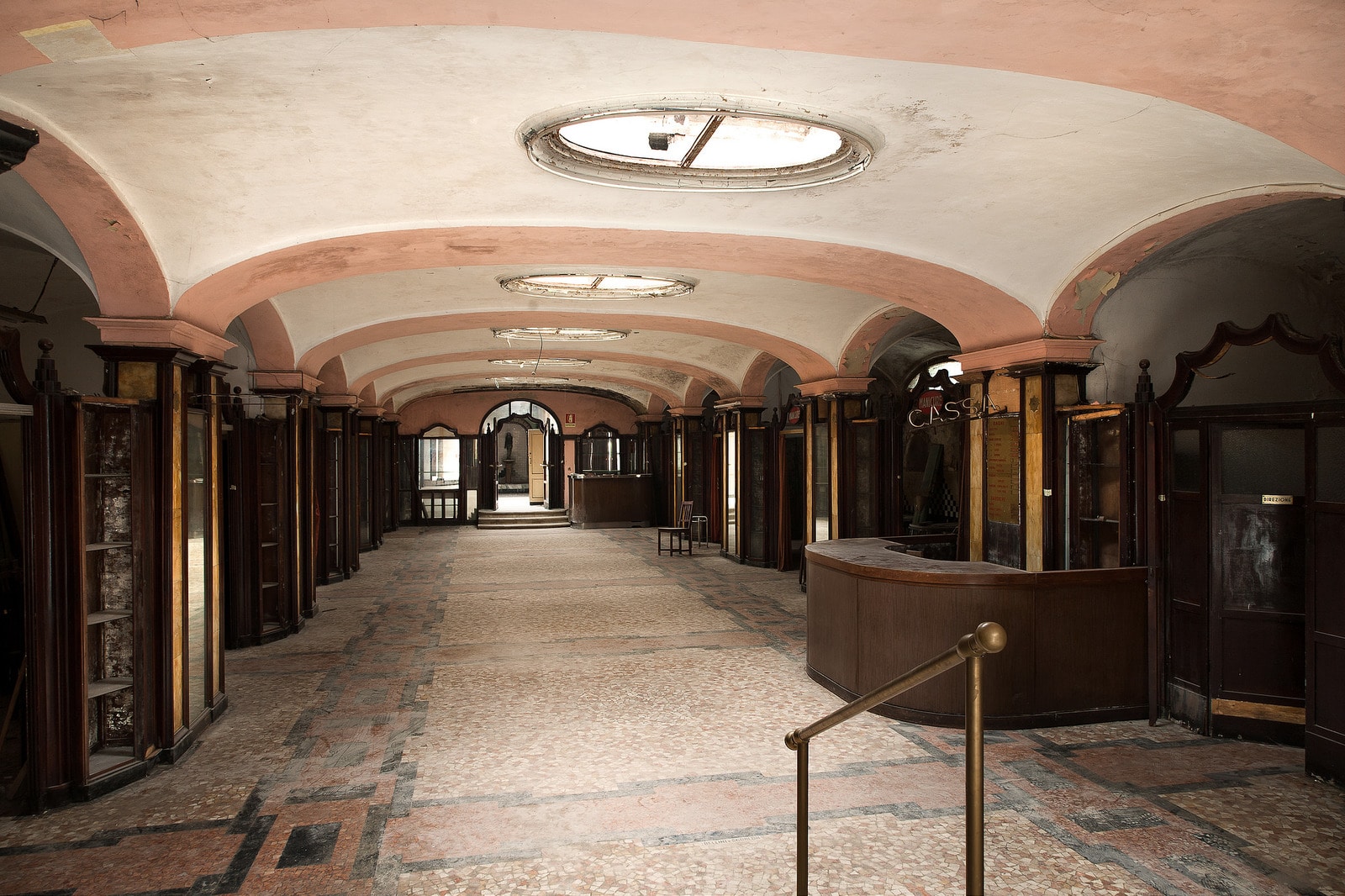 The oldest spa in the city, a blend of wonder and melancholy

We’ve all found some hidden jewels in Milan – corners, courtyards, and palaces, strange or hidden. But few could imagine that Milan hides treasures under the ground.

When you descend from the stairs of Piazza Oberdan, you’ll notice a closed door and a sign saying ‘Albergo Diurno Venezia’.

Thanks to the FAI, this door is sometime opened…

You are greeted by a wonderful elaborate tiled floor and a large salon. You see a photo stall, an information office, a beauty salon, and an elegant barbershop with several stalls, complete with a large mirror, and swivel armchairs in ruby red leather. 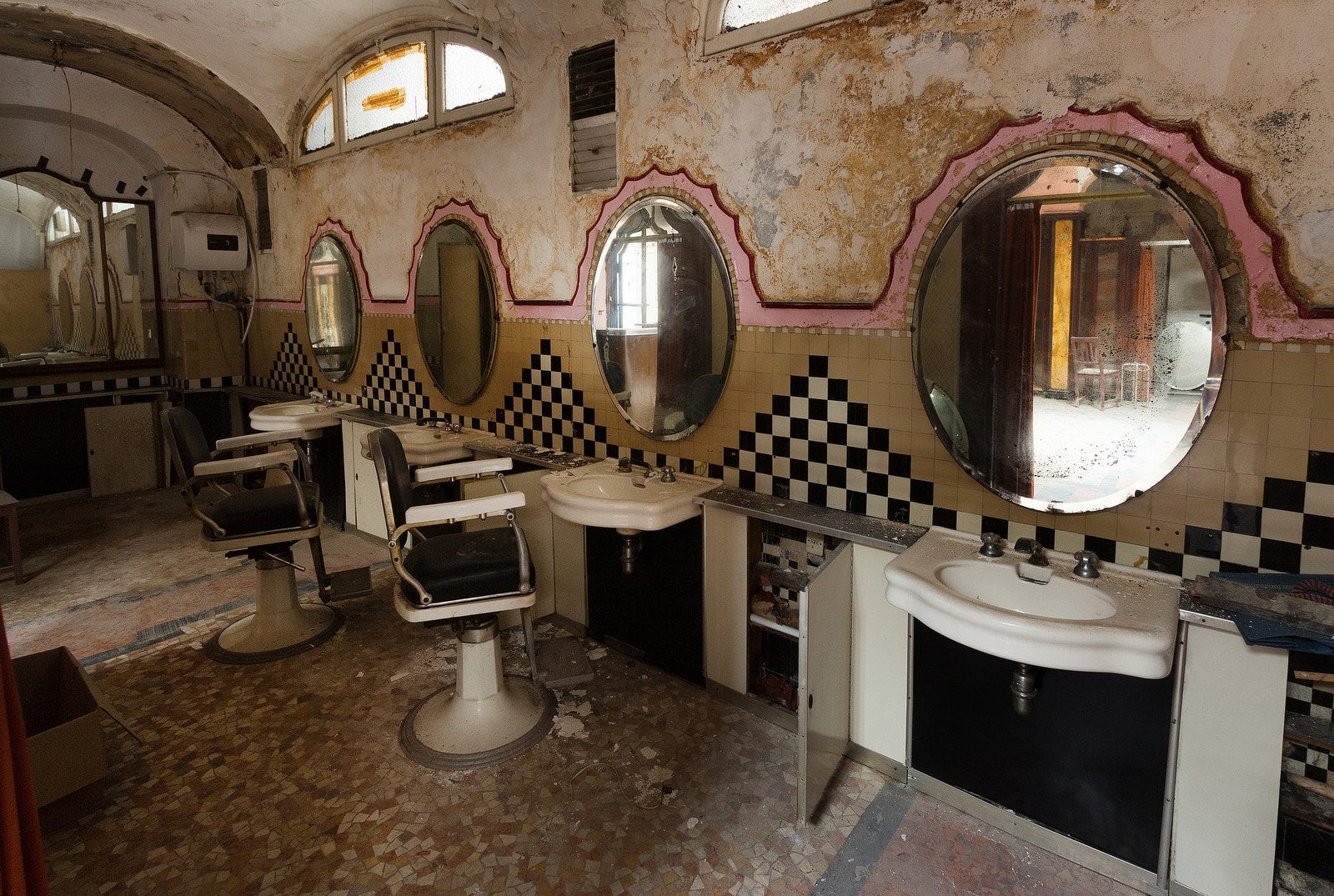 With this set design it is easy to imagine the scenes that took place here and the people who visited. You imagine elegant ladies adjusting their hairstyles or buying new hats. Businessmen getting their haircuts and their beards trimmed. Gentlemen getting their shoes polished after a walk in the gardens. Married couples booking a railway ticket for their honeymoons.

We go further in this subterranean hotel and discover the mosaic that reminds us of the inauguration of the spa complex. You can find two parallel corridors each with a succession of doors that store rooms with huge bathtubs and washbasins, each one with black striped walls or rendered in pastel shades.

Trapped in a decadence that combines amazement and melancholy, you can walk down to the bottom and find yourselves in the original shelter in via Tadino, so vast is the extent of this place. You can also find two concrete pillars that are actually the exhaust ducts of the steam for the spa. 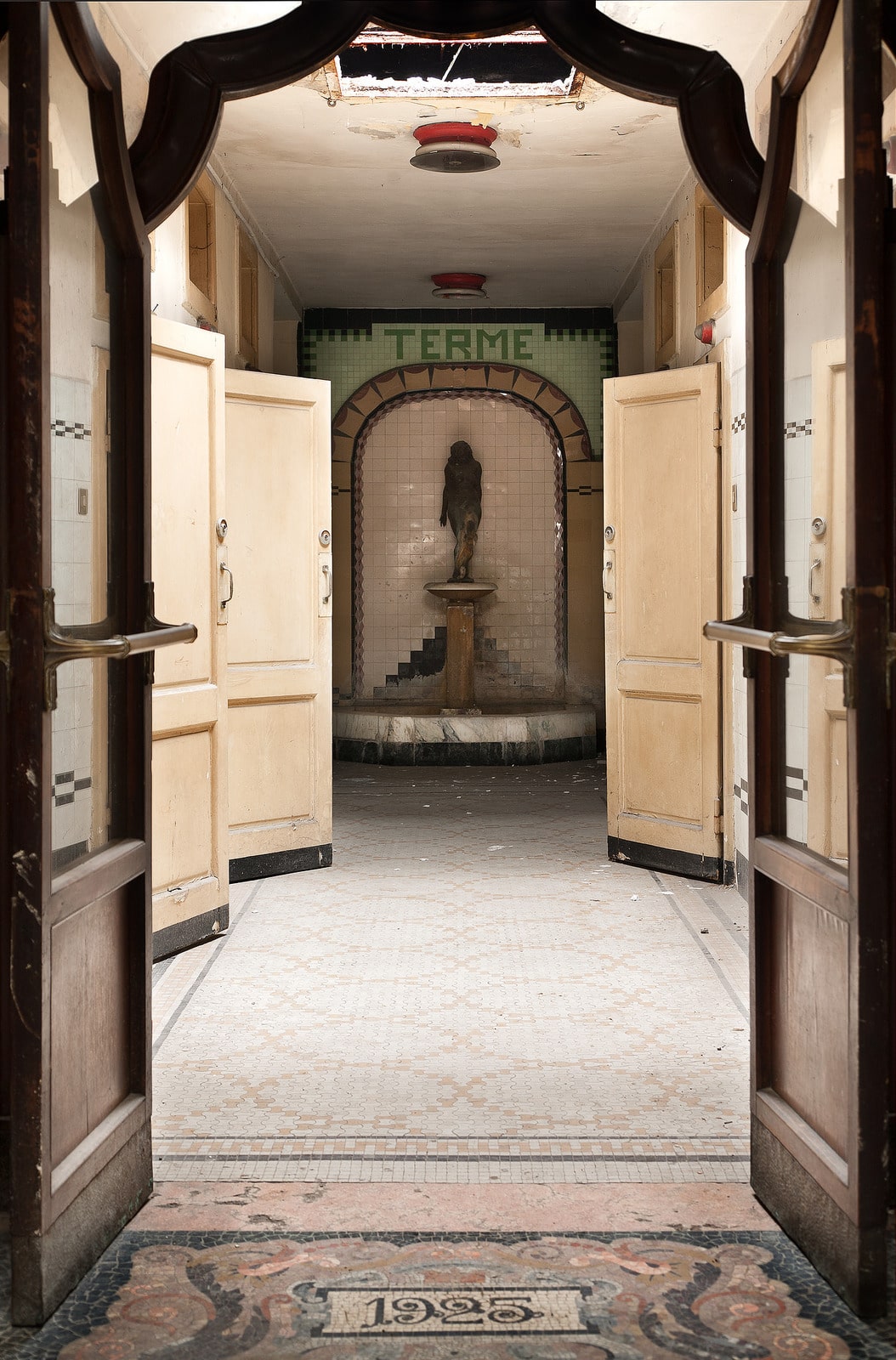 This is a story that begins in the early 1900s when a businessman named Cleopatro Cobianchi had a chance to do several business trips to London with his brother Stanislao. The two carried forward the interests of the family business, they were producers of a certain Amaro Montenegro. He was impressed by the success of the baths adjacent to the London’s metropolitan stations: clean, well-kept areas where travelers and non-residents could take advantage of the public baths, showers and additional amenities such as hairdresser and barber.

Milan’s Diurni hotels were not just public baths that could help you overcome the problem of hygiene, they were spas, because they were dedicated to individual well being as well as providing additional services. Stylish and spacious rooms were designed in liberty or art deco styles and furnished with precious furniture and refined details such marble floors, mosaics, brass taps and colored glass.

The spas were immediately successful, used not only by travelers, but by many Milanese. The official name was the Albergo Diurno Metropolitano and it was open every day from 7 am until 2 am. It was designed by the engineer, Troiani, while the interior details were entrusted to Piero Portalupi. It was opened in 1926 but closed in 1985 when the services were dropped one by one, ending finally when the barber closed its doors in 2006.

Keep an eye on the FAI’s calendar for when it opens its doors next!

Map
Piazza Guglielmo Oberdan,
20124 Milano
You may be also interested in...