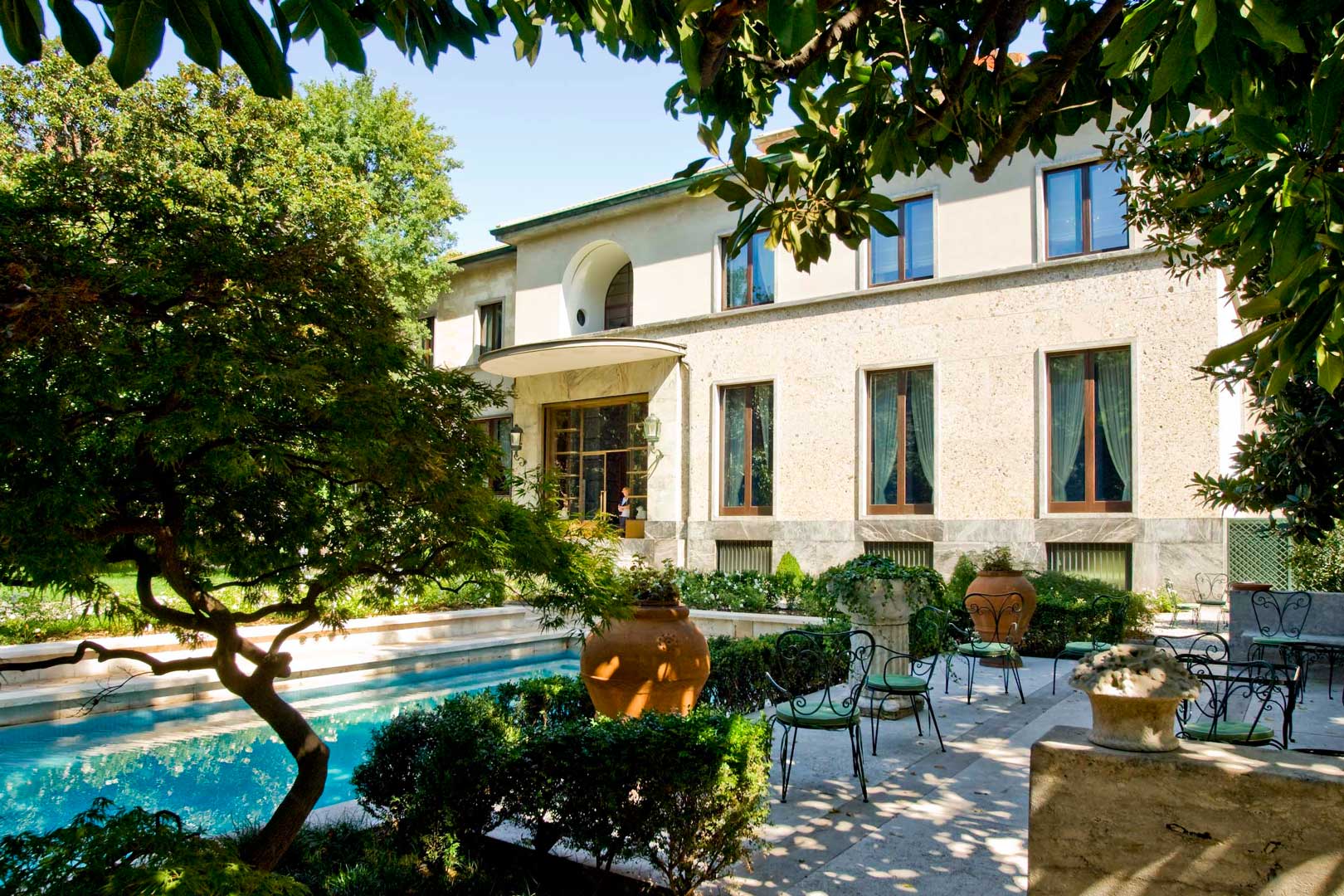 The 25th anniversary of the initiative promoting Milan's artistic heritage

You’ve seen those long queues in the city the first weekend of Spring? Well, they’re not for fashion sales or for Masterchef auditions.

Each spring, to mark the season of beauty, the Fondo per l’Ambiente Italiano gives us the opportunity to look around and see the extraordinary and unique artistic heritage and cultural landscape of our country.

This Saturday 25 and Sunday 26 of March, marks the return of the Giornate di Primavera del FAI – two days during which the doors of palaces, churches, foundations, national or regional authority offices which are normally closed, are opened to the public. Volunteers and guides will accompany and reveal these secrets.

This year marks the 25th anniversary of the initiative, and to celebrate, the Foundation has made it an even bigger occasion, by making available over 1,000 sites throughout Italy. To give you an idea of what a special occasion this is, when the festival first began, only 50 sites were open in 30 cities across Italy.

The initiative was part of a growing interest in the last quarter century in art, history, culture and above all, beauty. Thanks to the FAI, many places have been rediscovered, saved and valued. Those already subscribed to the FAI will enjoy a fast track with exclusive benefits and access to special events. If you still haven’t done this, you may be able to subscribe on the spot.

Those who wish to contribute to the Foundation’s initiatives can register with a small donation on the day of their visit, or by sending an SMS to the number 45517 before 3 April.

This weekend, dedicate some time to discovering the wonders of Milan. Flawless Milano’s definitive guide is here to help you optimize the time.

For further information, and to see a list of all open attractions dowload the FAI app or go to http://www.giornatefai.it

Founded in 2008, the Fondazione Gianfranco Ferrè preserves and celebrates the work of the famous Milanese stylist designed throughout his storied career. It is a must see for all fashion lovers.

A journey into the heart of the Milan headquarters of the central bank, this guided tour of the offices, halls of assembly and the charming boardroom is a mustsee. All of the spaces are enriched with wonderful works of art in a historical building that dates back to the early twentieth century.

A monumental building overlooking the Piazza degli Affari, Palazzo Mezzanotte is the seat of the Italian Stock Exchange and is the center of financial life in Italy. The FAI will make it possible to visit the former Sala delle Grida, the Roman excavations and the treasures that decorate the walls.

The seventeenth century Palazzo Pusterla is now the headquarters of Banca Generali but was once the home of the ancient Lombard family, the Pusterlas. The interior spaces are intended for the promotion and enhancement of national artistic heritage including many temporary exhibits. Don’t miss the special exhibition, “Confidence” by Michele Alassio on show at the Palazzo Pusterla.

FOR THE FLAWLESS MILANO ADDICT

This Art Deco gem opened in 1926 and was designed by architect Piero Portaluppi along with decorator Alfredo Schocchera, two great Italian craftsmen. A wonderful and iconic part of the city that should not be missed.

Accessible only to registered members of the FAI.

A quiet garden in the heart of Milan surrounds the beautiful house-museum, Villa Necchi Campiglio. Designed by renowned architect Piero Portaluppi, this is a true jewel of art and architecture which frequently houses new art collections.

On 25 March, the Quartet Guadagnini will perform in a tribute to Fiorenzo Carpi, in collaboration with the Piccolo Teatro di Milano.

FOR THE ASPIRING ACTOR AND DIRECTOR

Inside the monumental Palazzo Carmagnola, home to the historic Teatro Grassi, you will be guided through the spaces usually blocked off from the public. Here you can find the remnants of a noble past.

A journey into the oldest public Italian theater. See how wonderful stage illusions create the magic of a show.

FOR THE ARTIST AND BOOKWORM

Established in 1776 with the intent to redevelop the artist’s craft, the Accademia di Belle Arti di Brera is a symbol of Brera which never ceases to renew itself. For the 25th anniversary of the FAI, will be able to see the historical plasters buried in the Palazzo, and also see the assets of the paintings from the Accademia’s vault.

For the first weekend of Spring, Palazzo Crivelli, one of the most prestigious buildings of 18th Century Milan opens its doors with the exclusive opening of two beautifully frescoed halls that have never been opened before. Don’t miss the historic garden hidden inside, that over the centuries has been used by famous writers and artists.

FOR THOSE WHO WANTED TO BE A FIREMAN

One of the largest military complexes in Italy, the Santa Barbara barracks was until last last year, the home of the legendary Light Horse Battalion the Voloire, and the Artillery Regiment.

One of most significant monuments of the city as well as one of the last examples of the imperial buildings. The Appiani building is designed to be the Imperial Forum and the Arena Civica showcases the importance of sporting culture in Milan.

FOR THE WINE CONNOISSEUR

Part of the fabric of this city is the Fratelli Branca Distillery, one of the last still active factories in Milan that has survived time and become an emblem of the cultural and industrial heritage of Milan. Since the beginning of 2000 the collection Branca Museum has joined the Associazione Musei d’Impresa.

The Historical Archives in the Ospedale Maggiore contains thousands of documents form the Middle Ages to today. Among the FAI 2016 “Places close to the Heart”, the institution’s history will be traced.

Founded in 1588 at the behest of San Carlo Borromeo, this institution is entrusted to the religious order of St Giovanni di Dio, dubbed the Fatebenefratelli. It is one of Milan’s oldest hospitals, and as such is a place rich in history.

For almost 50 years, this building was the tallest in Milan. Designed by architect Giò Ponti in 2961, it stands at 127m and remains one of the iconic symbols of the city.

Dive into the history of Milan of the 19th and 20th century, told through the lives of the boys who grew up within the Martinitt Orphanage. An experience made even more immersive thanks to the latest technology that will allow you to discover the rich history of Milan.

The Palazzo Archinto is an example of late neoclassical architecture, and was commissioned by Count Giuseppe Archinto at the beginning of 1800. Since 1865 the Palazzo has housed a girls school founded by Napoleon.

PALAZZO DI VIA FOSCOLO 1 – WHERE THE BEATLES  MET TURATI AND THE OFFICE OF TOMORROW
Via Ugo Foscolo, 1

Now home to Boston Consulting Group, this palace was built in 1870 and looks to the past and to the future. Visitors will see the auditorium, the hi-tech areas, the botanical garden and terrace overlooking the Duomo, made famous by that photo of the Beatles.