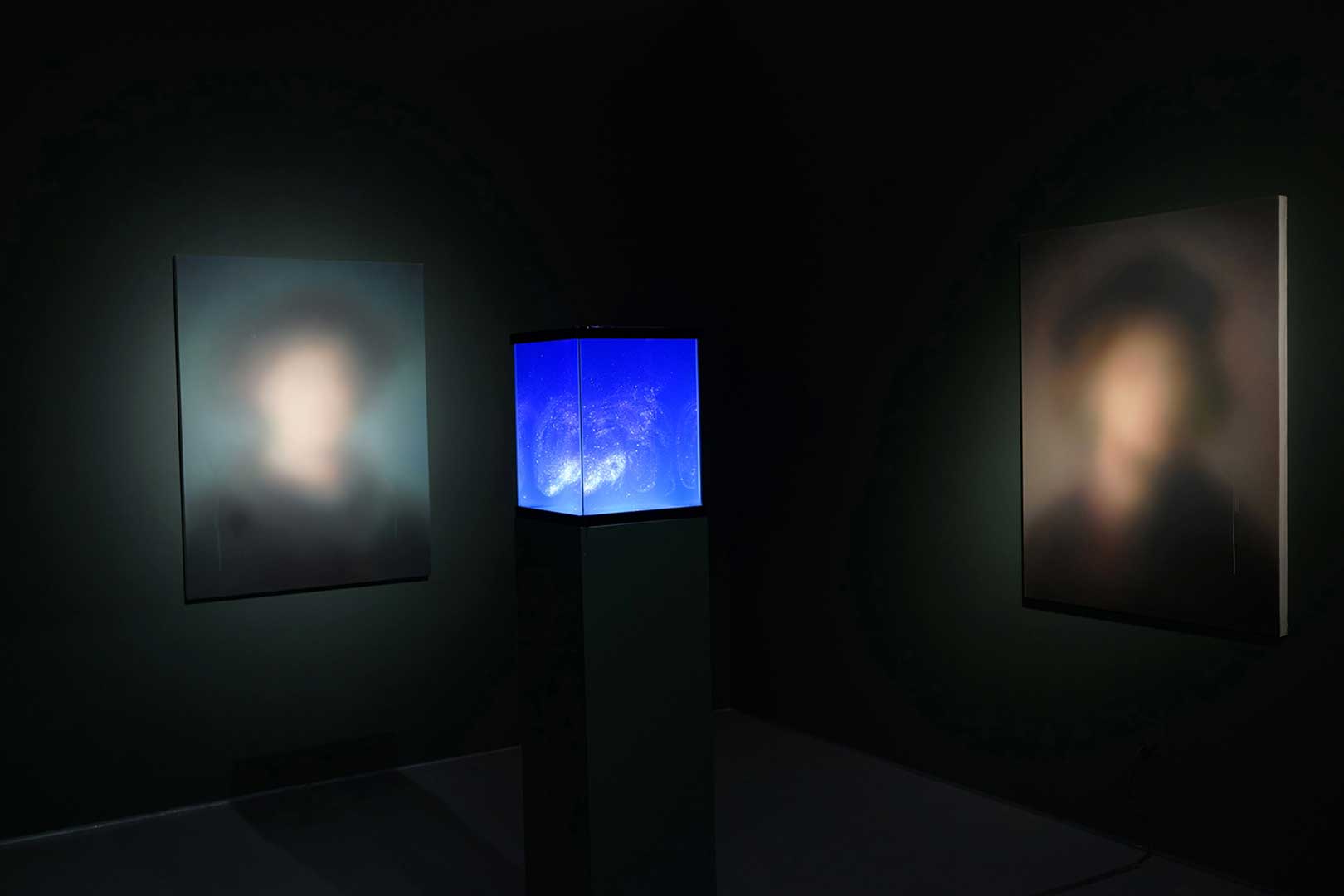 A short circuit between reality and imagination, certainty and doubt

The Miaz Brothers (Roberto and Renato) return from Valencia in Spain to their home city of Milan with a fascinating new exhibit, ‘Hazy State of Affairs’. Running from 16 February to April 8, this exhibit showcases the brothers’ innovative approach to portrait painting which has won them international acclaim.

Having traveled the world, Roberto and Renato explored and honed new artistic techniques in the realms of video, painting and photography. Today the artists are best known for their use of acrylics to produce large evocative portraits which are blurred and out of focus.

The Miaz brothers have exhibited in some of the most important galleries and fairs around the world, but from time to time have also exhibited in some of Italy’s sleekest nightclubs and other public places, hoping to elicit an instant and spontaneous reaction to their work. The Wunderkammern in Sant’Ambrogio is now providing Milanese with the chance to view the Miaz brothers’ work with singular focus by exhibiting them here as a solo show.

In ‘Hazy State of Affairs’ the artist technique and the pieces exhibited parallel a modern conundrum that truth and the way it is told is dulled, altered and fundamentally unintelligible. The pieces are soothingly ethereal, unformed and dematerialized, and invite the viewer to stand back to gain a better (though still incomplete) understanding of what lies beneath. The fact that the Miaz brothers have chosen to practice in the field of portraiture underscores the human elements in this disjuncture between reality and the way it is described. Viewers find themselves trying to understand, to piece together, what lies beneath this acrylic haze, by stepping further and further back, gaining a more holistic, and yet paradoxically more focused understanding of the works on display, only to come to the eventual realization that what they are unable to ascertain.

Entry to the Wunderkammern is free. The gallery is open from Tueday to Saturday 11am – 7pm. Flawless Milano is proud to be a media partner of this exhibition.