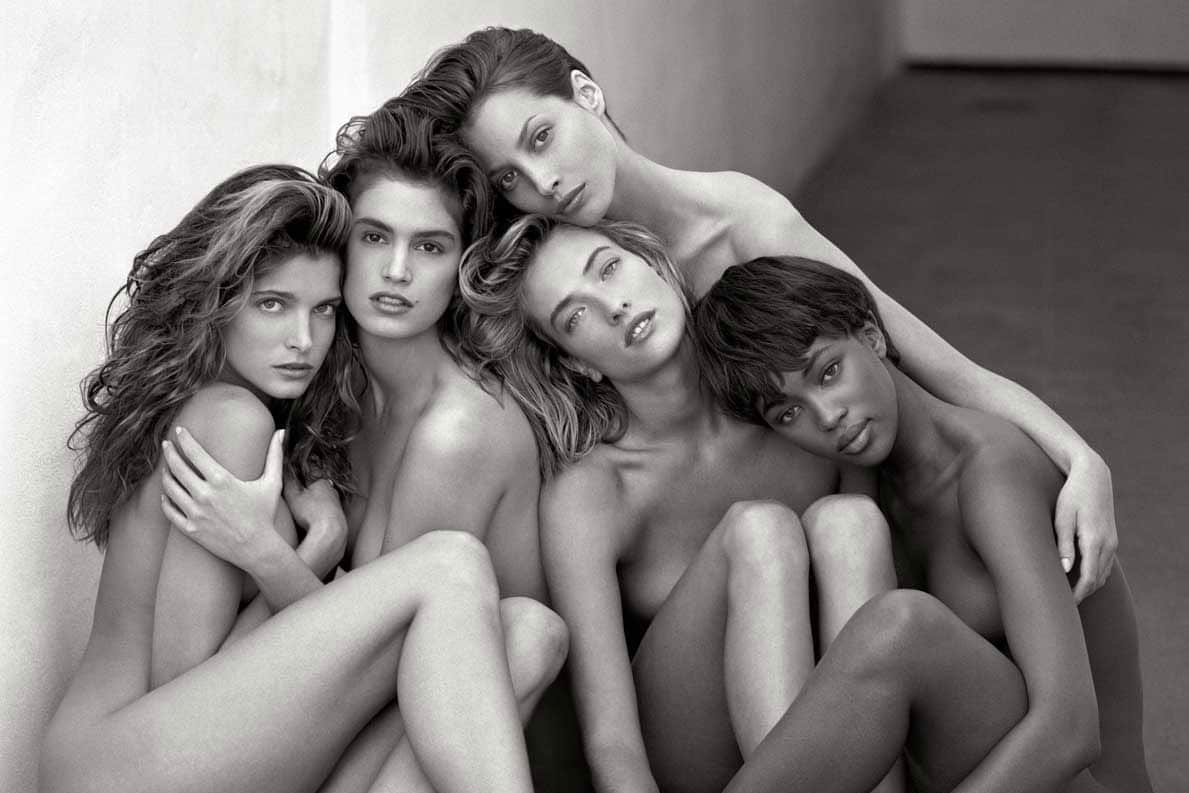 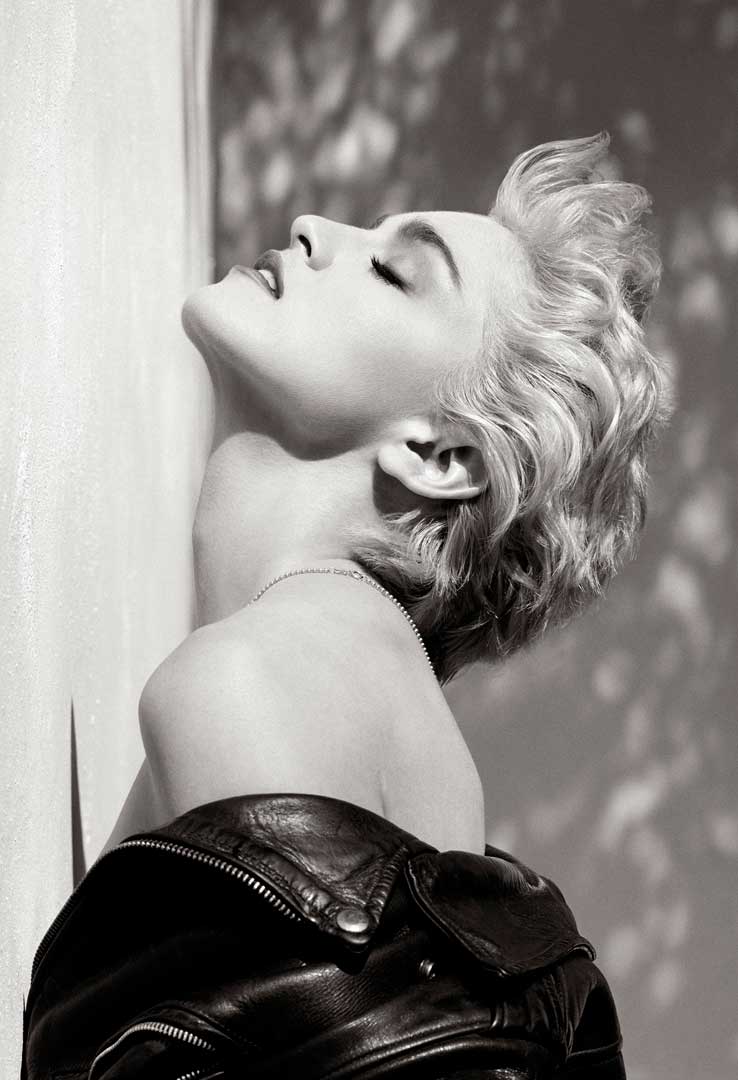 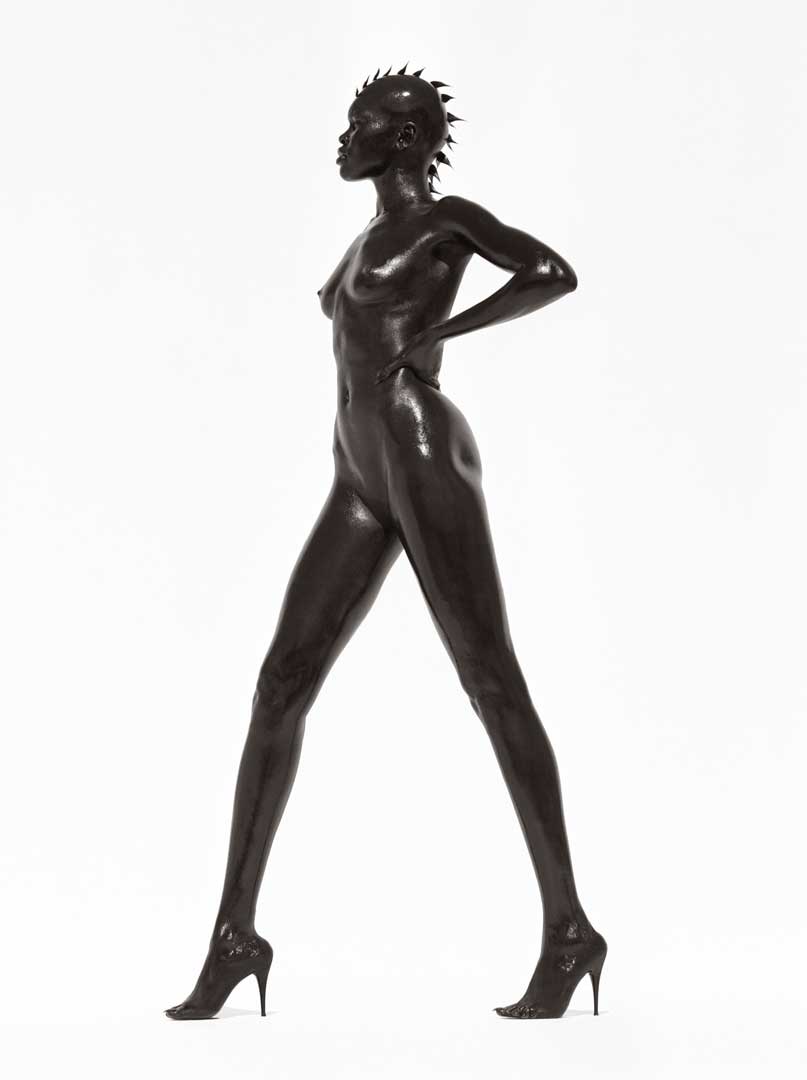 A rainy Sunday afternoon offered the perfect excuse to finally visit the exhibition “In equilibrio” (“In balance”) dedicated to the American photographer Herb Ritts (1952 – 2002), situated at the wonderful Palazzo della Ragione, home of photography in Milan. The location itself is worth the visit: located in the very central Piazza dei Mercanti, the old building, wonderfully decorated, dates back to the 13th century and represents one of the best testaments of the city’s Medieval history. It’s the ideal frame to host over 100 original images by an actual artist of the lens, who has contributed to write the history of photography with his work, just as much as Helmut Newton, Herbert List, and other photographers from the last century.

Entering the exhibition, you get immediately struck by the unmistakable style and by the balanced harmony of the American photographer’s shots. Structured following three main subject matters, the exhibit explores the themes that have fascinated Herb Ritts the most, during the course of his life: the portraits, the study of the body in movement, and the African landscapes and suggestions. A moving path, never predictable, that guides the spectator through photographs, enlargements and video installations coming from the Herb Ritts Foundation of Los Angeles, unveiling the extraordinary, creative, and visionary universe of the photographer. Images that distinguish themselves for an incredible balance, where all the elements, always immersed in natural light, contribute to the harmony of the composition. Black and white shots that seduce the eye of the spectator: faces chiseled by the play of light and shadows, bodies that stand out for all their eloquent plasticity, spaces and characters from the natural world, captured in their wild and simple beauty.

Walking around the exhibit, every single shot caught my attention for the attention to detail, the careful study of the subject and its exaltation through the captured image and, at the same time, for the ability to seize the intrinsic beauty of the instant captured: a world made of grace and lightness exposed on photographic film and enhanced by an impeccable technique. One element stands out amongst the others, the actual main character of all of Ritts’s production: the masterful use of light. From time to time, the natural light infuses the image with an effect of roundness, or with a sense of transparent opacity, or again with a piercing brightness.

And that’s when the themes explored by the exhibition acquire a myriad of different hues, destined to make every image unique. Amongst the portraits, the ones that stand out the most are those depicting characters that became true icons of the star system, thanks to Herb Ritts’s work as well. To mention a couple, a young Richard Gere, shot during a dusty stop at a gas station in the midst of a road trip, a striking Elizabeth Taylor, a radiant Drew Barrimore, whose profile becomes one with the light, strengthening the sublime tenderness of her features. And again, an ironic and disturbing Jack Nicholson playing the unforgettable Joker with his sardonic smile, and Madonna‘s portraits, captured with all of her gushing charisma.

The works on the body in movement reveal Ritts’s great sensitivity and the careful study of the classic shapes and the plasticity of the ancient sculptures: his subjects are often immersed in natural environments and portrayed in statuesque poses, always maintaining the balance that constitutes his signature style. Amongst many, stands out the famous photograph of Stephanie, Cindy, Christy, Tatjana, and Naomi, shot in 1989, that portrays the popular top models: five beautiful women hugging each other, the eyes towards the lens, that manages to capture the essence of every single one, showing their intimate beauty and character peculiarities.

Finally, the African landscapes and suggestions show the interest that Herb Ritts had always harboured towards the black country: during his many travels he could capture the images, the sensations, the characters, the animals, and the magical landscapes that had seduced him. Photographs that show the untranslatable emotion of catching a glimpse of a lioness at a river, a few steps away, or the majesty of a baobab, under the shade of which a young local is resting, so in tune with his land to almost become one with the tree’s bark, absorbed by the trunk as if he himself was part of the tree.

A number of videos complete the exhibit, showing backstage footage and the activities of the photographer, offering an overview of the kaleidoscopic universe of Herb Ritts. A truly enlightening exhibit, a special occasion to brighten the boring greyness of one of the first days of spring in Milan.