Where to eat truffle in Milan

If the sweet memory of a weekend in Piedmont between autumn mist, hills as far as the eye can see, coppery foliage and a visit to Alba on the occasion of the 89th International White Truffle Fair made your mouth water, know that Milan also offers special locations where you can eat the highly prized white truffle. Cozy rooms that taste of tradition, crackling fireplaces and palettes praising natural shades will be the perfect location for a tasty autumn dish.

A centuries-old history, that of the famous Alba White Truffle: poor quality food in the Middle Ages, in the 18th century it recalled its nobility in the courts of Europe and became fascinating entertainment for the illustrious guests who went to Turin during the harvest period. Called “Mozart dei Funghi” by the composer Rossini and “Sancta Santorum” of the kitchen by the literate Dumas, in 1831 a science was devoted to studying and analyzing the truffle.

It’s a mushroom meant to be tasted raw, embracing soft butter tajarin and steaming risotto, more or less seasoned cheeses, fresh meats from the best farms or delicate salads. Be captivated by the seasonal menus, in multifaceted locations: between starred preparations and restaurants “as in the past,” truffle in Milan will satisfy even the most demanding palates. You just have to sit at the table and close your eyes. From the Milanese streets to the Piedmont hills, Alba has never been so close. 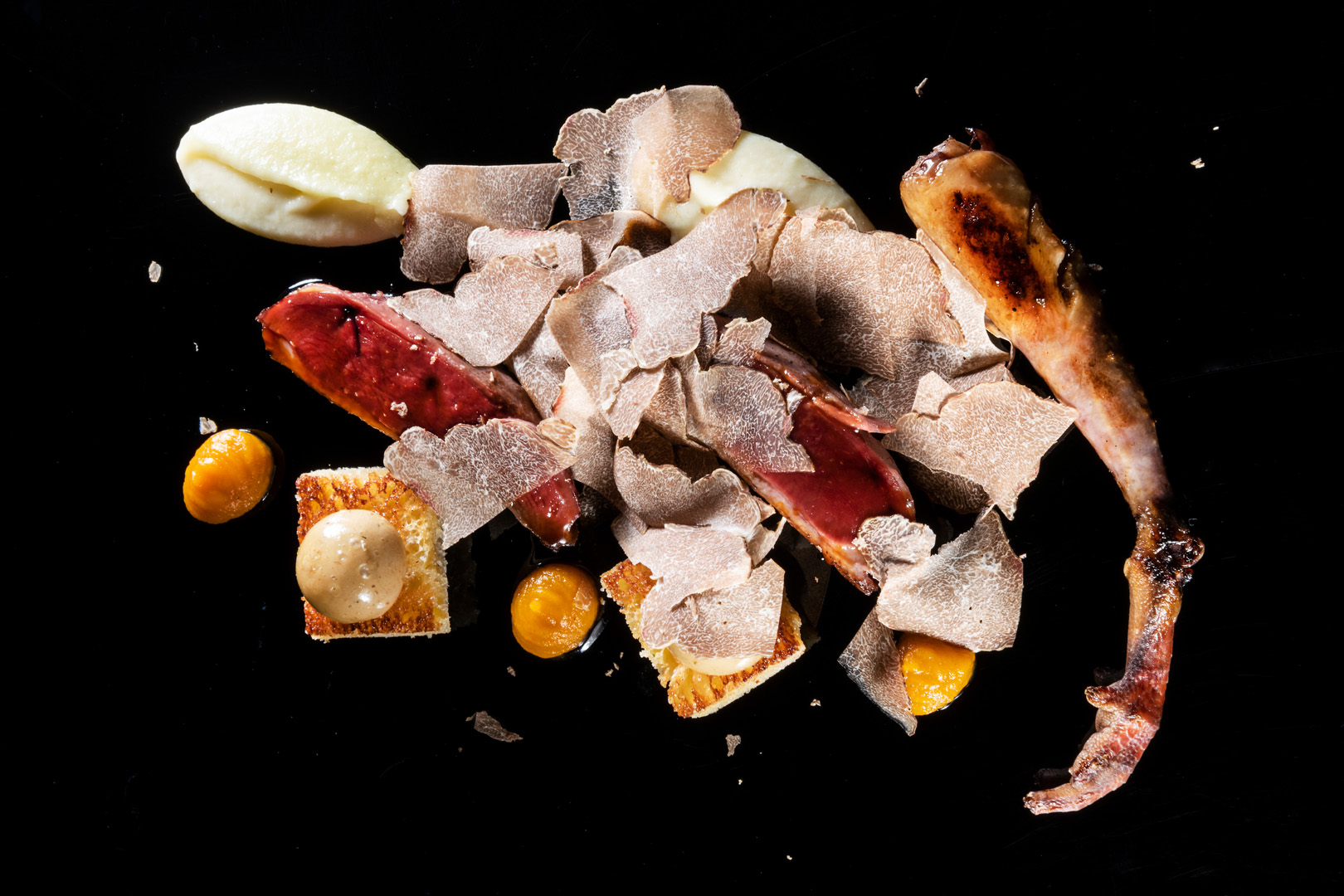 In the elegant setting of the Excelsior Hotel Gallia, with a panoramic view of the city of Milan, your taste buds will be delighted by a menu entirely dedicated to the Alba White Truffle. From the inspiration of the chefs, Vincenzo and Antonio Lebano, five courses with the intense aroma of the wood will flavor special and refined dinners until the end of the year. You’ll be charmed by the classic traditional tagliolini or the pigeon with buffalo yogurt potatoes, dark pumpkin and foie gras in a parable of taste that from appetizer to dessert will lead you on a journey of genuine flavors and daring combinations. 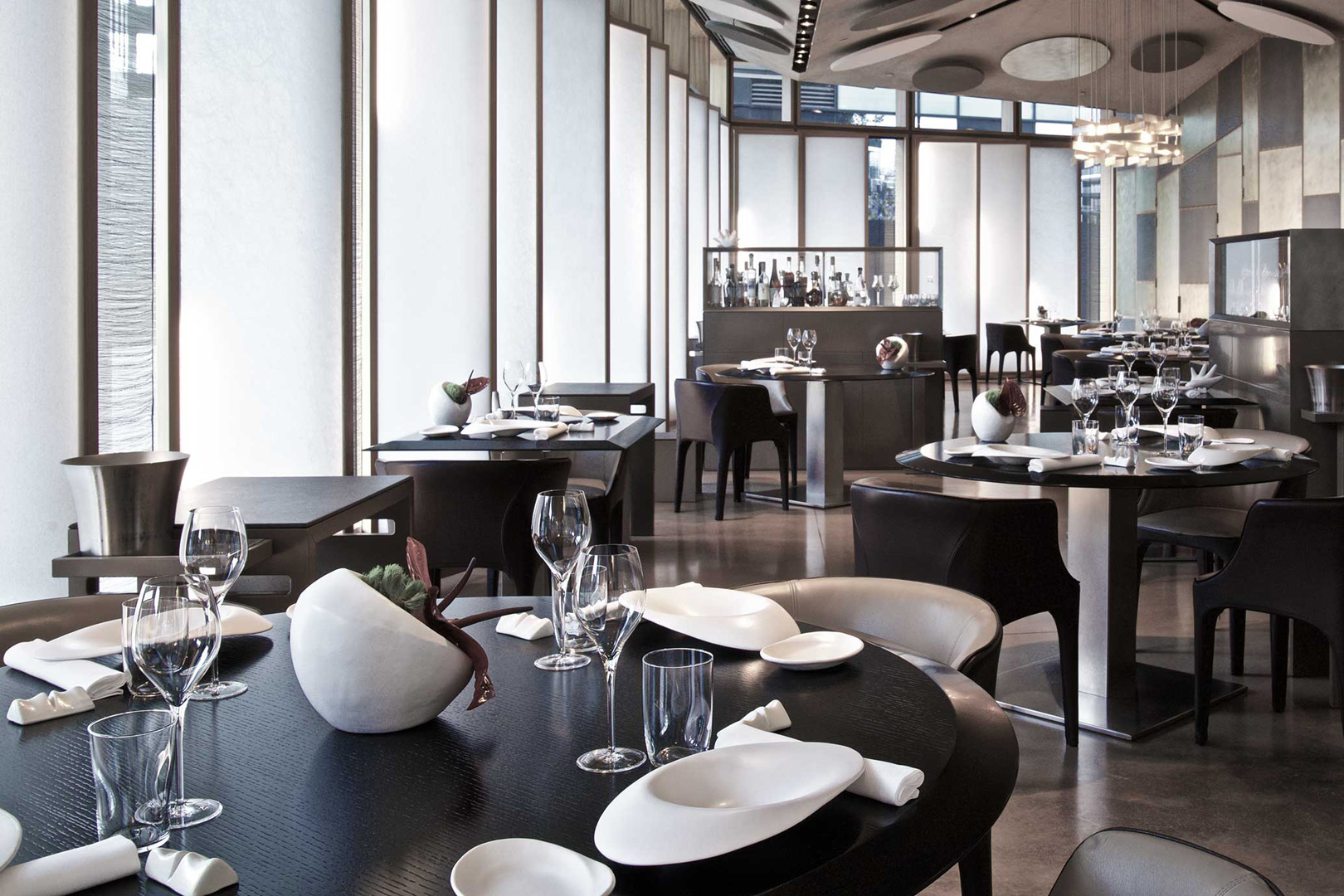 This is a restaurant that stands in one of the most futuristic neighborhoods of the city and focuses on a culinary ingredient from the centuries-old tradition. Andrea Berton has made these temporal opposites the object of research of his seasonal cuisine, creating a menu dedicated to the white pearl of the subsoil. To be savored along a five-course tasting menu or individually, according to your favorite combination, the flavors of the past are mixed with refined raw ingredients, including truffle aromas and unexpected textures. Take advantage of the open kitchen and take a cue for your perfect dinners. 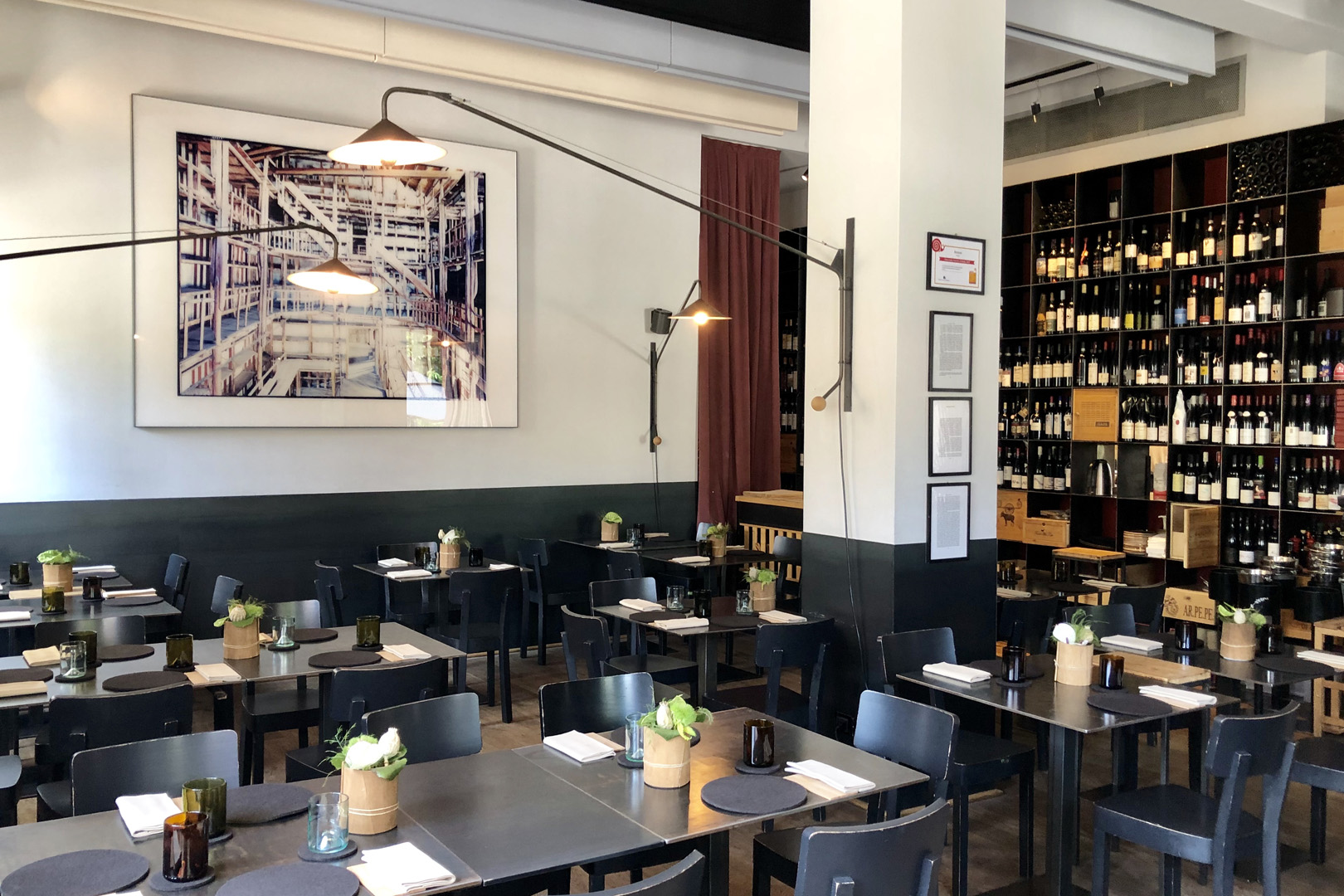 Nestled among the skyscrapers of Porta Nuova, in the shadow of the Vertical Forest, the Ratanà restaurant maintains its Milanese faith, with a traditional Lombard cuisine that partly draws inspiration from the architectural modernity that surrounds the location. The search for genuine products linked to the territory certainly cannot renounce the aroma of the White Truffle of Alba, selected by the best producers in the area for a seasonal menu for connoisseurs. Enter this Art Nouveau building and let yourself be amazed by Chef Battisti. The flavors of a cuisine made with love will charm you. 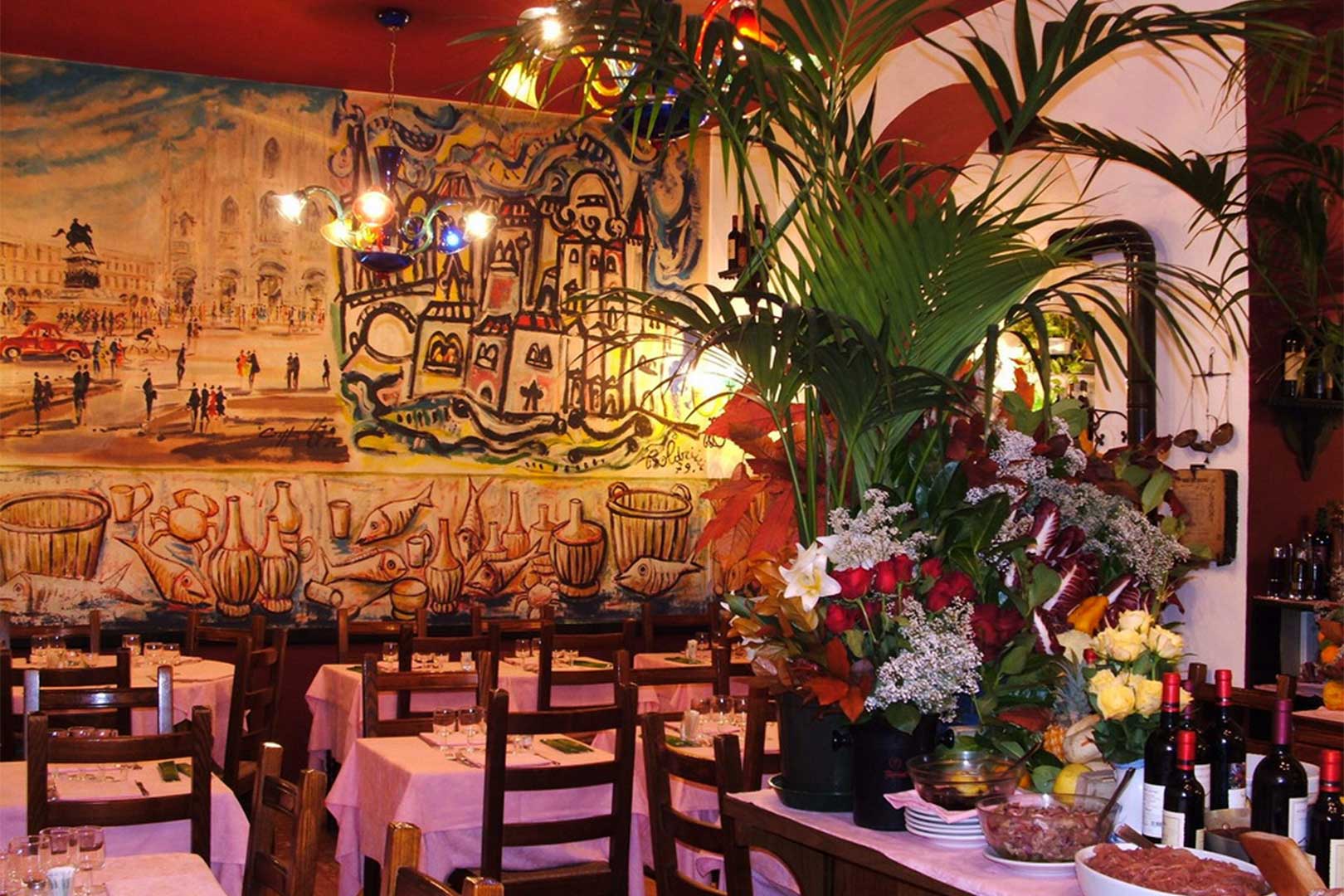 This is the real Milanese cuisine “without reinterpretations” and “without inventions” as stated by Elide and Marco, owners of a historical brand that with butter, polenta and oss buss have fed the Milanese people since 1962. Proponents of tradition, they cannot do without Alba White Truffle for a delicious seasonal menu featuring homemade tagliolini and fried eggs. Between hand-decorated walls with Old Milan scenes, vintage objects and collectible bottles, enjoy a home-cooked meal with impeccable service, accompanied by a glass of wine, strictly local. From the Tuscan hills to Via Fiori Chiari, in the Milanese district with a bohemian soul: Torre di Pisa was born in the 1960s with the intention of pampering its guests with the goodies of regional cuisine and the savoir faire of an authentic trattoria. Here, the white truffle is at home when the autumn mists unfurl through the narrow streets of the city, to be enjoyed with traditional classics, including original tiles, ancient woods and home air. Choose the room of the tapestries for a fragrant dinner that pleasantly affects even the view or the more intimate with only two tables, for a romantic food and wine tête-à-tête. 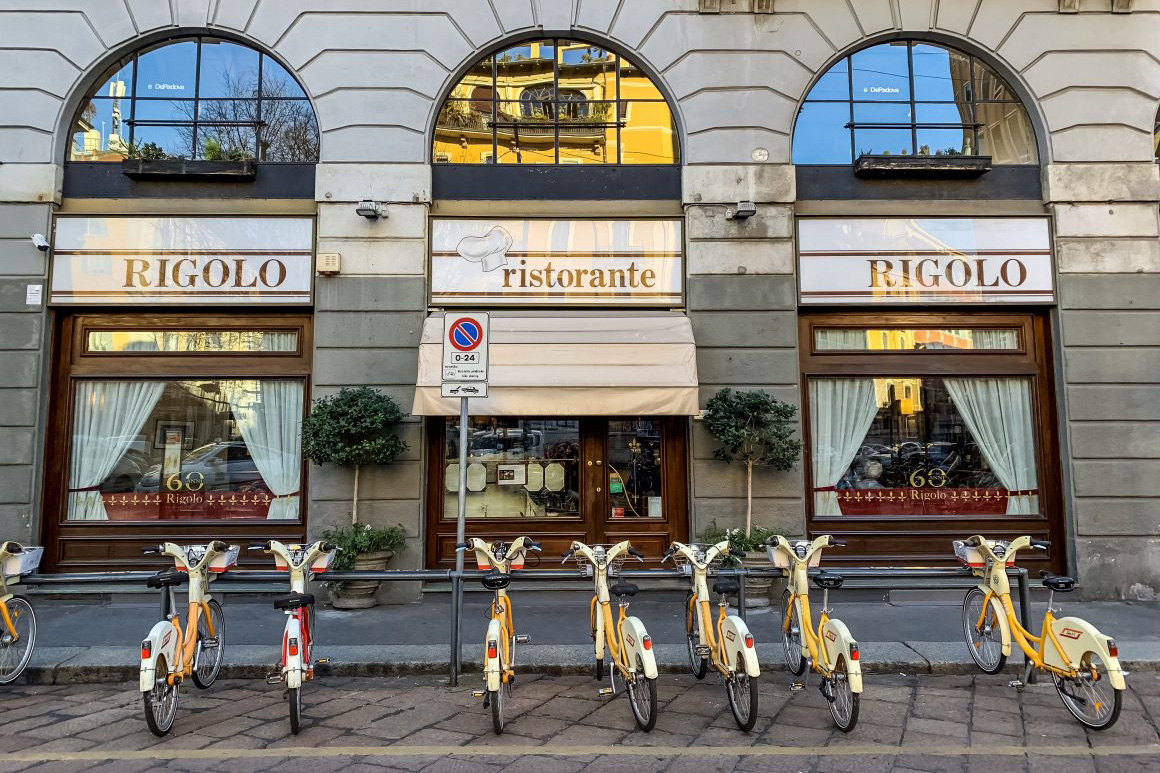 Photo credit ©  www.travelfashiontips.com
Over 60 years of history for this address which, from the most authentic Tuscany, has brought real and genuine cuisine to Milan. A place that has met famous faces of art, politics and entertainment in a whirlwind of stories that today can be relived in the rooms dedicated to satire, photography and painters. The menu of the classics is accompanied by the suggestions of the season, where the white truffle reigns supreme between hot and steaming first courses, to be savored until the last bite. Enjoy an embrace from the woods in an atmosphere of times gone by, surrounded by a vast collection of books to browse. 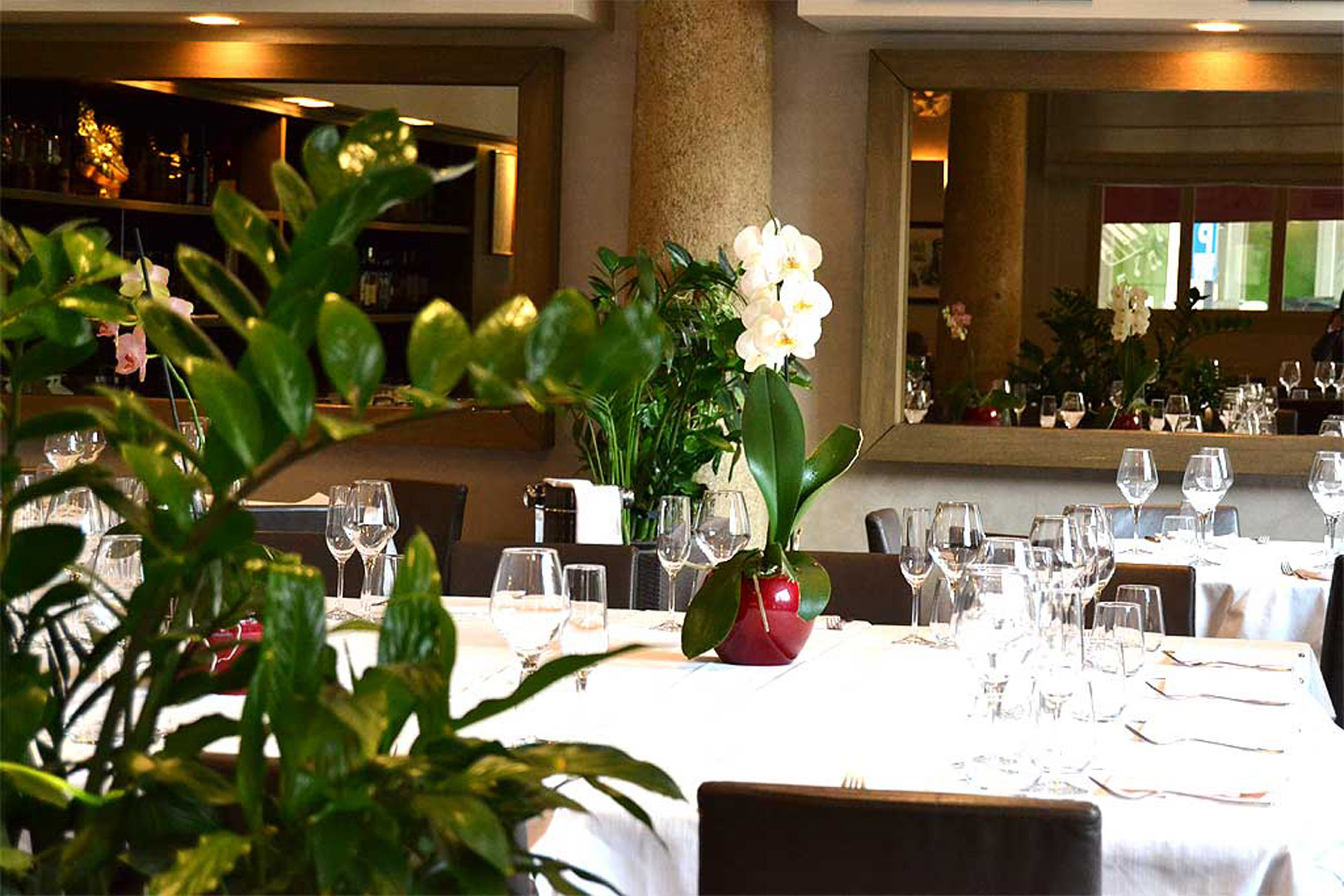 This is a place that speaks in Milanese dialect, but with a multilingual soul in the constant search for experimentation and innovation in the kitchen. Ristorante Piazza Repubblica is considered by the Milanese to be one of the staples of truffle catering, boasting a seasonal historical menu guaranteed by a genuine raw ingredient, with an unmistakable aroma and flavor. Soft flakes flavor tagliolini, risotto, meats, fish and desserts for a gourmet experience of a thousand and one nights, which becomes a pleasant fixed appointment to be marked on the agenda every year. 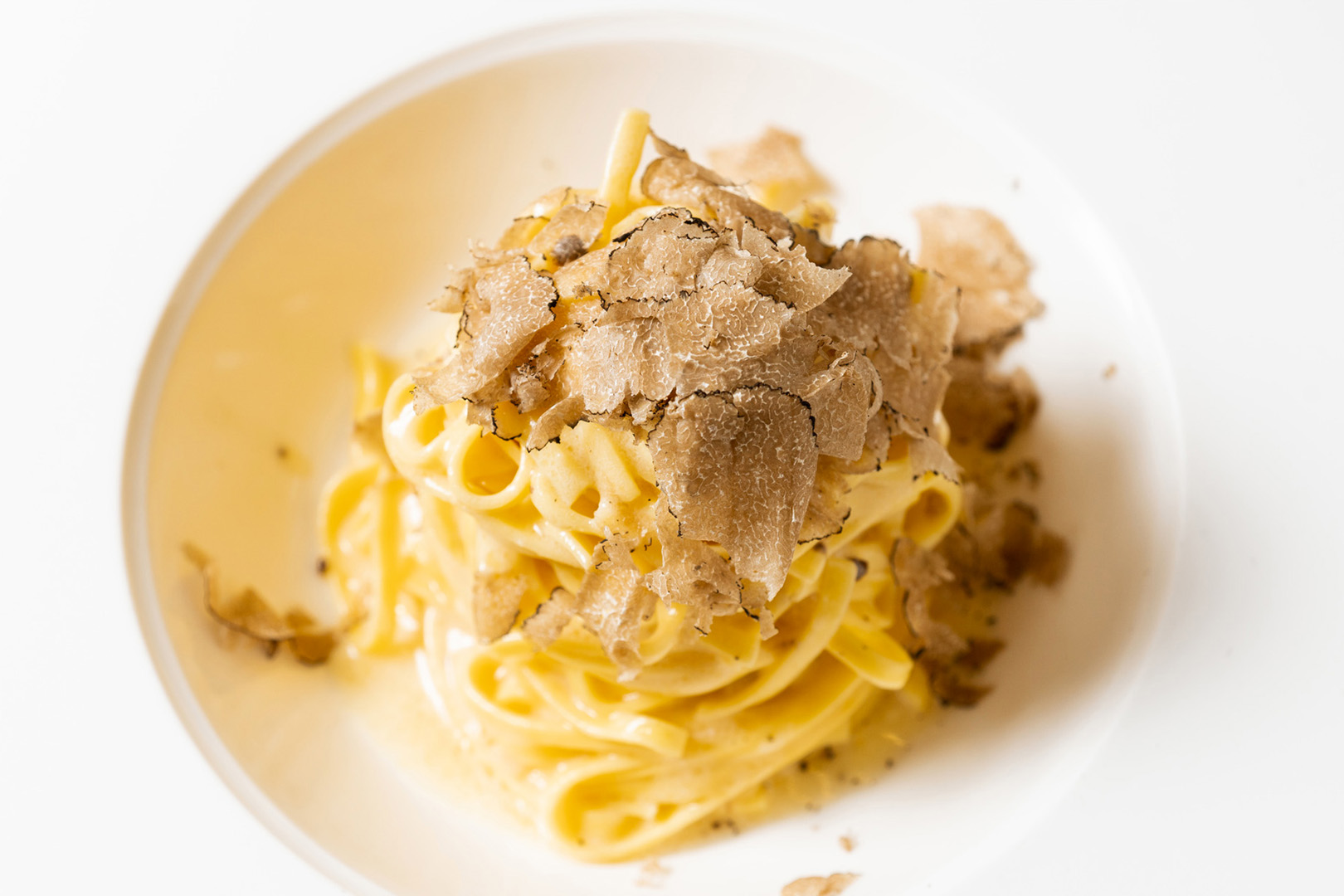 The whim of a Milanese corner dedicated to the truffle is guaranteed by Tartufotto, a concept in the heart of the city, born from the Savini family’s love for high quality raw ingredients. Among modern furnishings reminiscent of tree trunks and natural light that penetrates the large windows, a menu dedicated to the white gold of the subsoil will brighten your meals with friends. From the simplicity of regional recipes to preparations that wink at a tour around the world, you’ll be enveloped by the intense aroma and conviviality of a place where autumn seems to have stopped. 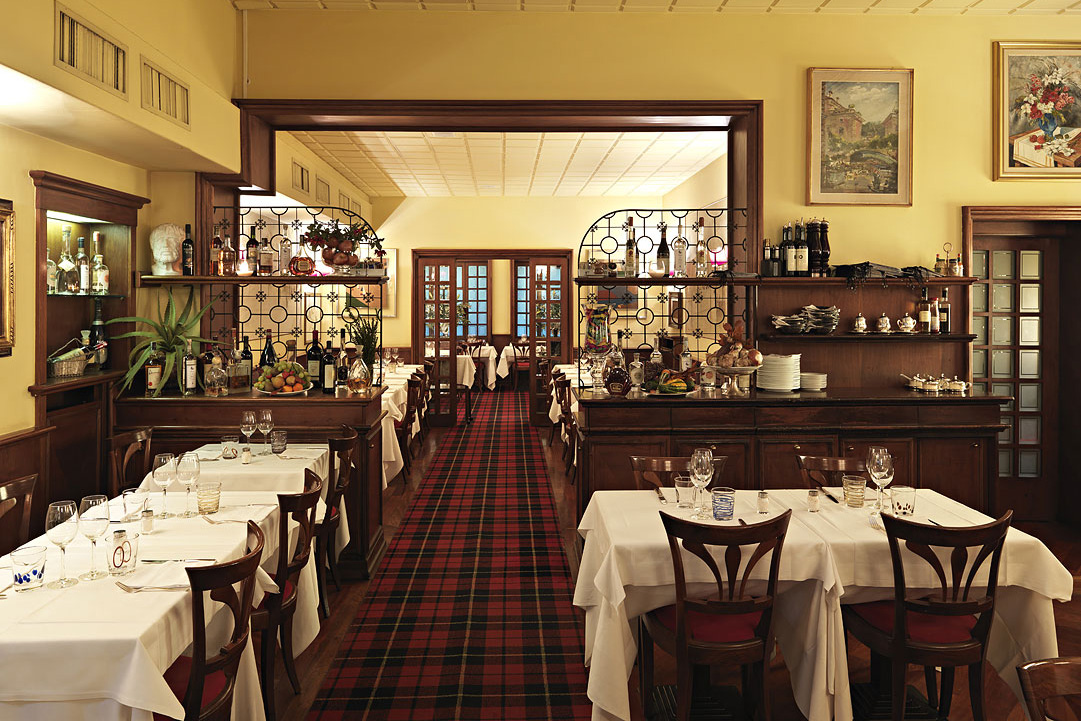 Tartan, dark wood and an elegant atmosphere of the past make up the business card of Bice, the temple of Milanese restaurants courageously opened by Beatrice Mungai, in the early twentieth century. Once a meeting place for celebrities linked to the world of entertainment and sport, today it remains a certainty for those who want a meal according to the ancient tradition. During the autumn season, in the charming rooms there is a delicious woody scent deriving from the precious Alba White Truffle which embraces unforgettable homemade pastas. An elegant and refined trattoria that celebrates the Milan of the 1930s in an Art Nouveau location, among ancient wood, large mirrors eroded by time and wrought iron. An internal patio away from the gaze of passers-by is sheltered by a pergola of wild grapes and old advertising plaques decorated the walls. The protagonist of Aurora is the Lombard-Piedmontese tradition, fil rouge that brings fresh pasta and excellent meat to the table. The Alba Truffle is inevitable for the cold autumn season, which from the Langhe hills reaches your laid tables, for a meal with regional scents and colors.