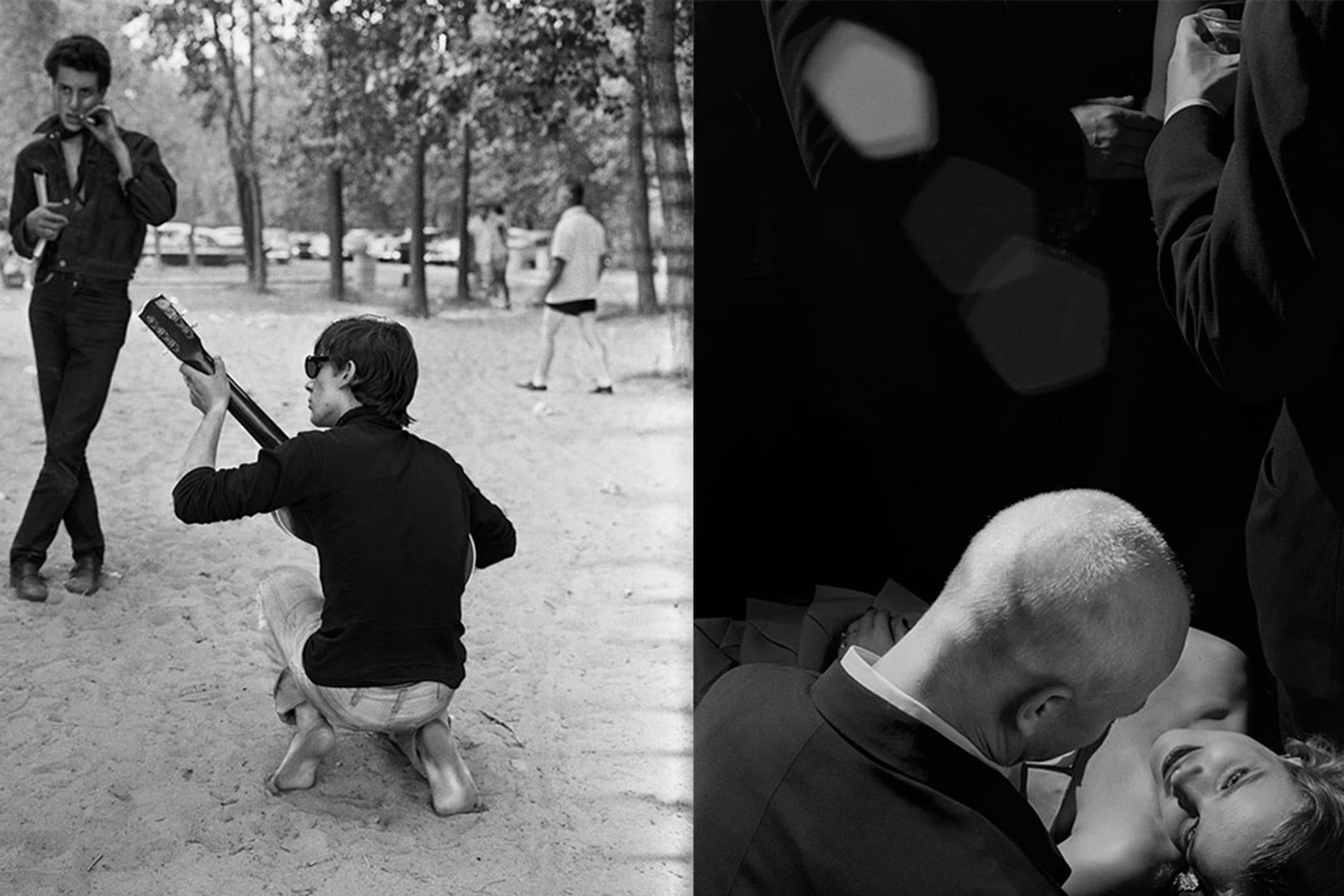 Kicking off today at the Armani/Silos are two separate exhibits from world-renowned American photographer, Larry Fink. Having exhibited in New York’s Museum of Modern Art, and the Whitney Museum of Modern Art, the New York based photographer has been selected by Giorgio Armani himself. The exhibits – the first being titled ‘The Beats’ and the second, ‘The Vanities’ – span two different parts of the photographer’s storied career and two very different groups of people.

‘The Beats’ traces Fink’s time in New York’s Greenwich Village as he catalogued the activities of prolific members of the rebellious artistic members of the late Beat generation including painters and poets such as Turk Le Clair, Amiri Baraka (formerly LeRoi Jones) and Robert Cordier. Despite being only 18 years old at the time of taking these photographs, Fink demonstrated a maturity and an awareness far beyond his years, as well as some emotional distance from his subject matter.

‘The Vanities’ exhibit that runs alongside ‘The Beats’ meanwhile brings together photographs from much later in Fink’s career (from around 2000 onwards). ‘The Vanities’ is a collection of photographs from some of the most lavish celebrity parties in and around Hollywood. The collection includes photographs of Sean Combs aka Puff Daddy, Hugh Heffner and Kate Winslet to name just a few. These are the parties where everyone wanted to be seen – but how they are seen and how they are captured by Fink’s lens is a completely different and an utterly fascinating story.

Armani/Silos is the perfect venue for this mix of art and glamour and both of Fink’s exhibits are bound to impress. All in all, 125 prints will be on show, 44 from ‘The Beats’ and 71 from ‘The Vanities’. Don’t miss this opportunity to see one of the most important photographic exhibitions of the year. The exhibit will run until July 2017.