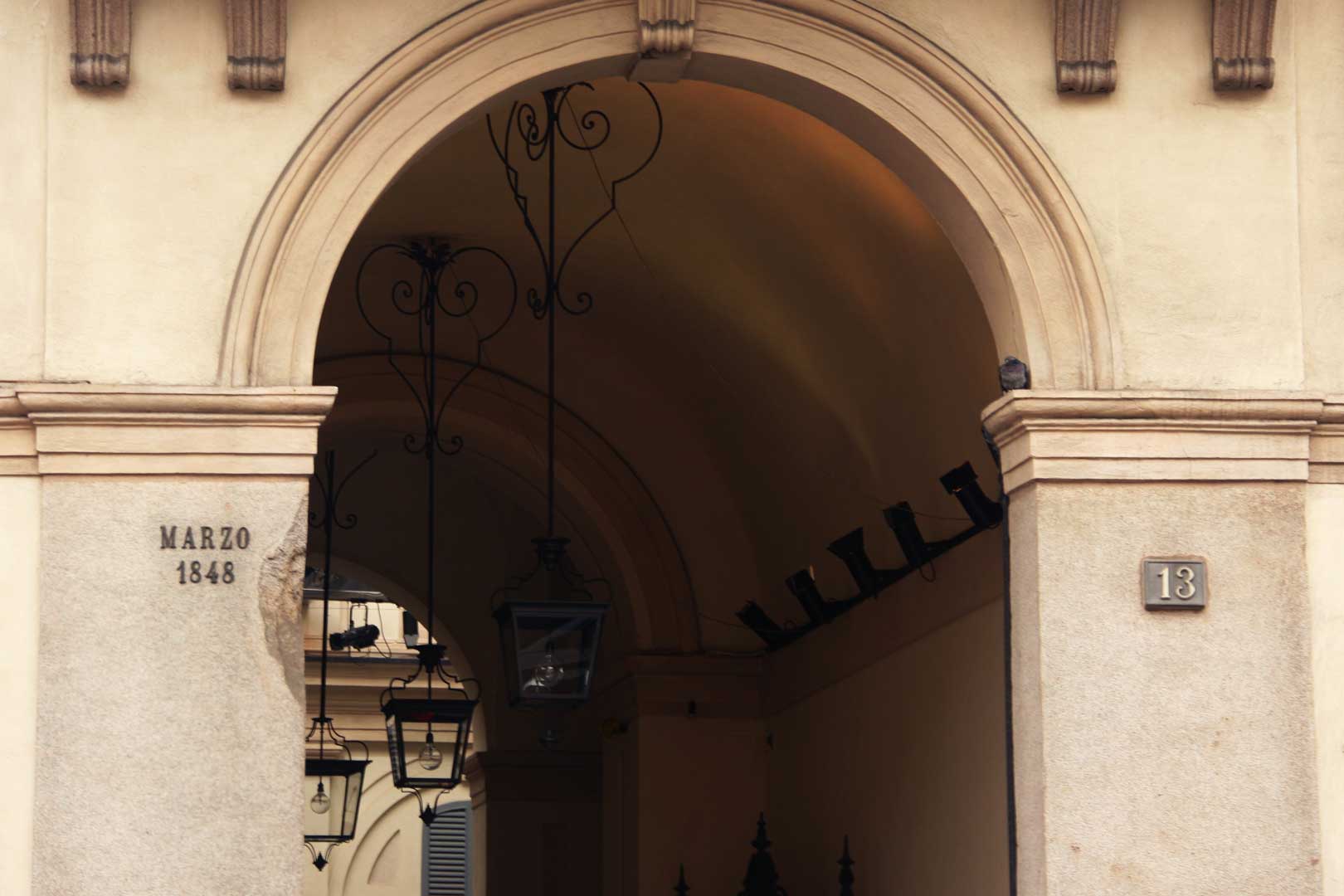 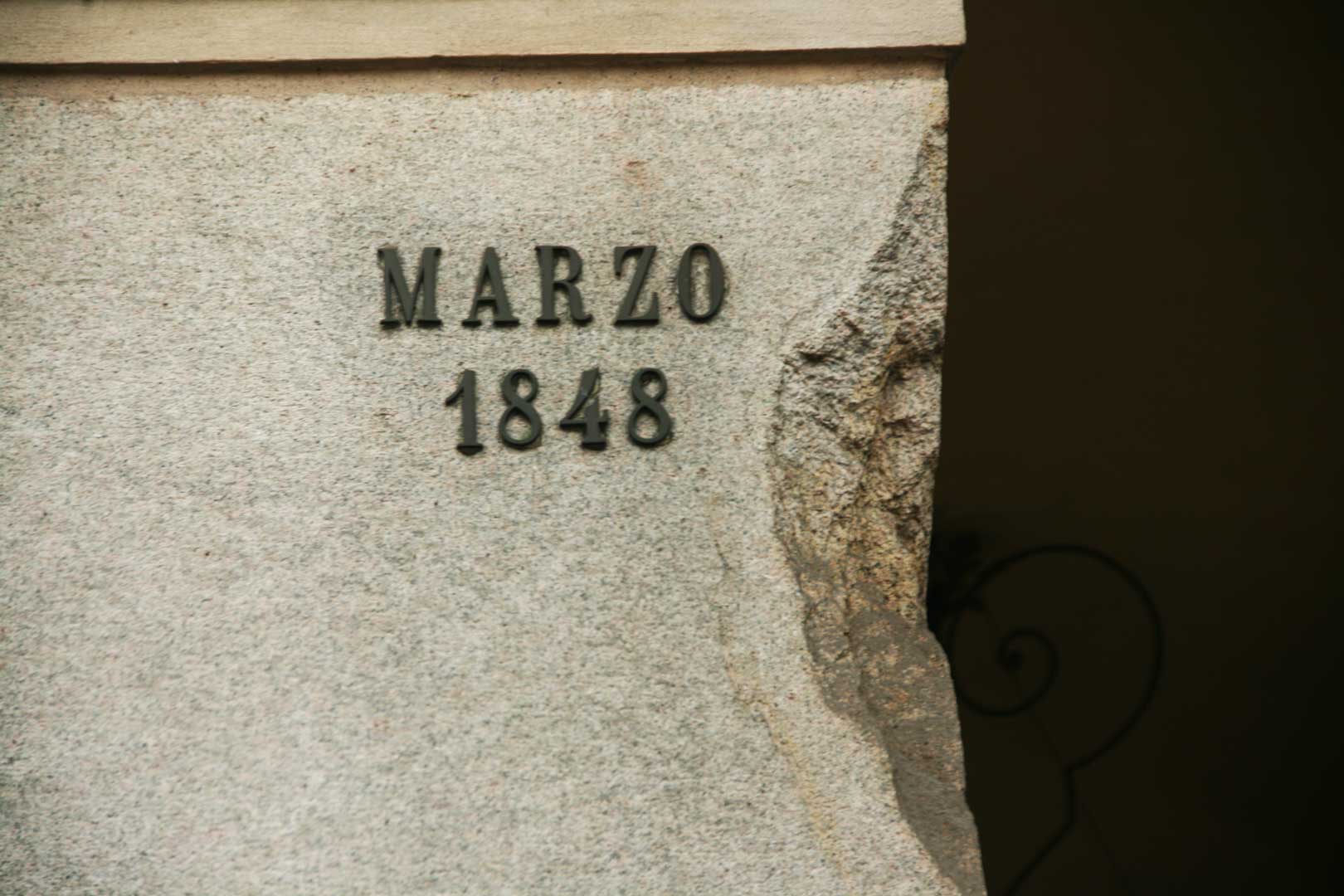 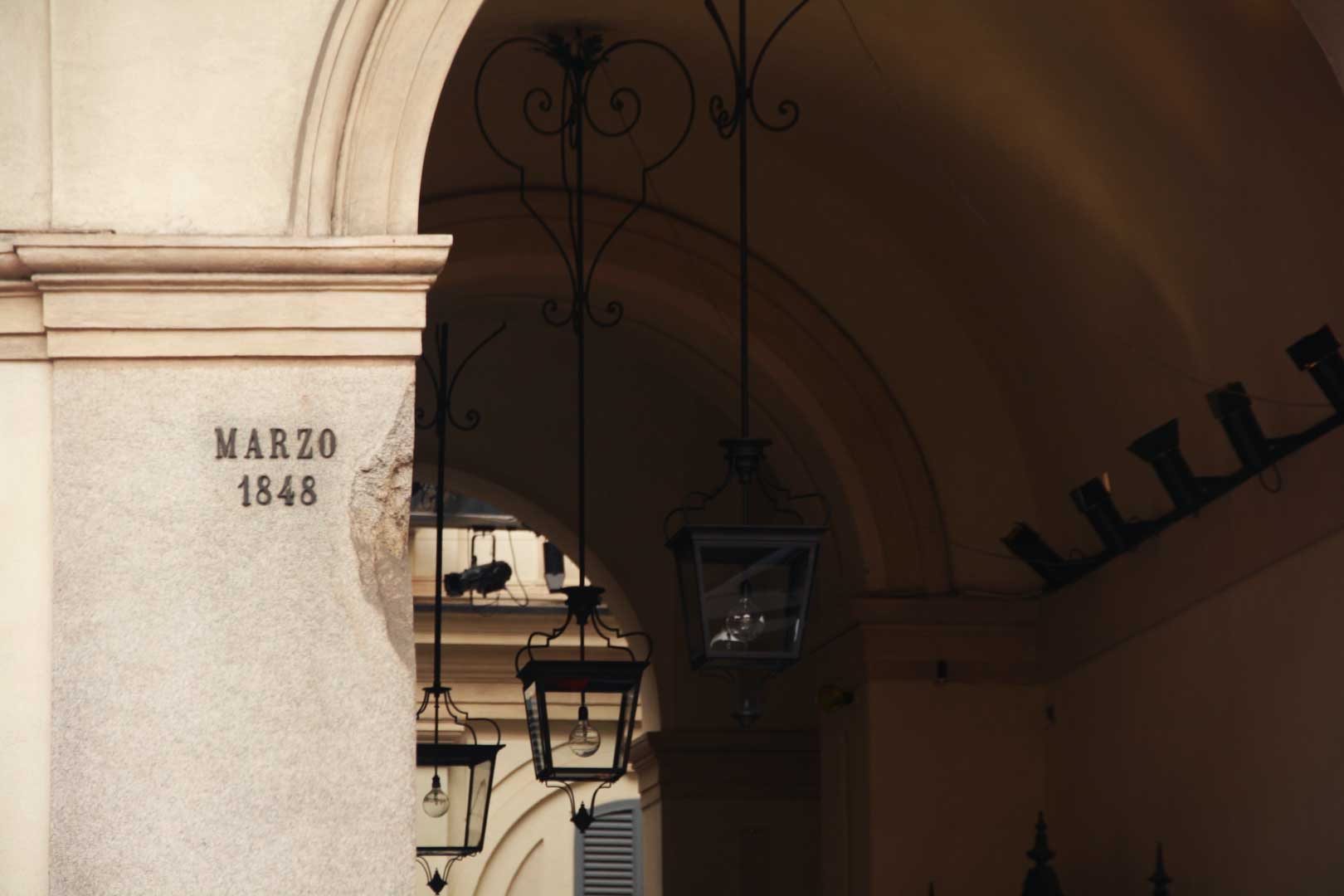 Corso Venezia, at the corner with via della Spiga, you can still see the signs of Austrian cannon shots fired during the "Five Days of Milan".

If you look carefully around downtown, it’s not hard to notice the city is still showing many signs telling a story, sometimes the HIstory. It is so for two of the edges of Casa de’ Maestri, at number 13 in corso Venezia and at the corner with via della Spiga. These corners still bear the signs of the Austrian cannons that fired during the “Five Days of Milan“, which took place between March the 18th and the 22nd of 1848.

During the Five Days of Milan, the population led a revolution against the oppressive Austrian supremacy. General Josef Radetzky, from inside the Sforzesco Castle, organised the army and everyone, nobles, women of the people and children participated in the revolt.

Austria’s reaction was very tough, so much so that they shoot with cannons in the center of the city. The last battle, where the Milanese defeated the rulers forcing them to flee, took place in Porta Tosa, which since then became Porta Vittoria (literally Victory Gate).

The next time you park your scooter in front of the Bar Martini, have a look at these signs. 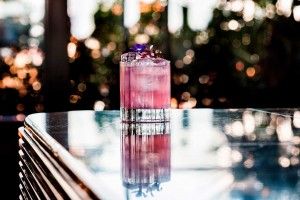 To open the ranking on Google Maps, click here. Per leggere l'articolo in italiano, cliccare qui. In Porta Venezia, the eccentricity of the cultural district is reflected in its restaurants, which are framed by Art Nouveau architecture. A few kilometers away, a sense of trendy liveliness fills Brera and Moscova. Meanwhile, in the south, the [...]